After lunch, we rushed back to Peppa Pig World as Peppa and George came out at 1pm to meet and greet. They do it every few hours throughout the day so you should get chance to meet them at some point. 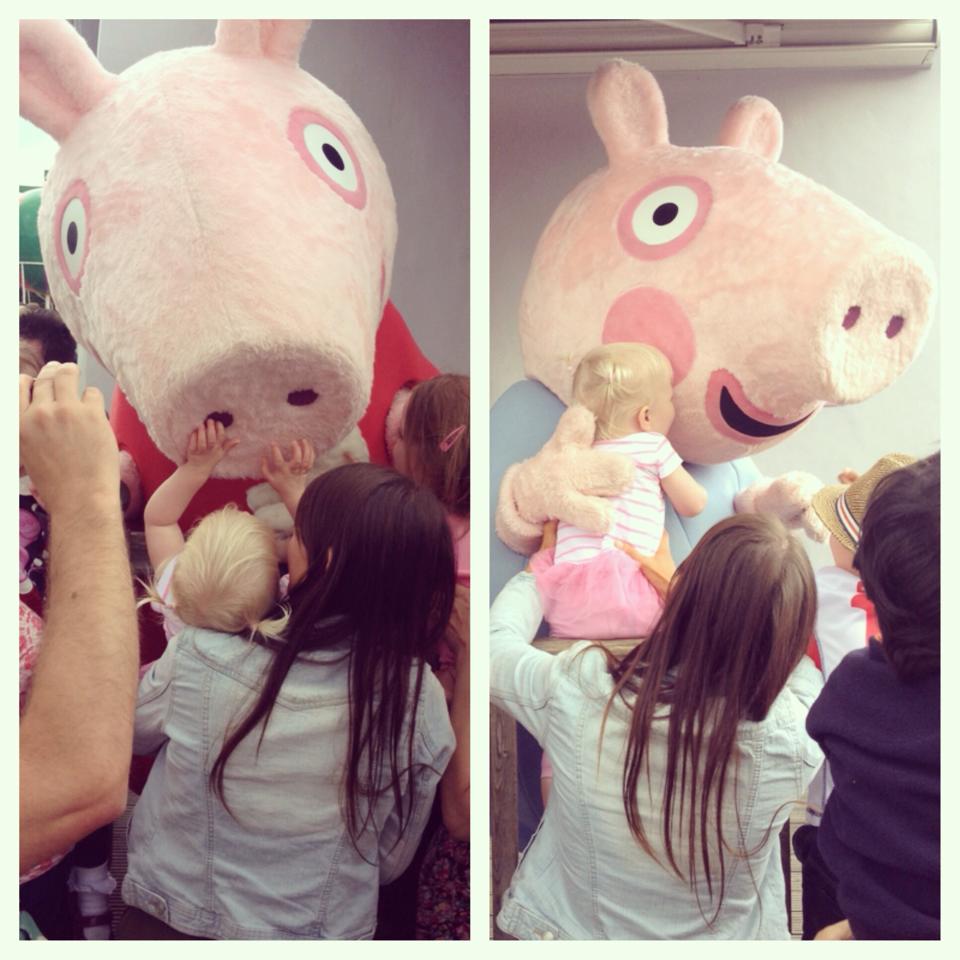 We eventually managed to get into the front so Sienna could get a cuddle but honestly, it was like a group of teenagers at a concert! Arms flung everywhere, people screaming, flashing photos.. it was crazy in there but so worth it to see Sienna's little face when she cuddled George, aww! It must have been the best part of the day! 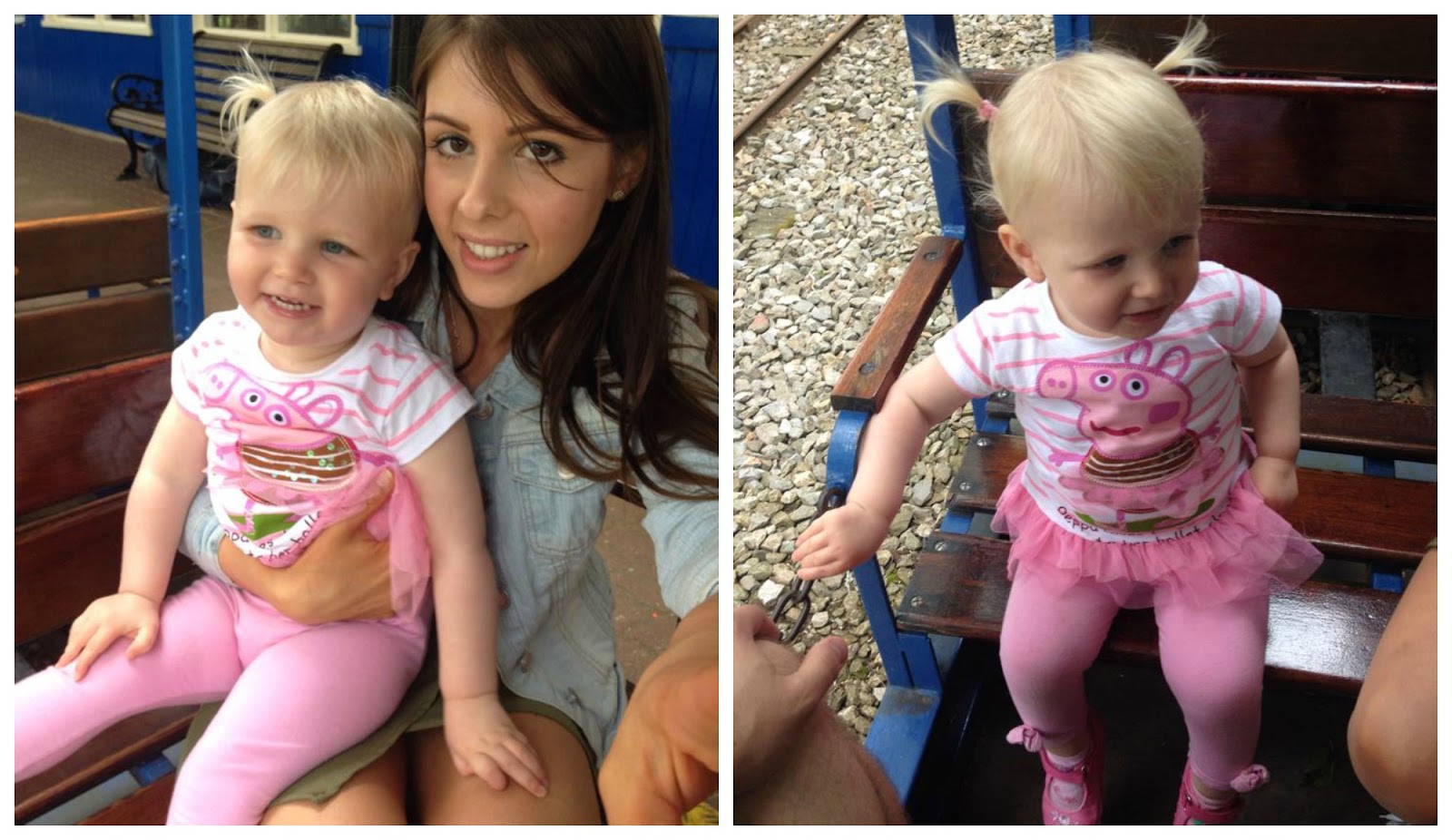 After meeting Peppa & George we had a relaxing train ride on the Rio Grande Train ride which is part of the Paulton's park and goes past the lake. Again it was fun and Sienna enjoyed it, and a nice little break for mummy and daddy! 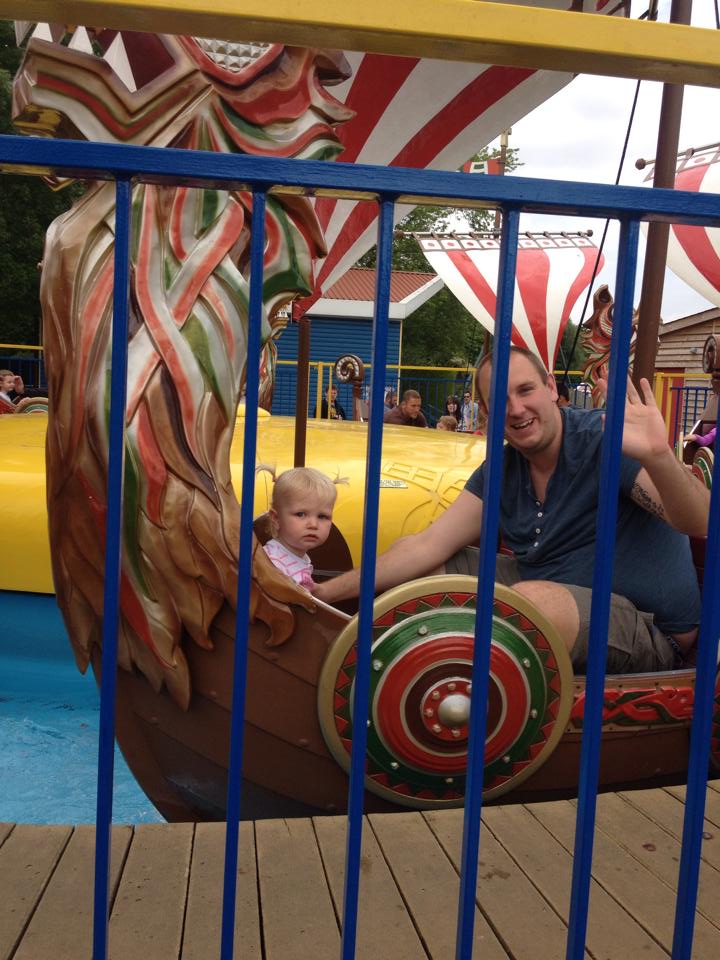 I think one of Sienna's favourite rides was the Viking boat which was actually in the Paulton's Park section. The boats are on water which is what they are peaking over the edge of the boat to look at, she also loved holding the sail, she was just amazed by it. 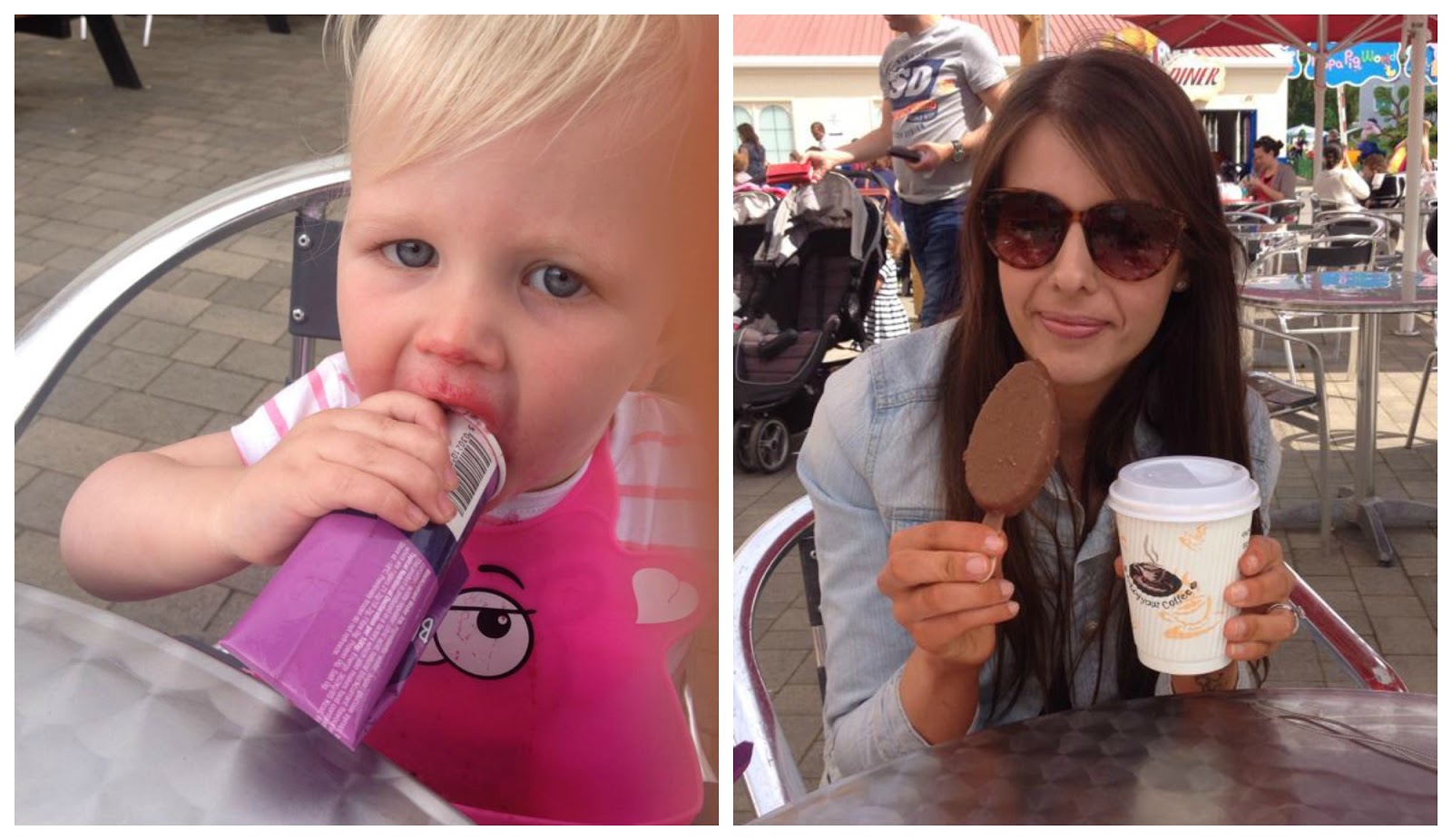 We then had a little afternoon pick me up. Warren and I had coffee and ice creams and Sienna got her first ever ice lolly, she definitely enjoyed it! The coffee was really nice and so were the ice creams, they are all made using the New forest ice cream. 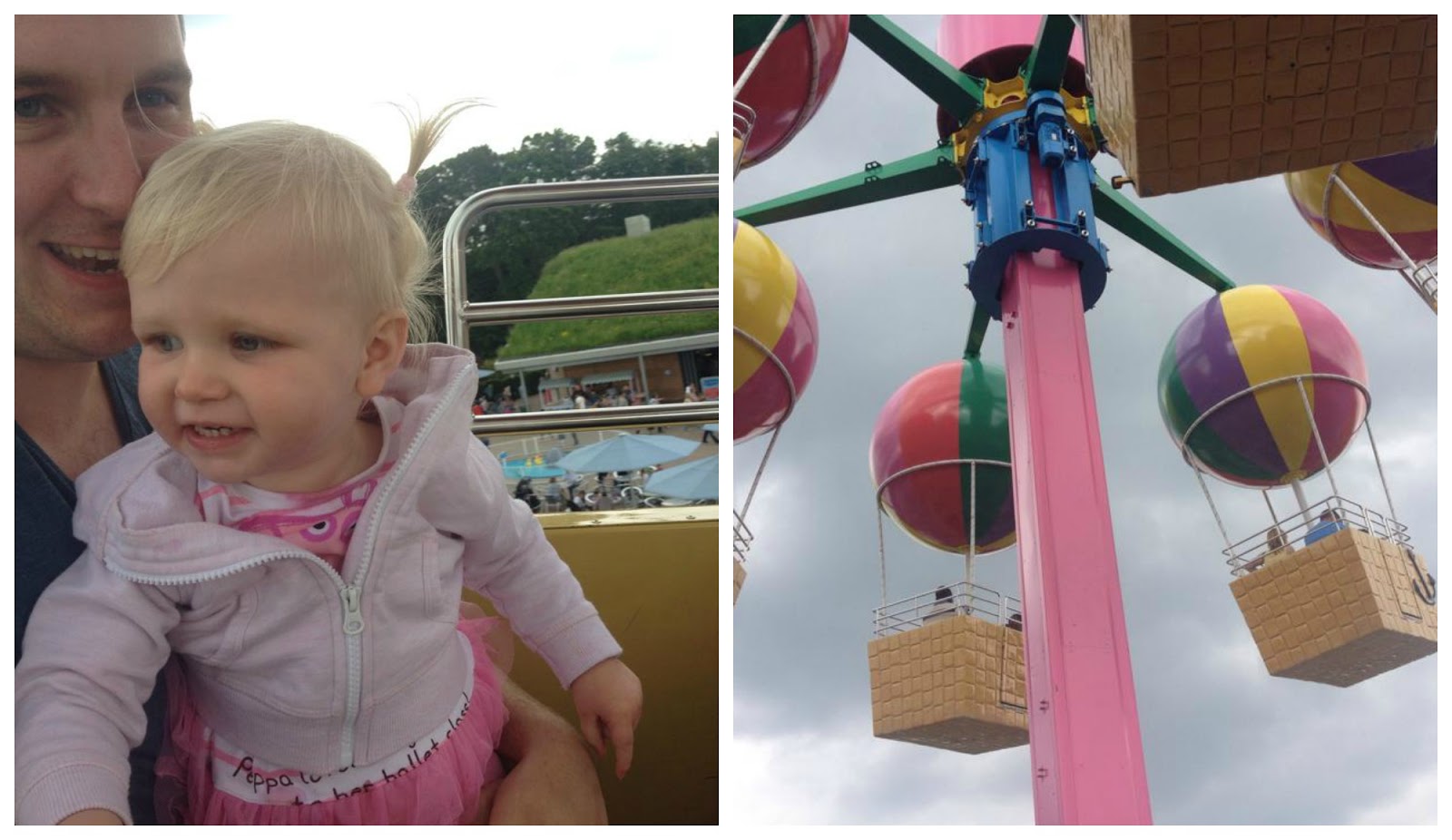 We had one last ride before we left and we chose Peppa's big balloon ride. I must admit I hate heights so I didn't enjoy it much, it was too high and too fast haha but I am a wimp. It didn't phase Sienna at all, she loved looking out at all the people below us. They do say this is not suitable for under 12 months however there was a mum in one of the balloon's cuddling a newborn, she was allowed on and they were fine, I told you I was a wimp!! 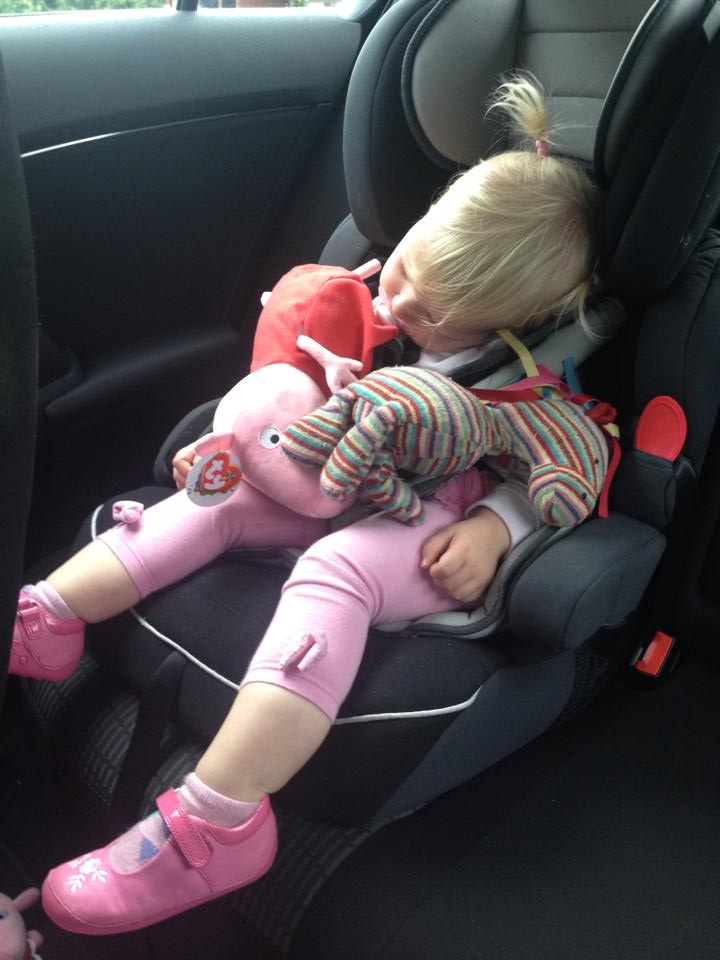 It was then time to go home, we didn't have time to go on everything but Sienna was really tired as she hadn't napped all day and was getting a bit grumpy. We got her a few souvenirs from the gift shop; a peppa cushion and a Peppa and George cuddly toy. It was a fab day out and I would recommend it, if you live locally I'd definitely recommend getting a season ticket as it is so big you don't get chance to fit it all in! If you don't live so locally you can do a short break which would be so worth it! You'd definitely have enough to fit into 2 days as some of the rides in Paulton's park would be suitable as well depending on ages.

If you haven't seen our vlog of the day yet, check it out below!

Have you been to Peppa Pig World? What did you think?