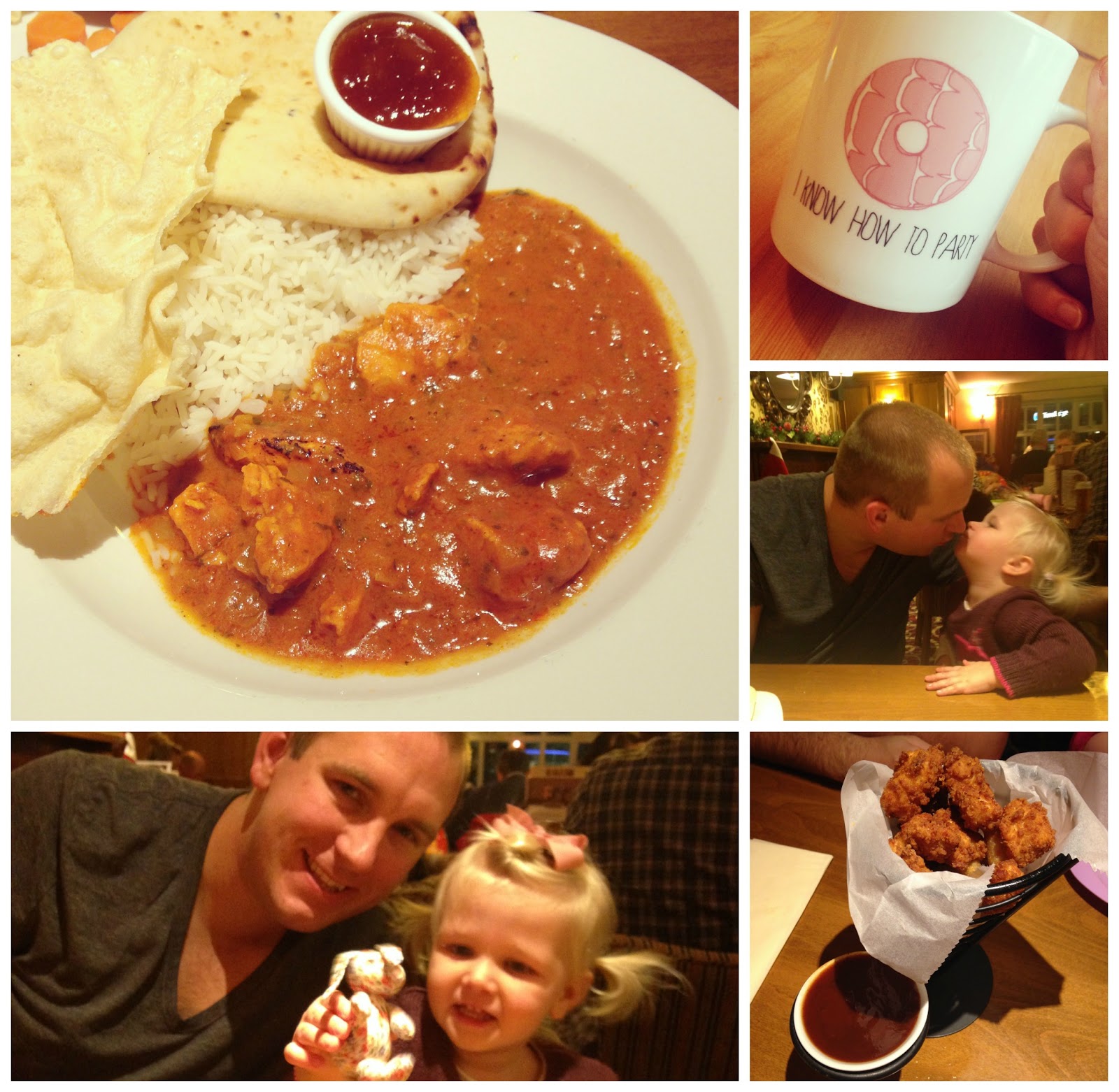 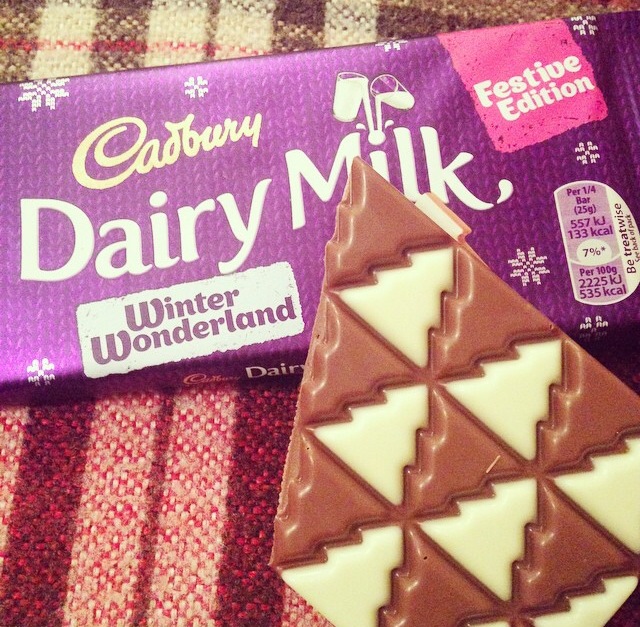 On Friday, Sienna and I just had our usual day of doing the chores and playing. We were both really exhausted so it was nice to just chill out a little bit. I had actually done a beef stew in the slow cooker but when Warren got home we made the decision to go out, I just really fancied a little family dinner date! We ordered a sharer starter of chicken bites and onion rings with reggae reggae sauce and then I went for a Chicken tikka masala and Warren got a steak. Sienna had the kids lasagne not that she ate much of it! We skipped dessert in favour of Cadbury's ;)

Saturday was actually my brother's 21st birthday! We had a party for him which was fancy dress.. you had to go as something that began with the first letter of your name! I went for 'Kitten' as it was easy and Warren went as Where's Wolly haha! Sienna only came for about an hour as she gets so tired and she was actually a bit ill. She stayed at her Grandma's for the night so we could let our hair down.. I definitely took advantage and enjoyed my wine! 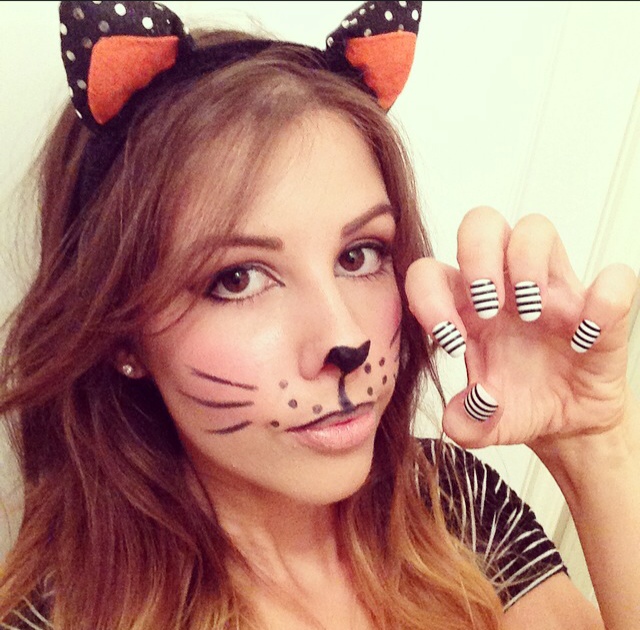 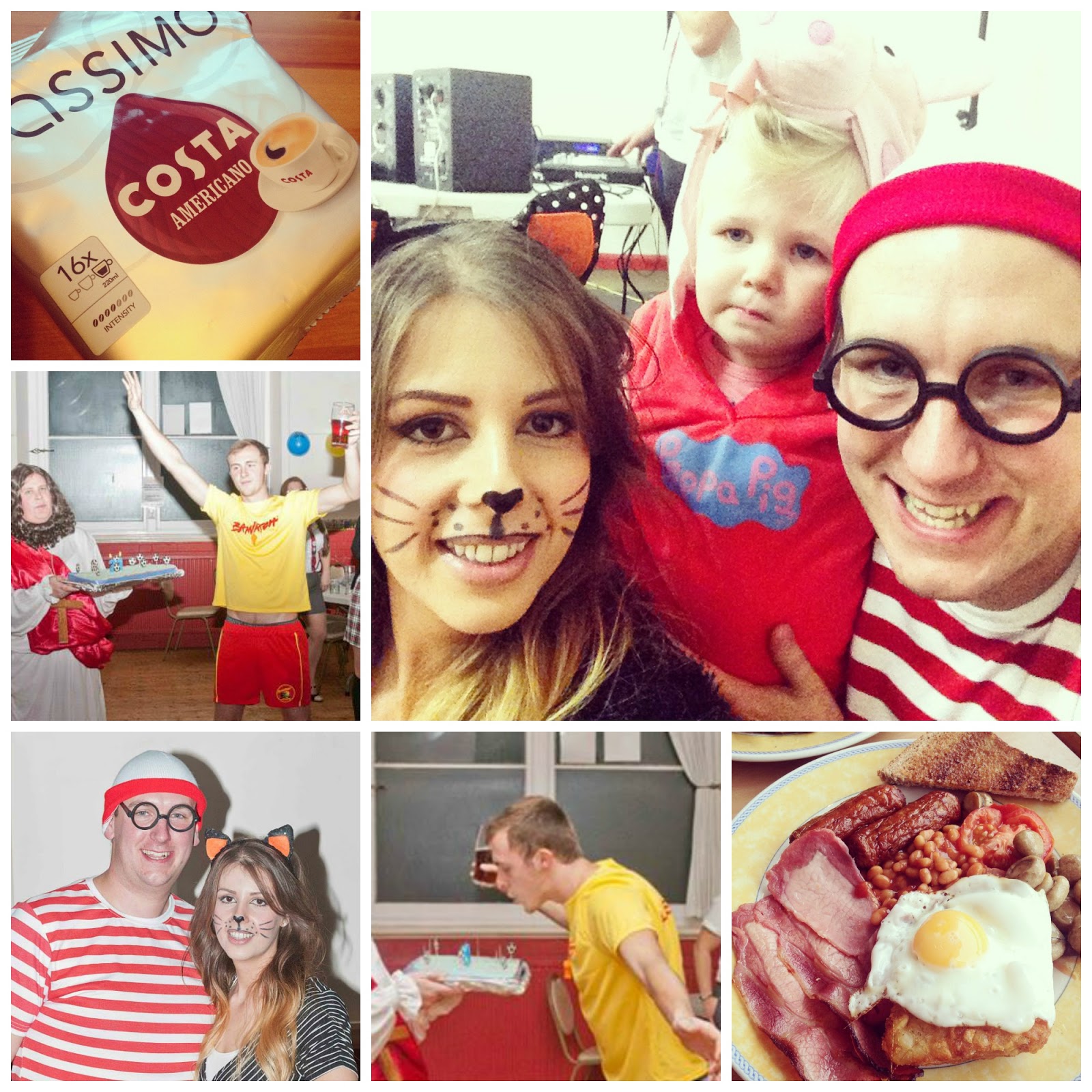 It was such a fun night and I didn't get too drunk, woo! Although the tiredness kills me, we didn't get home until about 2:30 and it takes its toll on me, I must be getting old! haha! Sunday morning we had a bit of a lazy one since we didn't have Sienna and went for breakfast. We both got fry ups, whoops! It was really good though! After breakfast we went to pick Sienna up and when we got home Sienna and I both went for naps haha! We need our sleep or we are so grumpy, I'm sure Warren was glad we did hah! It was a good weekend but they just go so fast!


What did you get up too?