Do we expect too much from Sienna? 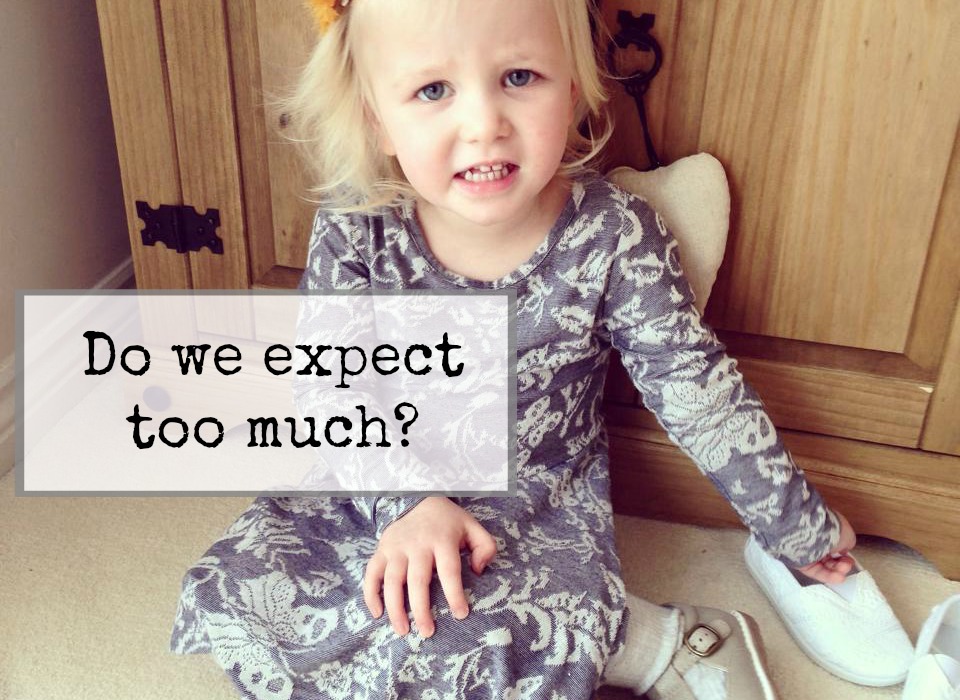 When we were glamping, we had a lovely meal out in a pub in Cornwall. We're currently trying to teach Sienna to sit nicely on 'normal' seats and eat her food instead of in a highchair. At (nearly) 2 and a half years old she is outgrowing most highchairs to be honest and I feel that she should be capable of sitting there nicely, not having to be strapped down.

The seats where we sat this one night didn't allow much room for a highchair and the pub wasn't that busy so I thought we'd try it. It was getting near Sienna's bed time and she was a bit poorly so we were a bit apprehensive and rightly so. She wouldn't sit still, was wriggly around, kept dropping her toys on the floor then climbing under the table to get them and kept turning around to look at the table behind us. We felt like we ate our food as fast as possible and Warren went to pay the bill.

When he came back, he said the lady at the bar had been watching us and commented on how well behaved Sienna was compared to other kids they sometimes have in there. We were baffled as we thought she had been quite bad and we couldn't wait to leave!

The same thing happened yesterday.. we went out for lunch as it was Warren's last day off work after 10 days together. It was pretty quiet in there so again, we let Sienna sit next to me on the bench to eat. When we had finished, a man that had been sat at the bar while we were eating came over. He said he noticed how well behaved Sienna was so he felt like he had to tell us and say well done to her.

It made us think, do we expect too much from her?

No, she doesn't sit still but she does (most of the time) stay on her seat. Yes, she likes to sing at the top of her voice but she is happy and polite, not screaming the place down shouting and kicking.

No toddler is going to sit there perfectly still and eat all their dinner without making a mess or uttering a word. To be honest, I wouldn't even want her to do that; I love that she has a fun personality and I love that she shows it.

Sometimes, we get too wrapped up in how she 'should' behave to see exactly how well she is behaving. When we actually think about it, we're really proud of how she behaves as a 2 and a half year old and we need to remind ourselves of this more!

Do you think you expect too much from your kids?