After a great nights sleep in the comfy beds, we awoke to a gorgeous day and a buffet breakfast. They offered hot and cold foods, pastries, juices and teas and coffees. It was so good and set us up for a full day at the theme park! 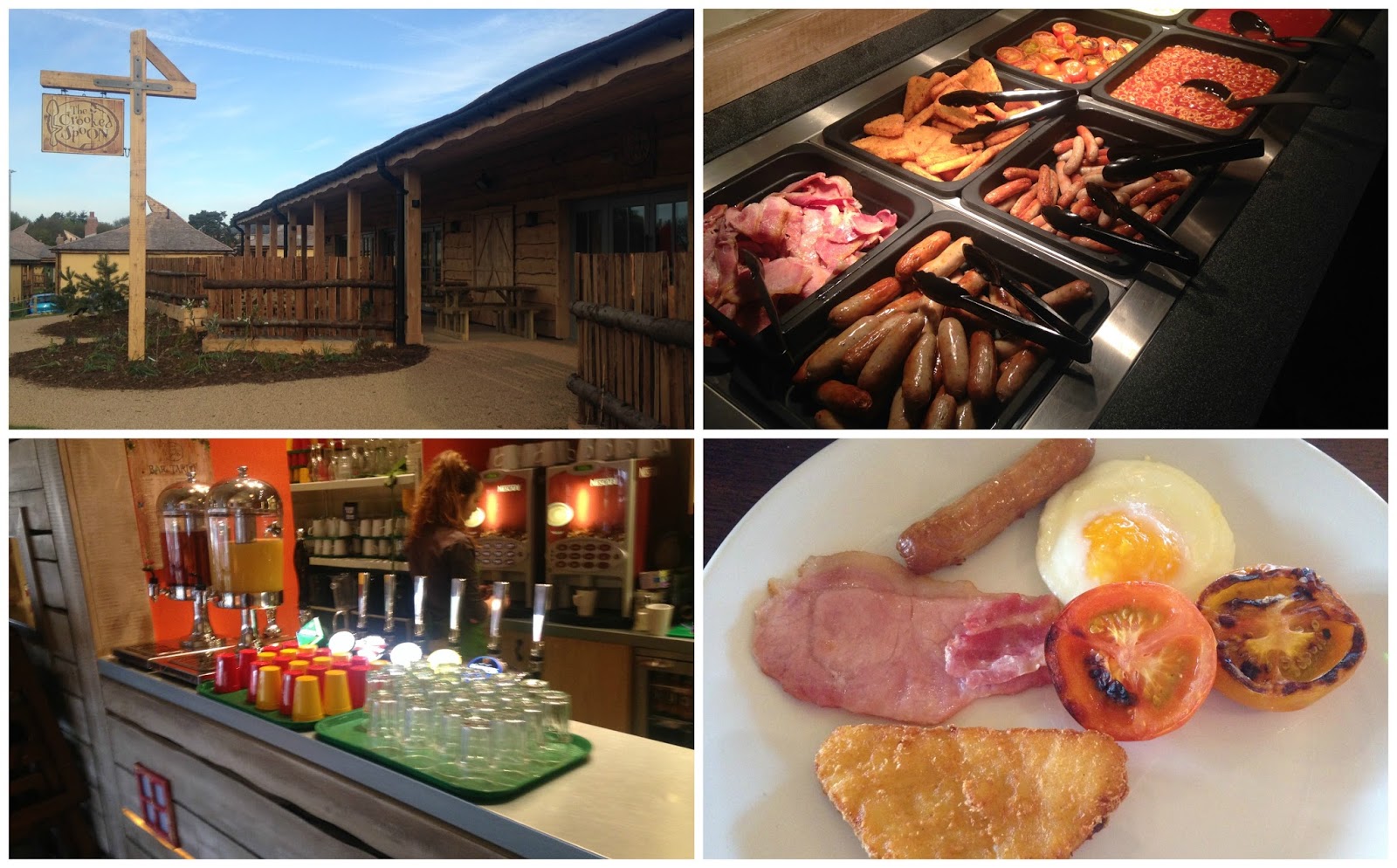 The village has little play structures dotted around for the children to enjoy, outside ours we had some  mini monkey bars and a little climbing frame. Sienna played on these while we were getting ready in the morning and waiting for the park to open. 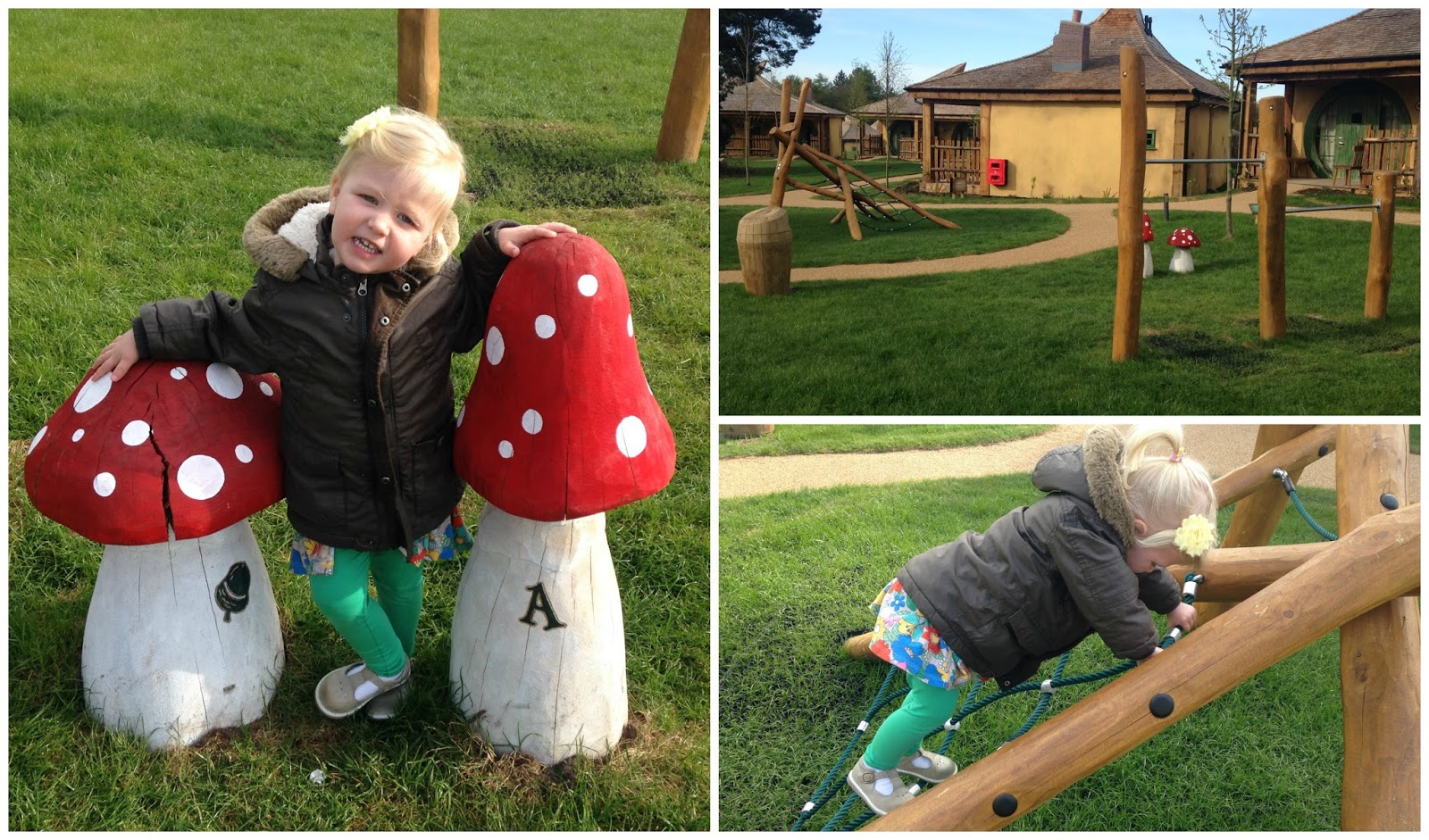 We got the Monorail to Alton towers on Friday morning and headed straight to cBeebies land. 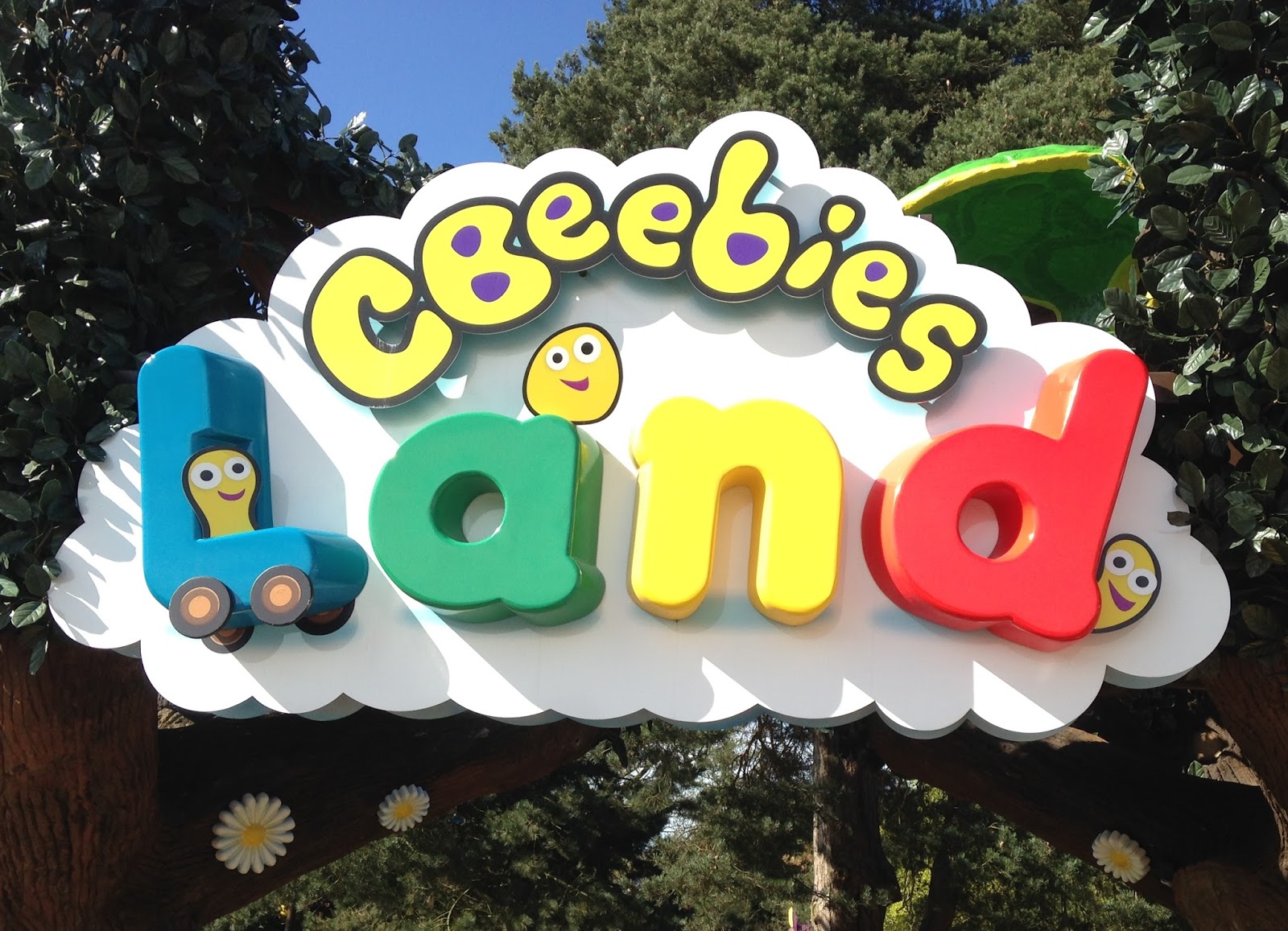 We got there quite early so there were hardly any queues for anything which was good. The first ride we went on was the Postman Pat ride, we got this cute family snap which I love :) 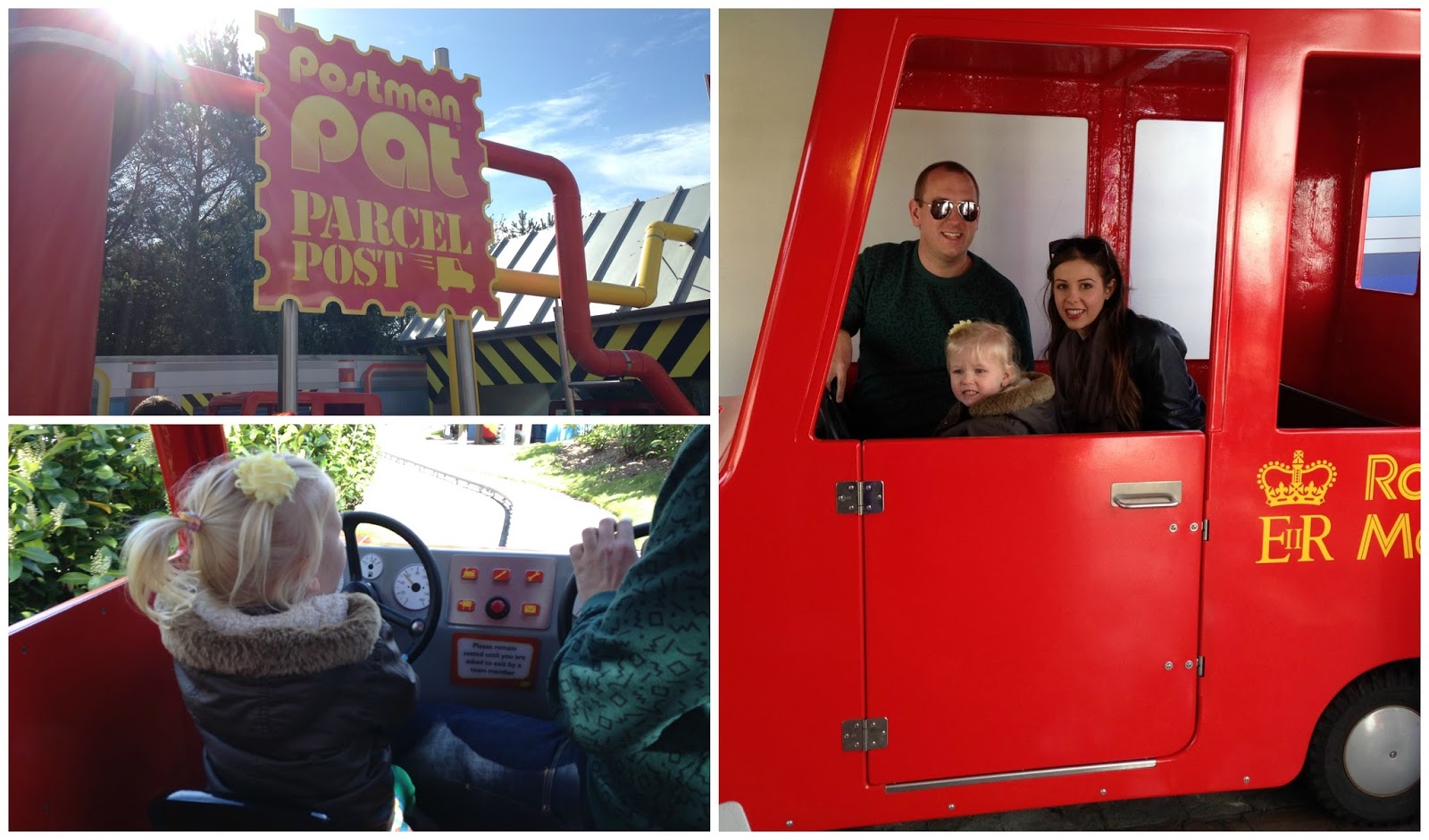 We then went into Nina's science lab which was good for all of us, lots of science facts and science things to do just like they do on the show. 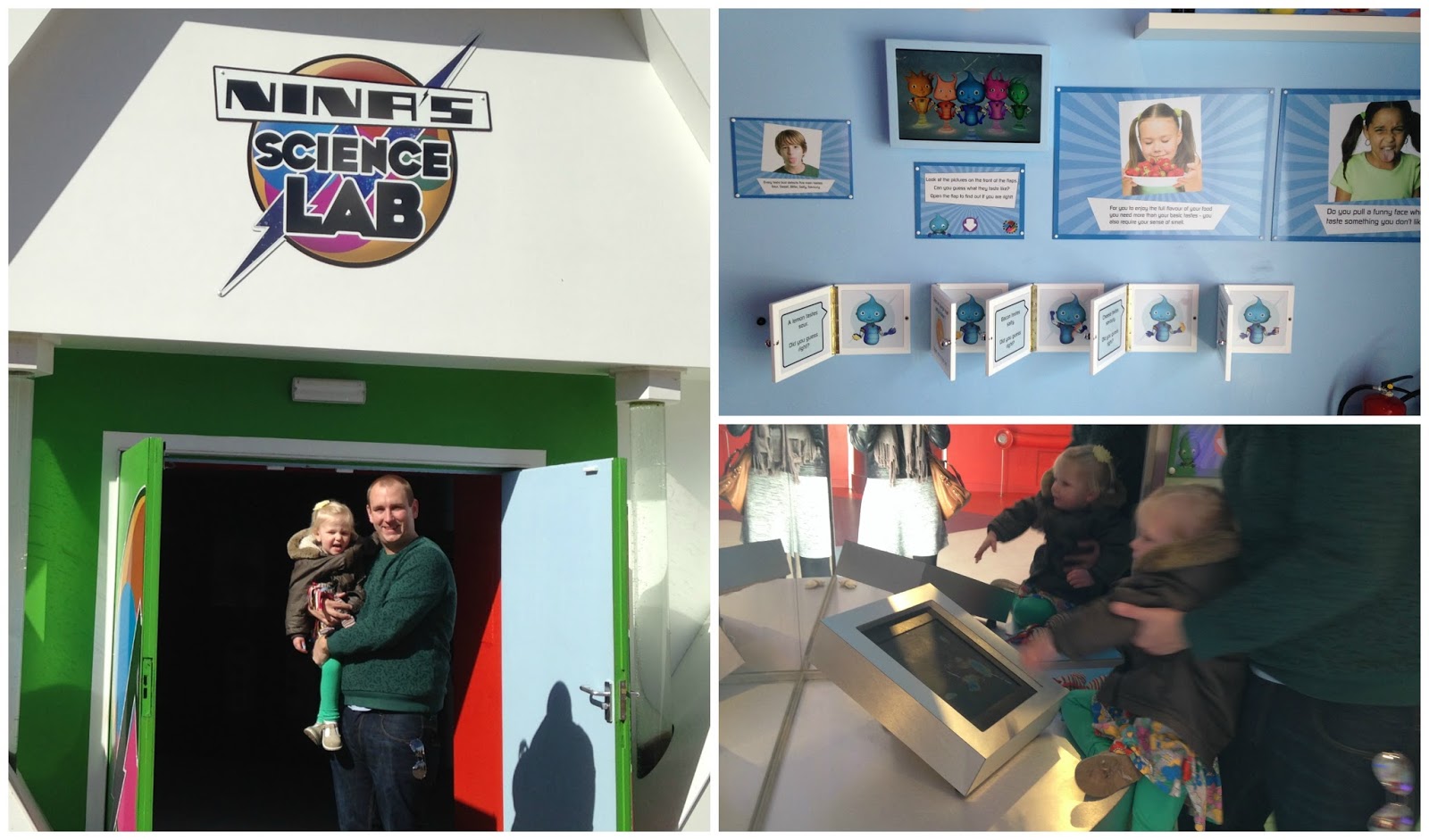 The In the night garden boat ride was just like being in the show, the music nearly put Sienna to sleep haha! 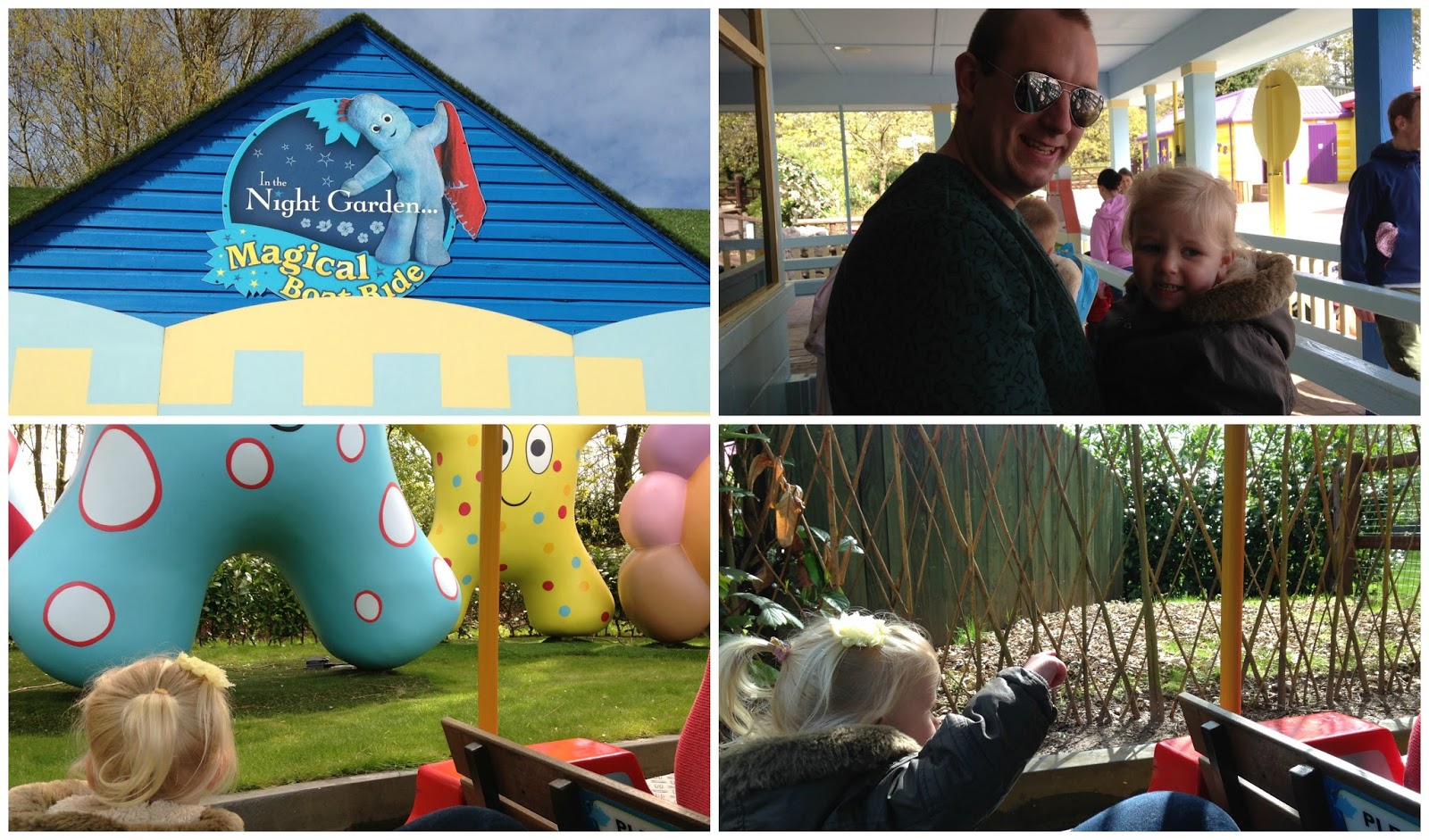 Justin's house pie-o-magic factory was really cool. So many machines and contraptions to fire balls out, there were balls everywhere so you are likely to get hit ;) 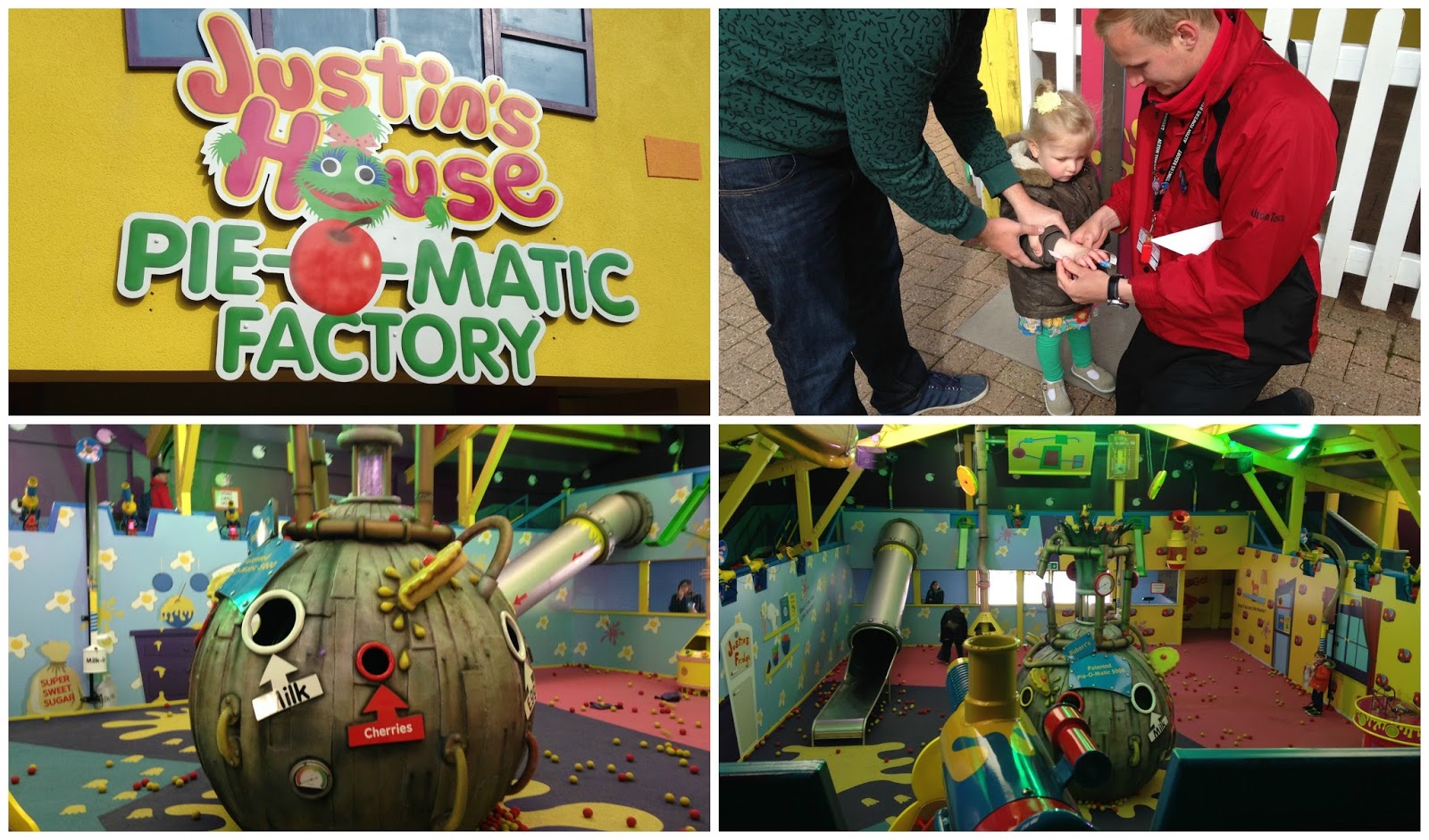 As you can imagine, Sienna loved the dress up salon in Charlie and Lola's set, she spent ages at that. You could look around their fridge and cupboards and see what food they had and sit at their table. There was also a really cool hologram pool that moved when you stomped on it and had fish fingers floating around in it! 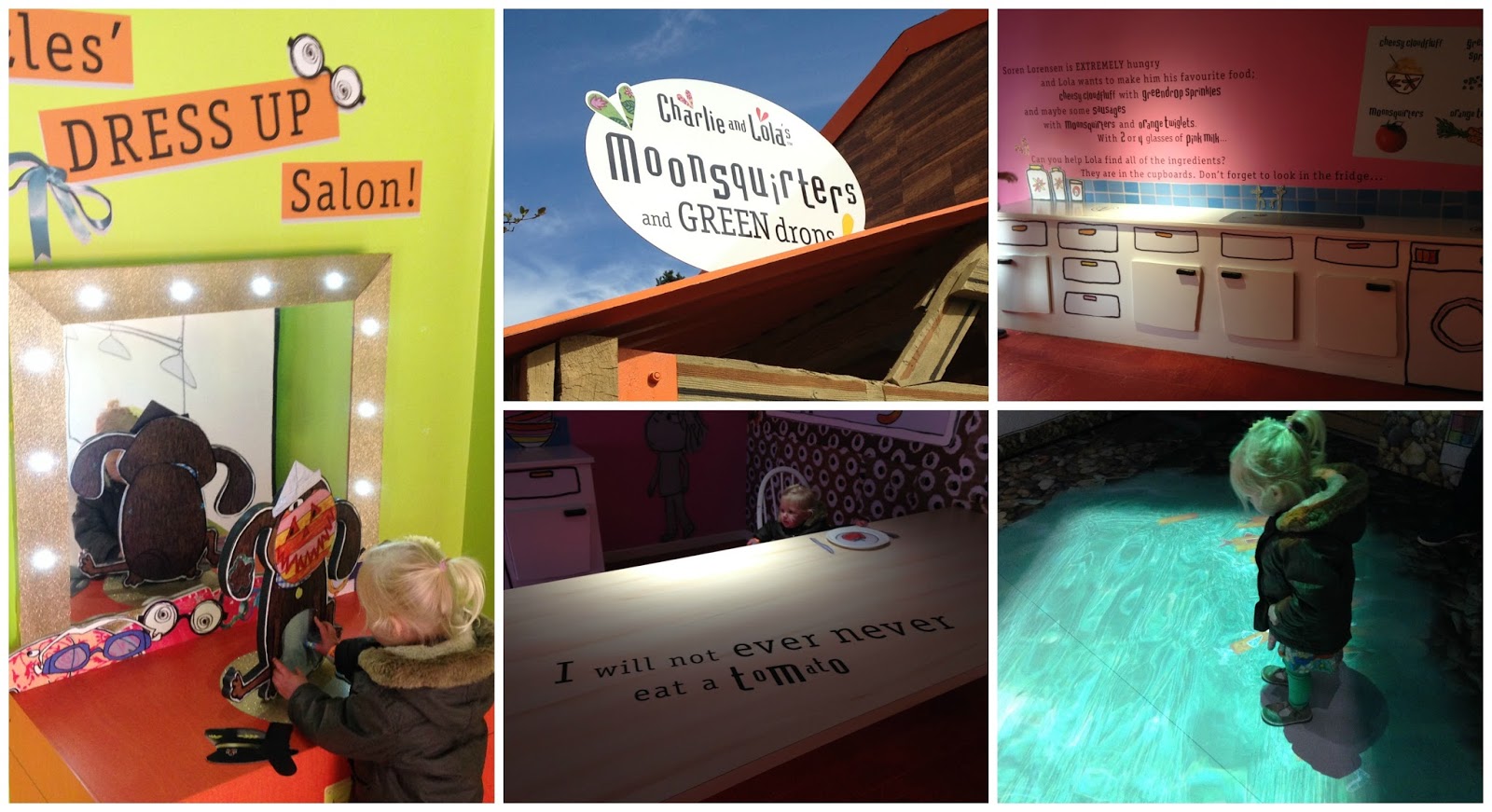 Tree Fu Tom's park was one of Sienna's favourite parts too as she can just run off some energy and of course; climb! She also got to meet him just as we were leaving too which was so cute, she seemed a bit starstruck bless her! 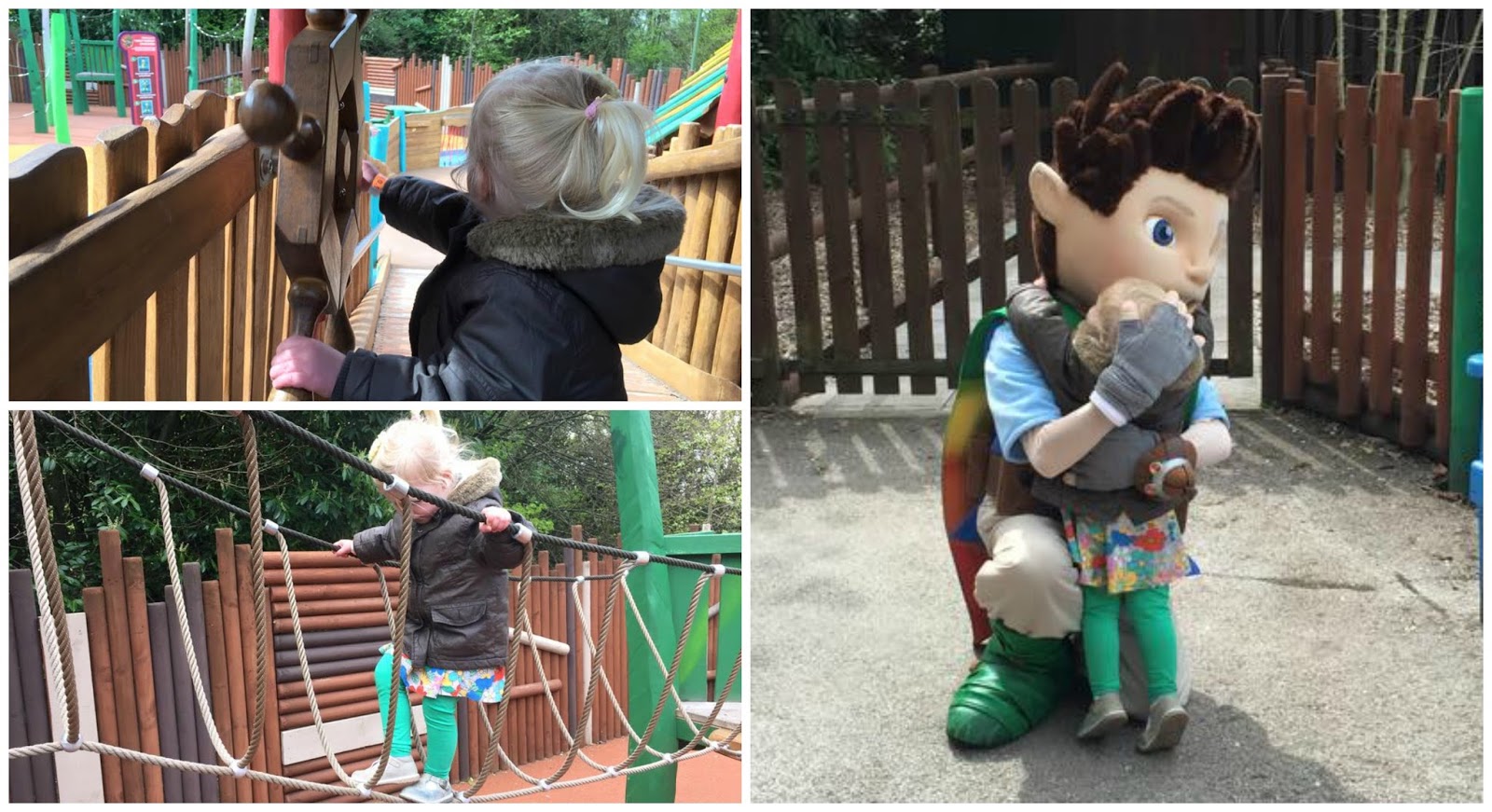 Mr Tumble's sensory garden was good, we smelt lots of different flowers to see if we could tell what they were, found the bugs in Mr tumble's spotty bag and tried to wake Grandad Tumble up. 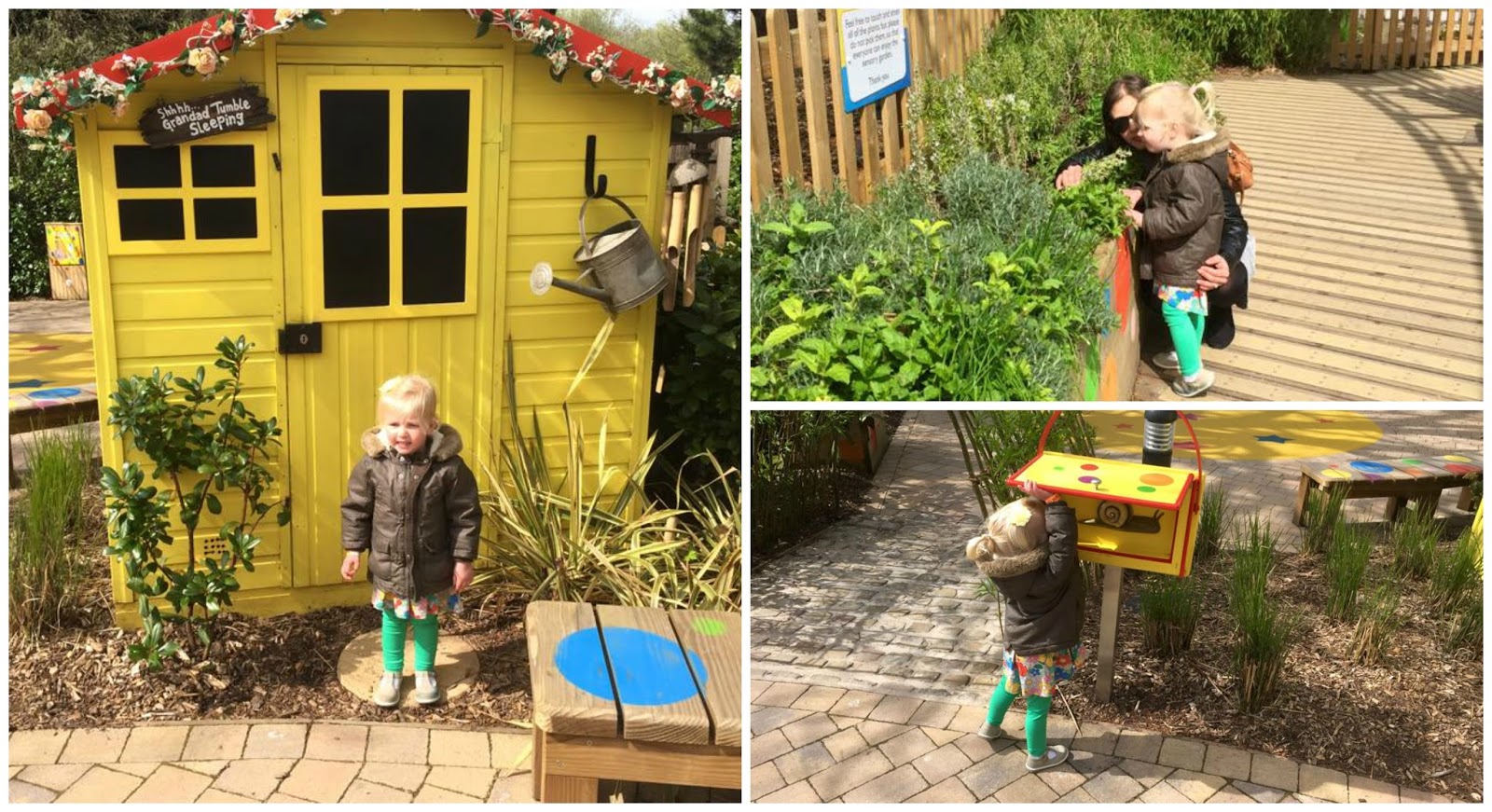 Sienna's most favourite part was the Octonauts roller coaster! I am so afraid of heights so I was a bit scared to go on haha, I was scared she would hate it but she loved it and just kept asking to go back on with daddy and has been talking about it ever since! We have a little adrenaline junkie on our hands what with her loving climbing and roller coasters! 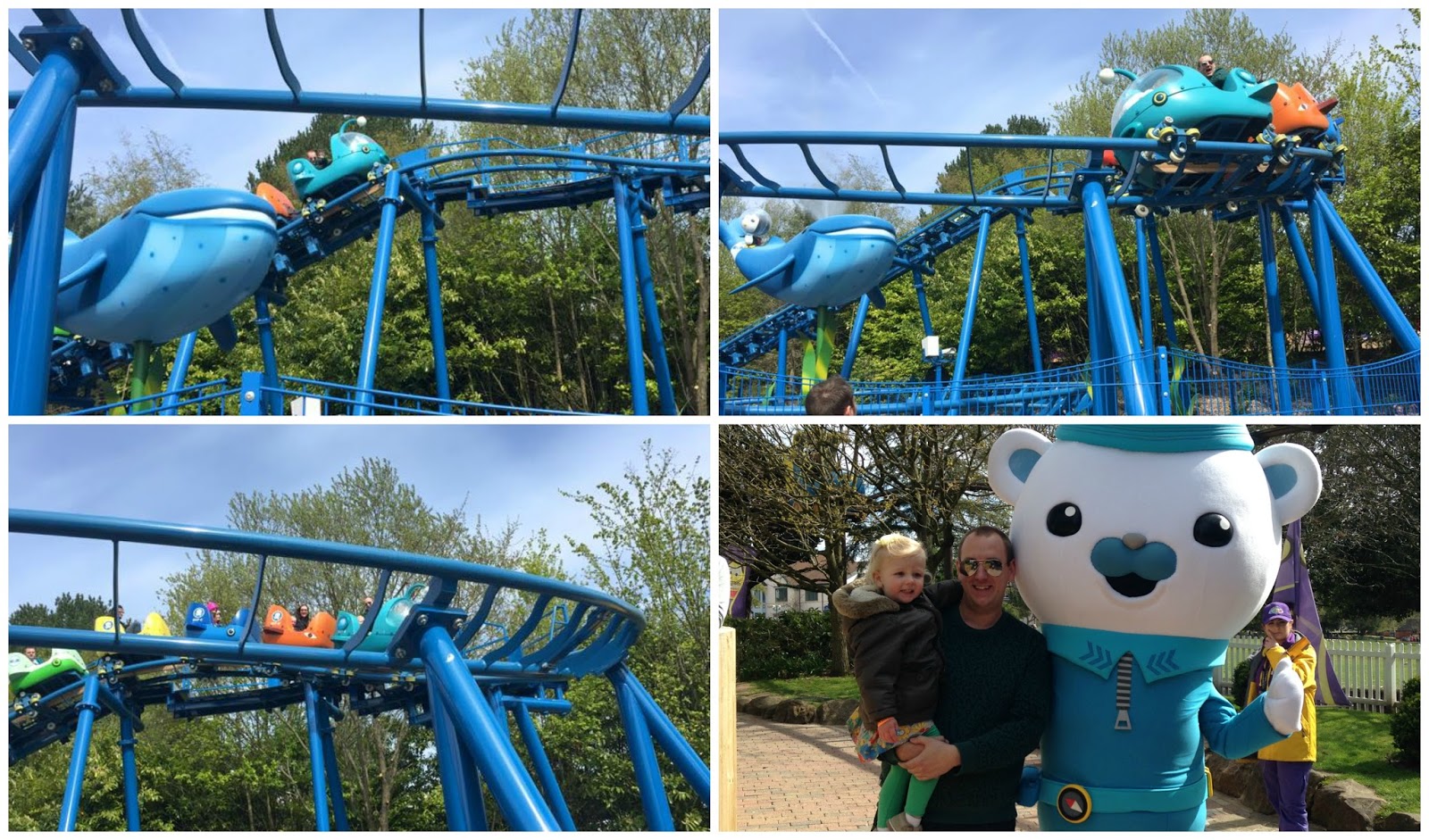 We managed to get round most of it there including the Get set go tree top ride but we didn't get any photos but there is a little clip at the end of the Vlog (below).

After cBeebies world we got some lunch and then headed to the theme park so Warren could go on some of the big, scary rides! 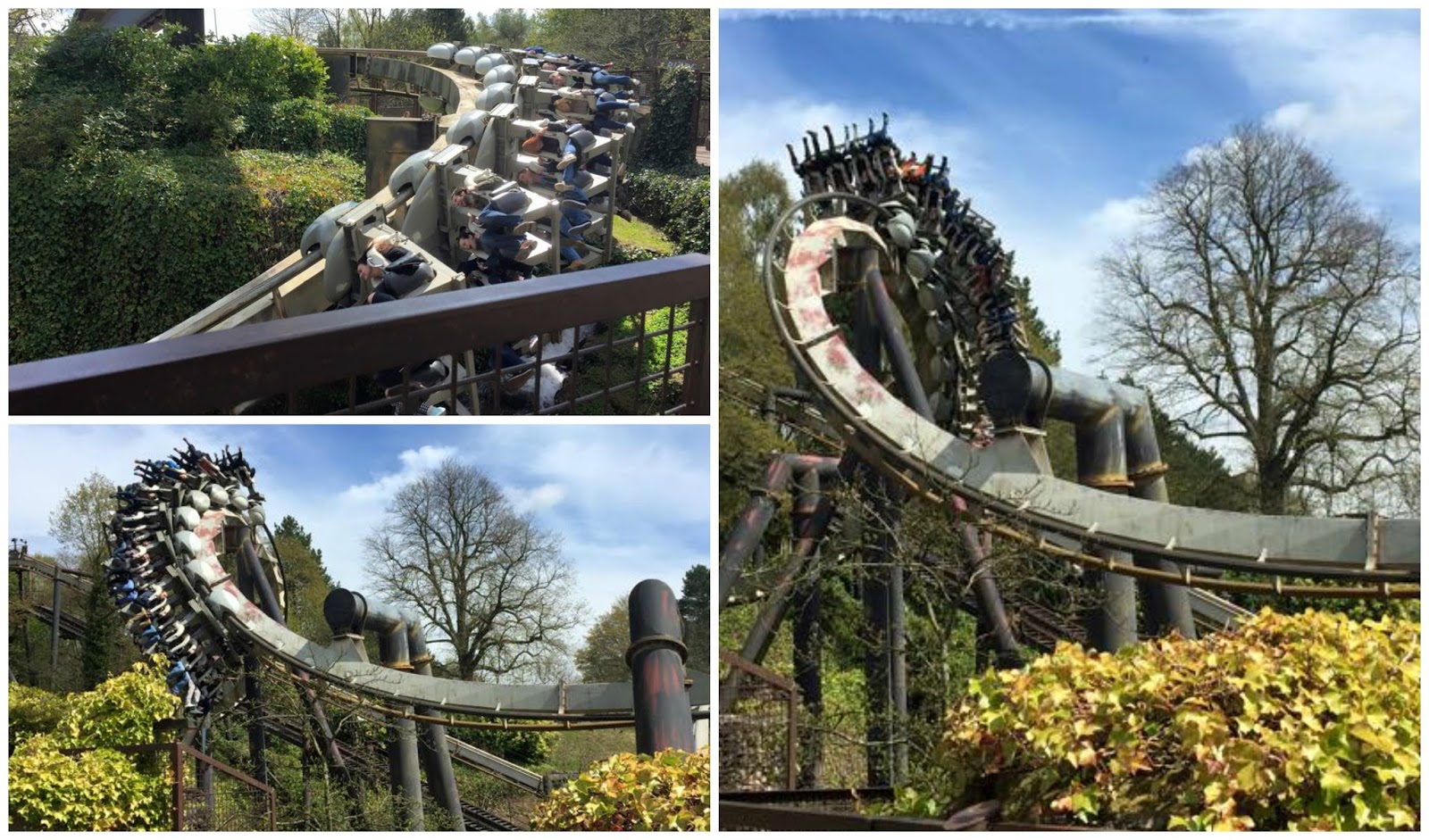 He went on quite a few.. Nemesis sub terra, Thirteen, Nemesis, The Smiler and Rita. We managed to get some go pro footage of Nemesis so you can watch that in the Vlog below if you want, it completely terrifies me but it does look cool! His favourite was The Smiler!

We then just headed home, after a long 4 hour journey we finally arrived around 10:30pm all absolutely exhausted but it was worth it for the best couple of days ever!

Thank you so much Alton Towers & Konfidence!