How we tackled the toddler wake up call

Sienna used to be such a good sleeper... to be honest, she still sleeps well, it's just the fact she doesn't sleep in. We went through a stage of her waking at 5:30 or earlier every morning and it was exhausting me! It didn't matter what time she went to bed or wether she had a nap or not, it still was 5:30am and would come straight unto our room to wake us up.

I was nearly at my wits end when I found out about the Gro-clock.. I had seen a few people say it had worked for them so I thought we'd give it a go. Anything was worth a shot at this point. 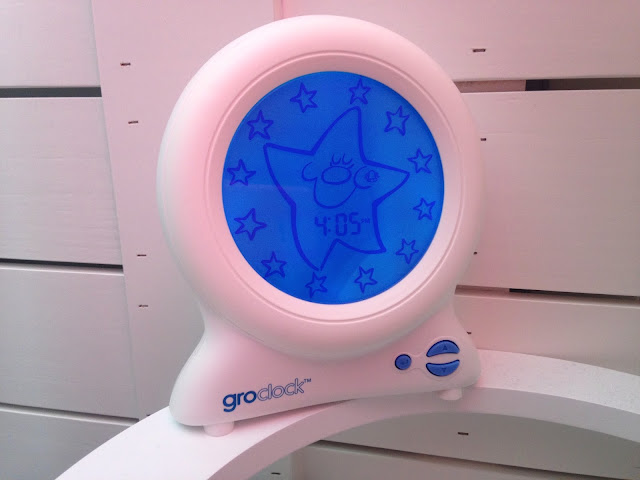 The Gro-clock is a sleep training and learning clock. It has a glowing screen that shows images of stars and sun to communicate 'sleep' and 'wake-up' time, the stars around the clock at night go out one by one to indicate the count down until morning. 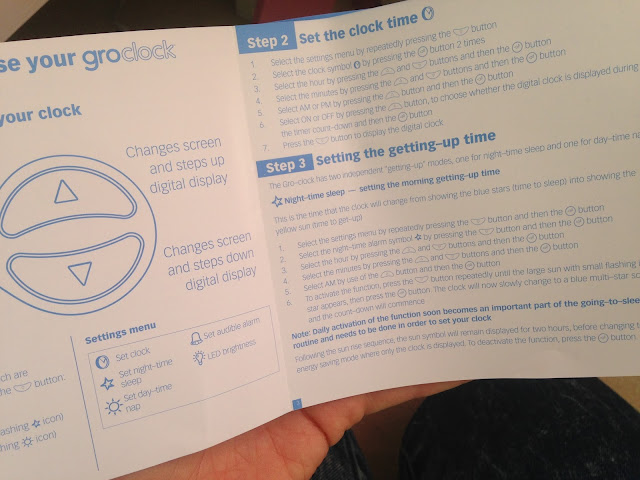 It was easy and simple to set up with the instructions and I love that there isn't too many settings. You have the clock time setting, the night-time sleep mode, day-time nap mode, brightness and alarm. It also has a key-lock which is crucial when leaving it with a toddler. When you press it to go into sleep mode, it shows the sun winking and it gradually fades away in place of the star which is brilliant as a lot of kids learn better through this visual learning. 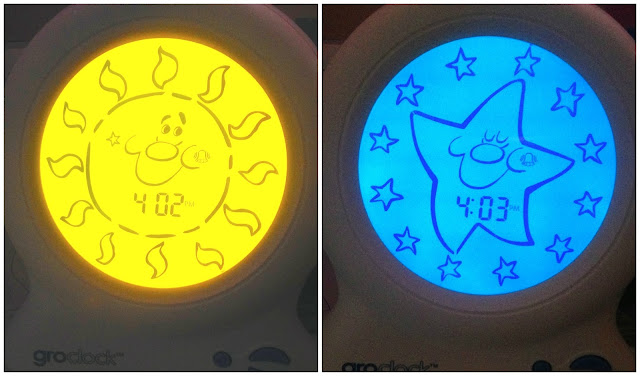 Sienna seemed to love having her own clock in her room and she also seemed to go to bed better as it was no longer mummy & daddy telling her it was bedtime, it was the sun.. how can you argue with that?! The clock also comes with a little bedtime story book which is a nice touch. 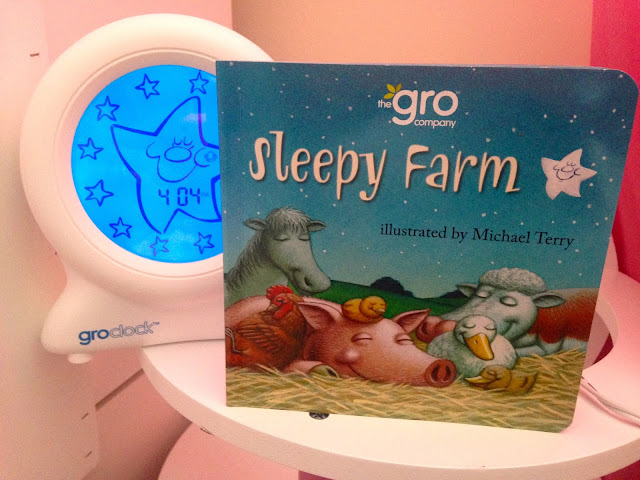 I set Sienna's alarm for 6:15am (I didn't want to charge in at 7am and give ourselves false hope!) and I explained that she must not get out of her bed until the sun is up and beeping, as it won't be morning and Mummy and Daddy will still be sleeping.

We didn't have much hope to be honest but we tried to stay positive and went to bed ourselves. When my alarm woke me at 6, I was shocked! I hadn't heard my alarm for weeks as I am normally up by then so I skipped down to see Sienna and sure enough, she was still in her bed. She was awake, but still lying in her bed just talking, I poked my head around the door and she said 'My sun isn't up yet mummy it's not morning'.

We haven't been woken up by Sienna any earlier than 6am since having the Gro-clock and Sienna even slept through her alarm one day! It's made such a difference, we are all getting more sleep now which certainly makes for happier family!