Our week at Bluestone, Wales 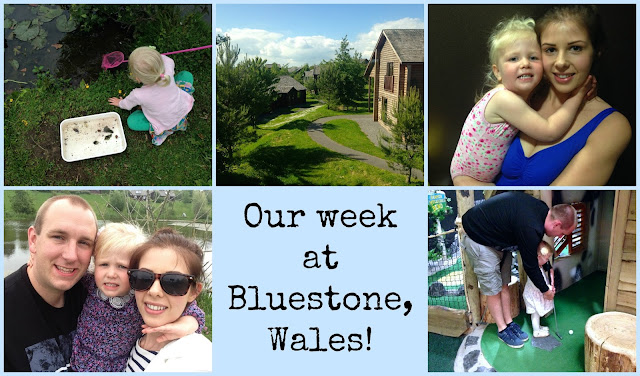 We spent last week in Wales at Bluestone national park resort for this years family holiday and we had a great time. Wales is a good 3 or so hours away from us but Sienna was so good and the traffic wasn't as bad as we expected! When we arrived, we checked in but we couldn't access our lodge until 4:30pm so we spent the day exploring the park. 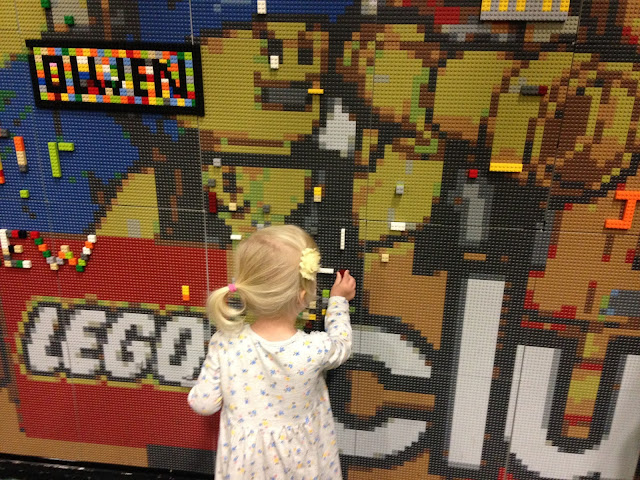 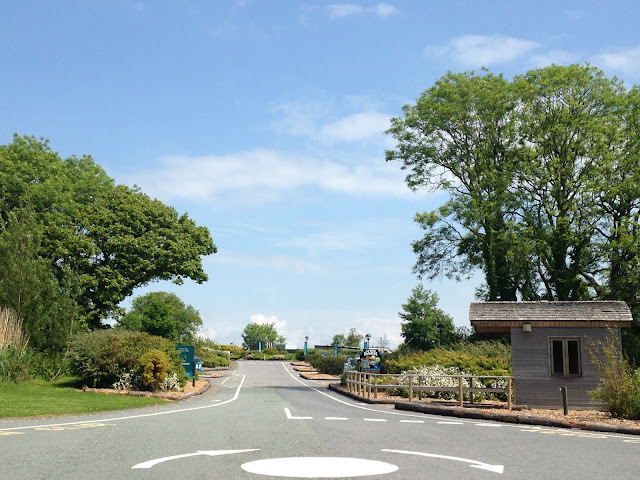 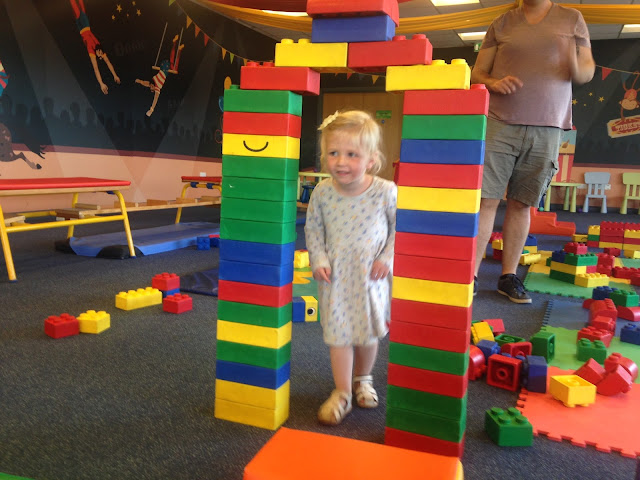 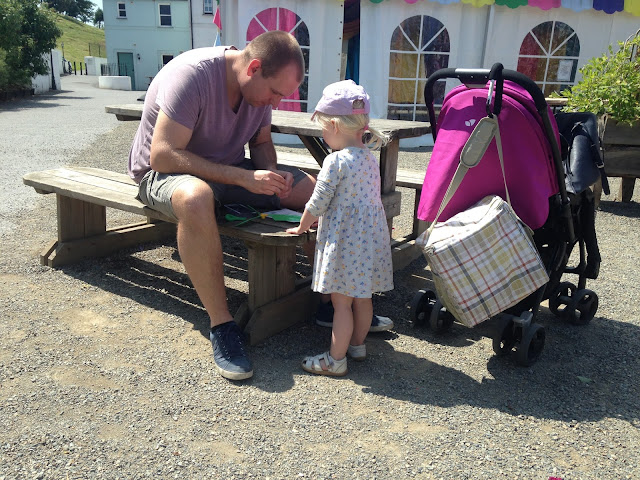 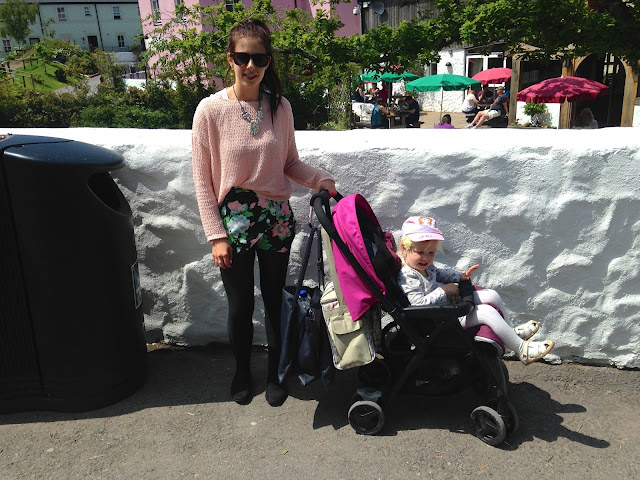 We had fun in the Adventure centre, there was mini golf, lego, bouncy castle, climbing frame and the circus zone upstairs. Sienna favourites were by far the bouncy castle and circus zone.. We were also impressed with how much there was to do in there and we spent most mornings here while planning our day. We grabbed a sandwich from the bakery from lunch after exploring and ate it in the picnic area before having a little look around the shops.

At 4:30 we could drive in to find our lodge and unload before parking the car back up in the carpark (Bluestone is a car free zone). We stayed in a  Ramsey lodge that was suitable for sleeping upto 4 people and was a quirky upside down house. 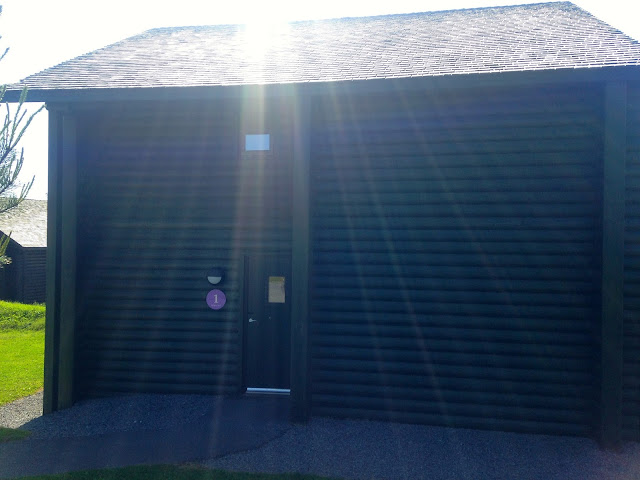 On the bottom floor were both bedrooms; a double that Warren and I stayed in and a twin room that Sienna stayed in. Both has an ensuite which we found really handy for getting ready in the mornings, ours had a bath/shower combo and Sienna's was a wet room, both had toilets in. Sienna's room also had a mother care travel cot in the corner which is brilliant if you have smaller children. We all slept really well every night as we were nice and comfortable. 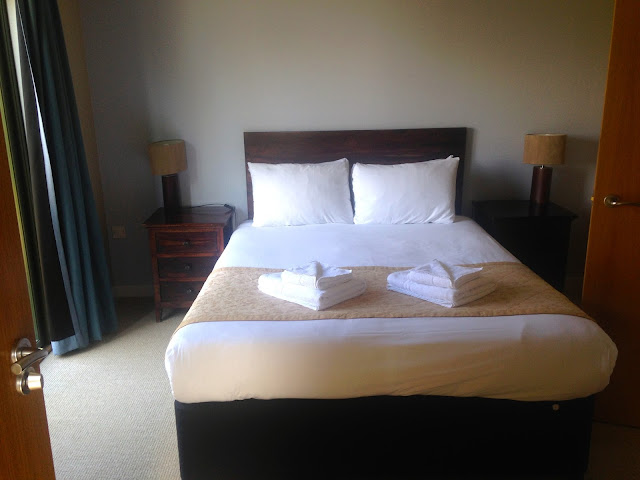 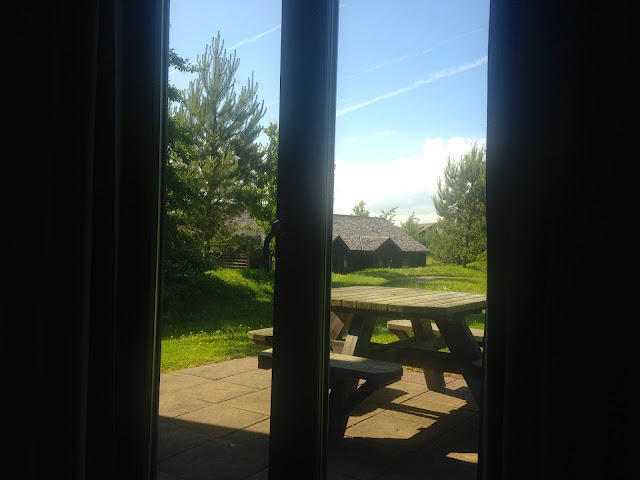 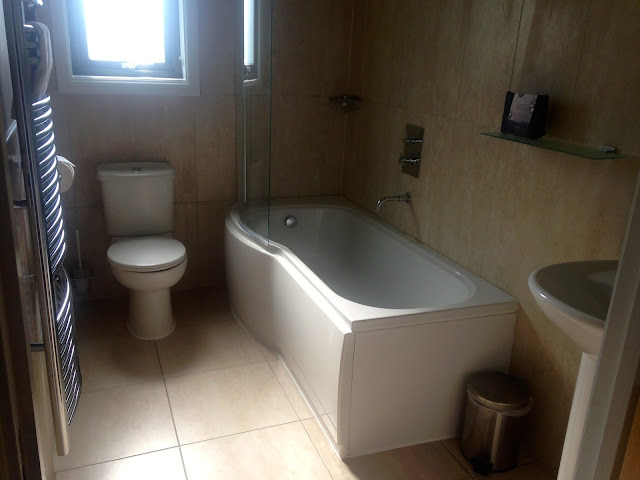 Upstairs was an open plan living space that felt airy and spacious with gorgeous views. I loved having my morning coffee looking out across that view. 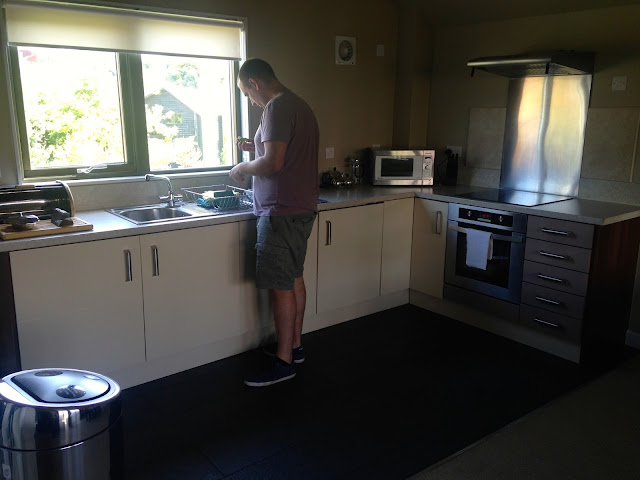 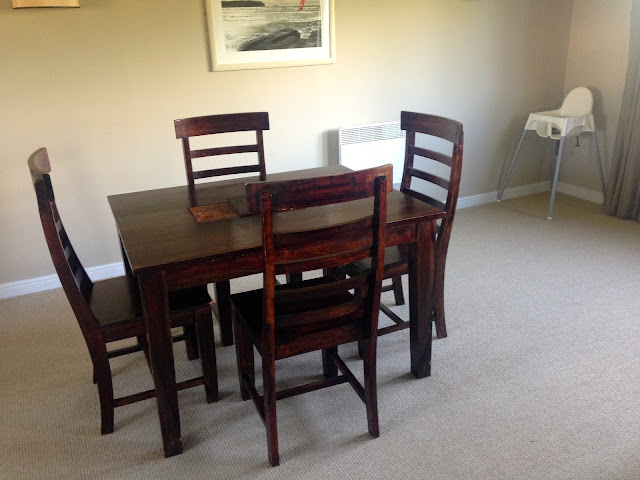 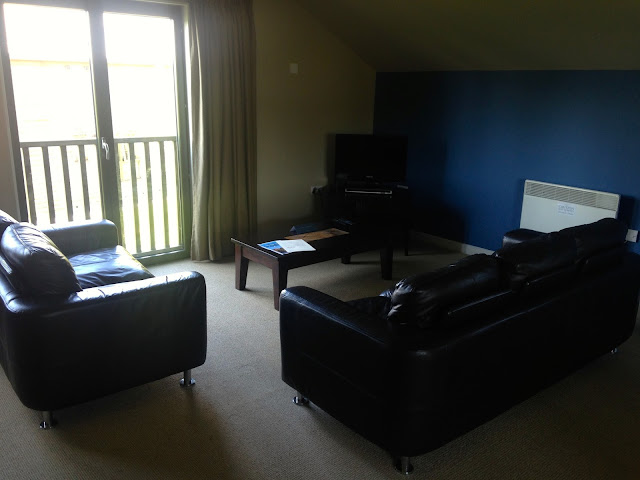 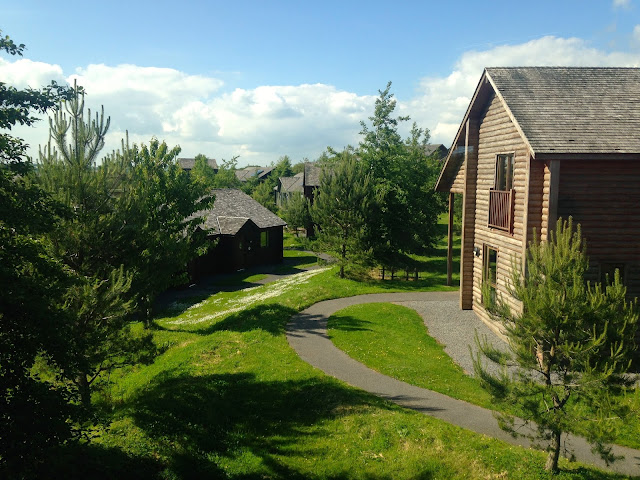 Most nights we just cooked in our lodge as Sienna was always so tired by the end of the day! The facilities in the lodge were brilliant and we had all we needed such as dishwasher, microwave, cutlery, bowls, plates and mugs and most important a cafetiere ;) 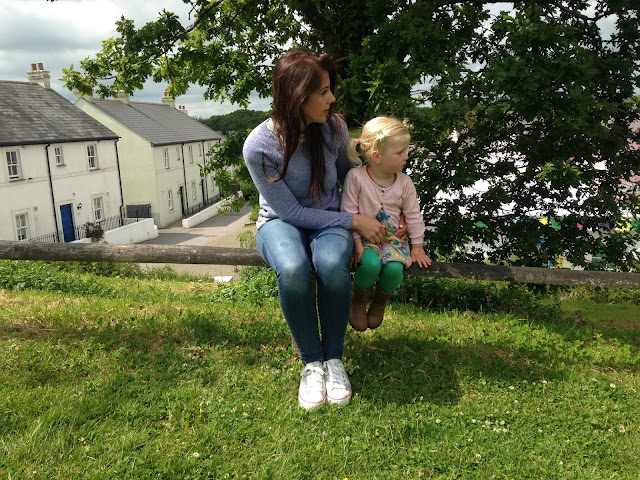 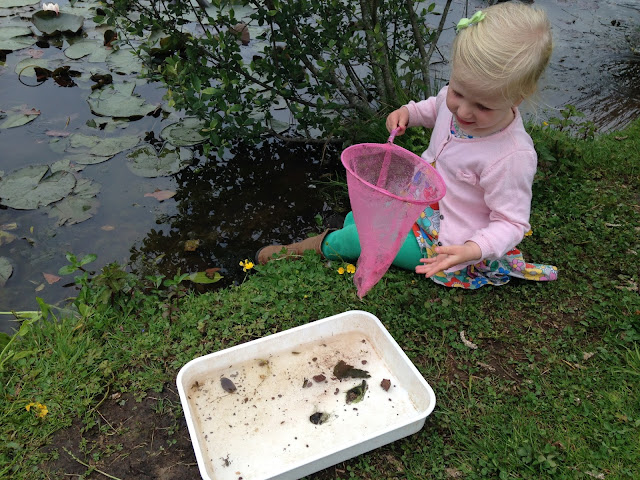 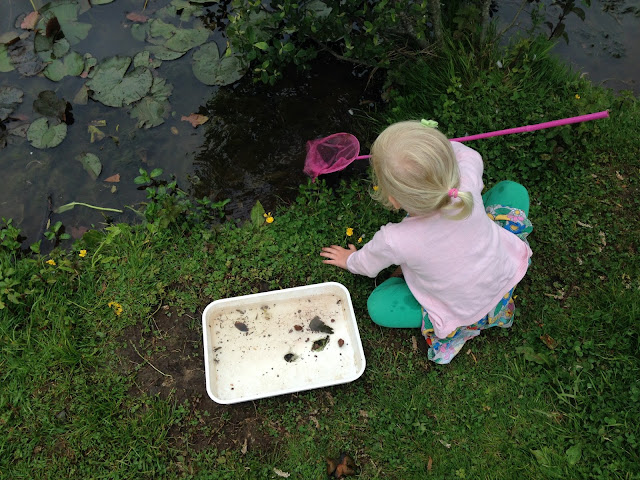 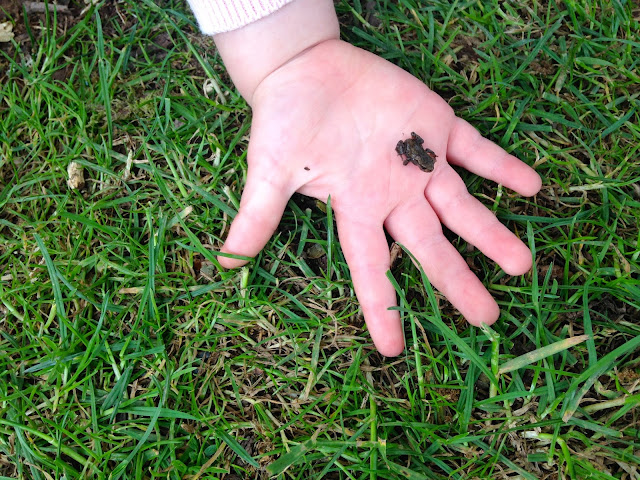 Tuesday afternoon we booked an hour's Pond dipping for Sienna and I think we enjoyed it more than her! It was £7 for the hour which I didn't think was too bad, we had nets to scoop the pond and empty into a tray to see what we had got. The lake area was surrounded with tiny baby frogs, you had to be careful not to step on them and all Sienna wanted to do was hold them. It was a great choice for Sienna at 2 and a half years although she did actually get in the pond at one point! 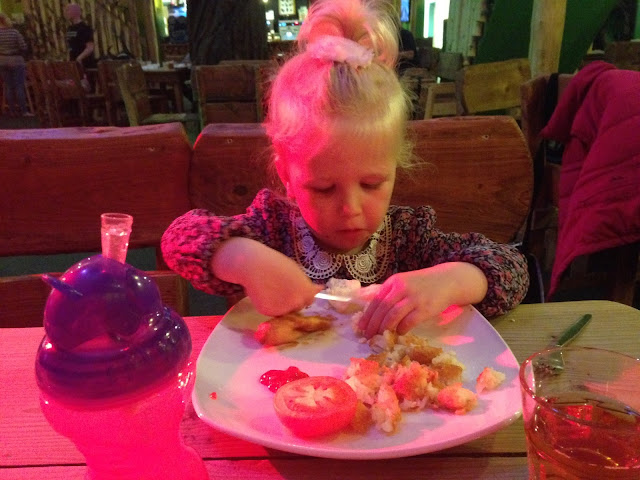 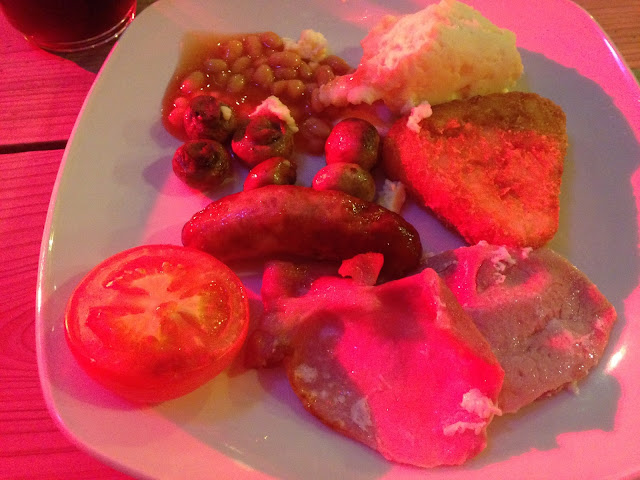 Wednesday we did actually book breakfast at the Wildwood cafe, it was £9.95 each for Warren and I and £7.95 for Sienna. To be honest, I think it was a little over priced, especially for Sienna.. She had already had breakfast because she likes to eat when she gets up so she didn't eat much to be honest! It was nice though and they did have a good selection from your usual fry up to cereal and toast.
After breakfast we went swimming at the Blue Lagoon which was fab! Sienna loved it, it had a waves machine, lazy river and a little area for younger children as well as flume rides for the older ones (and adults). 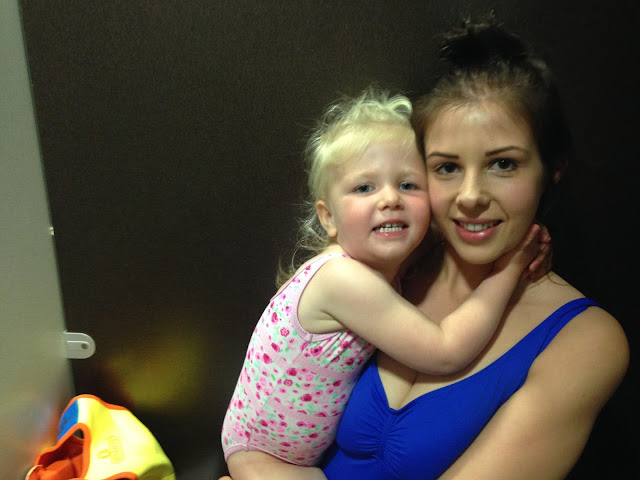 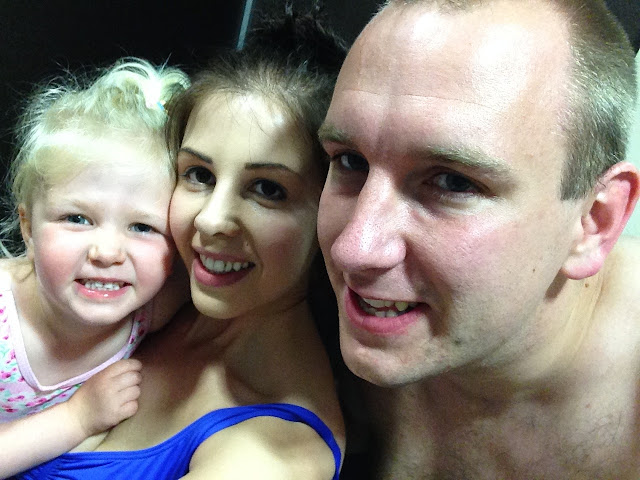 Thursday was our last full day, so we hired some bikes and a trailer for a bike ride (£10 per bike and £5 for the trailer) and then we had booked the Dinner show for our last evening there. Our bike ride wasn't too great to be honest.. most of the cycling routes were closed due to building work which was a shame and then somehow Warren's bike broke so we headed back! They did ask if we wanted to swap it and carry on but to be honest, we had nowhere to go! I was a bit disappointed as we had hope to go on a long, adventurous bike ride and instead we got too a few dead ends, it was a waste of money really. 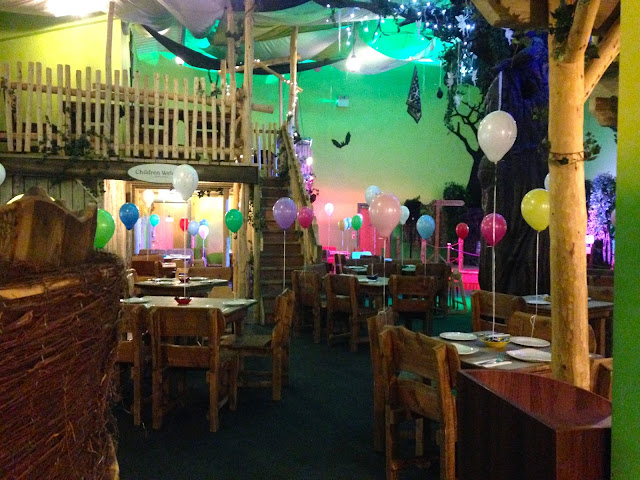 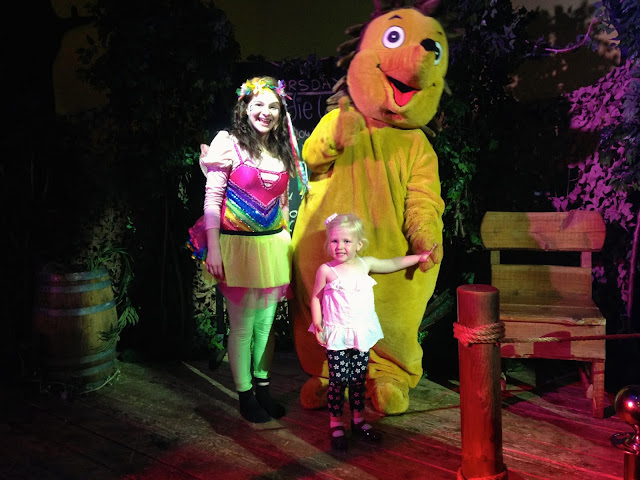 The dinner show was however, brilliant! It kept Sienna occupied and she was very excited! They had a little story before meeting Huwie hedgehog and then had to help him find things and colouring in etc while our food was being cooked. Everyone had the same meal although they did ask if you had an allergies/dietary requirements which was good. 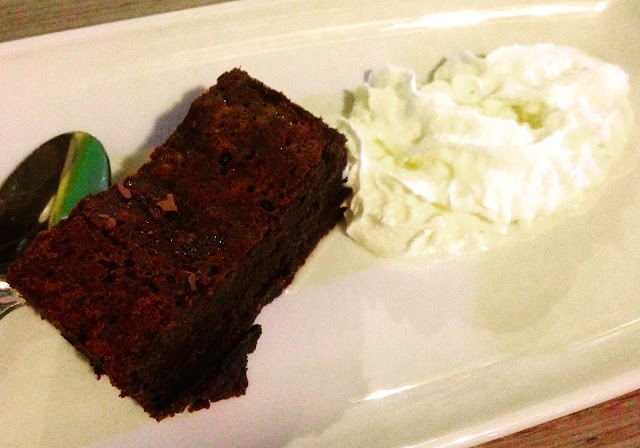 We had a platter of chicken goujons, chips, beans, corn, coleslaw, sausages and dips to share followed by dessert of chocolate brownie for the adults and ice cream with flakes for the kids. It was a good meal and Sienna absolutely loved the show and being part of it so it was worth it, I'd recommend it for the kids. It was also well timed, starting at 4:30 and finishing around 6pm so we still got Sienna in bed for 7pm.

Friday morning we packed up and let Sienna have one last hour in soft play before heading to check out. Overall, we did have a lovely time and were grateful for our 4 night stay at Bluestone! We found it really enjoyable and suitable for Sienna's age, however we did work out if you have older kids and wanted to do more of the activities and eat in the restaurants most days, it could work out a bit pricey.

See our Vlog of the week below :)