The first few days with Piper!

I'd be lying if I said the past few days had been easy. Having a puppy and a toddler is no joke, it is like having a newborn again, we have to get up with Piper in the night to take her out to the toilet, feed her every 2 hours and she doesn't listen to a word we say, she doesn't even know her name yet...  so it's been tough, especially as Piper has an upset tummy too!

Piper had the upset tummy when we got her which we initially thought was just stress of moving home and excitement etc but Monday night I actually noticed it was quite bloody so we took her to the vet Tuesday morning and they think she has an intolerance to her food. She had to have a little injection to settle her tummy and she's now on special food and probiotics which seems to be helping. 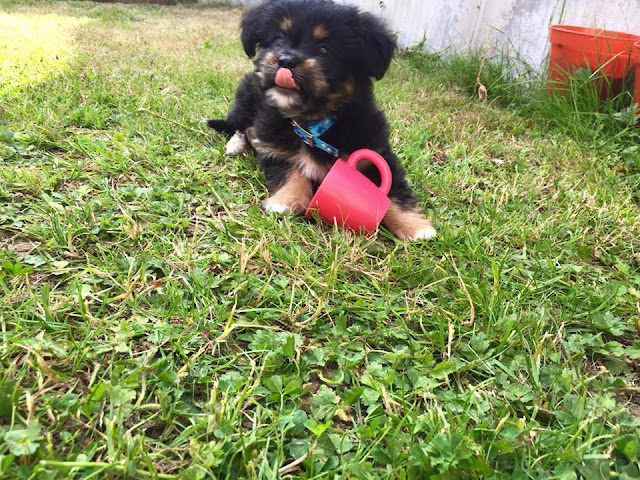 Trying to train her to toilet outside was a nightmare the first few days but I guess she couldn't help it what with having diarrhoea! She has been better so far, we haven't had any poops inside for a while but she does still wee on my carpet which is super annoying! haha! We will spend ages with he rout side trying to get her to go and she won't, then the second we're inside she does it! Good job we have a steam mop and her wees are small; they're like a puddle a little bit bigger than a 50p piece so isn't too bad, but hopefully she will learn.

She loves to chew everything! I have had to sort out Sienna's toys downstairs and put all of her dolly clothes and blanket etc away as Piper loves to chew and break them! haha! Piper is also such a digger, our garden is already full of little holes where she digs. 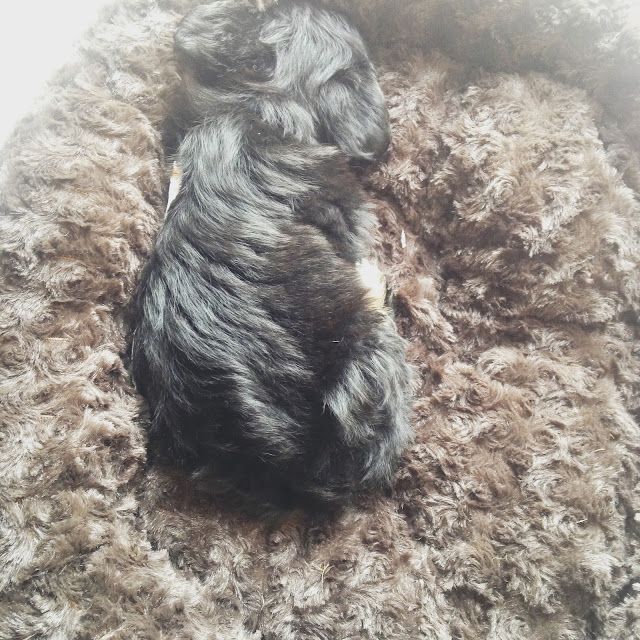 Sienna and Piper are getting on a bit better, at first Sienna was a bit scared of her as she loves to chew ankles and fingers but slowly Piper is learning not to chew people and calming down and Sienna is learning to just tell her no and not to scream. Sienna's been good at sharing her toys, Piper has already claimed a few pony toys, plastic tea cups and wooden mice! In the evenings, Piper gets tired so is more calm and Sienna loves to stroke her and talk to her, she was even led next to her in her bed the other night singing her a lullaby, it was too cute!

So far it has been hard but hopefully it will only get easier now as we all settle into our new lives with a puppy! Piper is definitely the right one for out family so I'm thinking it will happen quickly :)