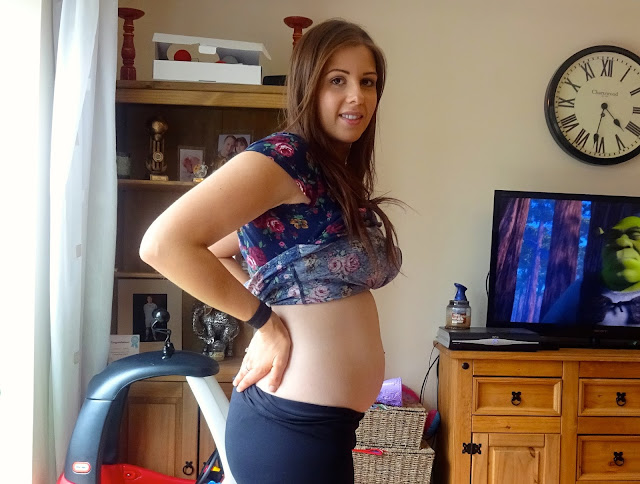 How far along? 17 weeks exactly
Total weight gain/measurements: I don't weigh myself!
Maternity clothes: My Topshop maternity jeans still and just bigger/baggier tops and jumpers!
Stretch marks? No new ones! Still using the Palmer's stretch mark products and loving them.
Best moment this week: Deciding we might find out the baby's gender at the 20 week scan!
Miss anything? Sleep and energy as always!
Movement: Feeling little kicks now which is so amazing :)
Food cravings: This week it's been Tuna! I can't get enough!
Anything making you queasy or sick? Not too much at the moment.

Gender: My gut has told me it's a girl from the start but when I picture the nursery in the new house, I can only picture it being a boy's nursery and I am being drawn towards boys clothes, so I have no idea now!
Labour signs: Nope!
Symptoms: Not too much, still the migraines most mornings but they tend to ease by lunch time and STILL got such sore boobs! When will it go?! I also think my bump has 'popped' this week and I finally look pregnant in tighter tops, rather than just like I am getting chubby. It's coming out from under my boobs a bit more as well rather than just being at the bottom of my tummy.
Belly button in or out? In
Wedding rings on or off? Engagement ring on
Happy or moody most of the time? Feeling a bit less emotional this week, I think the idea of maybe finding out the gender has really helped me get excited about this baby for the first time!
Looking forward to: Our 20 week scan & (hopefully) finding out the gender!! 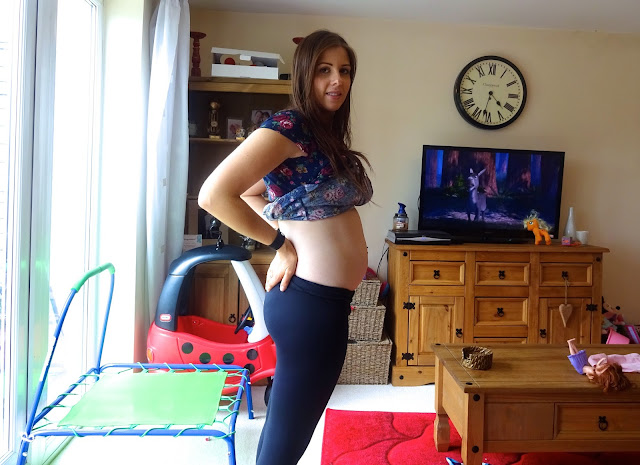