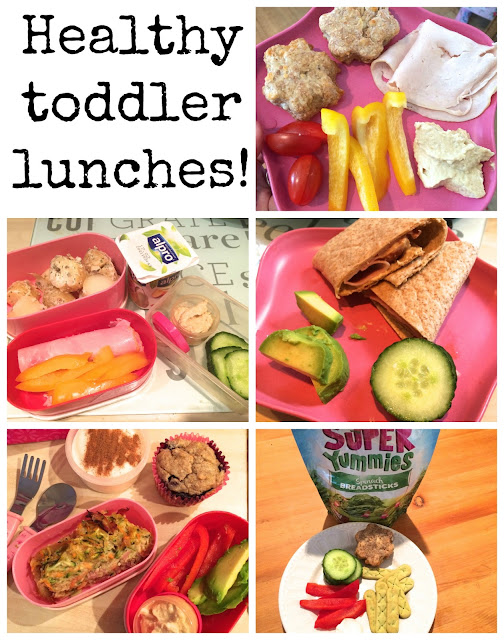 My last post about Sienna's lunches seemed to be popular so I thought I'd do another one. Again, apologies for the photos.. they aren't great as I quickly snap them before giving them to her or chucking them in her lunchbox in a rush! 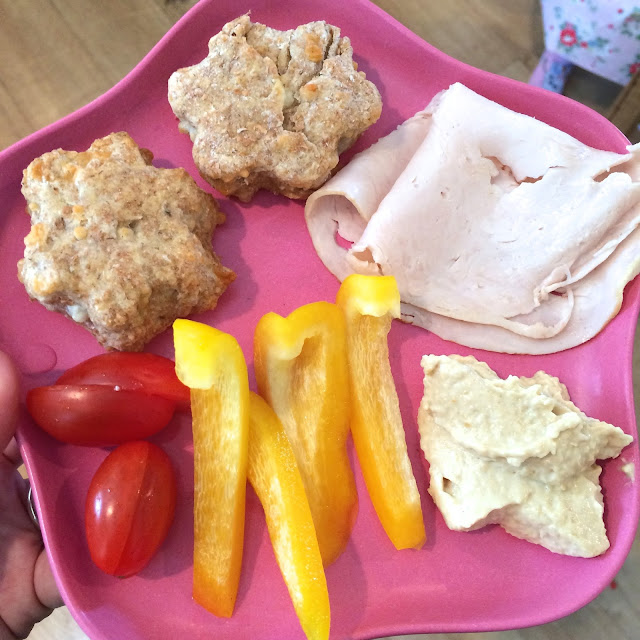 We made some wholemeal dairy free cheese scones that actually turned out really good (I will post the recipe soon!), so she had 2 of those with a piece of turkey, some organic hummus, plum tomatoes and yellow pepper sticks. 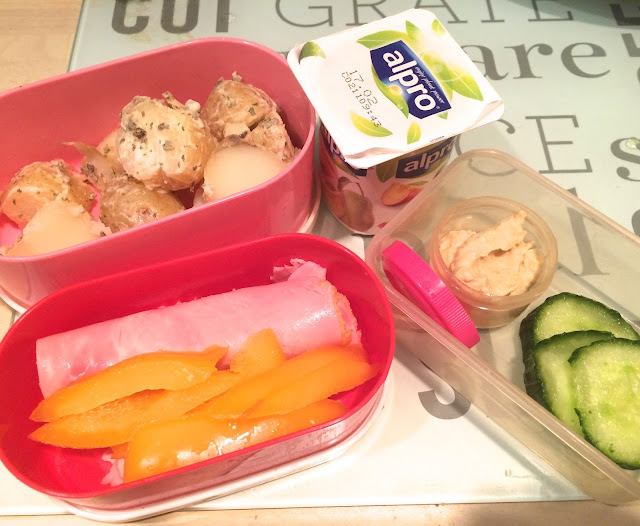 For a pre-school lunch, I made a new potato salad for the week (just new potatoes, extra light mayo & dried sage) so she had some of that, some rolls of turkey, yellow pepper sticks, organic hummus, cucumber and an alpro soya yogurt. She has been complaining I don't give her enough on a pre-school day so this was a bit bigger than usual and she ate it all! 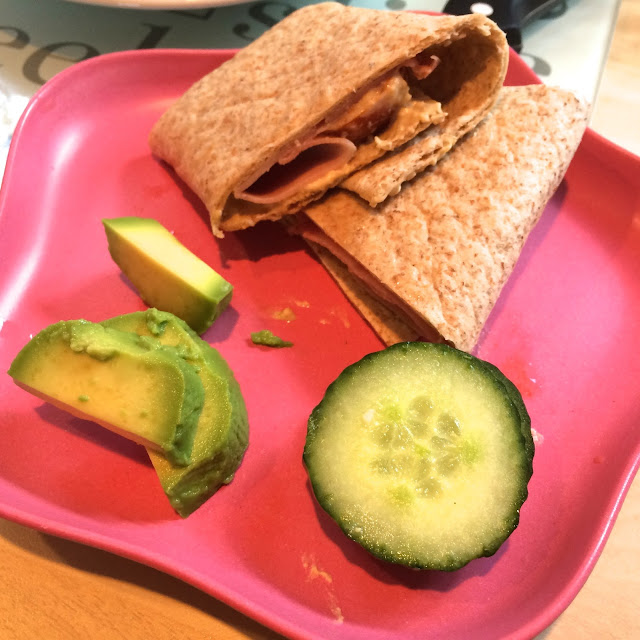 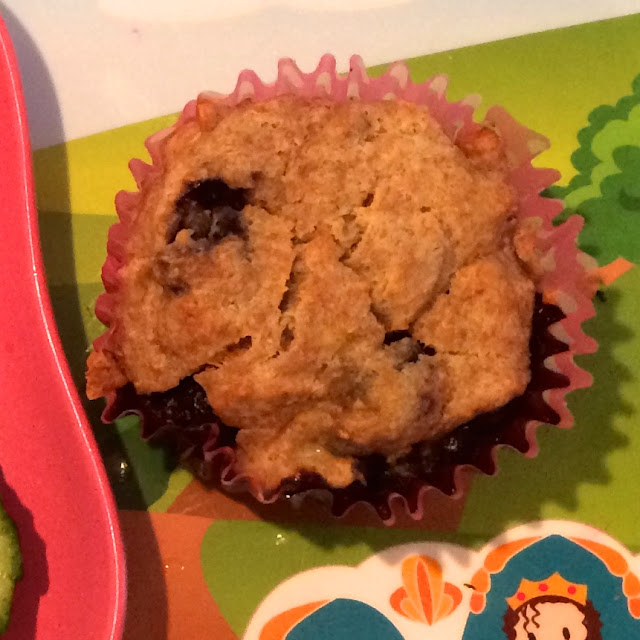 A ham, organic hummus and plum tomato wholemeal wrap with cucumber and avocado. She then also had a wholemeal blueberry muffin that we made. I used Claire's recipe but subbed the chocolate chips for blueberries and they still turned out really yummy! 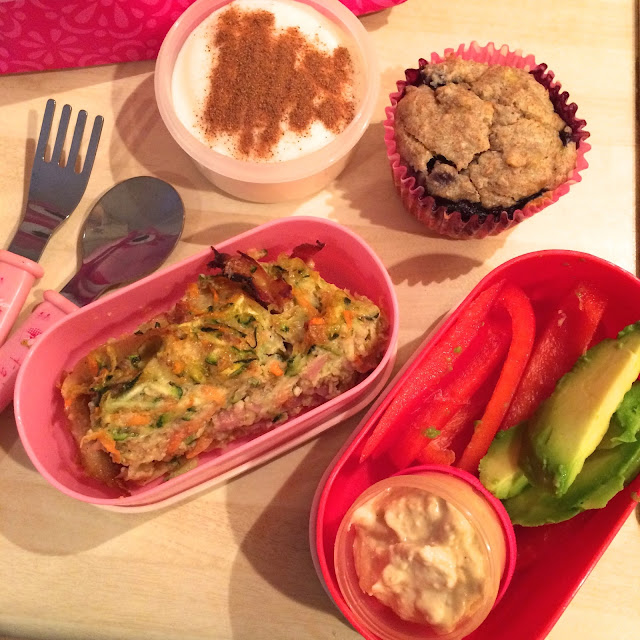 I have been trying to mix it up for her lunches and when on Pinterest I came across this recipe for Zucchini pasta slice and thought Sienna would like it so we gave it a go! It was a big hit.. She loves pasta and you know she loves her veggies too so it's a great lunch option for her. I really like it as well and I love that you can freeze it! I have put a batch in the freezer so I have a quick & easy yet nutritious, filling lunch for Sienna when the baby comes. She had a slice of that with avocado, red pepper sticks, organic hummus, some plain Alpro yogurt with cinnamon and a wholemeal blueberry muffin. Again she ate all of it! 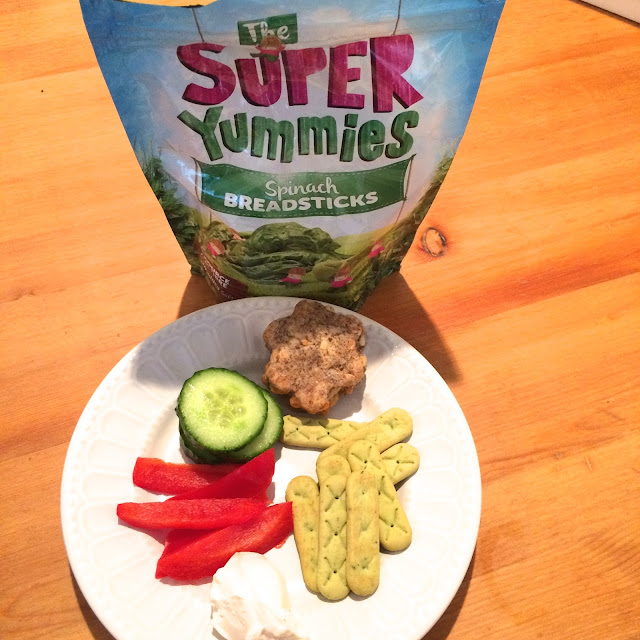 This was a quick snaky plate on a day she was a bit ill. She had one of the cheese scones, cucumber, red pepper sticks, lactofree cream cheese and some spinach breadsticks. I found them in Morrisons, they are by cow and gate and thought we'd give them a go. Sienna really likes them especially with the cream cheese! She ate all of this except 3 of the breadsticks but she was ill! She did also have a gingerbread man as a 'poorly treat' after this but I forgot to photograph it!


Do you have any recipes to recommend for lunches?