It goes so quick when you have a newborn.. I know every mother says this but I can't believe Aria is one week old already. It has flown by and has been such a happy, emotional, hard yet amazing week. 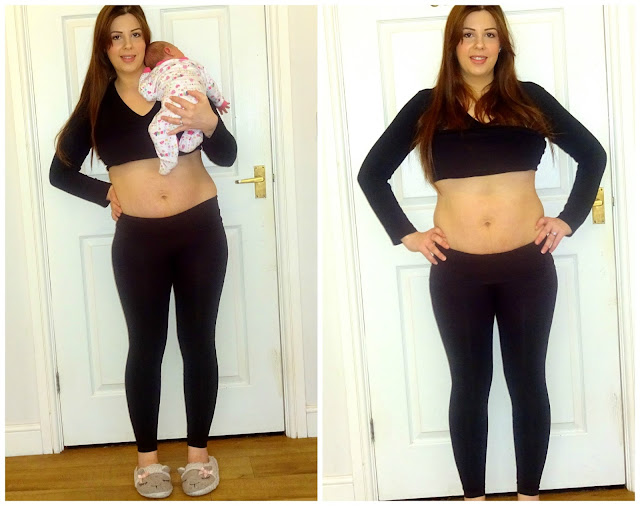 In terms of my body recovery, I am pretty much back to normal. It has been even quicker this time round despite the labour being longer and the actual birth feeling more painful. I didn't tear this time though I only had a small graze so that definitely helped.. I had a little bit of stinging the first time I went for a wee after giving birth but that was it, the next time I had no pain or anything which was amazing! I could also sit down and walk pretty much normally. I did suffer with the horrible after pains that literally felt like contractions but I only had a handful a day and they went around day 4 so it wasn't too bad.

My bleeding also completely stopped by day 5.. the midwife did warn it may come back next week however it stopped pretty soon with Sienna as well so I'm hoping it doesn't! Breastfeeding will have also helped with that as it is going really well and Aria is such a good eater! She latched perfectly straight away and I seem to have the hang of it this time as well, meaning this time round I have had minimal pain and I'm actually enjoying it! I am doing a more in depth post about this breastfeeding experience soon. 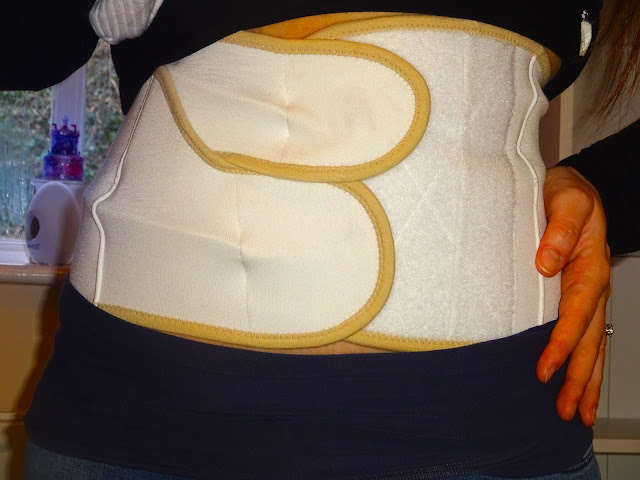 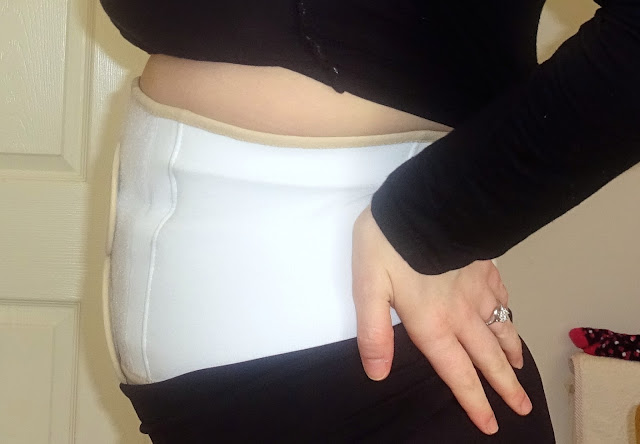 In terms of my tummy, I have been using my Belly Bandit & the Mother Tucker leggings and together, I feel like they have worked wonders! I'm quite happy with my stomach at one week postpartum.. I still have some extra fat around my middle and I'm generally bigger all over (and my face is still so chubby!) but I did put on a lot of weight so that's expected. The Belly Bandit is more comfortable to wear than I thought it would be and has helped my uterus go back down much quicker than it did with Sienna. I only got a few tiny stretch marks towards the top of my tummy this time round so that is good too and I'm not worried about them. With Sienna I was plastered with bright red stretch marks and they took months to fade so my tummy looks good compared to that! 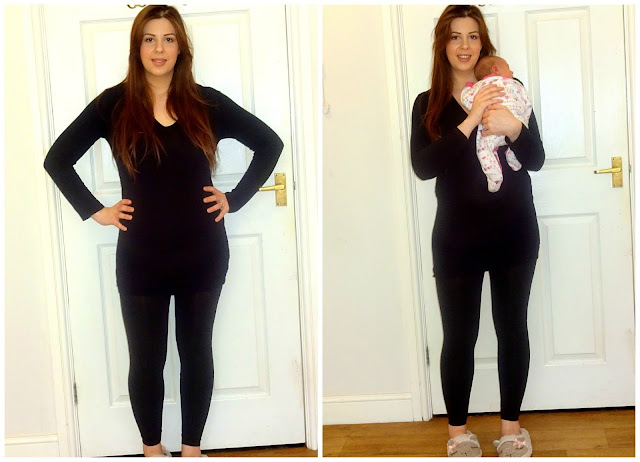 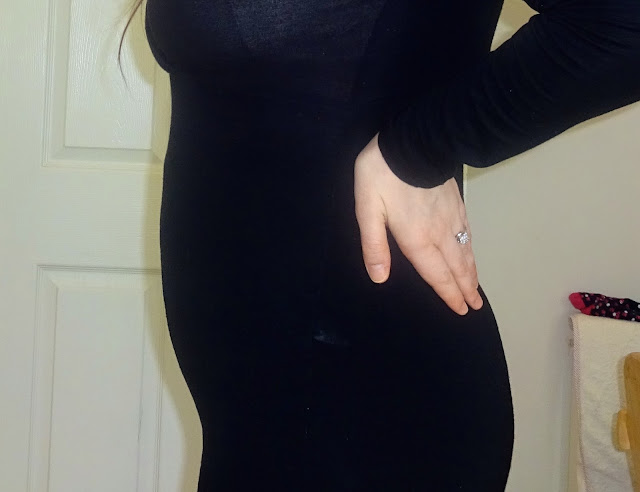 (wearing the belly bandit and the Mother Tucker leggings)

The Mother Tucker leggings help add a bit more compression to my stomach.. they have a tummy-flattening centre with an additional layer to compress your tummy even more and they also compress the thighs and butt a little bit which is nice to give me a better shape and make me feel like my old self! They are also really comfy to wear despite sucking you in and are breathable too.. I will be wearing these all the time!

I haven't been dieting or anything at all.. it hasn't really been on my mind this week I have just been trying to focus on getting the breastfeeding right and settling into life as a family four! I think I will wait until Warren is back to work in another weeks time until I try to start eating more healthily and going on some long walks with Aria is her pram to get back into some kind of fitness! I of course will wait until my 6 week check to do any 'proper' workouts although I feel like I could start next week as my body feels so normal already! 6 weeks seems like forever away! 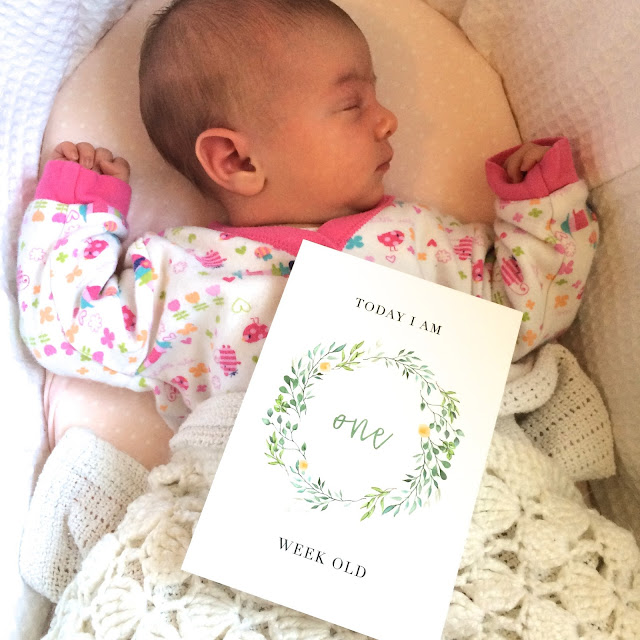 Aria is doing so well, her weight only dropped by 90g after 5 days, so she went from her birth weight of 7lb 5oz down to 7lb 4oz, meaning she is definitely a good feeder! She is still obviously in newborn clothes and nappies as she's still so dinky!

Sleeping hasn't been horrendous.. the cluster feeding nights are hard but it is expected from a newborn and as the breastfeeding isn't hurting, I'm not finding it as bad as when I had Sienna. When she cluster feeds, it tends to be from 8pm until 2am or there abouts. She will then sleep for about 3 or 4 hours though so I'm not doing to bad on sleep.. I just get so bored sat there for hours feeding her! 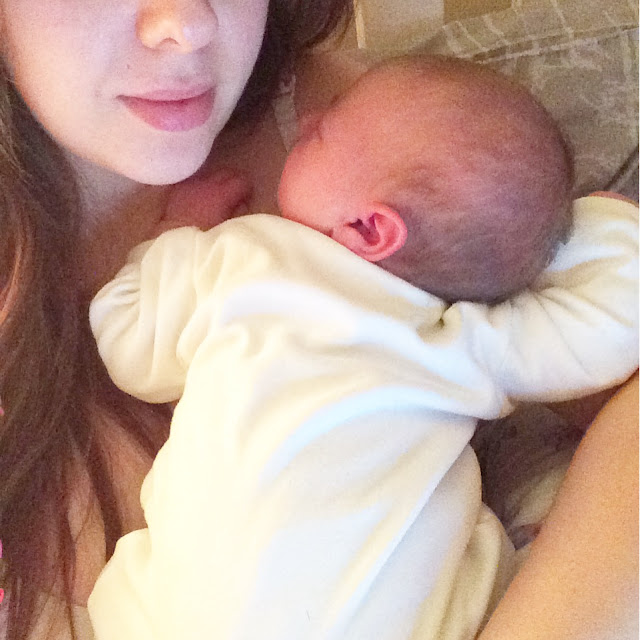 On the nights she isn't cluster feeding, she sleeps really well. It may have been a one off but on Monday night we went to bed at 10:30 and then I woke at 2:30 for the toilet.. she was still asleep and I was worrying so I woke her to try and feed her but she only had about 5 minutes on each boob before falling back to sleep. I put her in her moses basket and she slept through until about 7:30, fed again and slept for the rest of the morning! She hasn't done this since though haha. 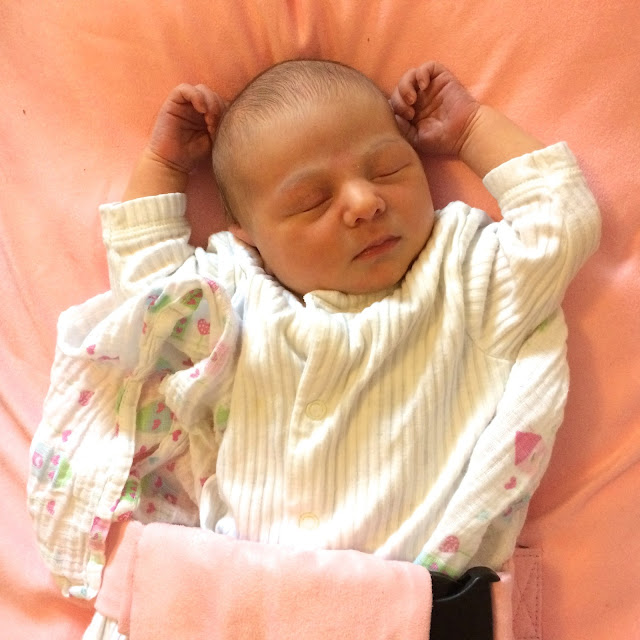 She sleeps a lot during the day and is so content, she will feed and then either fall asleep and we can put her on her beanbag or she will be happy just on her beanbag looking around, kicking her legs and listening to what is going on. We aren't really in a routine yet but as she is so content, I feel like not much has changed with Sienna's schedule.. although I am dreading Warren going back to work and me having to do the nursery run etc. Eek!

She's had her first bath and she hated it but I think we did it a bit too cold. We tried again yesterday morning with a warmer bath and she didn't mind it at all which is good, I gave her a little baby massage after with some lotion and she seemed to enjoy it and then was so relaxed! 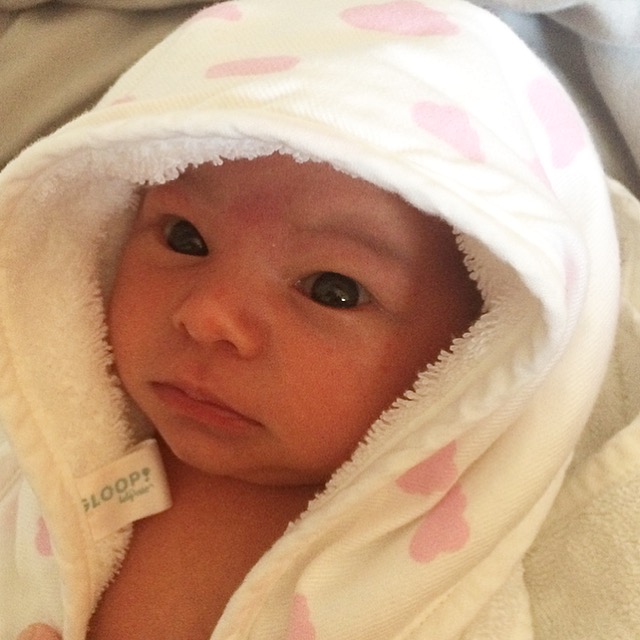 She seems so similar to Sienna as a newborn.. only really crying when she is hungry and other than that content on her own which I'm happy about as everyone told me she'd be the opposite to Sienna and scream all the time! haha!

We have also noticed her eyes are changing to blue! They were so dark when she was born and as she has darker hair than Sienna, we thought she might take after my colourings but it looks like she is changing more into Sienna's colouring! I wanted to share this new interactive baby sight tool below as well as it's all to do with what your baby can see which I found really interesting after Warren made me google what Aria can see! I didn't know newborns would only see in shades of grey.. it's no wonder they cry a lot I can't imagine everything being so blurry and dark!

It's been such a good first week although it's gone too fast! I can't wait to create lots of memories with my girls and watch them grow!