Pregnancy | How things were different 2nd time round

I'm already sad this was my last pregnancy.. although I definitely don't want anymore, it's hard not to miss the growing bump and movements. I feel like this pregnancy has been similar in a way too Sienna's (hello all-day, 5 month long sickness and horrendous back pain) but also different (I've actually enjoyed this pregnancy for the most part) but there are definitely things that were totally different this time round and I think it is the case with most second or subsequent pregnancies. 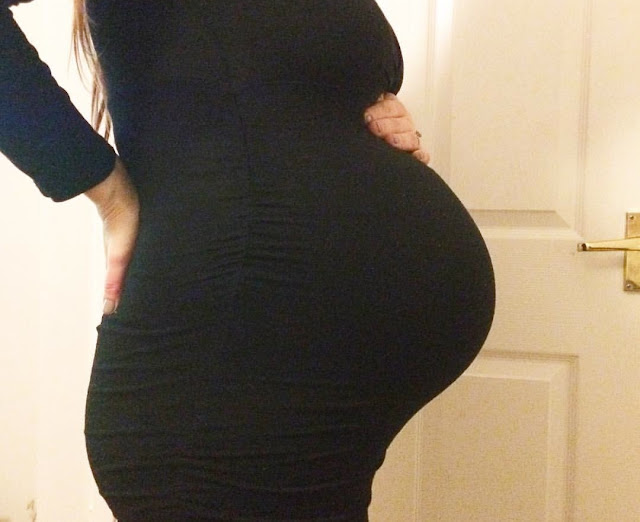 How quickly you grow
Everyone says you get bigger quicker with your second but I didn't realise just how much! I can't believe how big I was at 12 weeks when we announced! Although, I do feel like it slowed down in the second trimester and then I actually felt a little smaller than the first time I was pregnant.

How much more you try to savour it..
I feel like I have really tried to enjoy it this time as I know it's my last pregnancy and will soon be a distant blur! I have tried to not moan too much or let the pain get me down and it's only temporary.. until the last few weeks that is!

..but also how time flies and you lose track of the weeks!
As much as I have tried to savour it, I have been forgetting just how far along I am as I am so busy everyday doing the daily chores and looking after Sienna that the weeks zoom by! I can't believe how quick it has gone and Aria is here already.

How hard things are..
After chasing and cleaning up after a toddler all day, little things like doing the dishwasher feel so hard and tiring! I also think I have had more back ache/pelvic pain probably because it's weaker from the first time round and I am constantly on my feet, I can't lie on the sofa all day like I did when pregnant with Sienna!

How strong the kicks are
As well as getting bigger quicker, they say you feel the movements earlier and for me that was so true! I felt bubbles at 12/13 weeks and couldn't believe it when I was feeling really strong kicks and rolls at only 17 weeks!


How did your second pregnancy differ?