Breastfeeding | Things I wish I'd known the first time round

I've had to come back and revisit this post now I am trying to breastfeed Roma. I don't know if I just forgot with Aria or if it's because I now have 2 other kids in the day but I am finding it harder this time round. The cluster feeding and not sleeping is really getting to me only 3 days in. I know it won't last forever and she is only trying to establish my supply but I have had so many doubts as to wether I can do this again or not. For now, I am persevering.. (I think).

Here's the things I wish I'd known the first time round.. 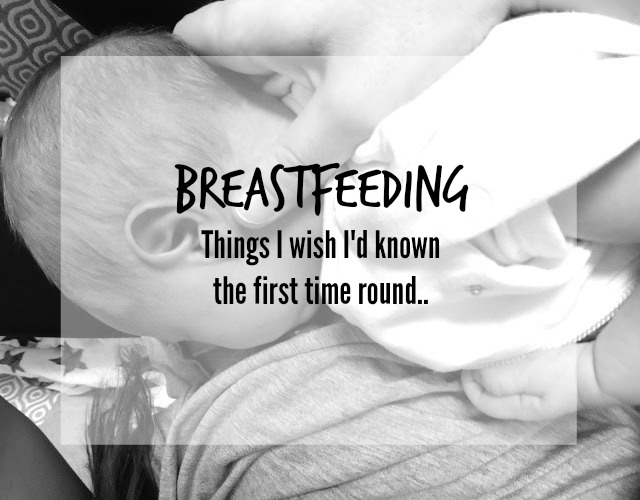 HOW to latch
1. Turn the baby on their side facing the breast you plan to feed from.. the baby shouldn't have to turn it's head, it should already be in position.
2. Line your nipple up with baby's nose.. this way they have to tilt their head back and open their mouth wide to get it which will give a better latch and get the nipple to the back and top of the mouth.
3. Wait for baby to open their mouth wide and then try to get a large amount of breast in so their mouth and lips cover most of your nipple.

If it hurts after a few minute, use your little finger in the corner of their mouth to break the suction and try again. The first few minutes of latching on will always hurt but then the pain should go, if it doesn't, keep trying to latch until it is painless.

Lansinoh is worth it
Lansinoh nipple cream is SO worth the money! I used cheaper nipple creams and balms with Sienna and they din't work as well. I also recommend putting it on after EVERY feed.. I still do this now. This has kept my nipples in good condition, they have felt sore a few times after Aria hasn't been latching well but they haven't cracked, blistered or bled like they did with Sienna making it so much easier and more enjoyable!

Cluster feeding is normal
Cluster feeding in the first few weeks is totally normal.. it doesn't mean you aren't making enough or they're not getting enough so don't worry or feel down about it! It is tiring but it will help your milk supply increase so that you are able to feed your baby in the future, so just go with it. Remember, 'this too will pass!'.