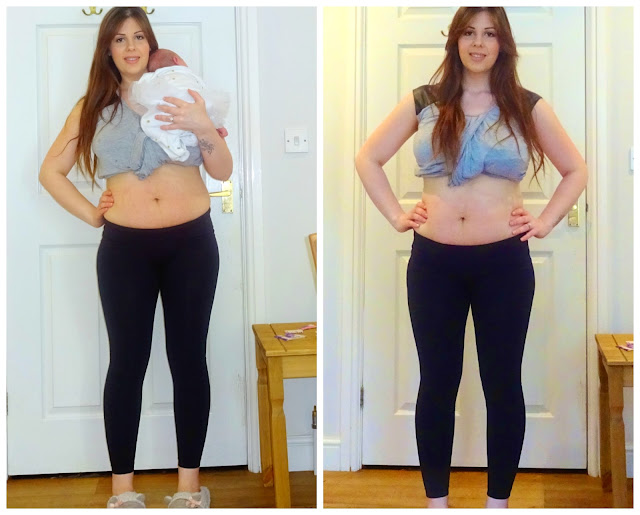 My little cherub is two weeks old already! I wish my pregnancy weeks went as fast as the weeks are going now haha! It's been a bit of a tough one this week emotional, I feel like I have had some anxiety, a lot more than what I had with Sienna but I think it is because of the miscarriages and losing Rocco.. I just can't believe Aria is here and she is so perfect, I feel like it's too good to be true and something is going to happen to her and my happiness will be taken away. It's a weird feeling but I'm just trying to focus on the good and try to get those thoughts out of my head. I'm also worrying about Warren going back to work.. it's a bit daunting having both girls on my own, especially when I have to get Sienna to playgroup etc!

My body seems to have gone down hill this week, haha! My bleeding came back on day 10 post partum but I think it's because I did a few hours walking around Primark! Apparently exercise can bring it back. My skin is also breaking out a lot due to hormones returning to normal and I also have mastitis which isn't fun.. luckily I caught it early though and I'm on antibiotics so I am still able to breastfeed quite comfortably which I'm relieved about!

I'm still wearing my belly bandit and my uterus is back down to where it should be although I don't feel like I have lost anymore weight or anything this week.. although I haven't been eating that well so I'm not surprised! I'm going to get back on it next week when Warren is back to work.. I swear he is a bad influence haha! 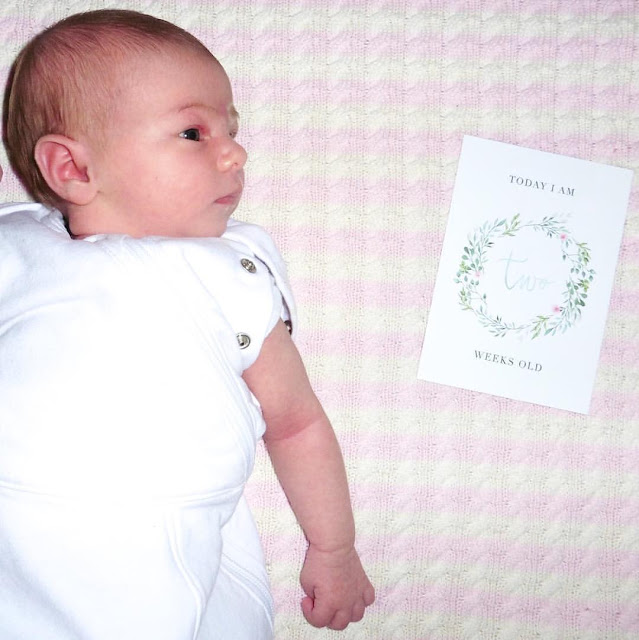 Aria is still gaining weight which is brilliant, she is now over her birth weight and weighed 8lb 2oz yesterday! She is now 55cm long which the health visitor was surprised about but she is definitely long! Her newborn baby grows are too small when she stretches out now but 0-3 months is still way too big so we are having to keep her in newborn! I find the mamas & papas baby grows I got are the ones that fit her best at the moment, they seems to be a bit longer than any other brand we have. This week she also has a bit of a gunky eye, you can see above it is a little sore but I am using breast milk to try and help clear it up. She also has a little dry skin on her hands and feet but I know that is normal. 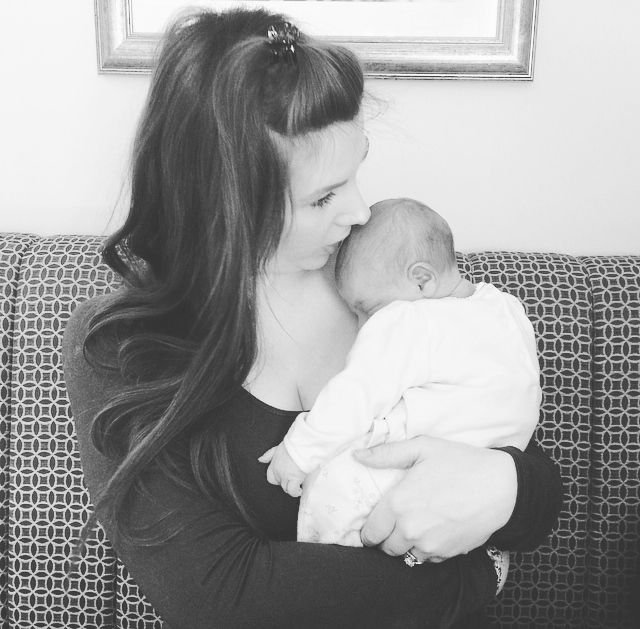 She really hates being sick.. she won't let it come out of her mouth and either swallows it and chokes on it or it all comes out of her nose! I don't know why she doesn't just open her mouth as it scares me when she chokes or it comes out of her nose.. bless her! She's also not a fan of having hiccups! She grunts in between them as if she's really angry haha. 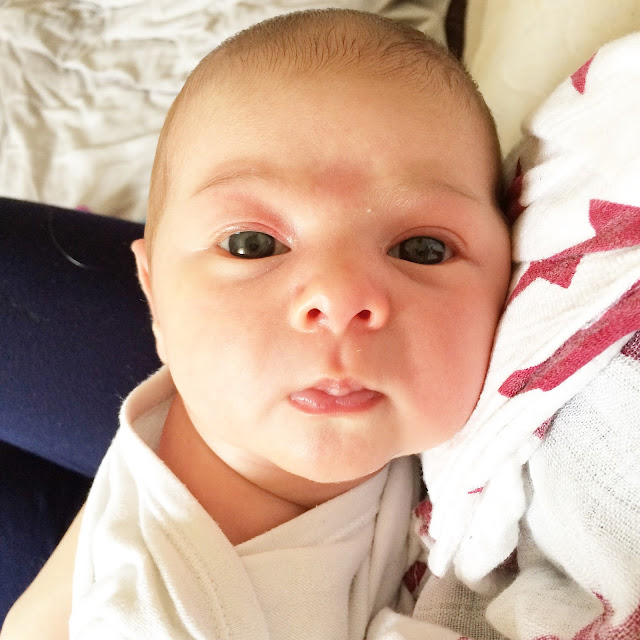 Sienna and Warren have already started shortening her name too just 'Ari'.. I didn't like it at first but I have caught myself saying it a few times, woops! She also has the nicknames 'squeaks' and 'firework' as she makes the most high pitched squeaky noises like a firework or a catherine wheel haha! It is so cute. 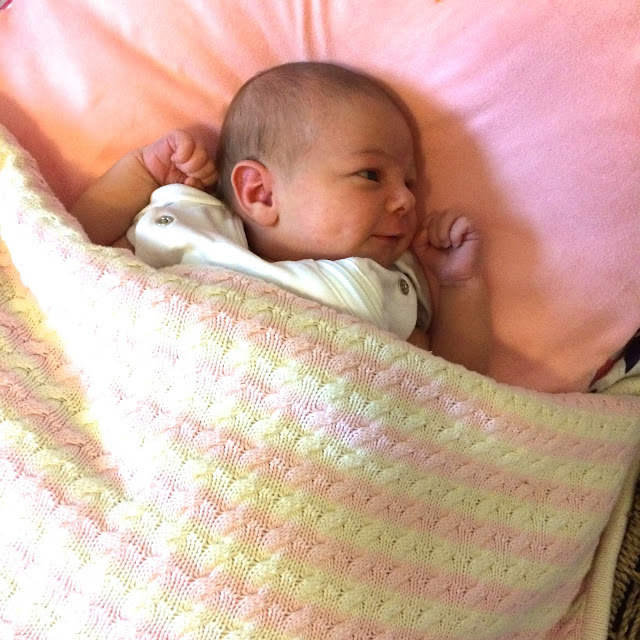 I have also forgot to mention before that she has the cutest dimples when she has windy smiles! I really hope she keeps them but I know some babies grow out of them. I think her face is changing, she is looking less and less like Sienna and Warren and more like me I think!

I'm quite looking forward to next week to try and get into some kind of routine when Warren is back at work.. wish me luck!