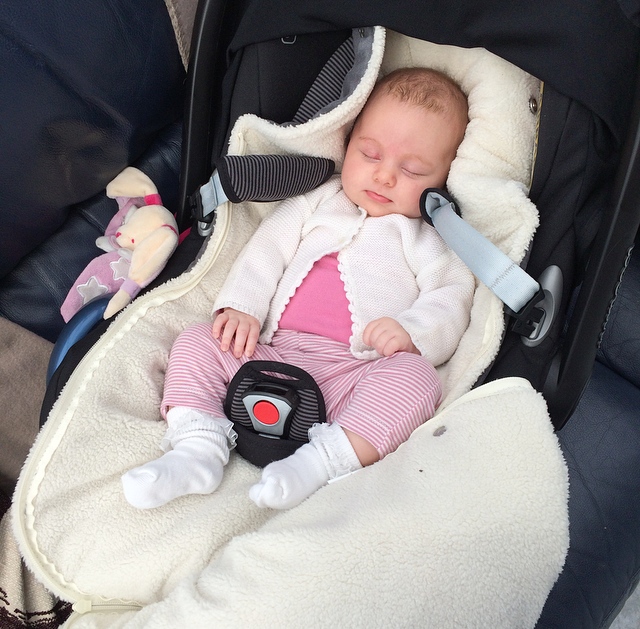 2 months already.. I think I'm going to cry! It goes even faster the second time round I can't believe it. She is changing so quickly as well and already interacting so much more. She always has the biggest smile ever and she wakes up so happy. 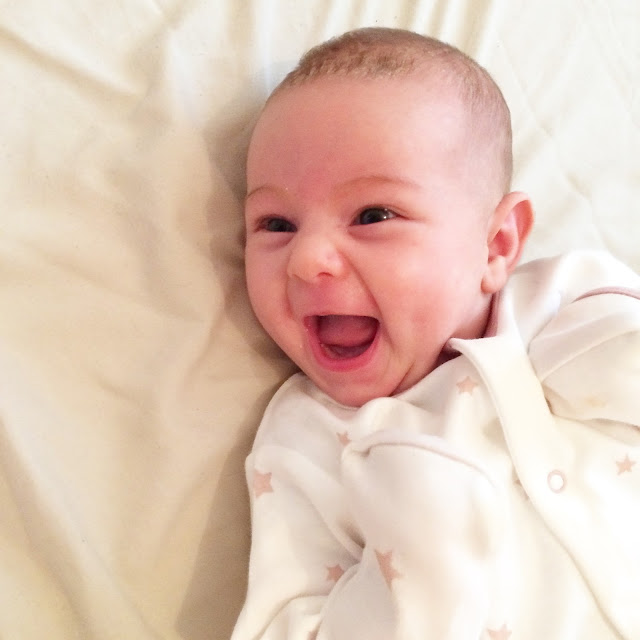 I've also started putting her in little outfits now of leggings and tops instead of just baby grows as I'm worried she won't get to wear all her lovely clothes. She's getting so long so quickly but I still don't feel like she is particularly chubby so some of her outfits in 0-3 months are still too big on the tops but the bottoms fit. Such a dilemma haha! 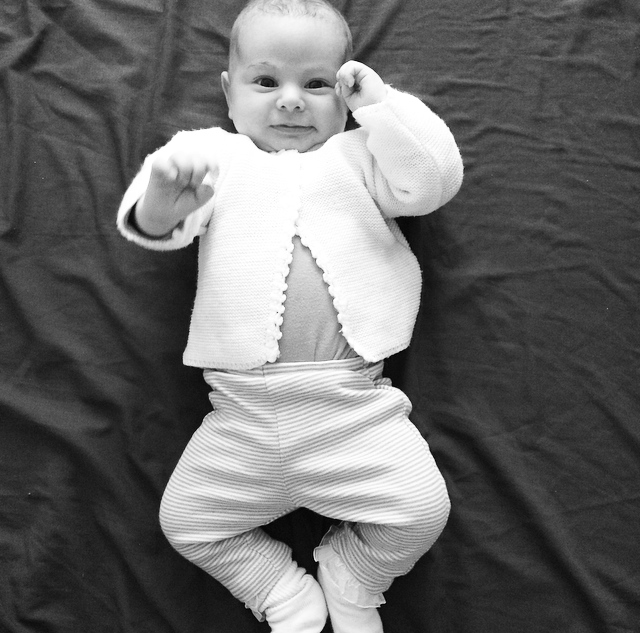 I bought the Mamas and Papas starlite swing for her as she loves to be held and walked around when she's tired but the swing doesn't do it right apparently. I can't put her in it awake she just screams and screams so I have to rock her to sleep first and then carefully put her in the swing.. I only get about 10 minutes before she is awake though! I'm hoping she gets used to it and likes it more soon so it isn't a waste of money! 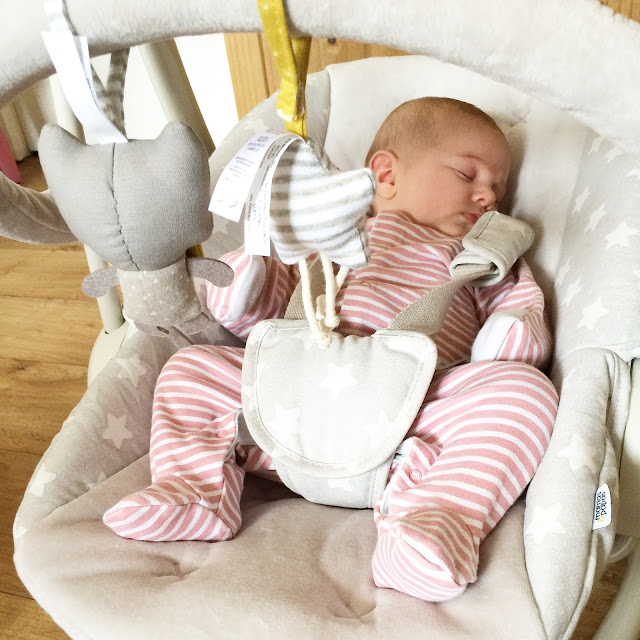 She's sleeping much better.. the health visitor advised me to try putting my top that I've been wearing that day into her moses basket for her to sleep on so she can smell me and since doing that she has been going a 4 or 5 hour stretch when we first go to bed which is amazing! So she falls asleep between 10pm and 11pm and then will sleep until between 2am and 3am depending on what time she fell asleep. She will normally feed for around 20-30 mins and then fall back asleep. She's generally back in her moses basket and asleep by 4am at the latest and then wakes between 5:30am and 6:30am, she will go back to sleep straight away after this feed as well. Sometimes I get up after this and start getting ready while she sleeps or sometimes I get another hour sleep in. So if I get up, she only wakes once in the night which is fab! 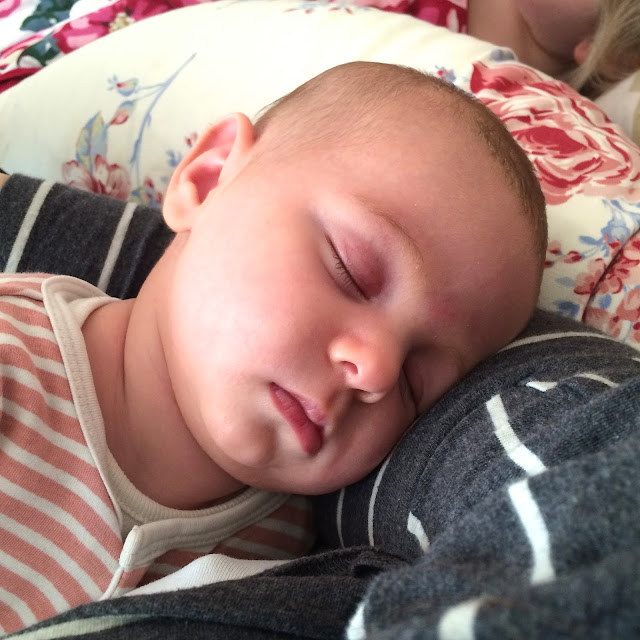 She still loves to be close to me which I think is normal but she is also getting used to Warren and other family members and doesn't scream as soon as she is with someone else which is good. I feel like Warren is bonding better with her which I love. It helps that she can interact more by smiling and almost giggling. She's very ticklish, if you tickle her tummy she pulls her legs up and makes funny noises, almost like a giggle but not quite. I'm sure it won't be long until we hear that sweet sound! 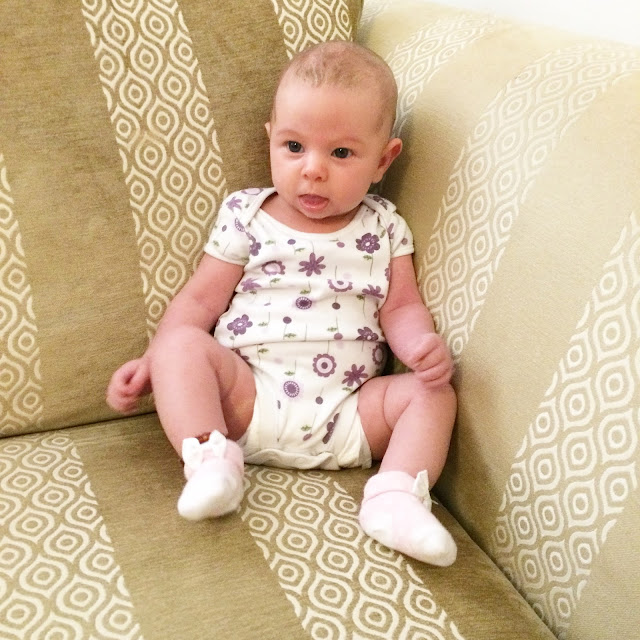 Even though she is really long.. everyone that meets her says she isn't as big in real life as what she looks in the pictures. I swear pictures make her look huge but she is still my tiny baby! I haven't had her weighed since 6 weeks though. 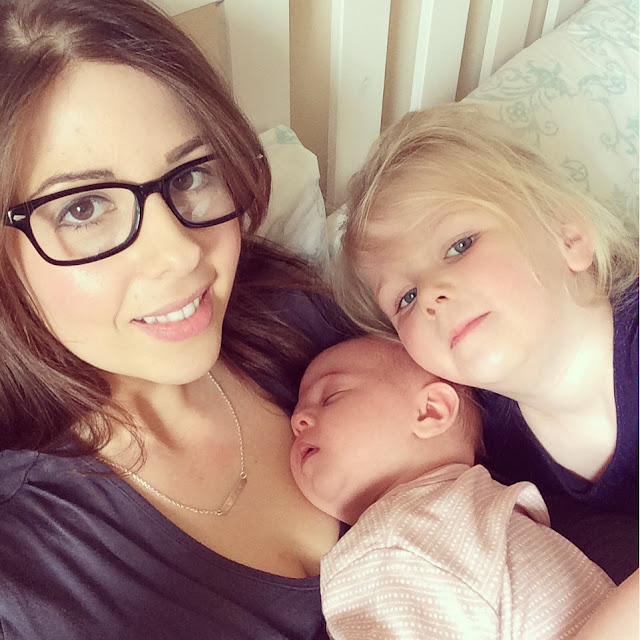 Her bond with Sienna is getting stronger, she absolutely loves Sienna and has the biggest smile when she hears her voice. Sienna loves that she gets a reaction too when she sings or talks to her... I can't wait to see it blossom even more!