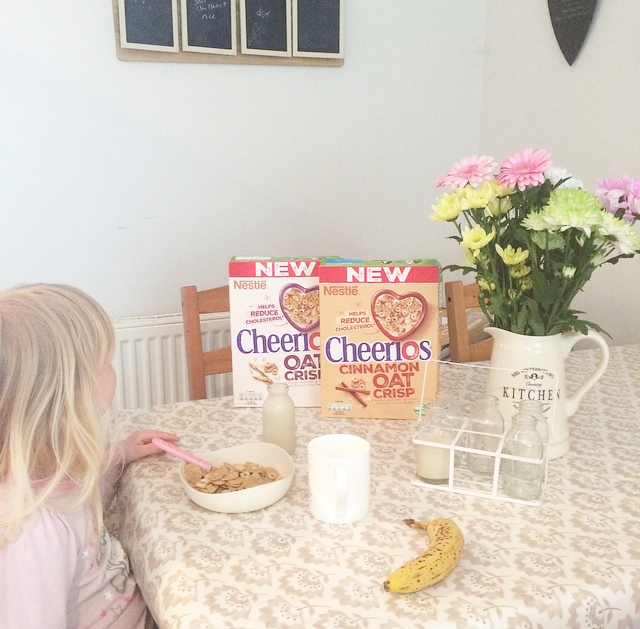 To say Sienna is a cereal monster is an understatement. We go through several boxes a week and she normally mixes a few different cereal every morning as she can never decide and has many favourites! 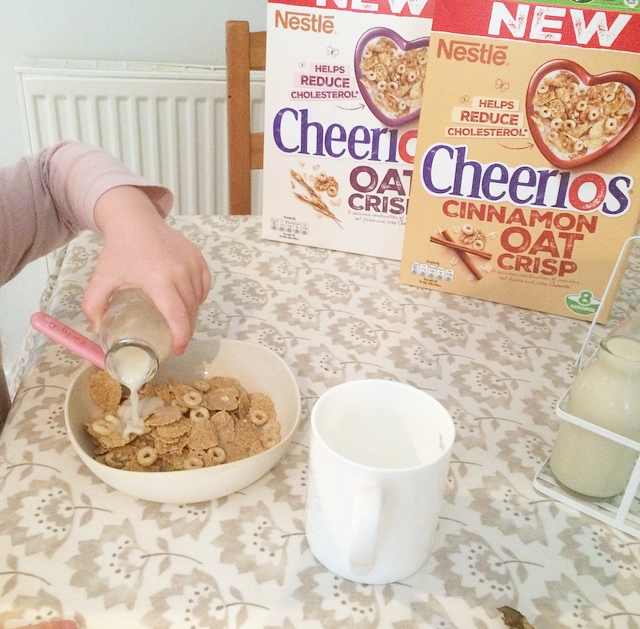 We were asked to review the new Cheerios oat crisp range and I knew she would happily oblige and be excited. The oat crisp is a 'heart healthy' breakfast & cholesterol charity Heart UK have given CHEERIOS Oat Crisp® their seal of approval! Just one bowl of tasty CHEERIOS Oat Crisp® will provide 1/3 of your recommended intake of beta-glucan and they're also high in fibre and low in saturated fat. It is a mixture of the light crispy o's you'd normally associate with cheerios as well as crunchy flakes of oat. 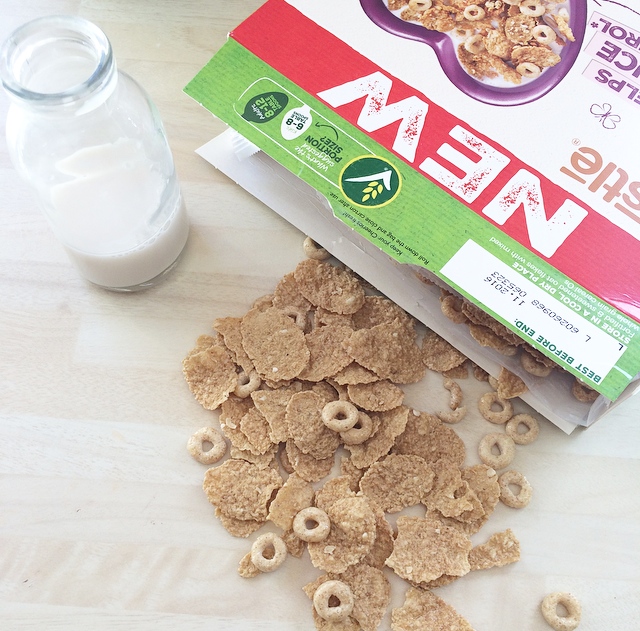 Sienna was instantly interested as it looked like we had mixed two cereals but it was from one box.. she couldn't figure it out bless her, these things blow your mind when you're three years old ;) She couldn't wait to try them and with the first claimed they were delicious. 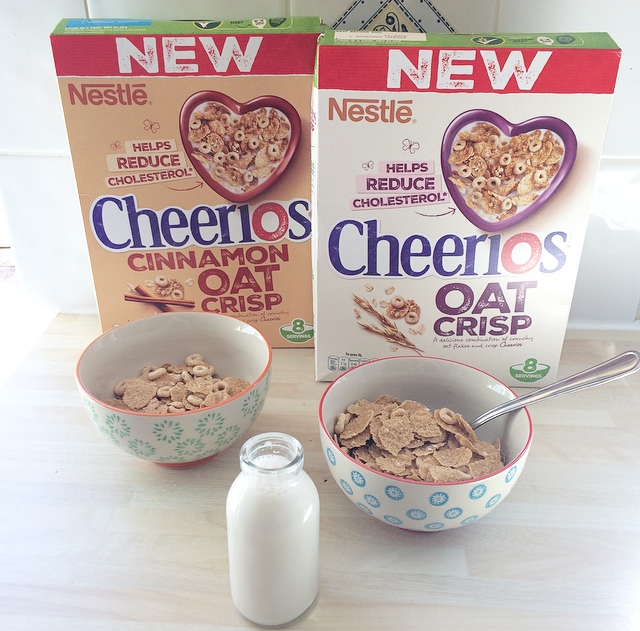 Warren & I have also been a fan of these. There's a cinnamon version available too that I think is our favourite; it has a nice sweet spice but isn't overly sweet or overpowering.

I know Sienna would definitely pick these out if she saw them down the cereal aisle when we were shopping so they've definitely been a hit. It's brilliant to know they are healthy as well as it can be tricky to get toddlers to eat well!