6:10am - I hear Aria babbling away to herself, I peer in at her and she's bright eyed, wide awake. I try to give her back her dummy and turn on her Whisbear to try and see if she goes back to sleep. I close my eyes and pretend I can't hear her.

6:24am - Sienna's face appears in mine. Aria's still wide awake. I guess we're awake for the day!

7am - We head downstairs. I grab a much needed coffee and Sienna gets out her colouring book and a pen. Aria is happy led on her changing mat having a kick about so I try to get some work done while I drink my coffee.

7:45am - I've got quite a lot of work done so I'm happy with that. Aria starts to get grumpy so I see if she wants her morning bottle (she never wants it upon waking). She takes 3 ounces and then starts spitting it out.

7:52am- Sienna starts asking for breakfast and Aria isn't interested in her bottle so we head into the kitchen to get some food. Sienna sits at the table and Aria sit sin her seat walker while I get breakfast done. Sienna has a fruit salad and I warm up some of the Annabel Karmel apple, blueberry and vanilla pouch for Aria. She loves these! 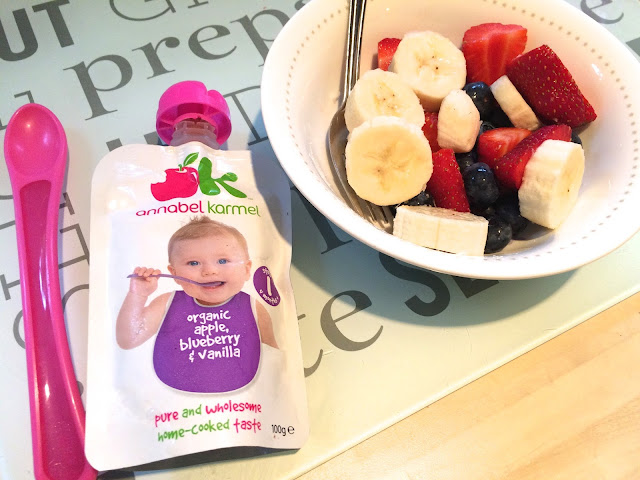 8am - Sienna's eating breakfast and just before I'm about to give Aria hers, she does a poop explosion. I take her to change her while Sienna finished off her breakfast.

8:10am - Once Aria is cleaned up & changed, she is grabbing for her bottle so I try it again, she drinks another 2oz.

8:28am - Aria is showing signs she's tired so I put her for a nap. As soon as I put her in and give her the dummy, her eyes close. Result! I come down and put some porridge on for myself.

8:34am Aria's crying, I run up and she's lost her dummy so I give it back and she closes her eyes and drifts off again.

8:38am - My porridge is done and Sienna decides she now wants a piece of toast so I make that and we sit down to eat together while I start typing up this post.

8:52am - I wipe Sienna up and finish off my breakfast before I wipe down the sides and we head upstairs to get ready for the day while Aria is still sleeping.

8:53am - I actually send an invoice I needed to do but nearly forgot about. Now we head upstairs at just gone 9!

9:20am - We're ready. I actually decided to just chuck on some workout gear and I'm not planning on going anywhere and I want to try and fit a workout in at some point today. Sienna asks to stay in her room quietly doing a puzzle so I head downstairs to do some chores. Bins/dishwasher/laundry.

9:29am - I start folding towels and bedding that came out the tumble dryer while catching up on Hollyoaks from last night. 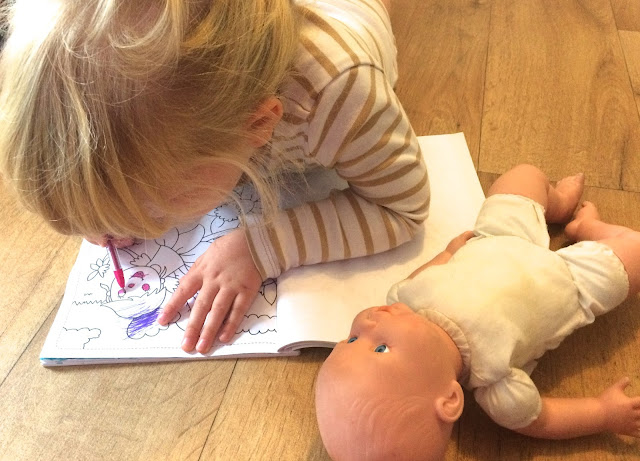 9:33am - Sienna comes down with her dolly and they do some more colouring. I carry on catching up with Hollyoaks and type more of this post up as well as uploading a video to my channel and making the thumbnail. I also check my emails and put some data into my spreadsheet while I remember.

9:48am - Hollyoaks has finished so I join in with some colouring with Sienna! I love colouring, it's so therapeutic.

10:14am Sienna decides she wants to do painting instead so we get some paints out!

10:28am - Aria wakes, I bring her down, change her nappy and finally give her breakfast.

10:45am - The Asda delivery is here! I film my grocery haul and we pack it away and do the washing.

11:12am - Workout time! I do the Carifit whole body burn wearing Aria and it leaves me super sweaty! Don't forget to use code 'carifitwithkerry' to get all the workouts for just £30!

11:40am - Workout done! Aria is hungry so I feed her a bottle while I cool down. Sienna is still on the iPad doing a alphabet game.

12:03pm - We all go upstairs and the girls play on the bed while I shower. I get out, get dressed and play with them for a bit singing nursery rhymes and doing peppa pig puzzles. 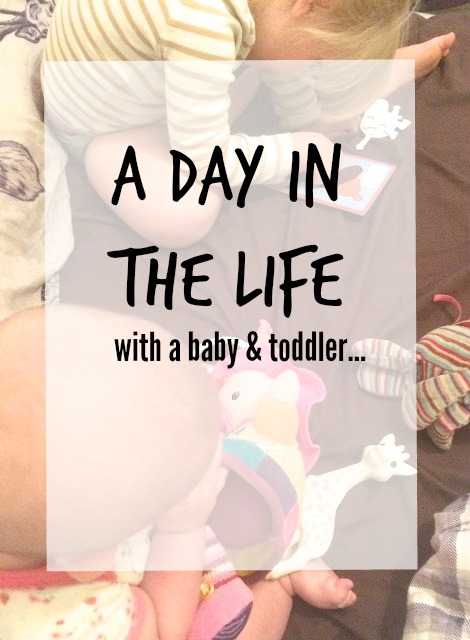 12:44 - We're eating lunch, I made veggie egg scrambles. Follow by coffee and chocolate biscuits. It's all about balance! We play a bit more and sing more songs.

1:20 - Aria goes for her afternoon nap.. a little early but she's seems so sleepy after being in the wrap.  Sienna and I spend the whole of Aria's nap time doing more colouring, drinking more coffee and doing some lego.

2:39pm - Aria wakes. I see if she wants her lunch now (courgette) but she keeps spitting it out. Oh well, we'll try again tomorrow!

3pm - We head upstairs to watch some Netflix and chill in the bed. I have a slight headache and feel pretty exhausted after that workout so a lie down is much needed! We read some books and Aria has a bottle too. Sienna watches The magic schoolbus and Veggie tales, she has been loving those on Netflix lately! #StreamTeam

4:04pm - I feel so much better, a combination of lots of baby kisses and the coffee kicking in so we go downstairs ready to start dinner! It's brightened up outside a bit so Sienna goes outside on her scooter and Aria grizzles in her seat walker watching her. Aria is due a leap so is pretty much grumpy unless asleep or attached to me. Bless her! While the dinner's on, I do the bottles ready for the night & catch up with emails & this post.

6:25pm - We're out the bath and doing the whole dry/pull ups/nappy/story/teeth routine. 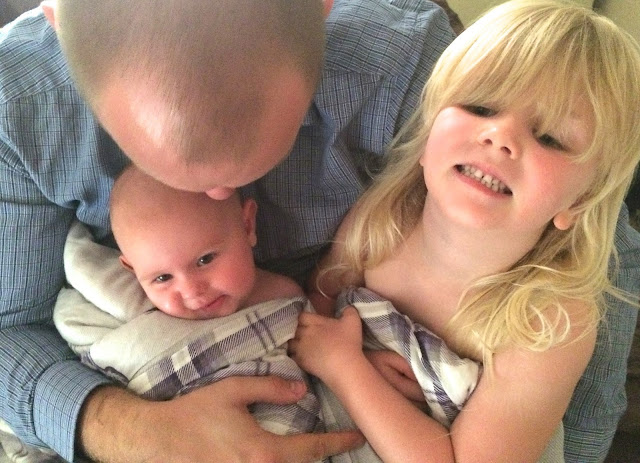 6:44pm - Warren arrives home and comes up to help. He cuddles and plays with the girls for a while and puts Sienna to bed.

7:20pm - She doesn't settle until now, I think it was wind. I was rocking her and bouncing her for a while, she did a big burp and then started to fall asleep on me. Sienna went to bed good as gold as always excited for a sleepover with Grandma tomorrow night and is already out for the count.

7:34pm - I'm settled down for the night, I catch up with Warren, paint my nails bright red and catch up with Hollyoaks, Teen Mom 2, Find my first love... all that crap that I love!

9:32pm - I'm getting hungry so I have an apple & almond butter and some water

10pm - Time to dream feed Aria and get some sleep myself ready to do another day tomorrow!


See more...
Day in the life of a pregnant mom

Email ThisBlogThis!Share to TwitterShare to FacebookShare to Pinterest
Labels: day in the life, family, parenting