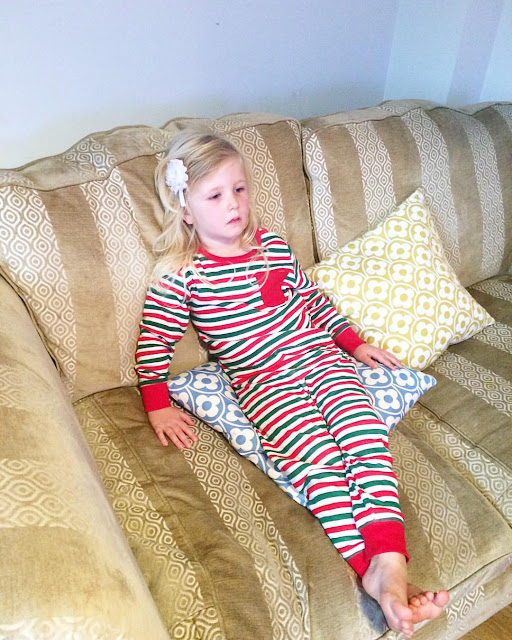 You may or may not be aware that Matalan have a campaign going on in collaboration with Children's charity Alder Hey. The #GetYourStripes campaign is a brilliant way for you to get involved with charity giving this Christmas.

Giving is something we're used to at Christmas..I have already started my Christmas shopping and Sienna has supplied me with a list as long as her arm of what she wants. She has been watching all the adverts and been through the catalogues and magazines, circling which ones she really, really wants.. that's everything than ;) She's also helpful at giving me ideas on what to give her sister and other family members too.

Now that she's four though, I think it's important to start letting her know we can also give to the less fortunate children which is the best present you can give. This is why I really wanted to be involved with the #GetYourStripes campaign.. you can buy your stripe pj's and accessories from Matalan to join in on social media and 100% of the money raised is going to Alder Hey, where it will be used to fund life-saving research and also provide the amazing services such as personalised bedrooms for patients and virtual visiting for the neonatal unit.


The Matalan #GetYourStripes hub has a variety of downloadable activities for the kids including Christmas colouring in sheets and reward charts to help the whole family get their stripes this year.
Sienna has got her PJ's and was asked to be part of Matalan #GetYourStripes campaign, see the video below to find out how she is going to be good and get her stripes this Christmas!


The #GetYourStripes clothing and accessories is proving so popular, so head on over to the Matalan website to get yours before it's all sold out!


How will you #GetYourStripes this year?