Aria at One year!

At one year, Aria's personality is starting to shine through more and more. She is so cheeky and you can see she does things on purpose.. she will go to do something she knows she's been told not to do and turn around and look at you just before doing it to see if you're watching. If you are, she still does it anyway just with the cheekiest grin on her little face! 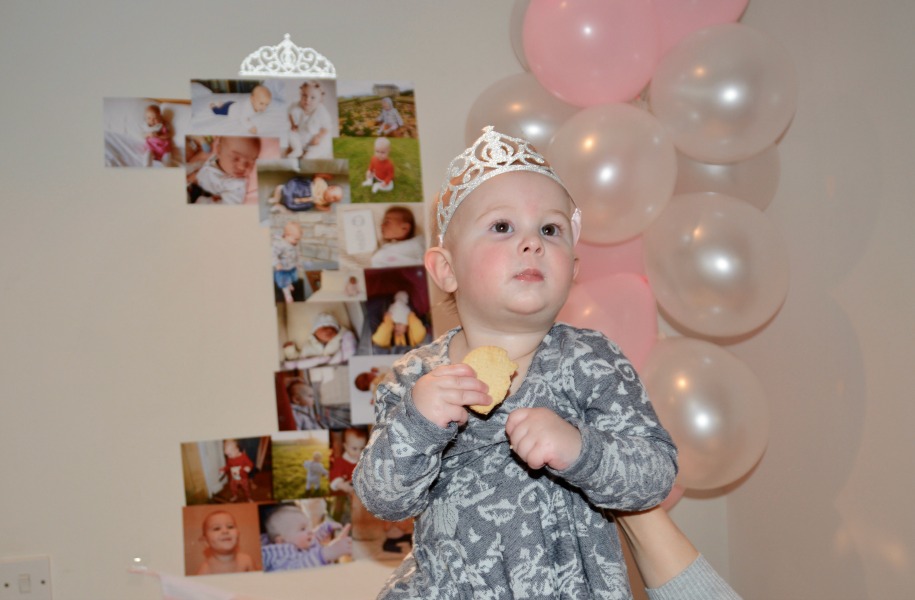 She is also talking a little bit more and her 'babble' is resembling a few more words. She can pretty much say 'Piper', 'Mama', 'Dada', 'Gone', 'Bye bye', 'Hiya' and 'Night night' but you'd probably only notice if you know her, it's still questionable sometimes haha. It also sometimes sounds like she says 'bubble' when she's in the bath and she has been going around saying 'nananana' and we think she's either trying to say 'Banana' or possibly 'Sienna' as she says it a lot more when Sienna is at playgroup. But last night she said 'enna' just before bed cuddling Sienna so we don't know for sure haha! 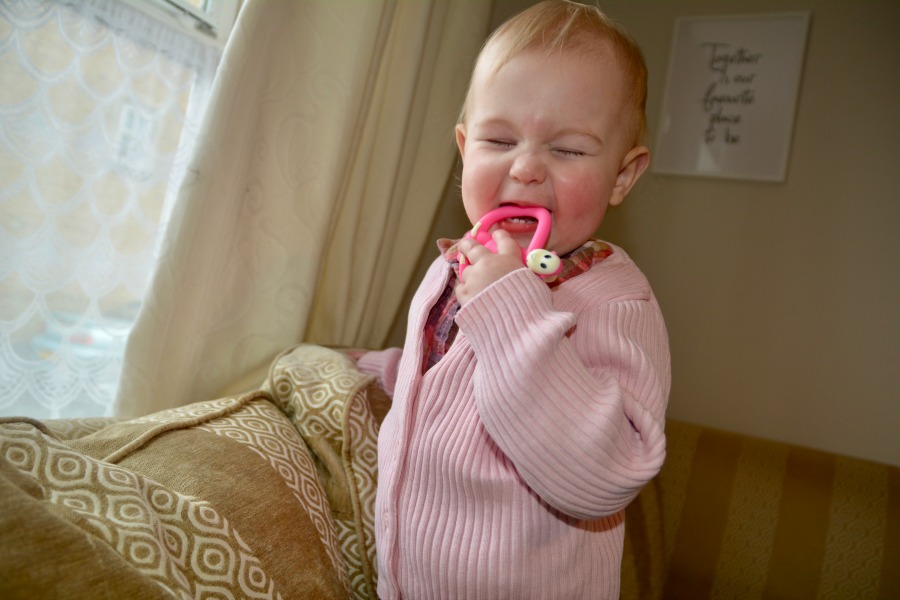 She's been teething like crazy and she now has 8 teeth, so she has had 4 more cut through in the past 2 months! She still suffers so bad with teething so it's been pretty hard but I'm just hoping to get them all done and out of the way. She has also been suffering from really dry skin and patches on eczema all over her body, I'm not sure if it's just the weather or something she's going to suffer with all the time, poor little sausage! She also had her one year injections but so far she's been ok after them, touch wood! 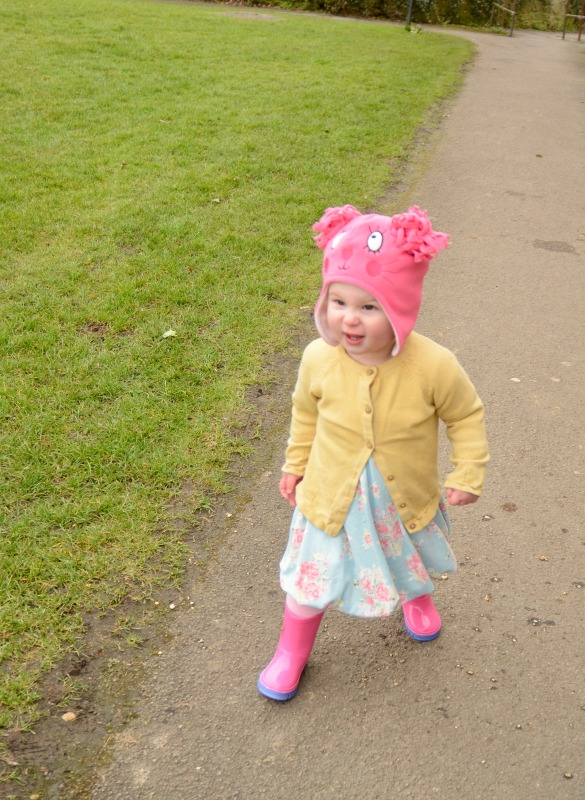 She is fully walking now and pretty much running! We got her proper supportive shoes for her birthday and she wants shoes on all the time, she just stomps up and down the living room in them. She loves to be out & about exploring and running around, shopping is out of the question now as she hates being restrained in the pushchair but even with reins on it's hard as she pulls everything off the shelves while I'm looking at things! I can't wait for the Summer when it's warmer and we can run around the park and farms.. She's going to have so much fun! 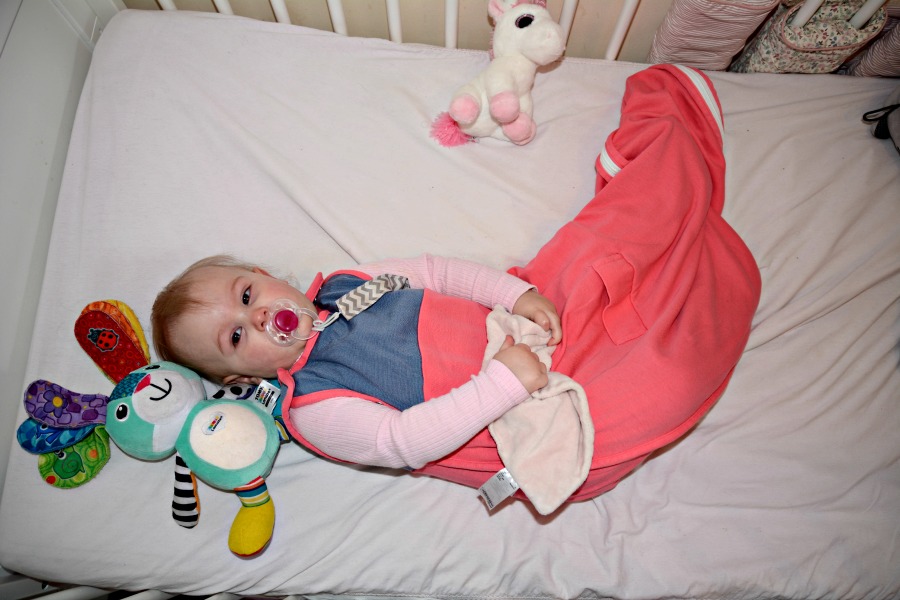 Sleep is so much better too, she goes down at night and her naps so easily now and I think it's due to a sleeping bag. For some reason it signals bed time and she settles fine, if she isn't in a sleeping bag, she just keeps standing up at the side of the cot crying and won't settle at all! It's crazy! 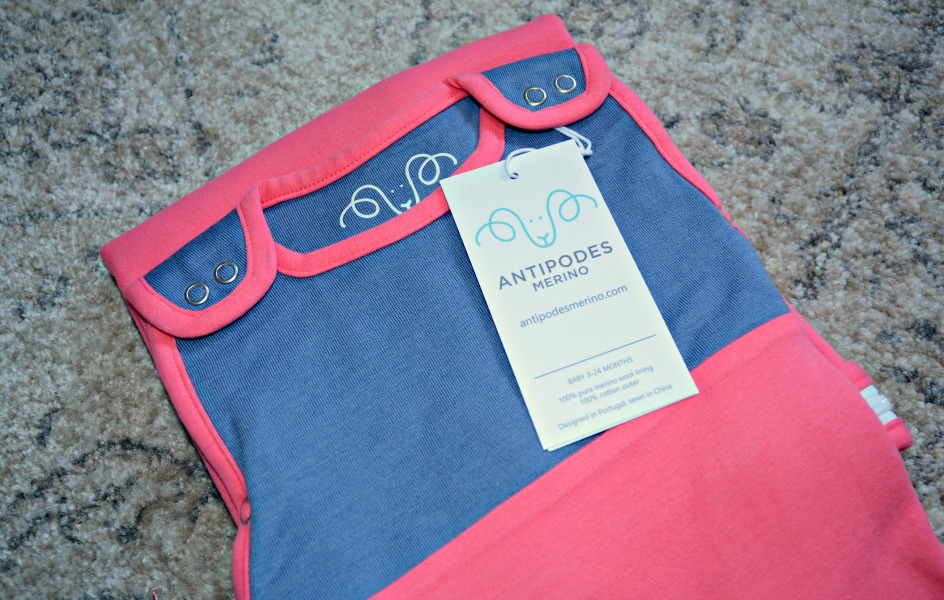 We've been using the Antipodes Merino sleeping bag and it is amazing. This sleeping bag is made from 100% Merino wool lining and an organic cotton outer. Merino wool is one of nature's best thermo-regulating fibres and unlike synthetic fleece or flannel, it is breathable and naturally antibacterial. It also helps regulate their body temperature so wether it's winter or Summer, you can guarantee the gift of a better night's sleep! It is itch free and has had no chemicals used in production either so is hypo-allergenic and kind on sensitive skin (including babies with eczema which is fab for us!). 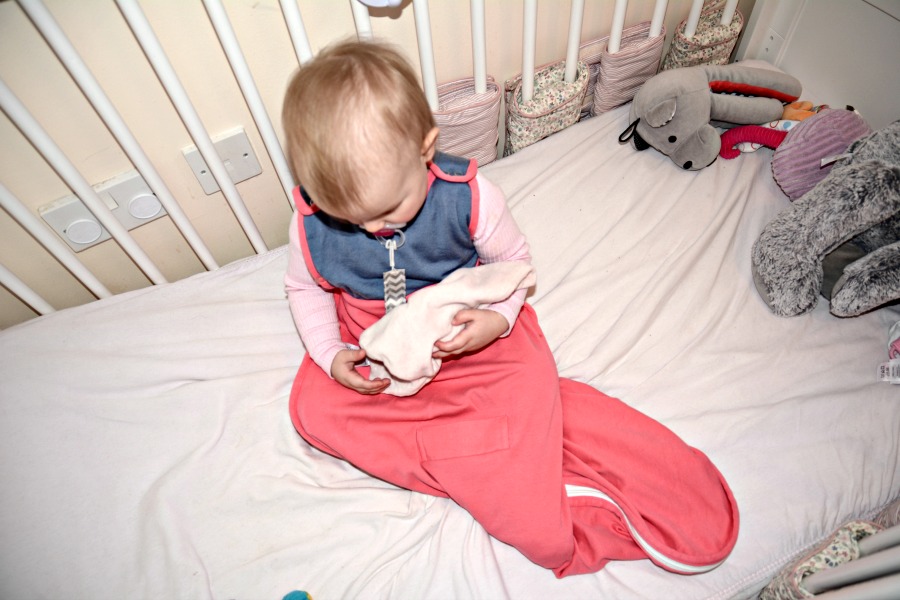 This sleeping bag has so many other amazing features, one is that it is so cleverly designed yet easy to use. There is a reverse zip to make midnight nappy changes easy, a seatbelt slot so you can use it in pushchairs and prams and it has also been manufactured with top rated YKK zippers (snag free) and reinforced stitching. It also has a generous 90cm length, adjustable shoulder and underarm snaps on both sides, and a unique DOUBLE LAYER of merino on the chest. 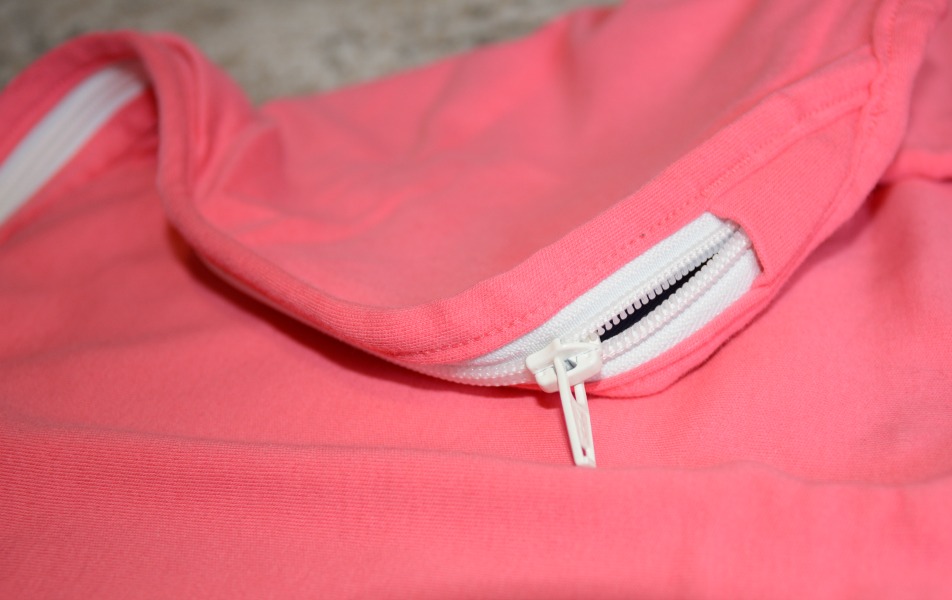 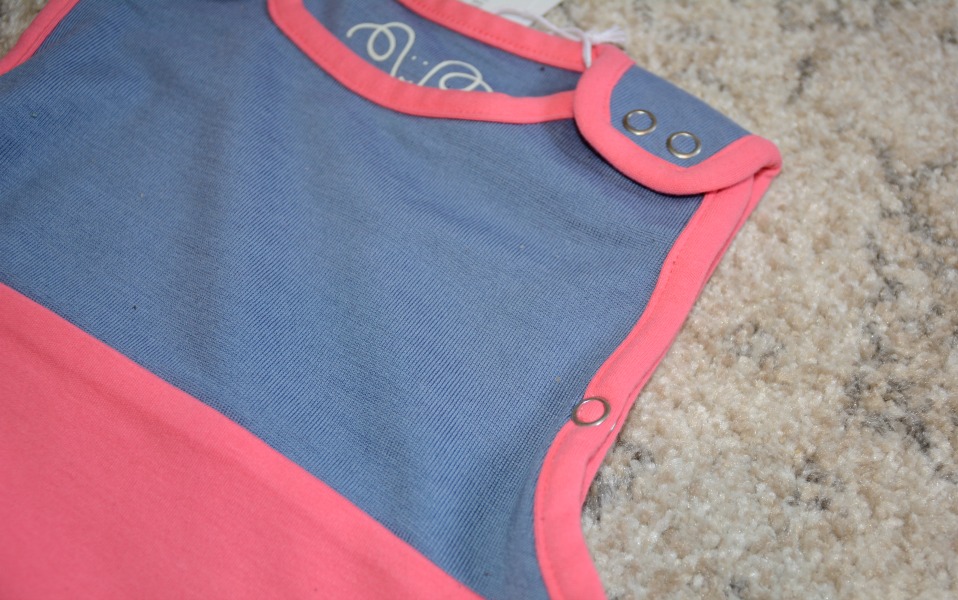 What I really love about this particular sleeping bag is that you can use it from 0-2 years (they recommend waiting until your baby weighs 11lb / 5kg. This bag is designed to fit from 3 – 24 months and in fact, even a little more! It will seem really big at first, the excess length is not a safety issue – you can even tuck it under the baby’s feet if you wish) and in all seasons as I previously mentioned, so you don't have to keep buying new sleeping bags when it gets warmer or your baby grows which is so much more cost effective in the long run.

We've been so impressed with this sleeping bag and I love how it's the only one you'll ever need and has everything you'd look for in a baby/toddler sleeping bag.

I think that's all for Aria's one year update, I'm going to do a separate post on her relationship with Sienna so look out for that coming up :)