I wasn't planning on doing a separate review of the hotel we stayed at in Gran Canaria but I have had so many questions about it I thought it warranted it. I haven't got many photos of the rooms but you can get a feel of the place in my vlogs on our family channel if you fancy seeing.

The hotel we stayed at was the Dunas Mirador Maspalomas in Gran Canaria and it was in a lovely location. A 20 minute transfer from the airport and a 5 minute shuttle or 15 minute walk from the beach, there was a few shops and pharmacy just down the street but it wasn't right in the centre. Puerto Rico was just a 20-30 minute taxi ride away (depending on traffic).

It is a 3 star hotel so it was quite basic with beds for all of us, a desk, TV, built in wardrobes, small balcony and bathroom. It did have everything we needed (including fridge) but was a little run down, especially the bathroom (think worn bottom of the bath and leaky taps) but it was clean. I also want to point out that it doesn't offer any air conditioning.. it did have a ceiling fan which worked for us in March/April but you would want/need air conditioning in the peak season. You can apparently rent extra fans or an air con systems subject to availability if needed. 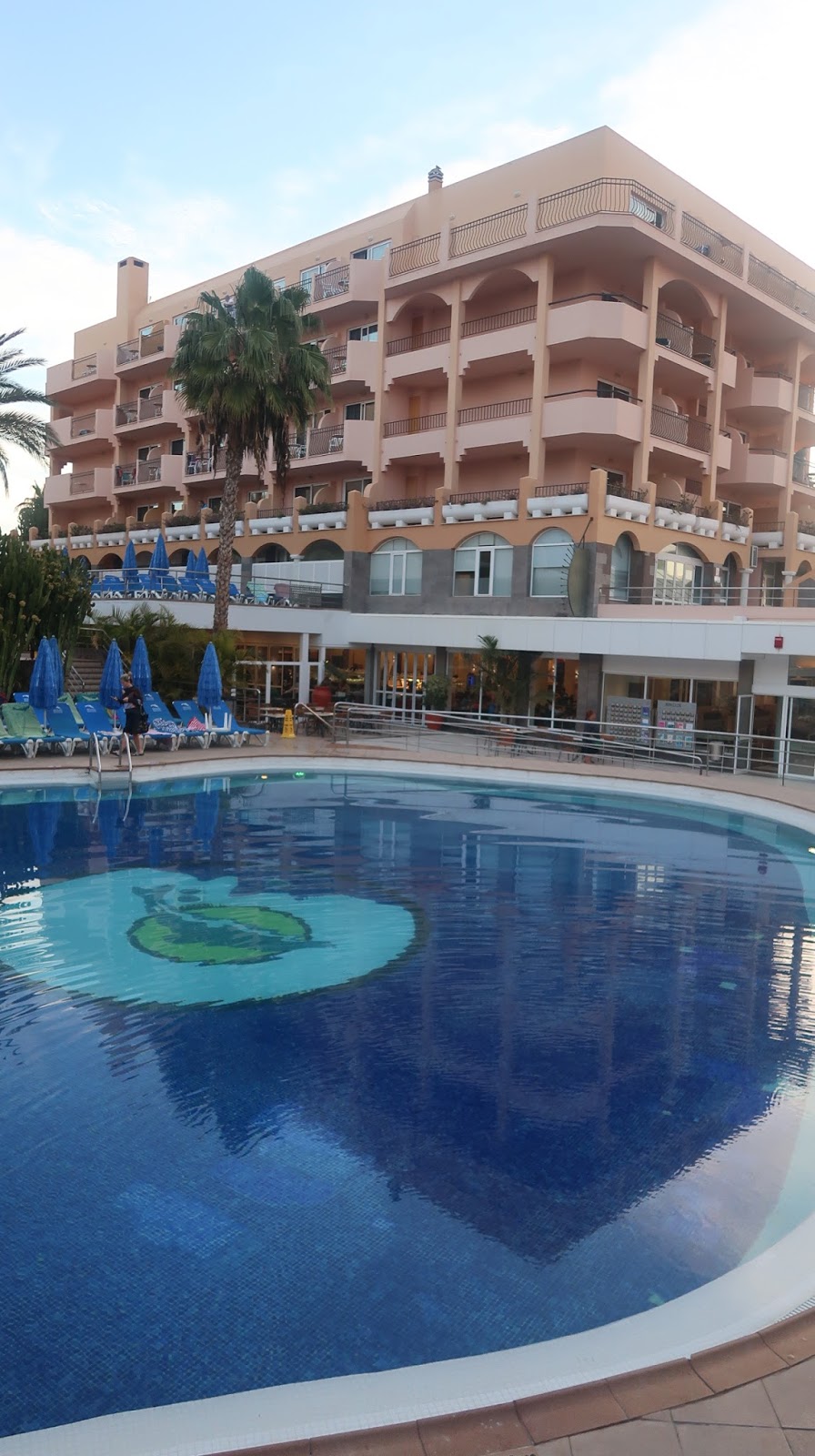 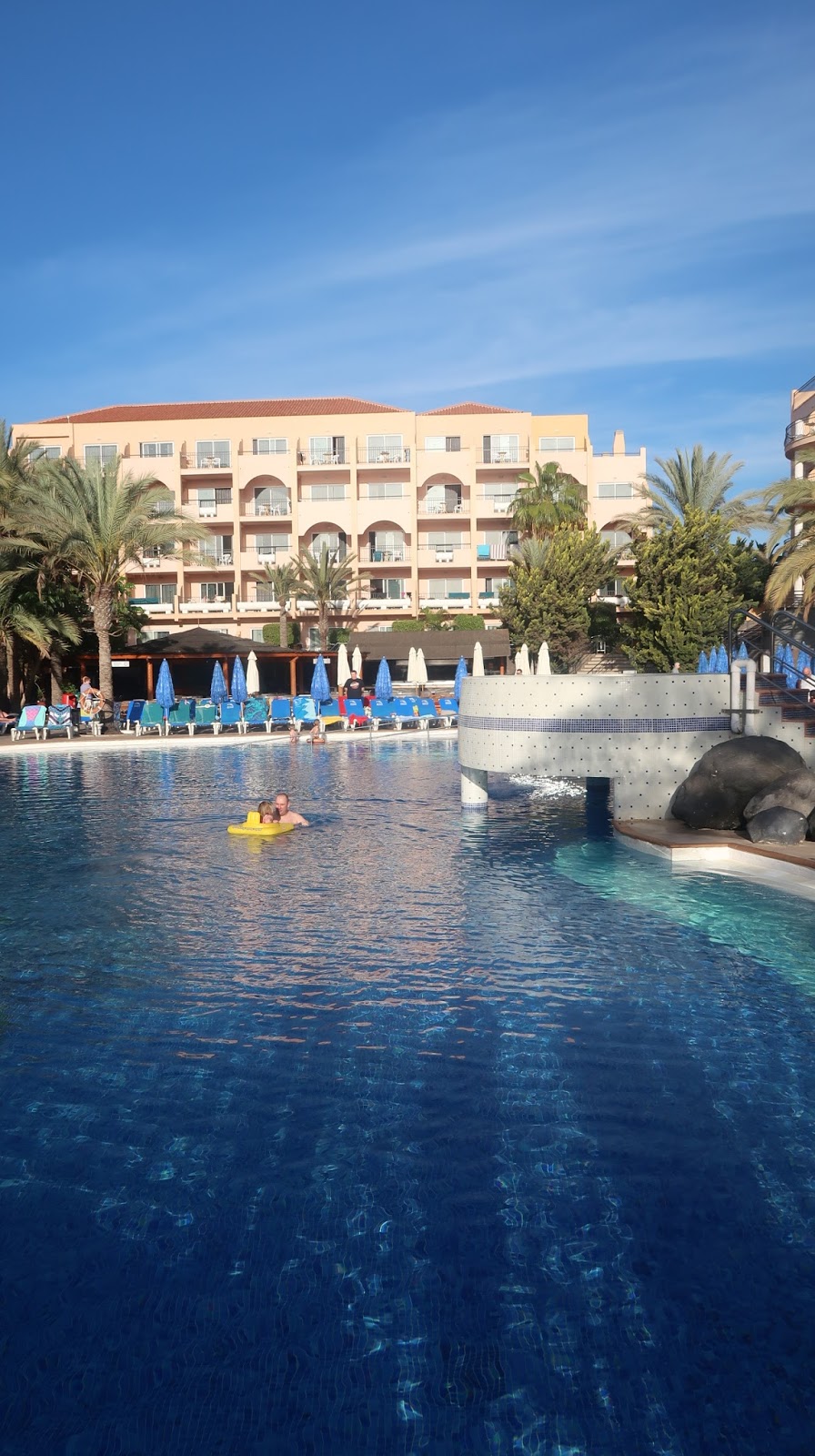 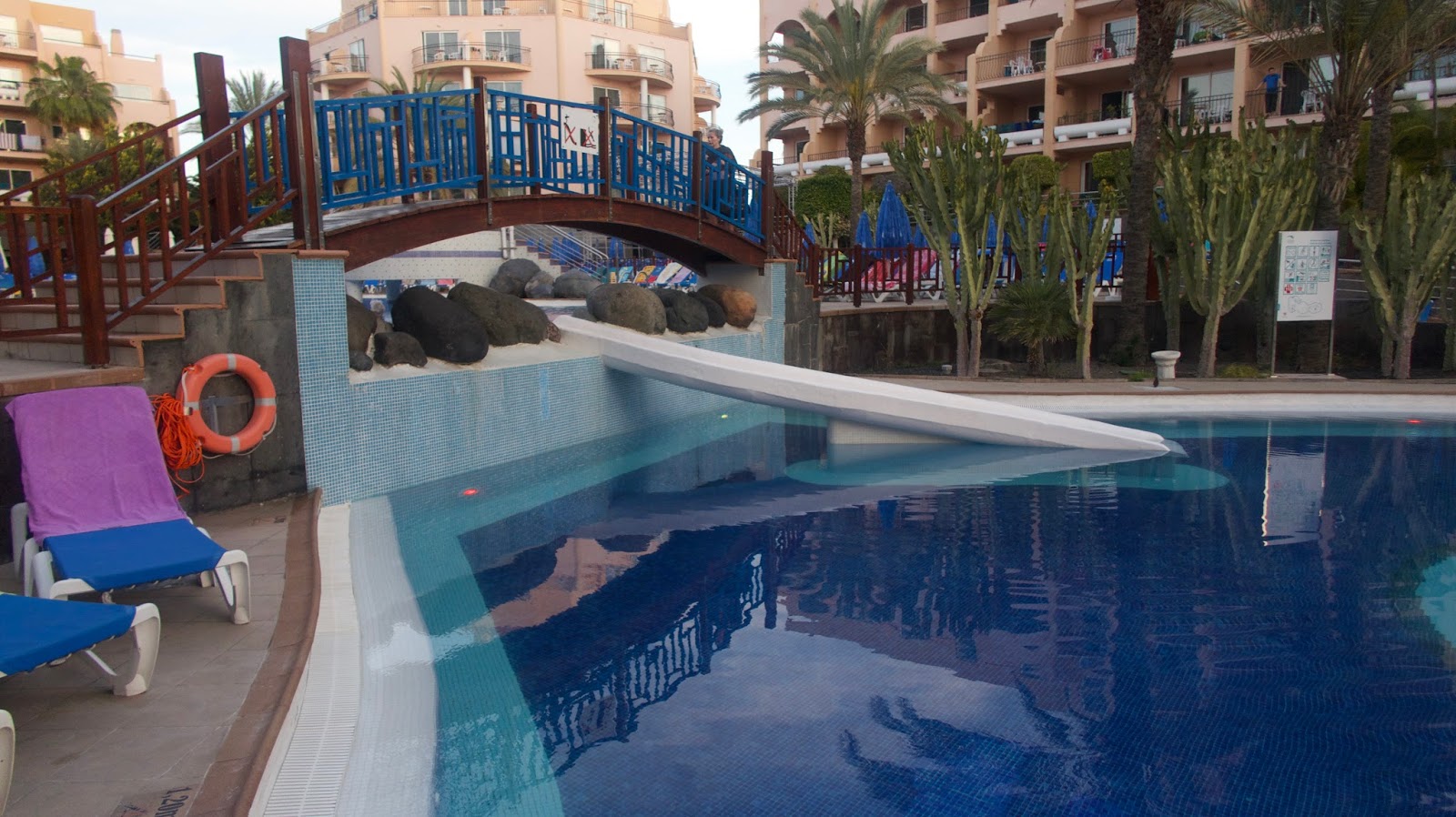 
The rest of the hotel was great though, the pools were amazing and it never felt too crowded either which I really liked. The main pool is made up of two pools, with a bridge over the top and a slide to get from one to the other (if you choose) which we all loved. Another bonus, is that the smaller pool you slide into was heated which made our 9am morning swims much easier ;) 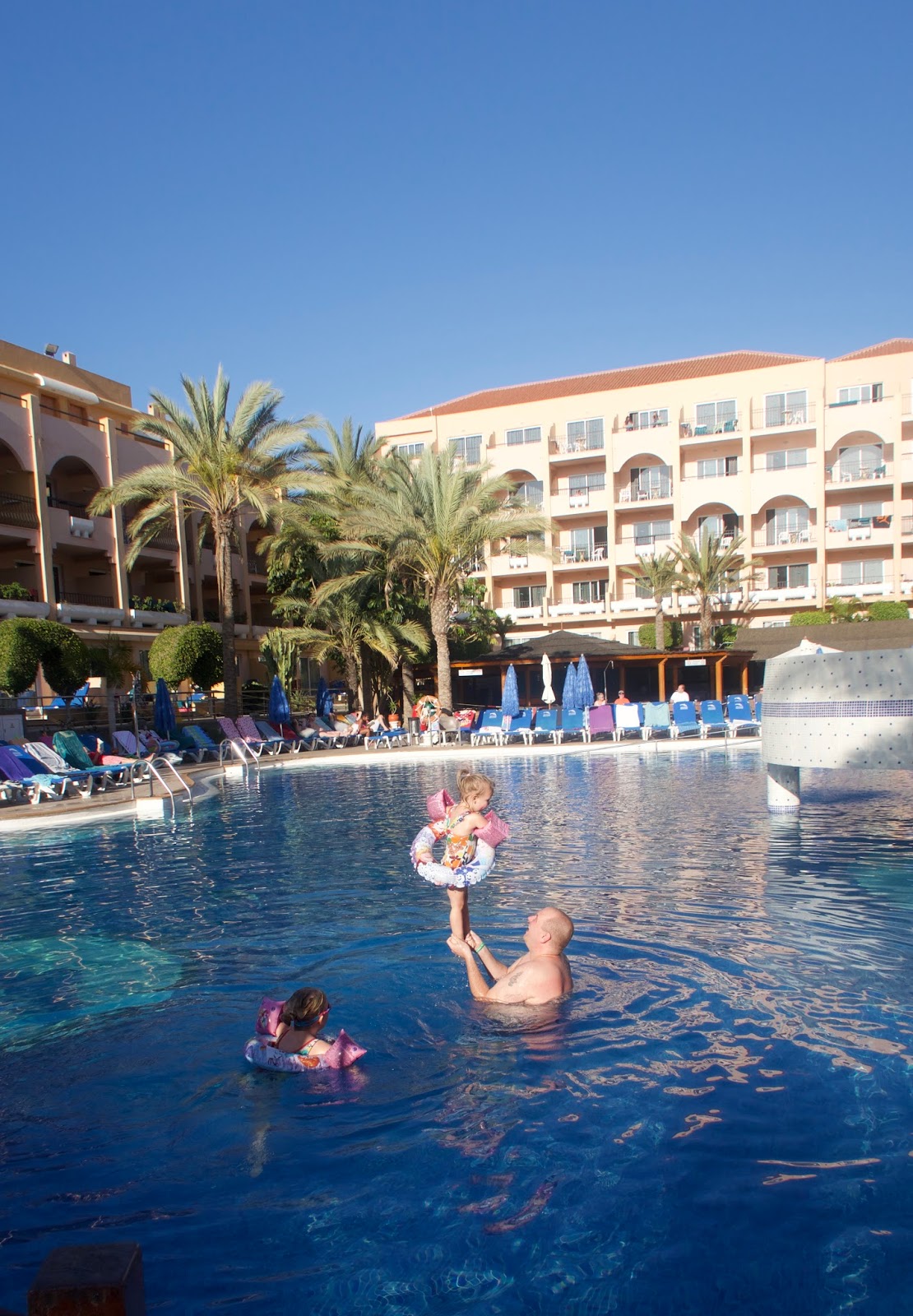 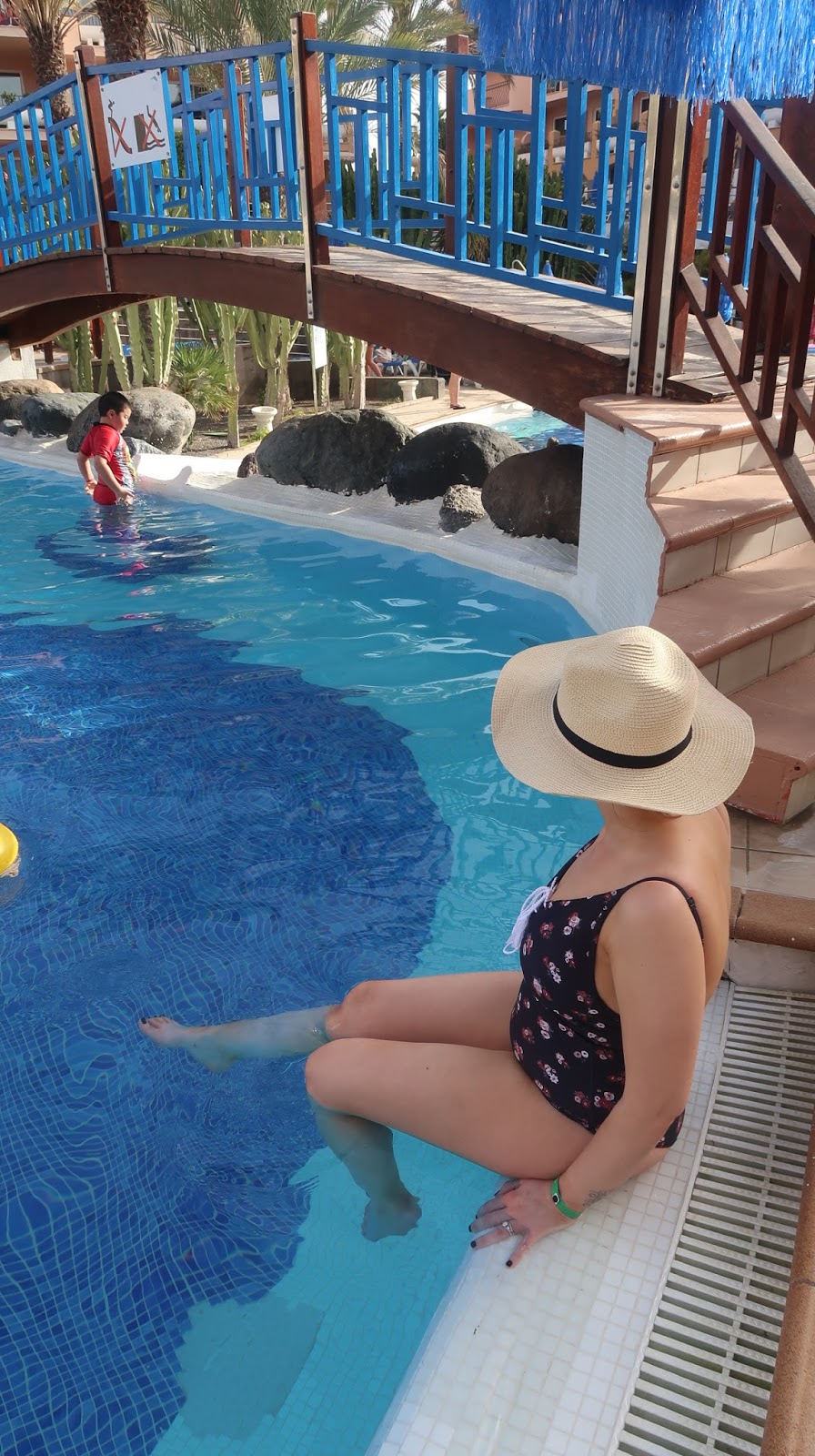 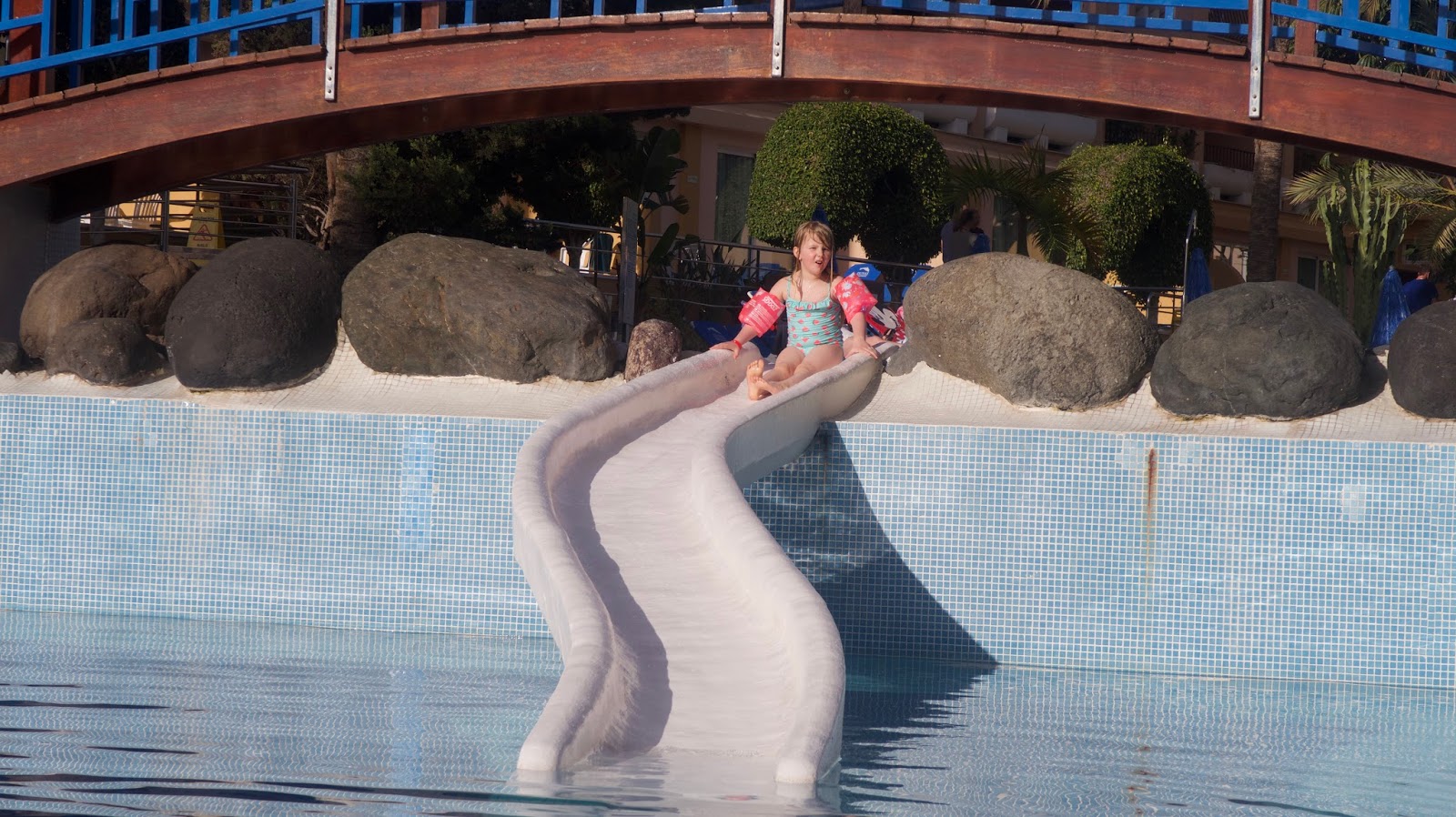 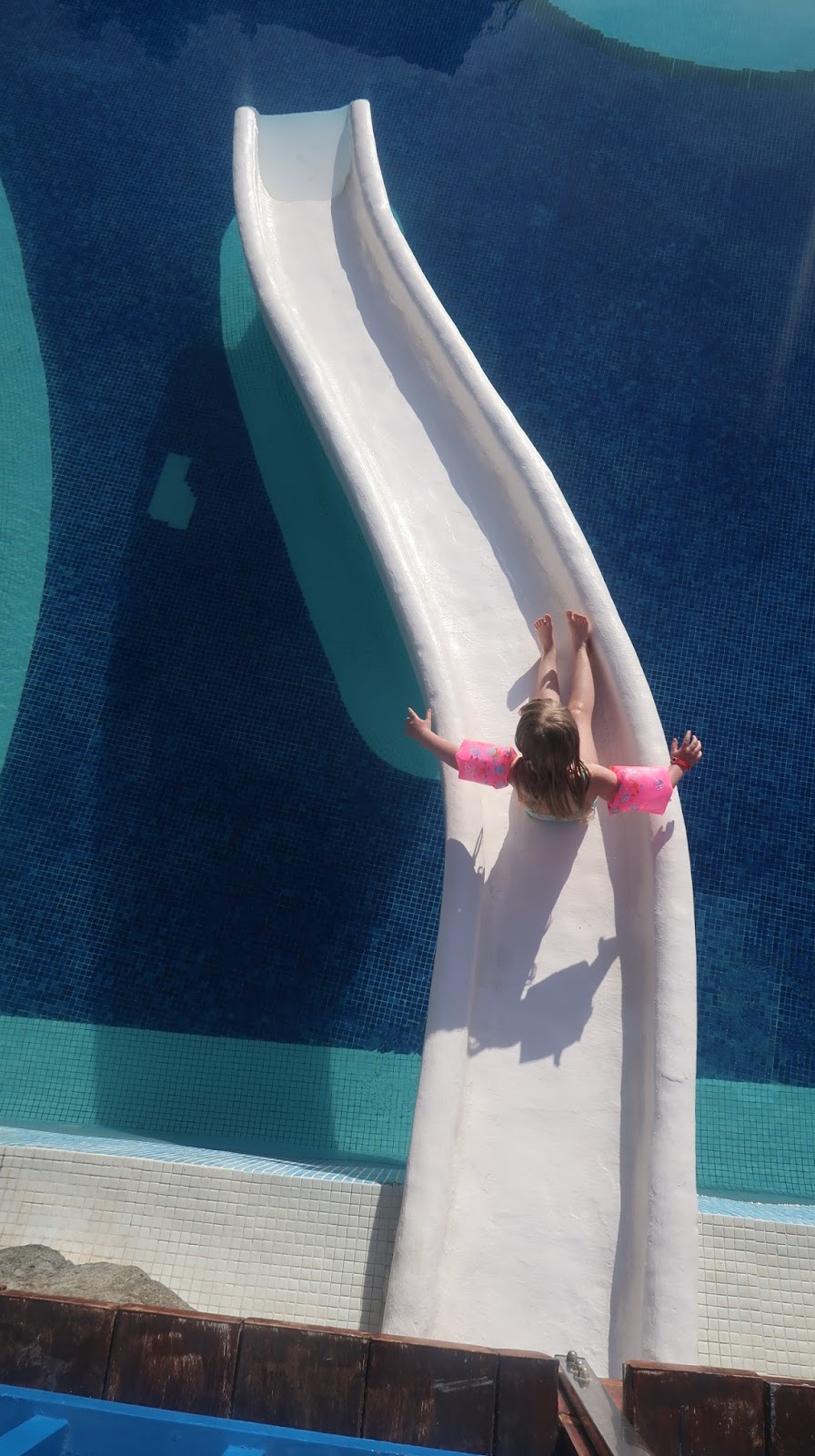 There's also a lovely, bubbly jacuzzi in the main pool. We didn't get more than 10 minutes each in it but those 10 minutes were a lovely break from the kids as it's strictly for over 16s! 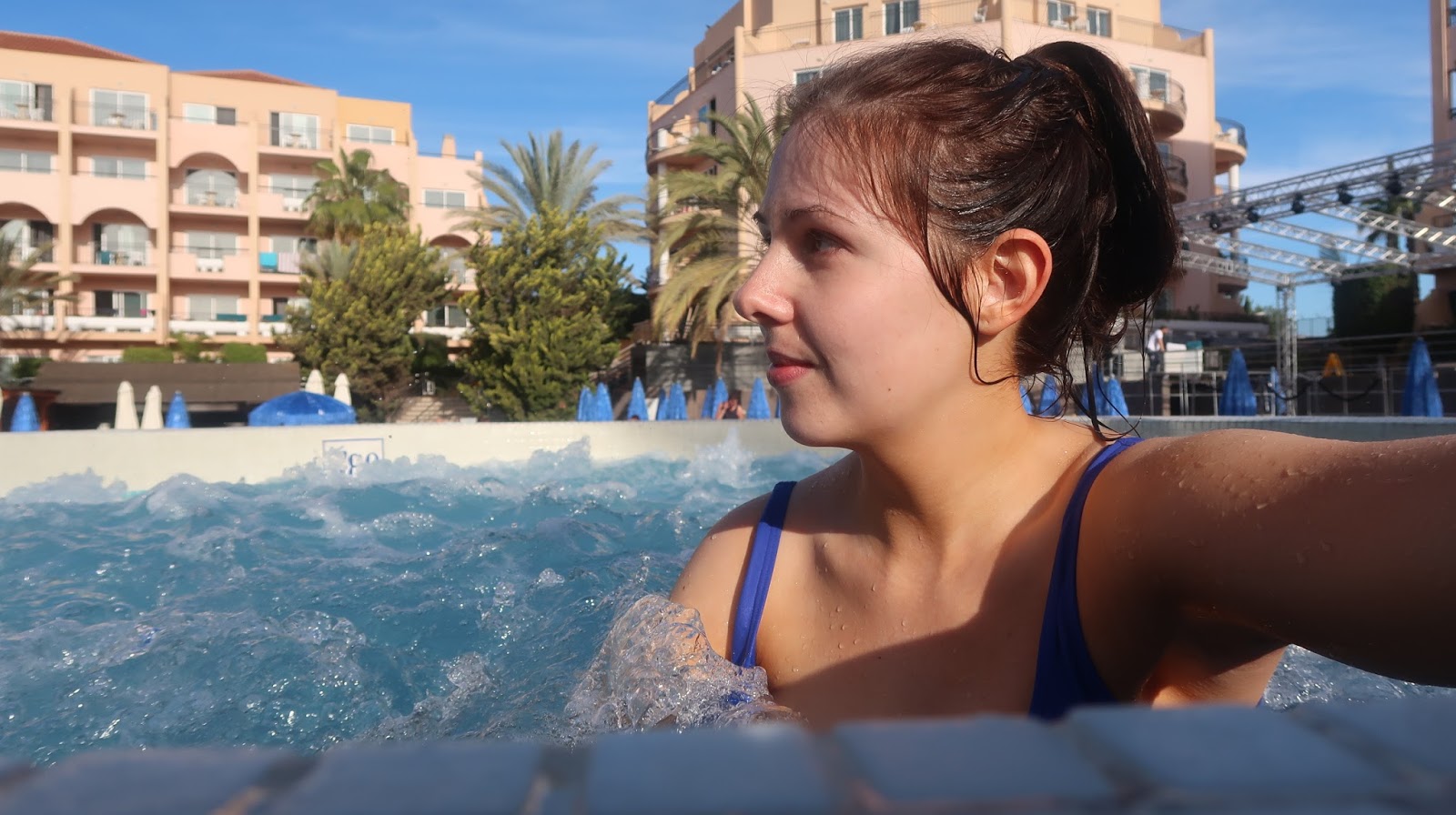 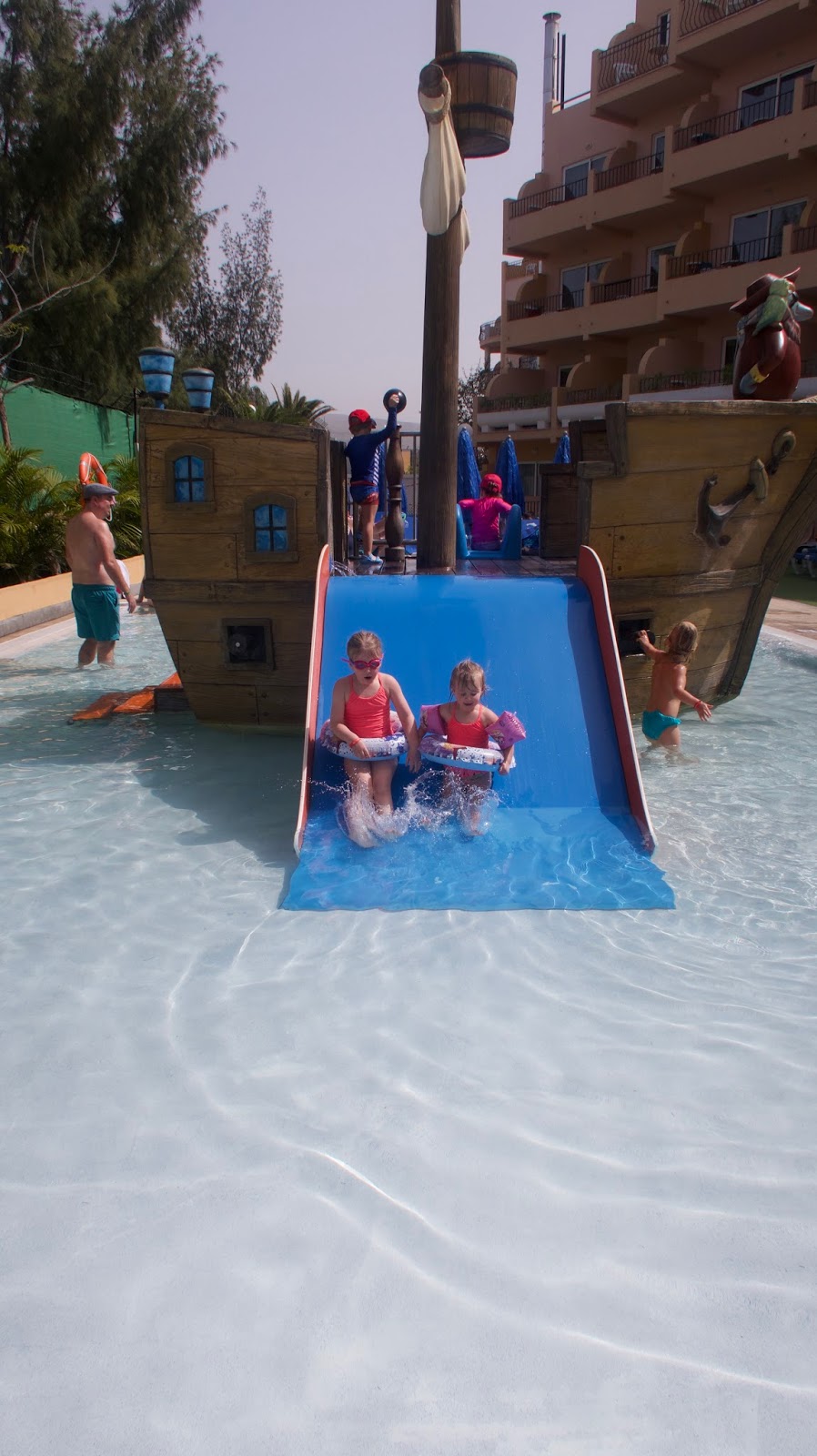 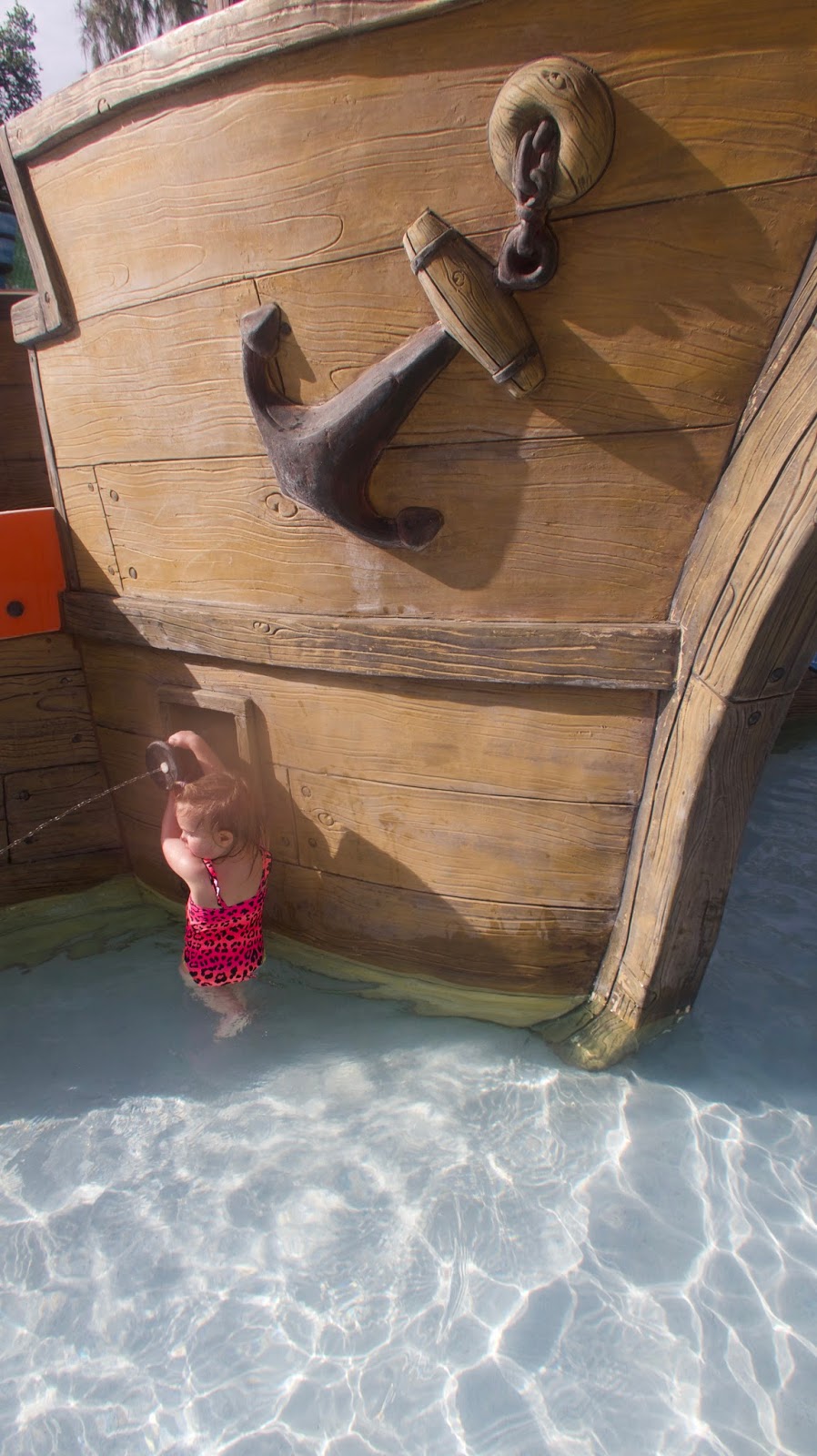 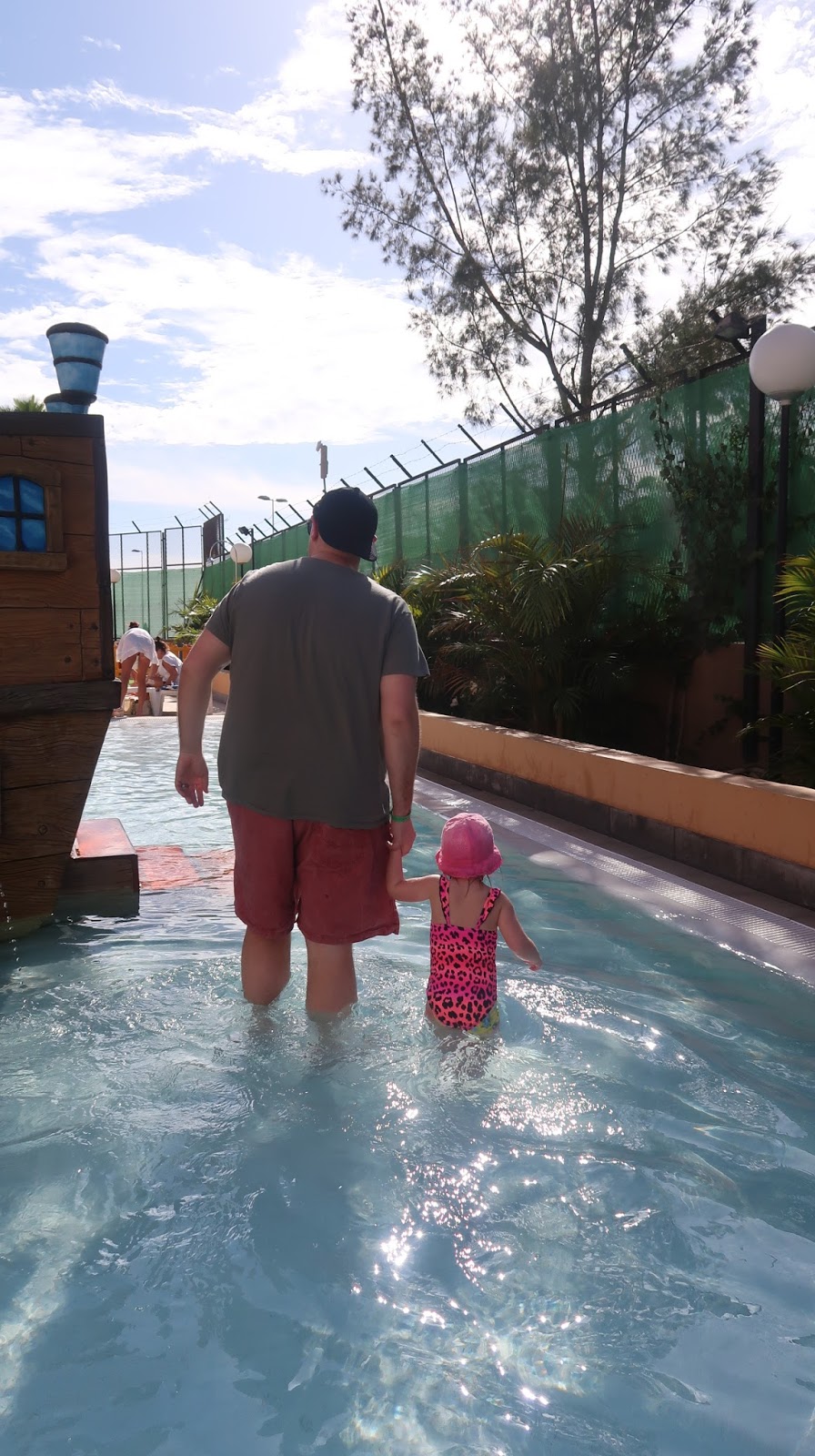 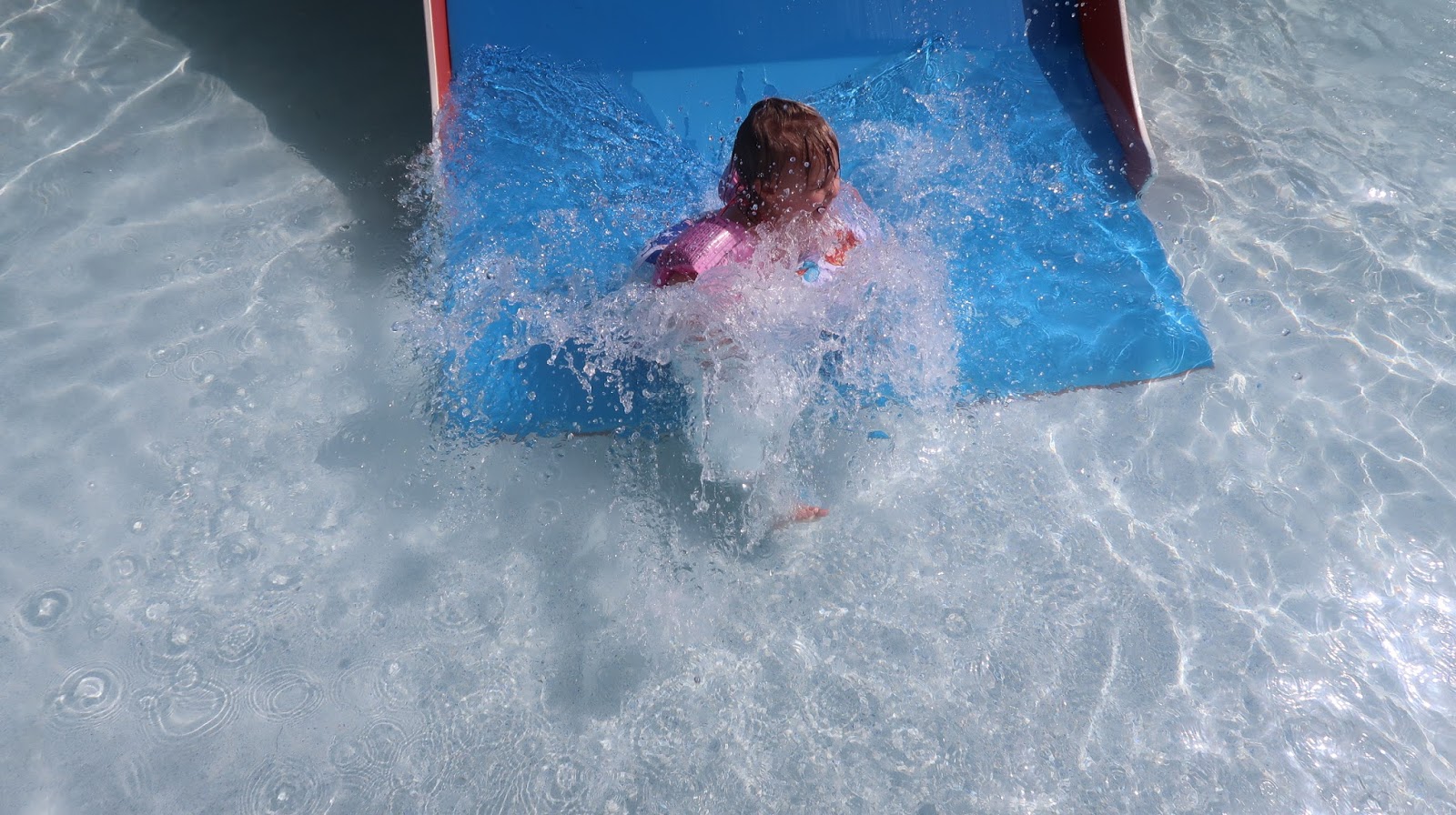 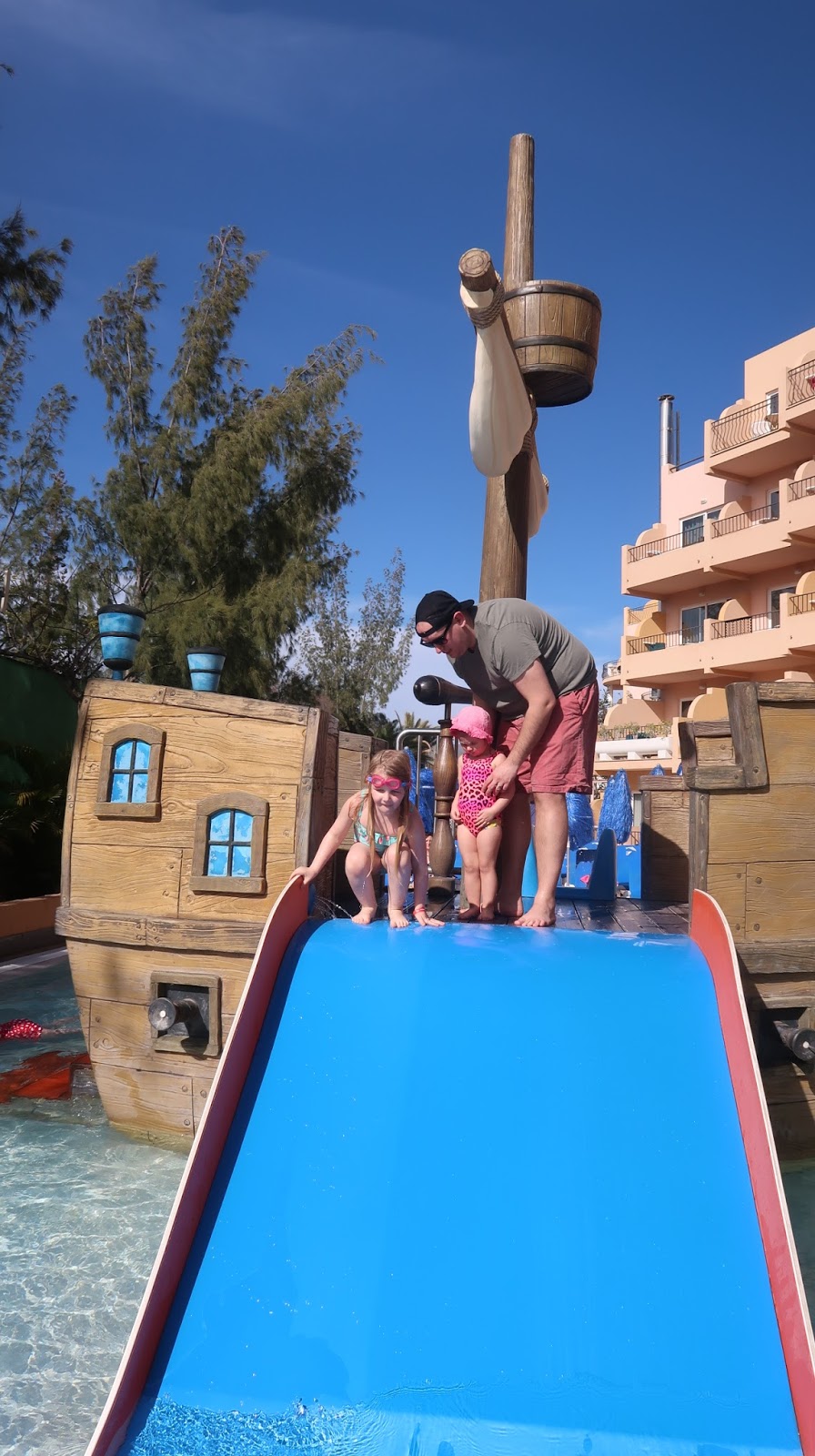 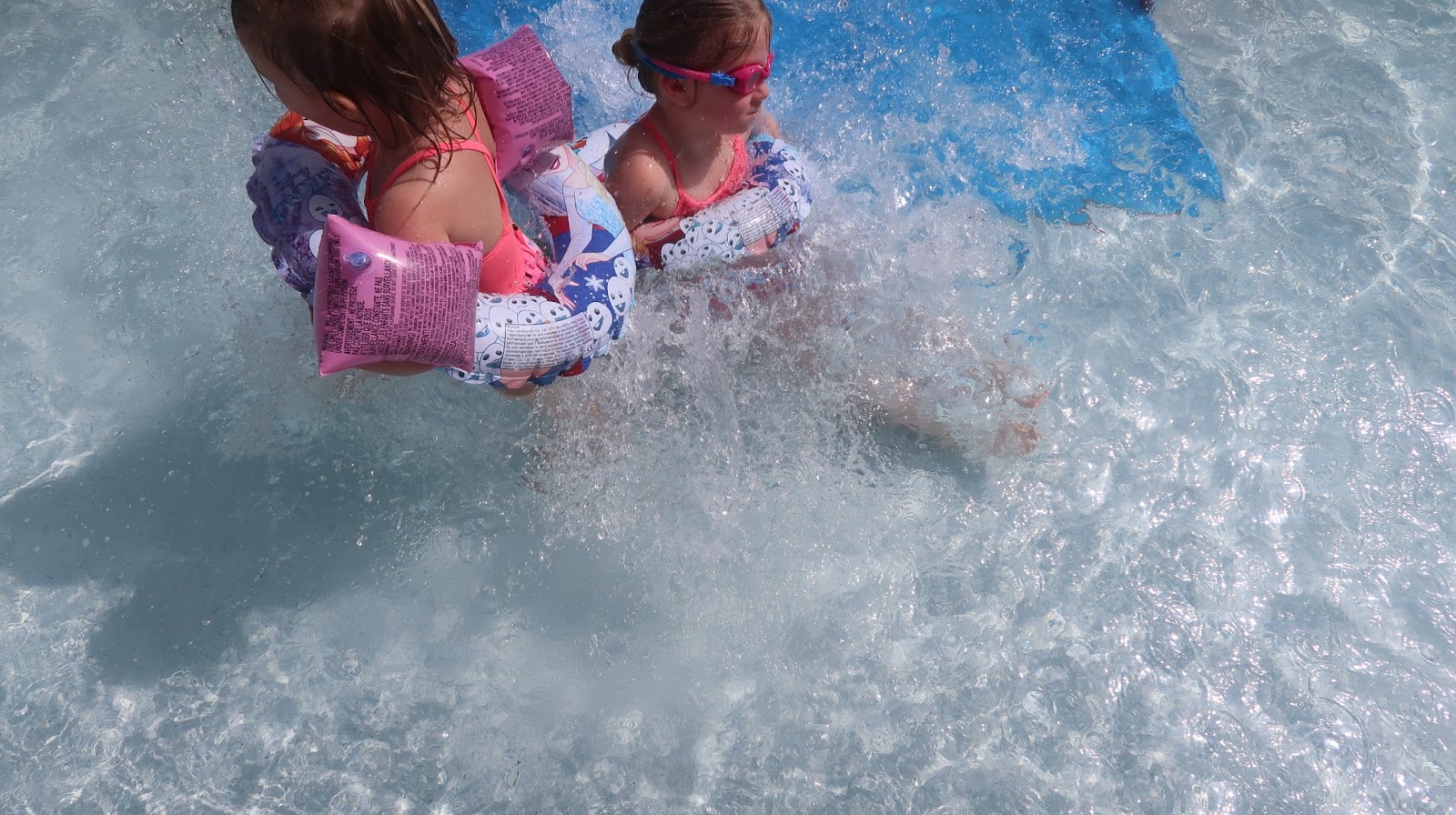 
I think the food impressed us the most out of everything. We went all inclusive in Portugal for our honeymoon in 2016 and while the choice here was smaller, the food was much better quality and we all really enjoyed it. Some of the food highlights were the breakfasts (it was all so good!), steak, garlic potatoes and broccoli and the butter chicken and chips! There was always some kind of cake and ice cream for dessert too so you couldn't go wrong there! There was also always something to eat no matter how hungry you were, the all inclusive menu times were:

The pool bar was also open from 10:30am - 8pm and offered all the soft drinks including coffees and hot chocolates as well as your beers, wines and spirits. You could also get unlimited pots of vanilla, chocolate and strawberry ice cream (if you were all inclusive). 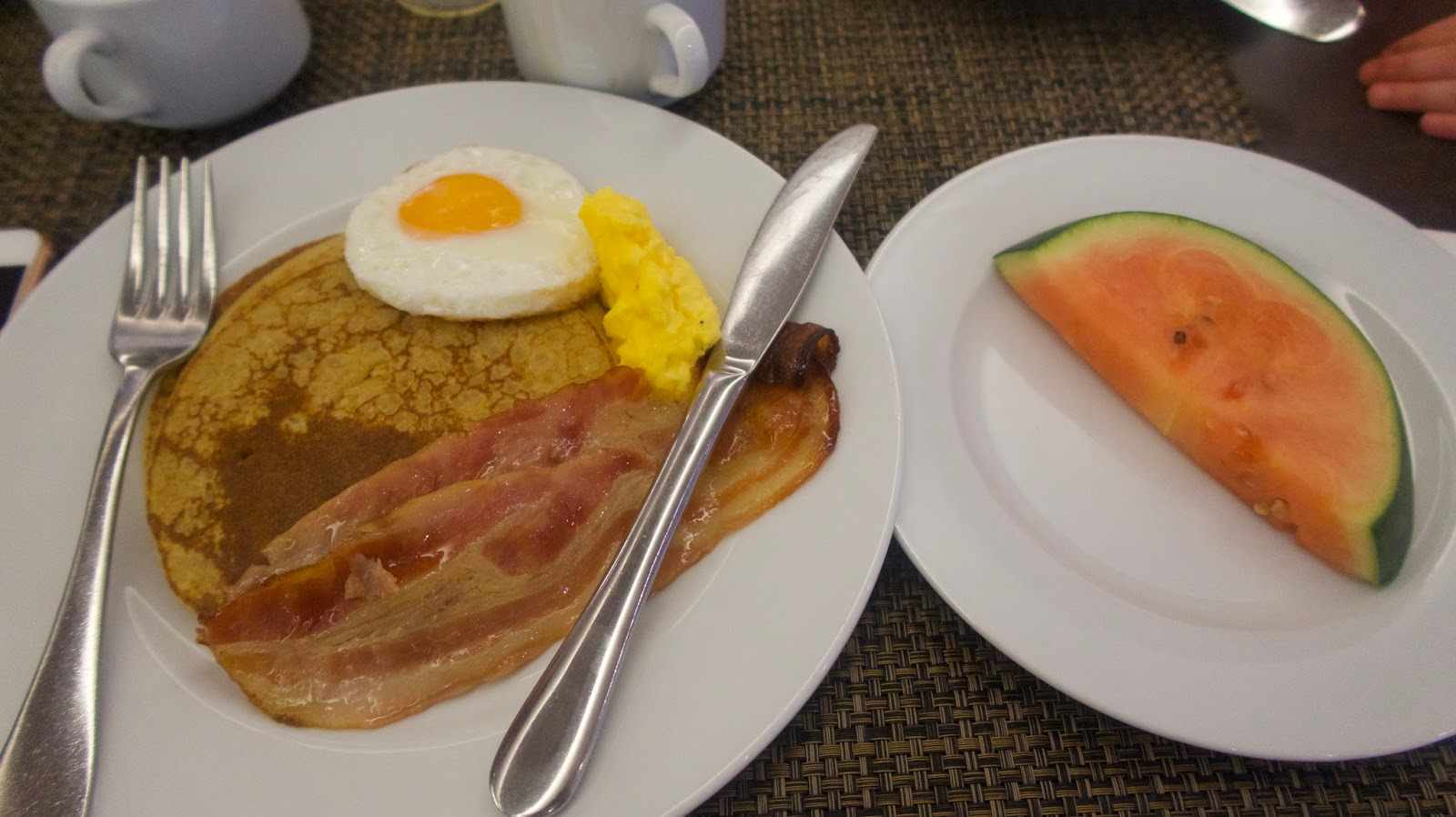 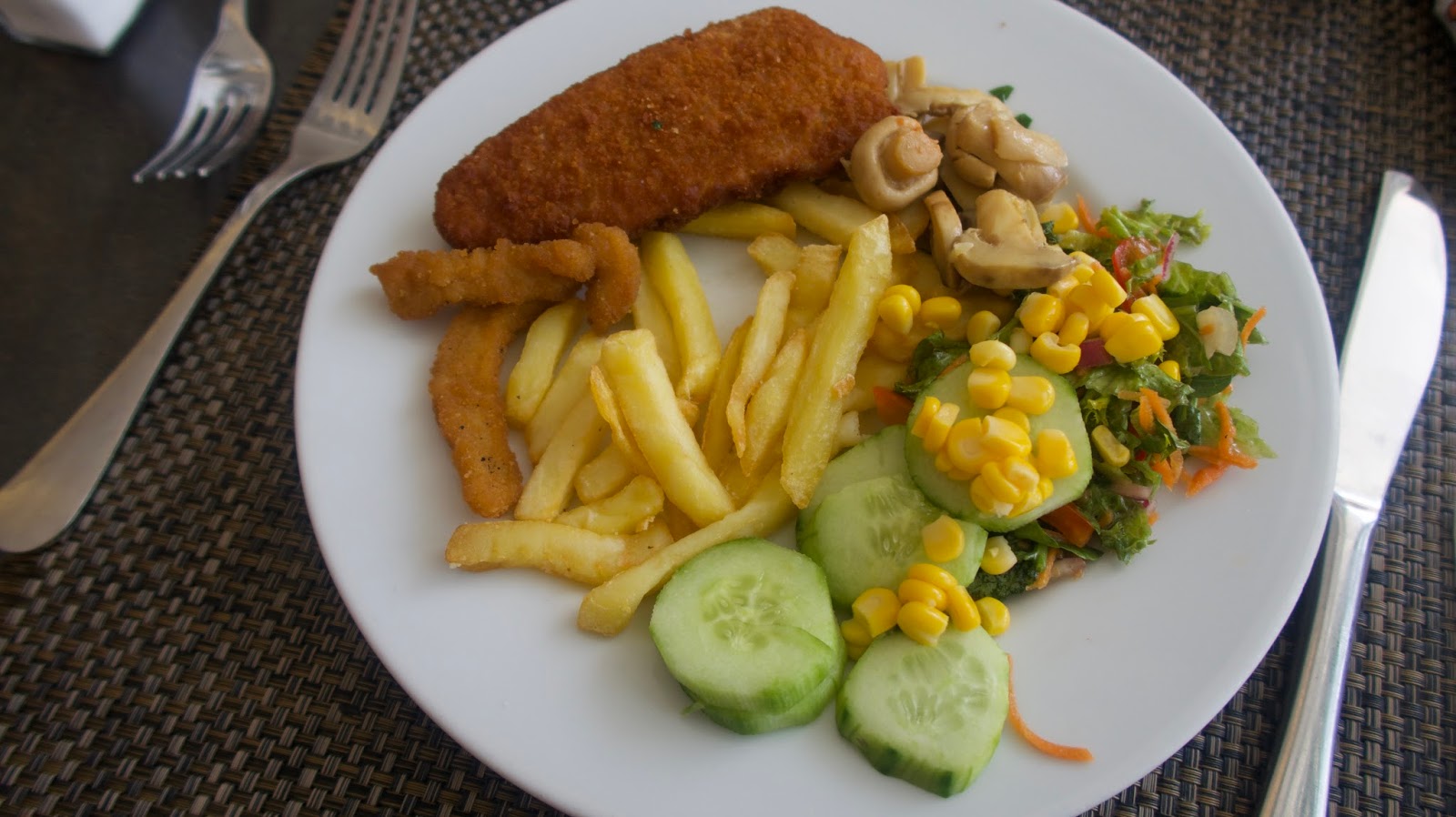 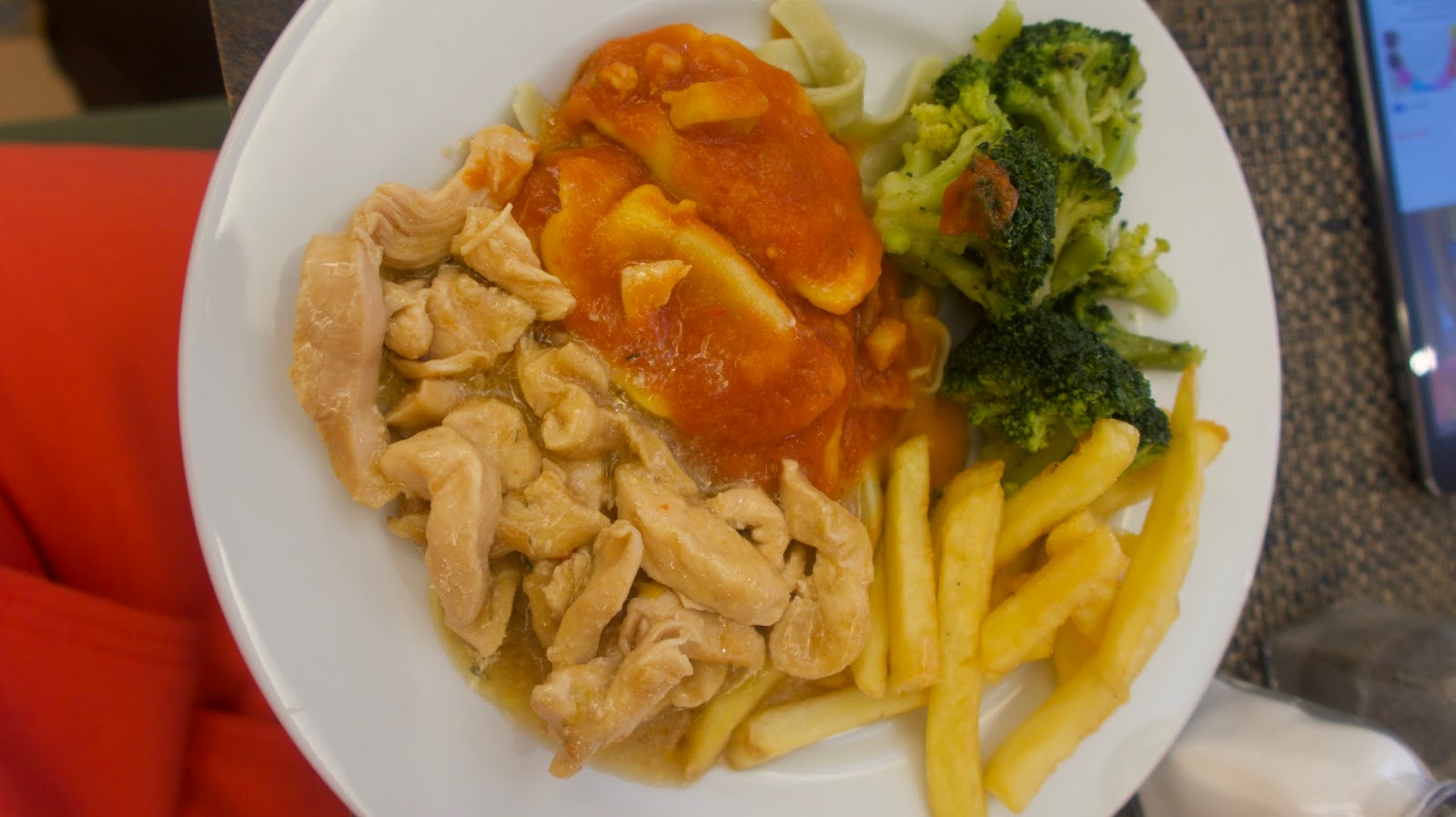 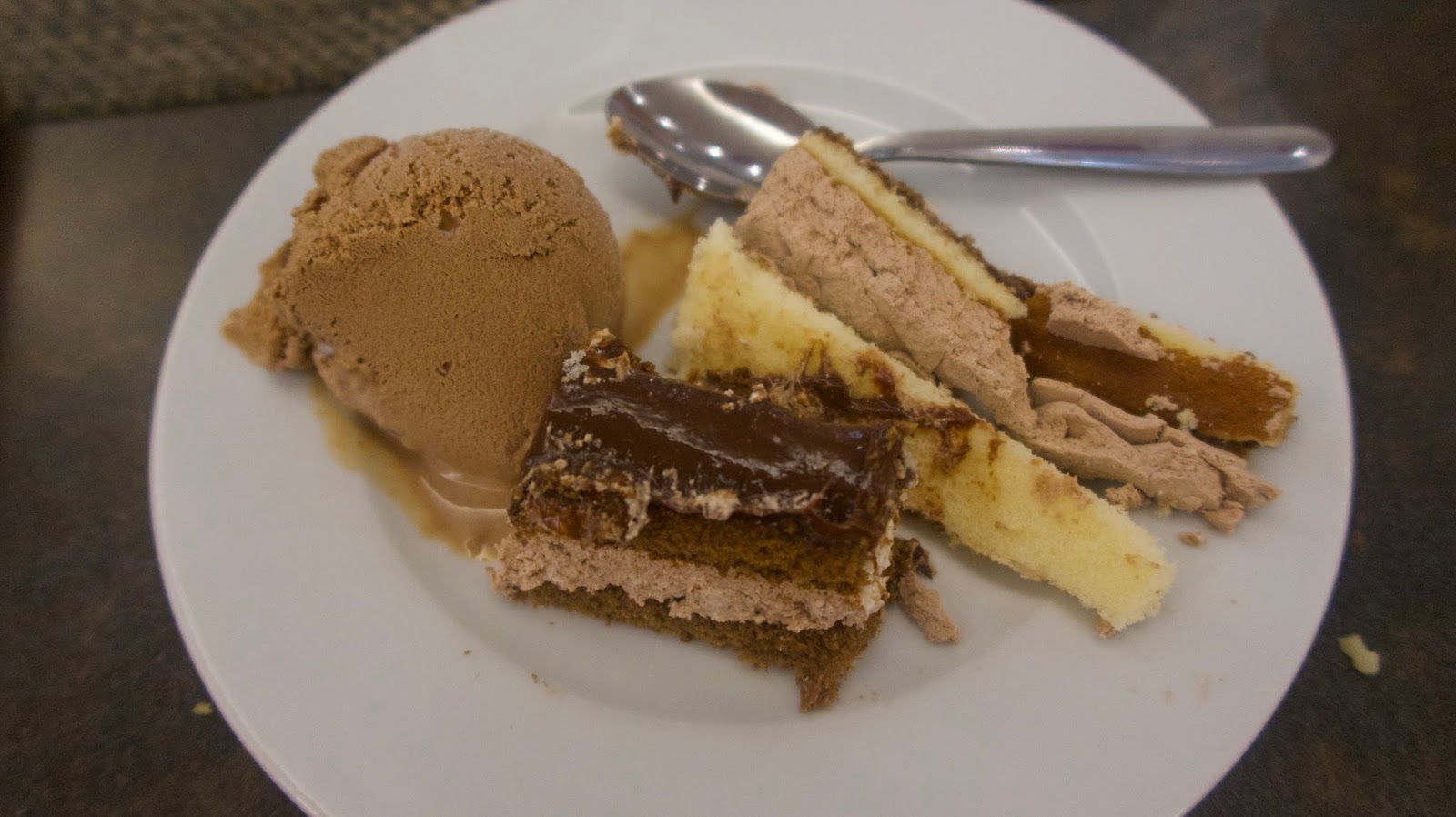 I know kids clubs are a rather controversial subject however, with Sienna being 5 years old, she was always intrigued as to what the other kids were doing in there (as you could see it from the kids pool) and wanted to make friends with everyone. We didn't leave her for very long either so I never felt bad letting her use it. Aria was allowed to join in but you are only allowed to leave over 4's in their care which is fair enough. We were really impressed with the club, everyone that managed the kids were so friendly and fun and the activities varied from watching movies to doing crafts or games. 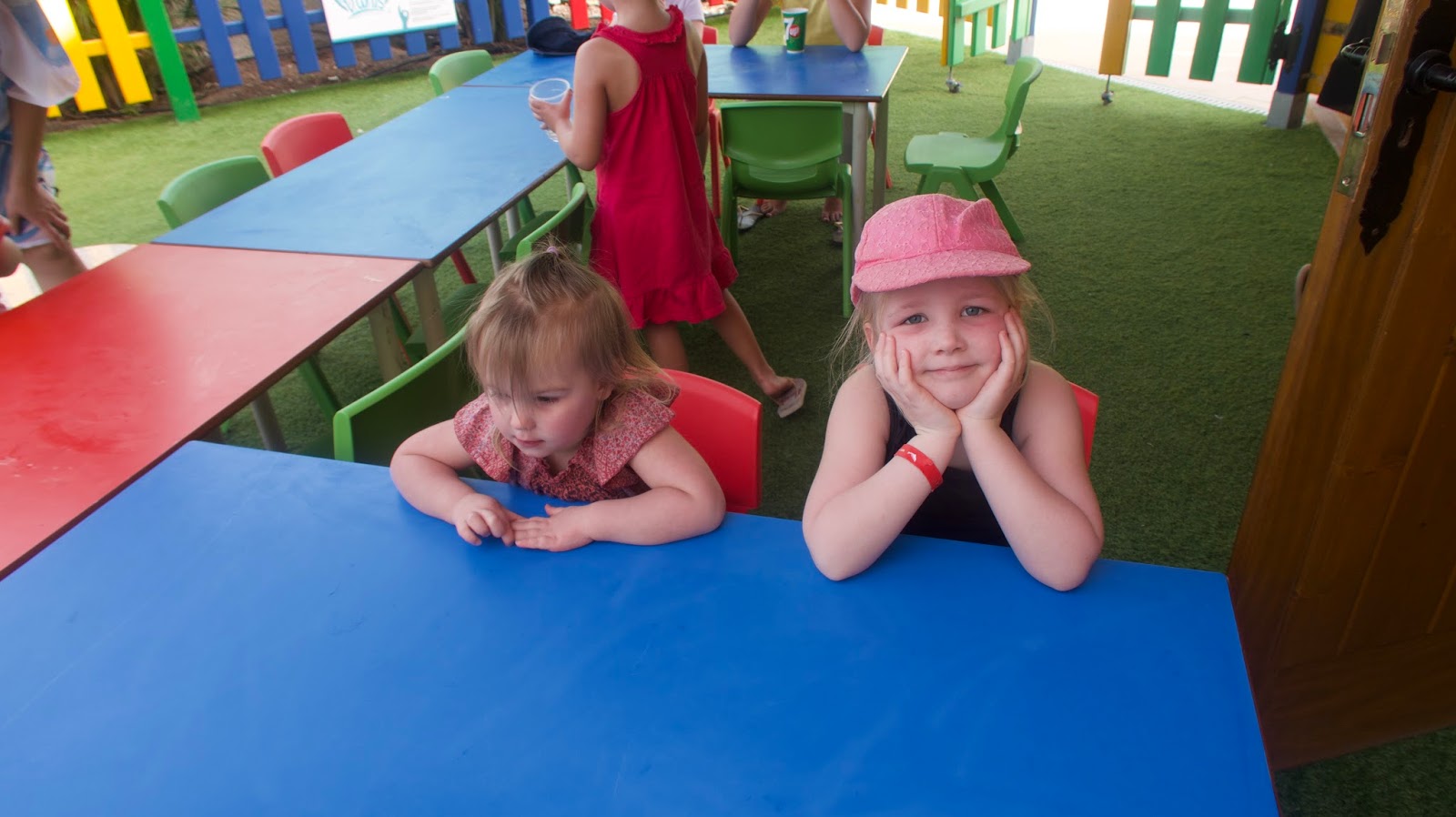 As we went during Easter week, most of the crafts were Easter themed, they even put on an Easter egg hunt for the kids and gave them little Easter baskets with chocolate lollies in on Easter Sunday. We never expected them to do as much 'Easter themed' activities but I'm glad they did as we usually do a lot of Easter crafts during this half term and I did feel slightly guilty they wouldn't get to do any as we were away so this helped ease the mum guilt! 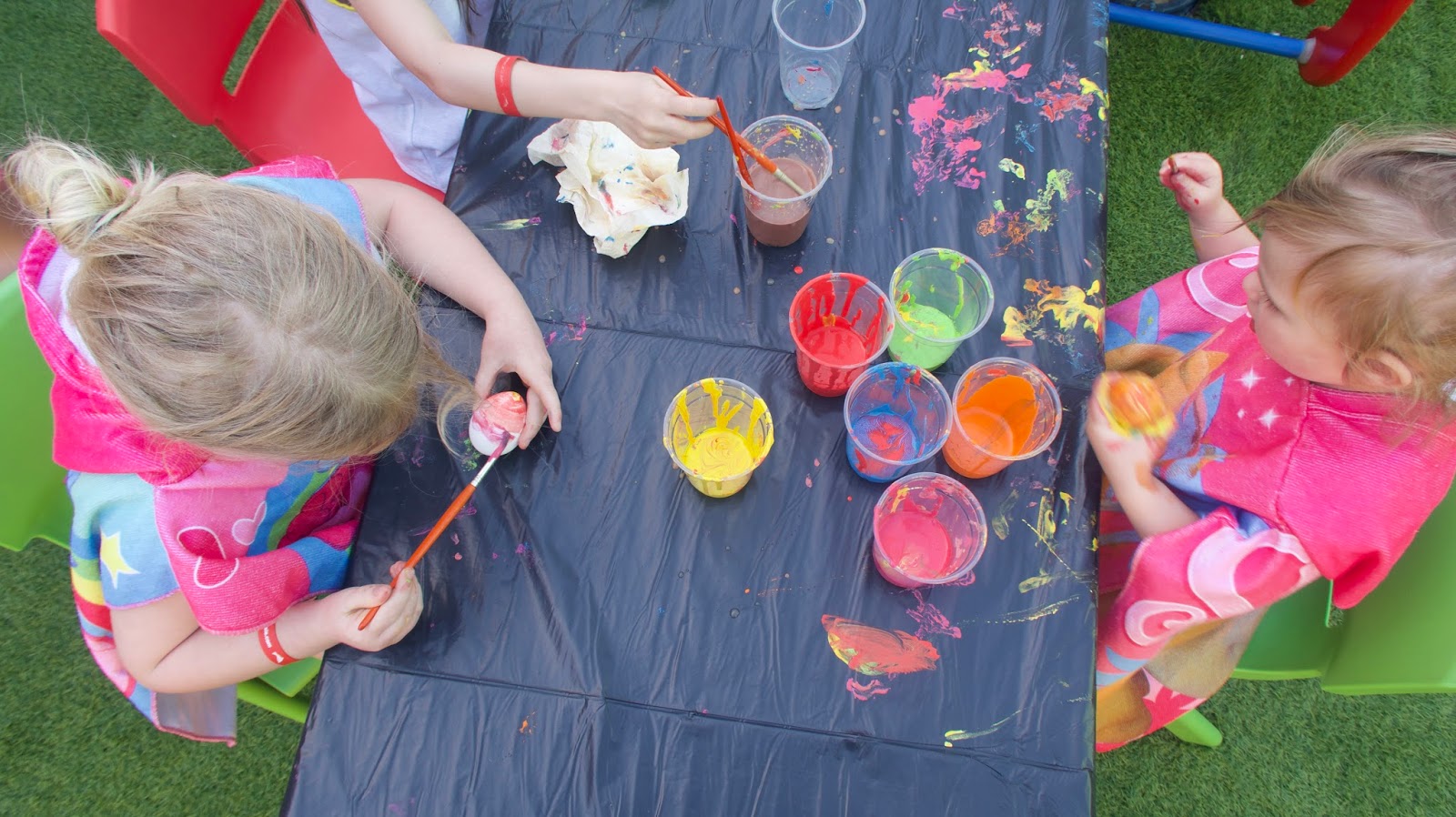 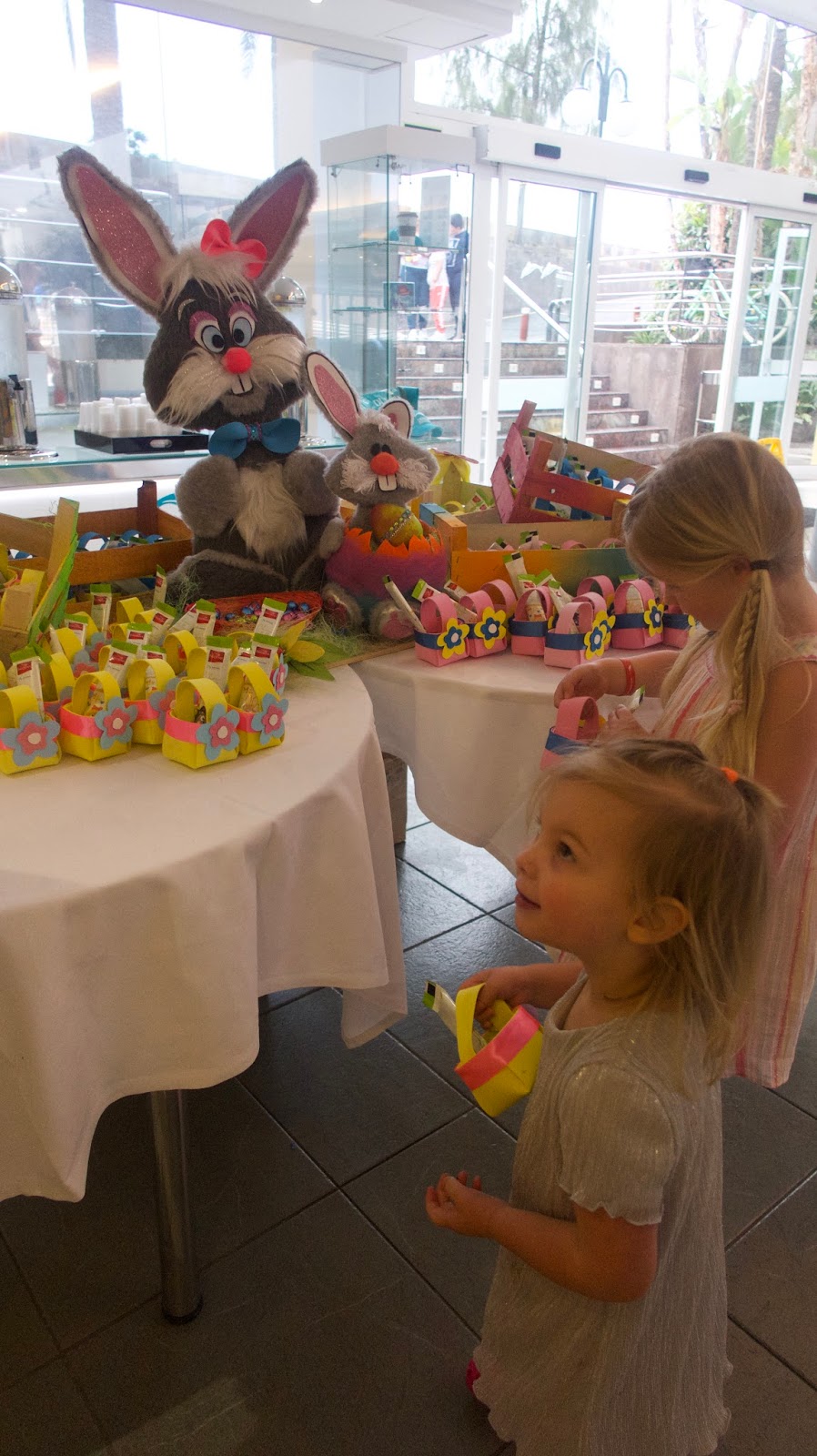 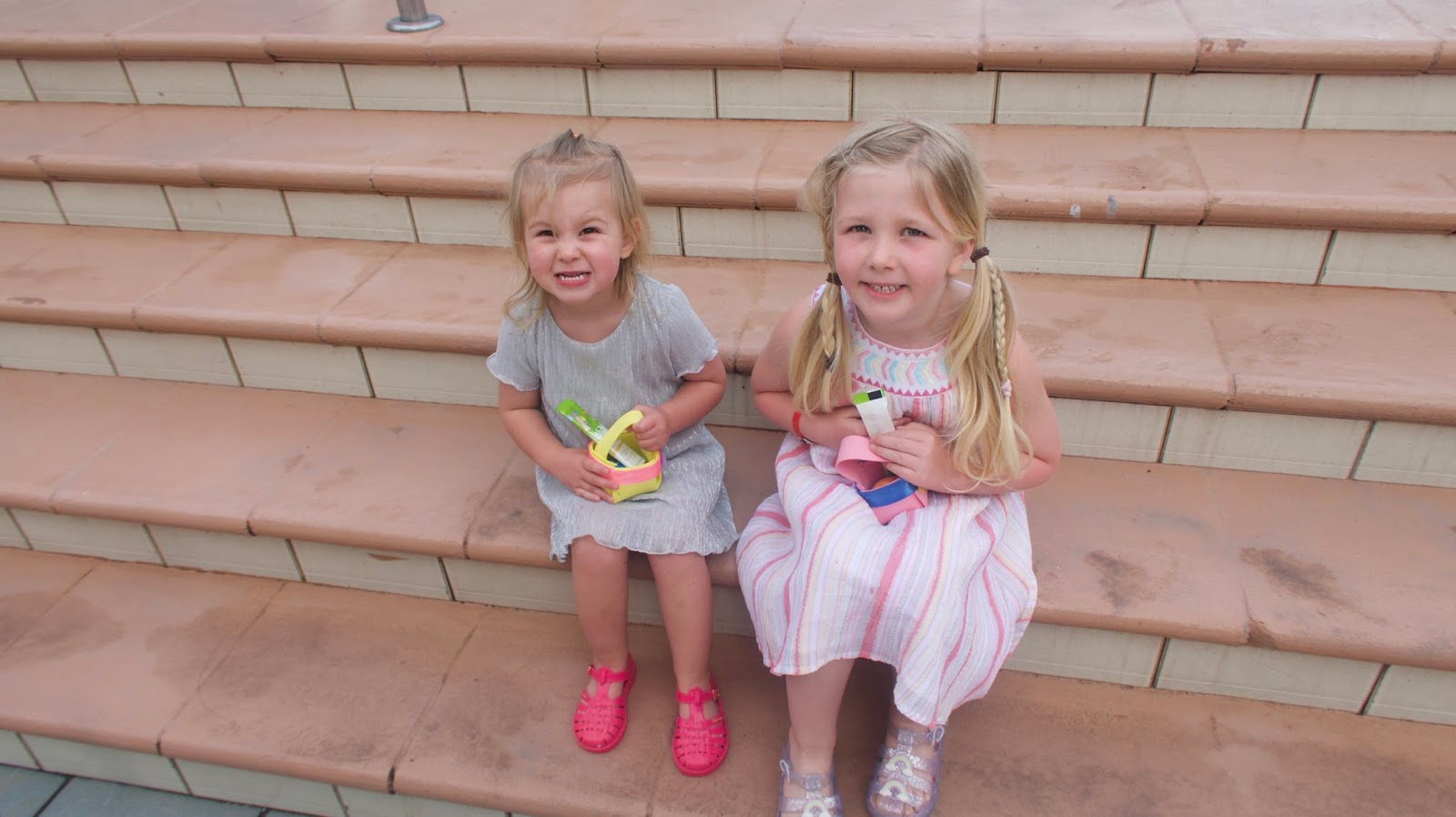 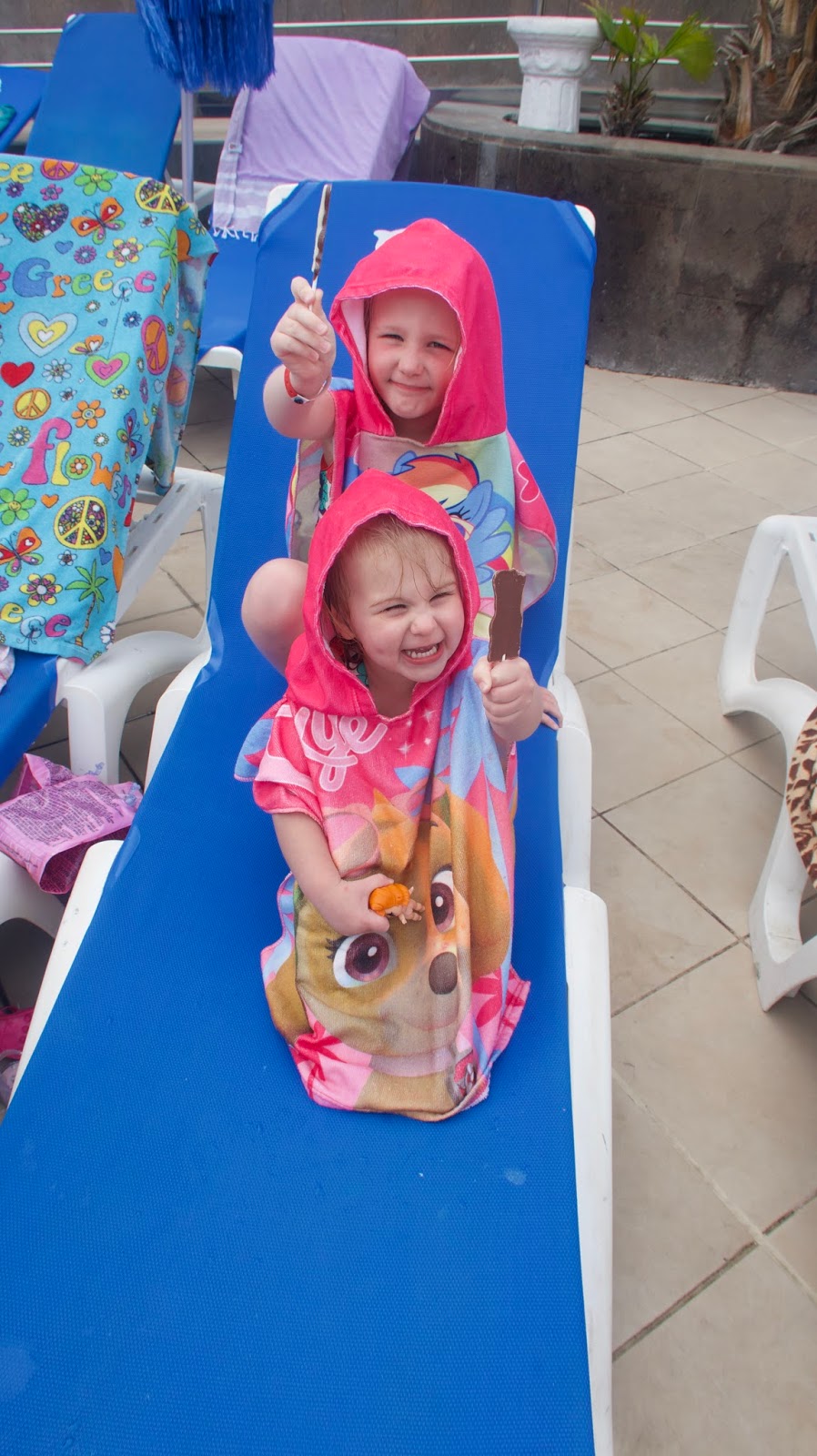 
We were also really impressed with the entertainment put on throughout the day, there was aqua aerobics and yoga, jenga, water polo.. so much to do if you wanted too. At 10:15am every morning there was also a good morning song that came on and a little dance they did to get you moving and woken up! In the evenings there was kids discos that were fun however they didn't start until 8:30pm so we only made it once while there. We did have a pool/stage facing room though so some nights we'd watch and join in with the dances before putting the girls straight to bed. After the kids disco was regular 'adults' music (I think, we were normally asleep by this point!!).

Overall, we did have a really nice time and I would recommend it. I think we would definitely go back. 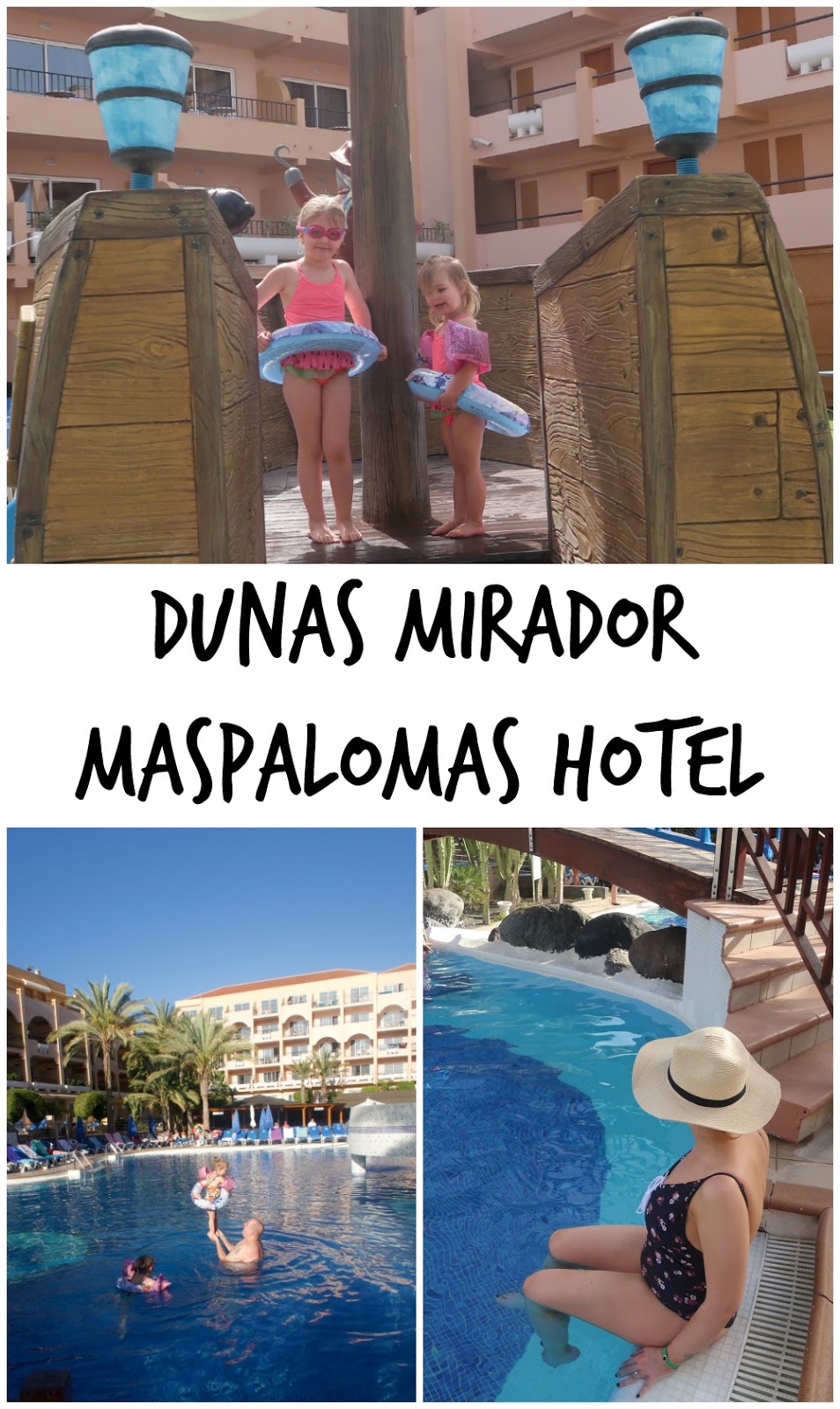 If you have anymore questions just ask!