We bought our first house; our journey!

Hoping a new front door will be one of the first things we get. I’m thinking a nice wooden one, painted a nice grey - to easily go with all my seasonal decor 🎃 🎄 💐 I haven’t even looked at costs but it can’t be that much surely? 🙄 (I say this about everything to @warrenjconway ) 😂 #newhouse #homedecor #frontdoor #homerenovations #firsttimebuyers #homedesignideas #our1960shouse #ourfamilyhome
A post shared by The ConwayClan (@homeoftheconways) on Jan 17, 2019 at 11:29am PST


It's official - we have our first family home. It's been quite a quick process considering we weren't even really considering buying when we viewed a house for rent back in November last year.

We viewed the house to rent & really liked it but I just longed to buy & felt it was such a big amount of money to be spending every month when we couldn't really change anything & still couldn't make it how we wanted it.

We decided to look around at what was available to buy in our area just for the sake of it really and found one in the area we wanted that was quite 'cheap' for 3 bedrooms. We worked out that if we could only put down a 5% deposit instead of 10%.. we would soon have that amount in savings as I was due in some big payments from brand work I had previously done that year.

We booked a viewing of the house and we were waiting for them to say something was wrong with it because of the price but actually it had just been reduced as they tried to sell previously but it fell through and they wanted to sell it quickly now.

Looking around we loved it - don't get me wrong it does need a lot of work over the next few years but it's liveable as it is (we have now had a full survey done and there are no major problems) and as it was such a good price we don't mind putting some more into it to make it a nice family home. 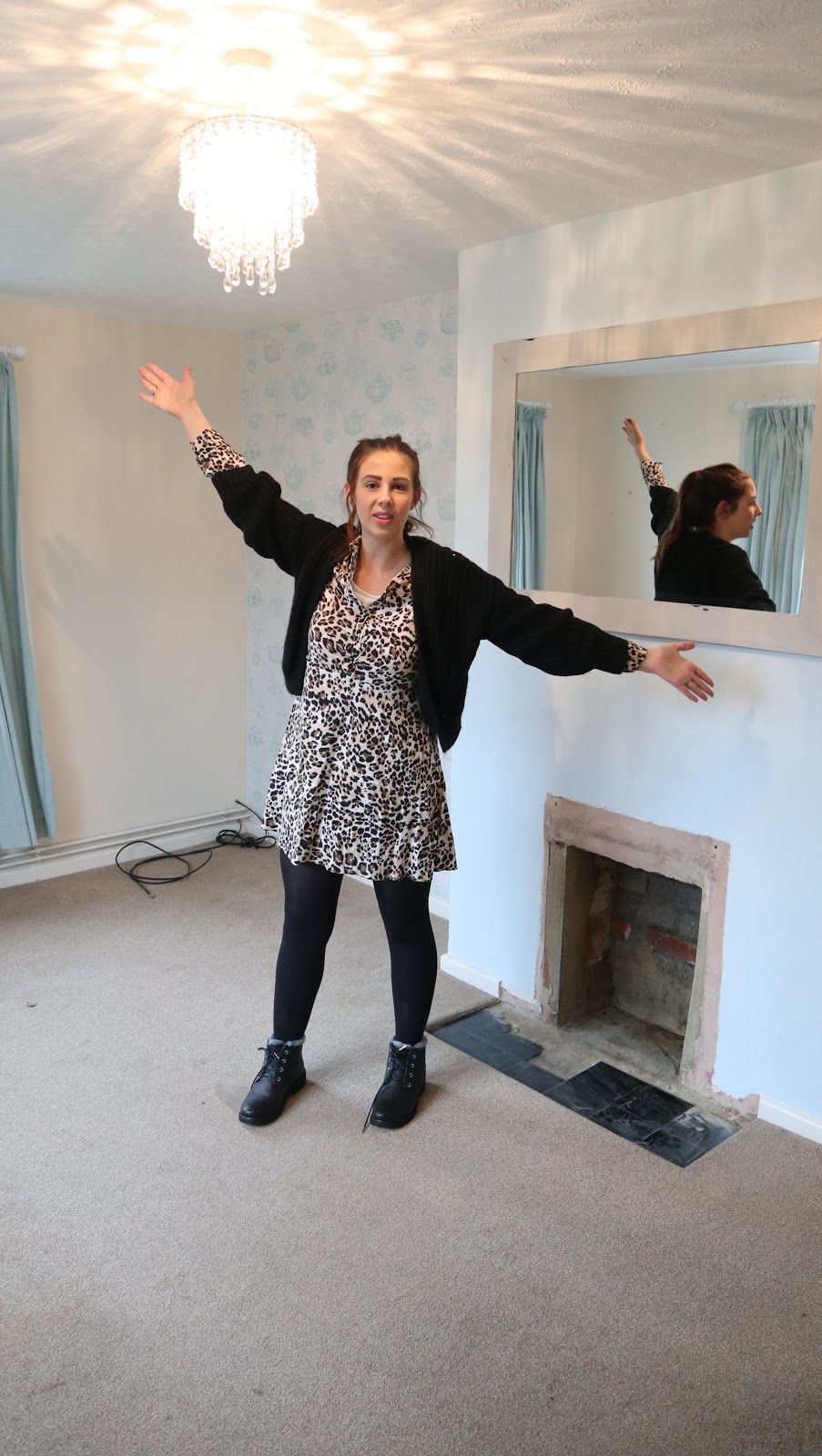 We also saw the potential in it - moving walls, chimney breasts and planning extensions - subject to planning of course but we have recently found out that a 2 storey extensions was granted a few years ago however they just never got round to doing it. Fingers crossed permission will be granted for ours too!

We put an offer in that day - maybe a little quick for some people - but our instincts were telling us to go for it and we could see the potential so we had nothing to lose. After a bit of too-ing and fro-ing it was accepted for under what it was up for & we've been sorting it all out ever since!

We got the keys a few weeks ago, so it's taken 4 months from actually viewing the house in November - we had no idea 2018/2019 would be the year of buying our first house but we're so excited!

Now onto the renovations...!