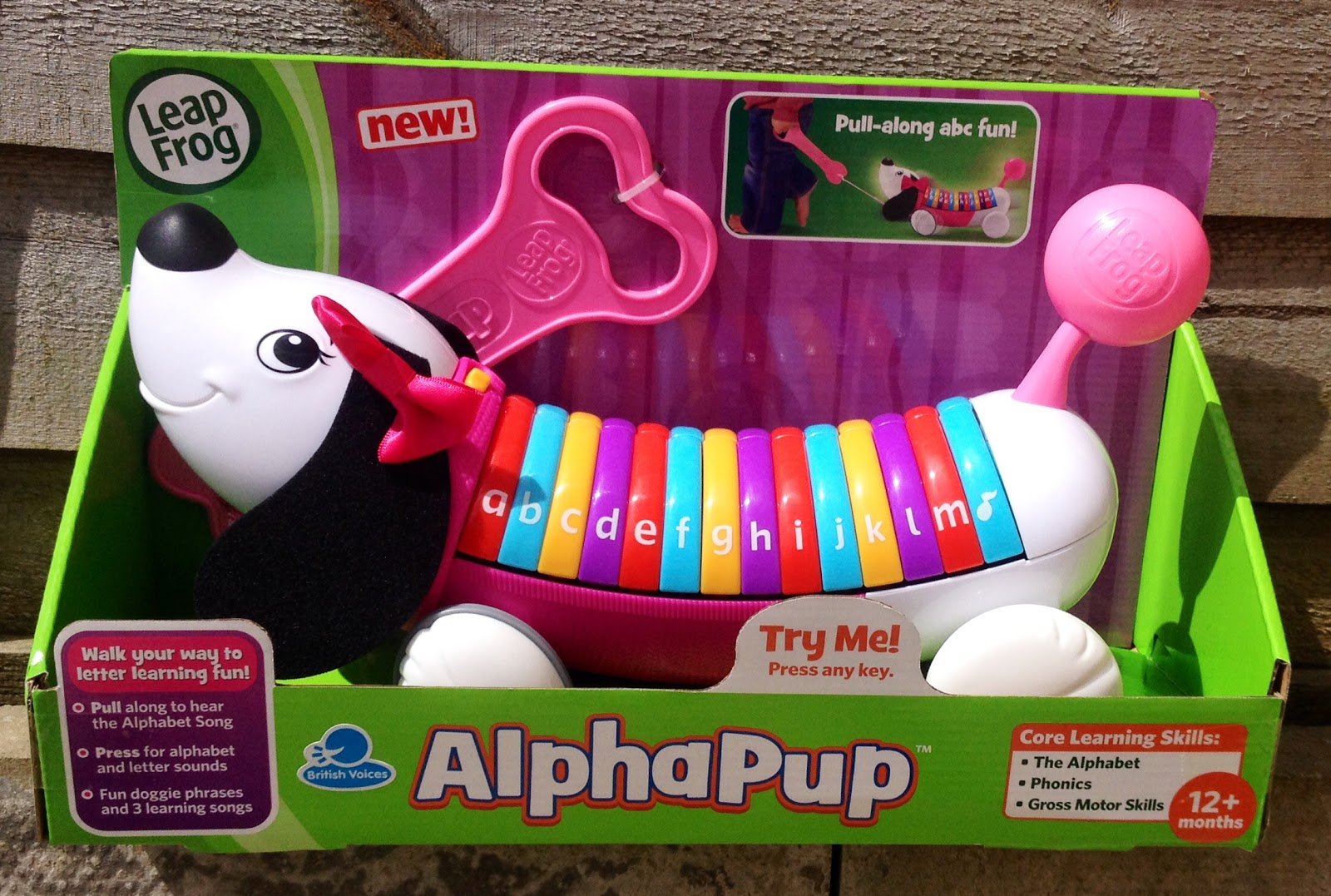 If you follow our vlogs on YouTube or know Sienna, you will know that she is pretty advanced for her age. Some say we should take all the credit for it and while I don't think it's all down to us (she must be naturally clever!), I think we do help. I do spend a lot of quality time with Sienna and both Warren and I do sit down and teach her things.

So far at 19 months old, she knows most her animals, the noises they make, colours, a few shapes as well as a million words. Naturally, I feel the next step is numbers and letters. She does recognise a few numbers already but we haven't really worked on the alphabet side of things yet. We have used a range of toys to help her with learning and our most recent is the Leapfrog Alpha pup. 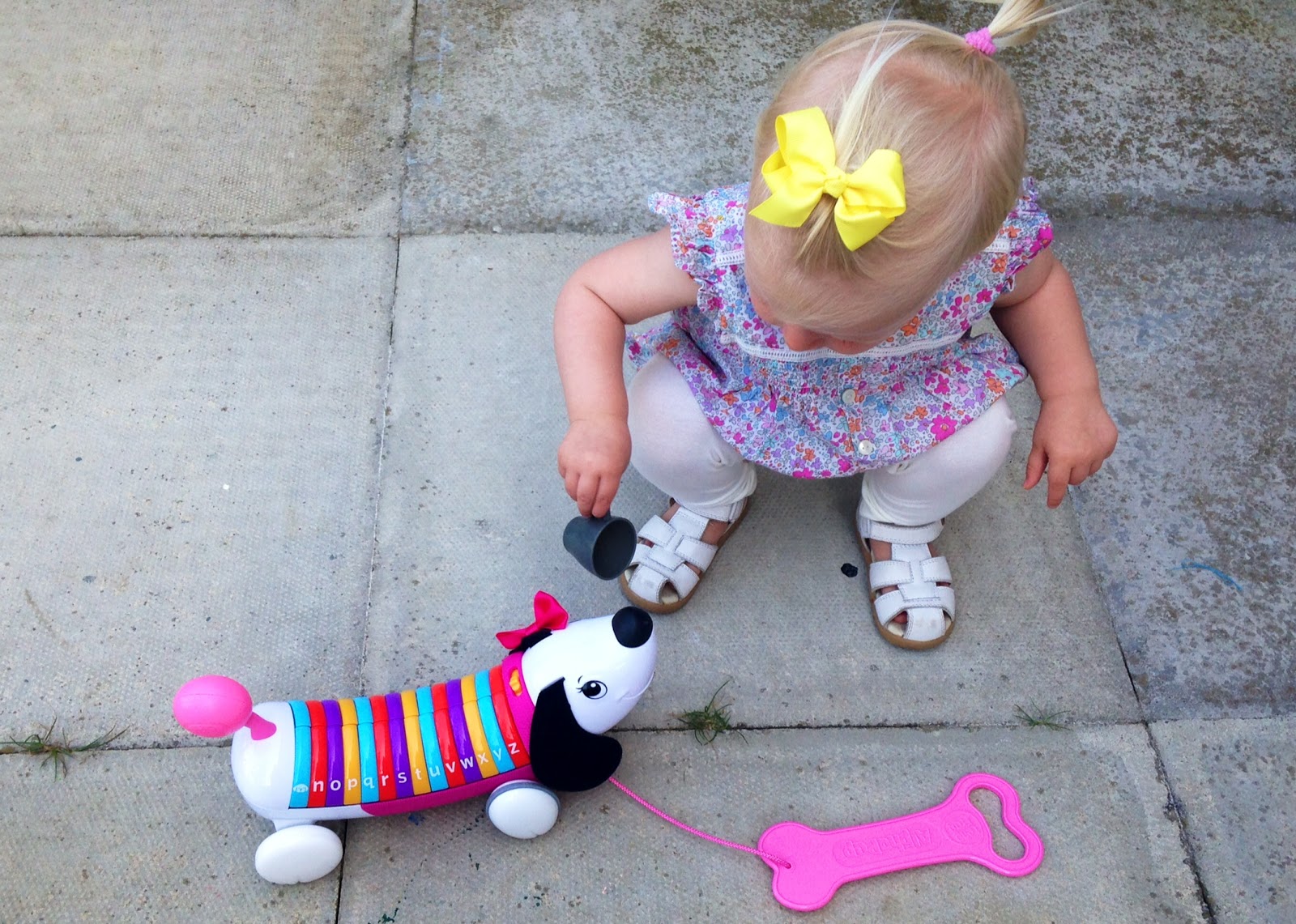 It needed a drink first apparently ;)

The Alphapup is a fun, bright toy that helps encourage the core learning skills of the alphabet, phonics and gross motor skills. We got the pink version for Sienna and it's so bright and colourful, exactly what most kids are drawn too, Sienna loves it and immediately wanted it out of the box to play with. 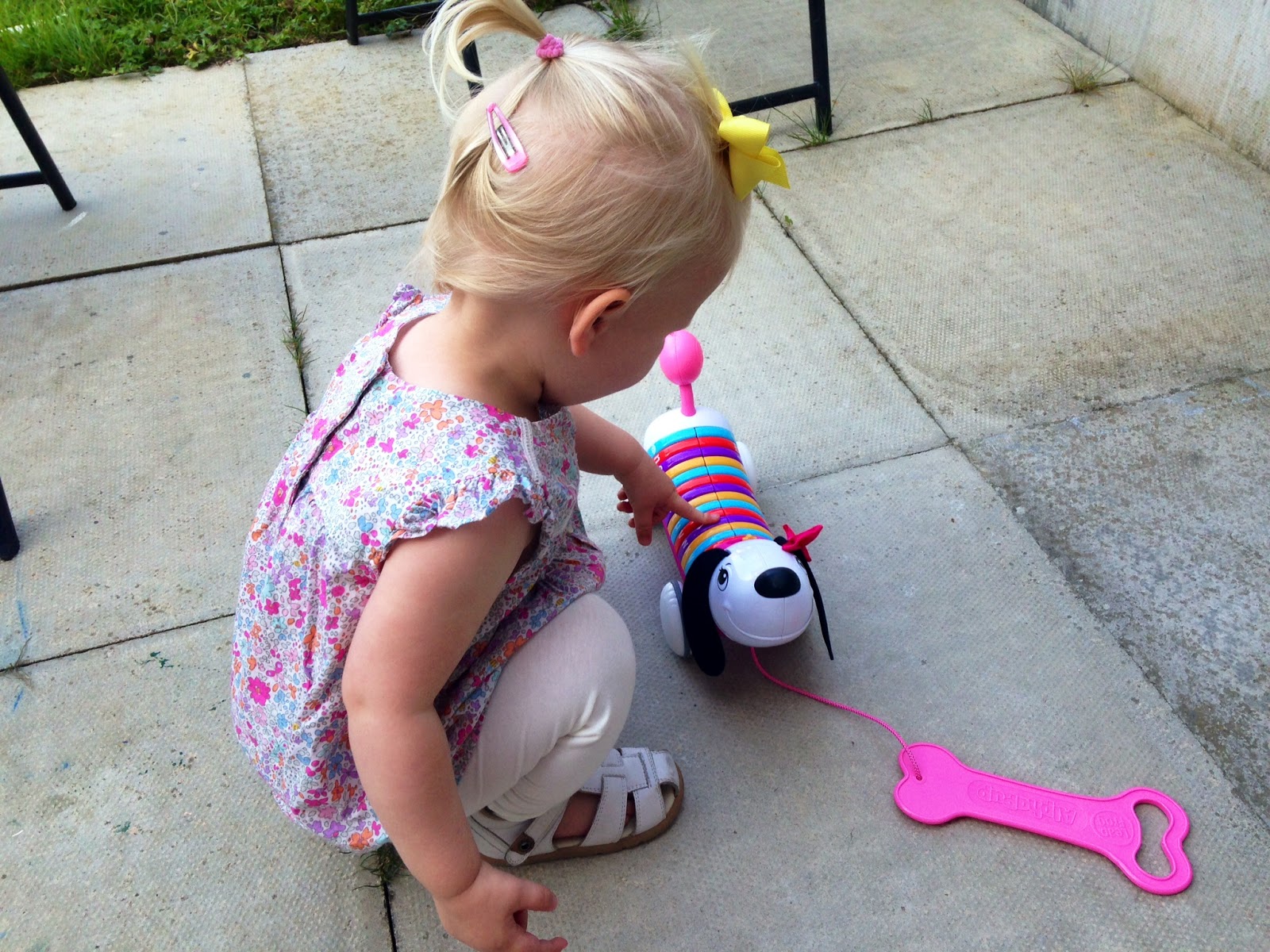 The colourful, interactive buttons sound out the letters and word associated with that letter to give the basic vocabulary and phonics. The pup also have lots of character with the floppy ears and wagging tail. It also has the pull along feature, while you're pulling, it sings the alphabet but stops when you stop, this encourages them to move around and walk the pup. Having the song will also subconsciously teach them and get them used to the sounds of the letters. 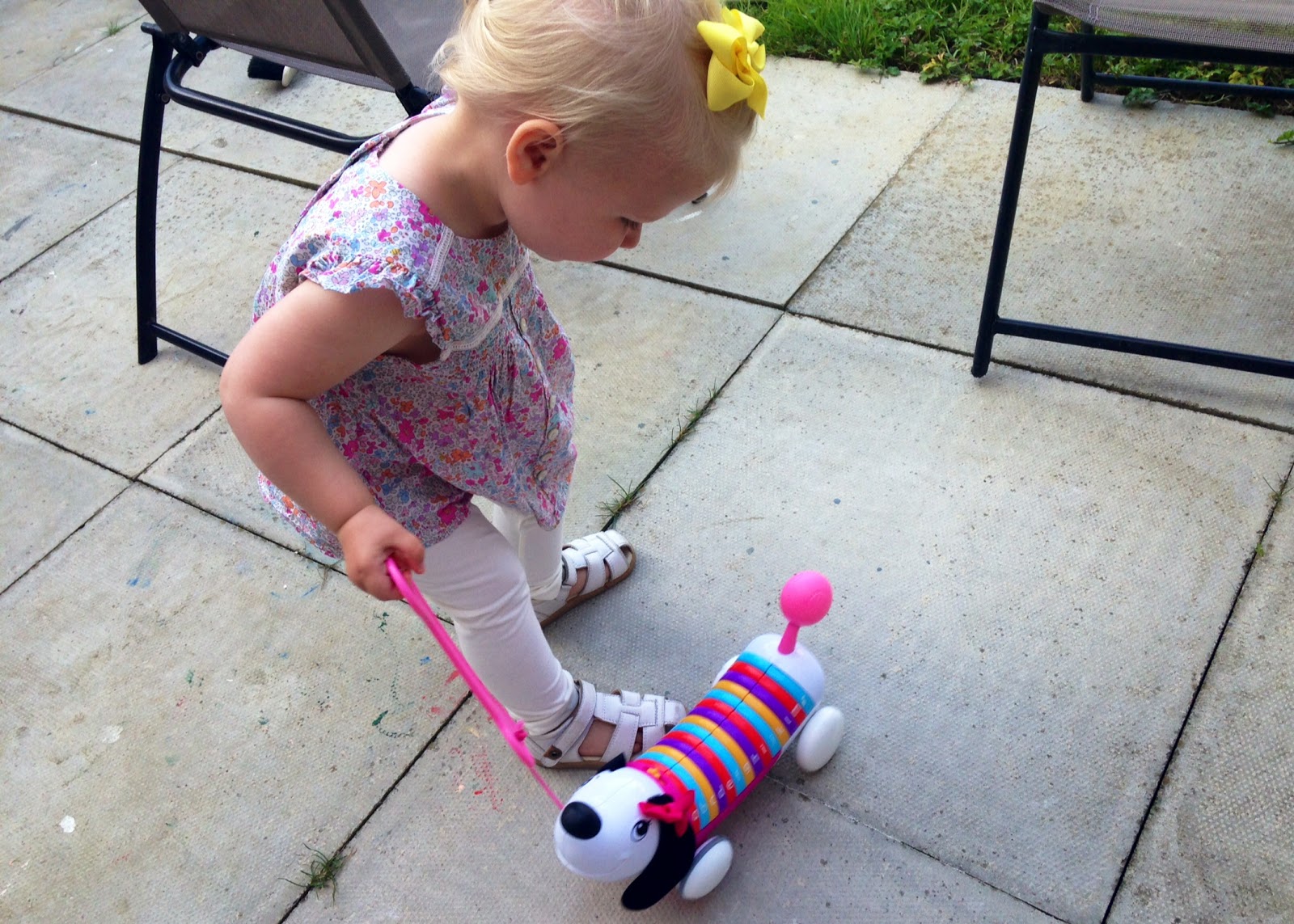 The Alphapup has been really good to use, we have definitely been singing the alphabet more and I have become more conscious of pointing out letters to her. We do try and make an effort to sit down and teach her at least the 'ABC' most days. While she hasn't started singing the alphabet just yet, I'm in no doubt that she is taking it all in and will start learning a few letters soon. We will definitely be using this more and more over the next few months and maybe even years!