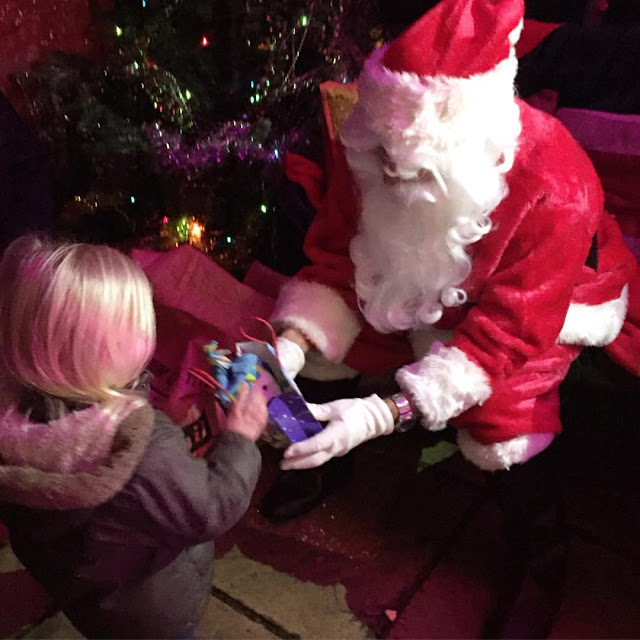 Even though Sienna was poorly last night, she remembered I had said we were going out to hopefully meet Santa.. When I told her we couldn't go as she was poorly we nearly had world war 3 so we decided to take her just for a few hours. She did seem ok in herself but had a temperature of 39 degrees that wouldn't come down even with Calpol and Nurofen which was concerning but the doctors said there was nothing else wrong.

Santa was in one of our local towns for their Christmas evening.. they close the highstreet and have stalls and food and of course Santa! We had a little browse around before going to see him.. I did try to vlog however I tried to use my GoPro that seems to have broken some how! When I got home I went to edit the footage and it was just all black and barely any sound. So annoying! So not Santa vlog, boo!

I was going to spend the night editing but as that happened I had no work to do for once! I had a little game of bingo before getting an early night.. visit this site for bingo online. Sienna actually slept really well considering she was ill and didn't come into us until 8am! I actually woke up with a sore throat and Sienna's temp was still 38.4 so we weren't going to do much but decided to go to my mums as we hadn't seen her all week. She has put all her Christmas decorations up including the tree which Sienna loved! 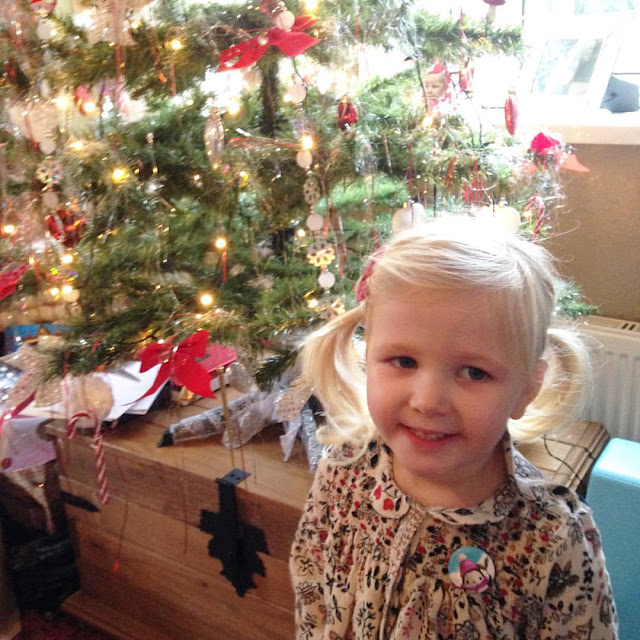 We then had Sienna's playgroup Christmas lunch which was better than I expected! I always find playgroup things a bit cringe but Sienna always wants me to go so I do it for her. I put her in her Next  paisley dress which I love and I feel it's quite Christmassy because of the colours. We had a lovely roast dinner cooked by the playgroup followed by Christmas pudding!  We were only there about an hour but Sienna had fun and said she loved that I was sitting next to her so I'm glad I went, haha!

Now we are just home and going to chill for the afternoon! I have the boring jobs of washing and tidying to do so Sienna will either help me or just play in her room. She loves playing by herself at the moment which is good when I have things to do! I'm hoping she will be a bit better for tomorrow as it's her full day at playgroup and I have a lot of work things to do! Fingers crossed!