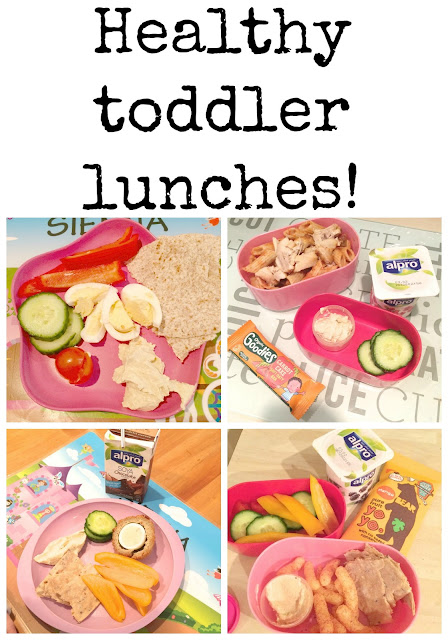 I get asked a lot what Sienna eats and what I put in her lunchbox for pre-school so I have been trying to remember to take a snap each lunch time. I will probably start doing weekly meal videos again showing breakfasts and dinners on my YouTube channel soon but for now this is just a quick post! 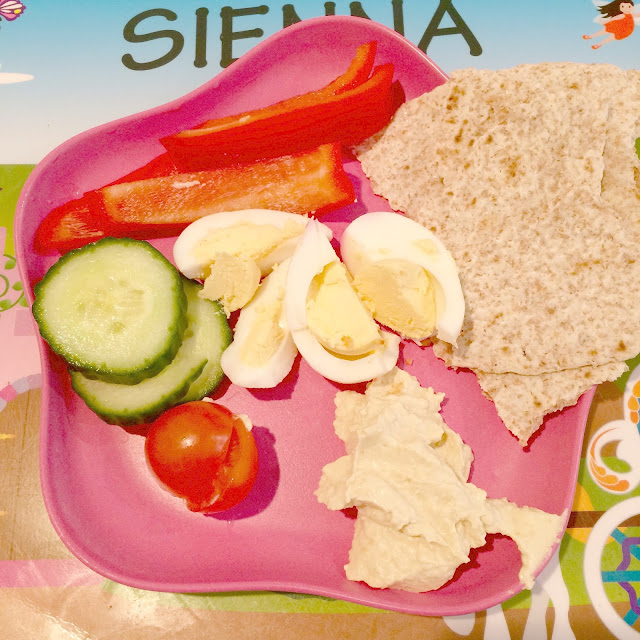 Sienna requested this lunch.. She has a wholemeal wrap teared up, some organic hummus, a hard boiled egg and some red pepper sticks and cucumber. I also gave her a cherry tomato that was left over, she would have had more had there been some! She loves her snack plates and most days asks for pepper sticks and hummus, it's her favourite thing! 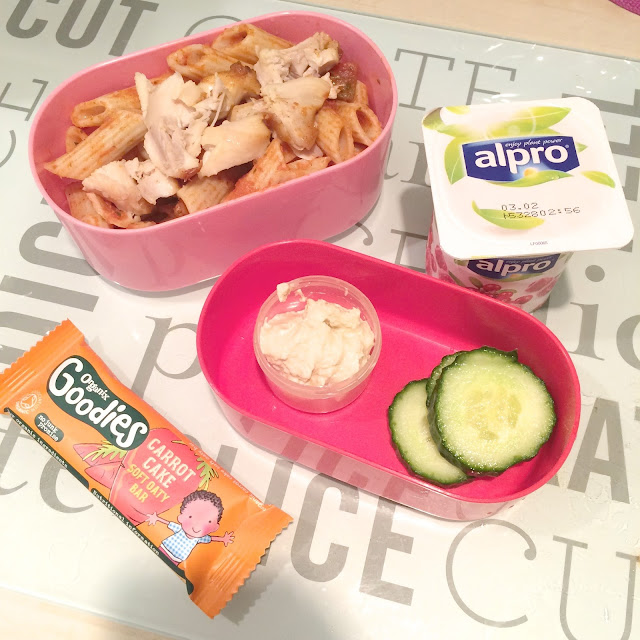 For a pre-school lunch, she had left over tomato based pasta with the cooked chicken off a leftover chicken thigh, some cucumber with hummus, an Alpro soya raspberry yogurt and an Organix goodies carrot cake bar. When she came home she'd left about 3 pieces of the chicken, that's all. 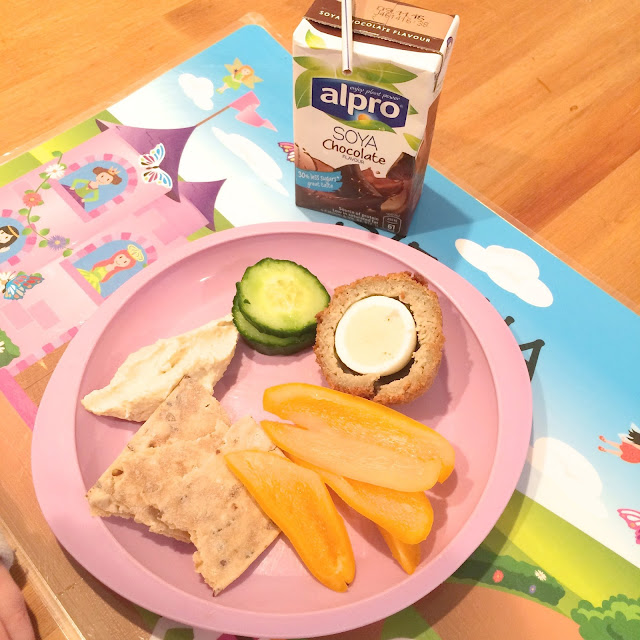 Cucumber, teared up wrap with hummus, yellow pepper sticks and half a large scotch egg. Also some chocolate soya milk for added dairy as she's lactose intolerant. Quite a small lunch but that is all she wanted. 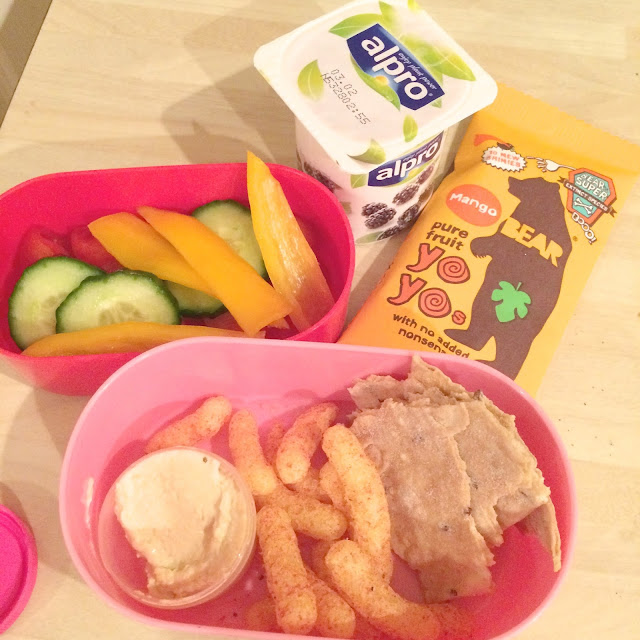 She has the same thing most days as that's what she asks for. I don't mind as most of it is quite healthy, I love that she always asks for her veggies and hummus! I do feel like I struggle to get protein in.. she does eat lactofree cheese occasionally but she isn't the biggest fan of it and other than that, she doesn't really have meat at lunch time but I'll keep working on it!