Travel | A weekend in Liverpool with Travelodge

You may have seen from Instagram that last weekend we headed on a road trip to Liverpool! Warren has family in Liverpool so we try to visit once or twice a year.. it is a long journey for us though and it did take us 5 hours but surprisingly it wasn't stressful! Sienna was such a superstar all the way there playing with her toys or singing songs or napping. Aria also slept most of the way only waking for her feeds at the services. 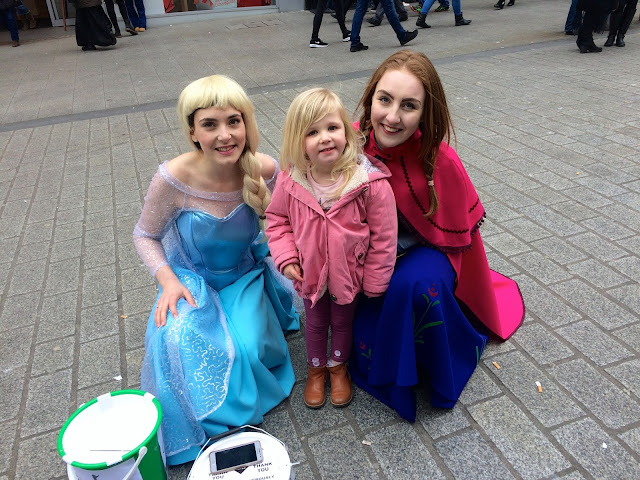 When we got there, we headed straight to visit Warren's Nan for a while and then met more family in Liverpool. We had a walk around and Sienna met Elsa & Anna so she was very happy ;) We then went for a drink and some snacks at a really nice spot, The Club House. It would be so lovely in the Summer!

As it's such a long drive, we always stay the night and make more of a weekend of it rather than going up and back in a day.. that would be stressful! 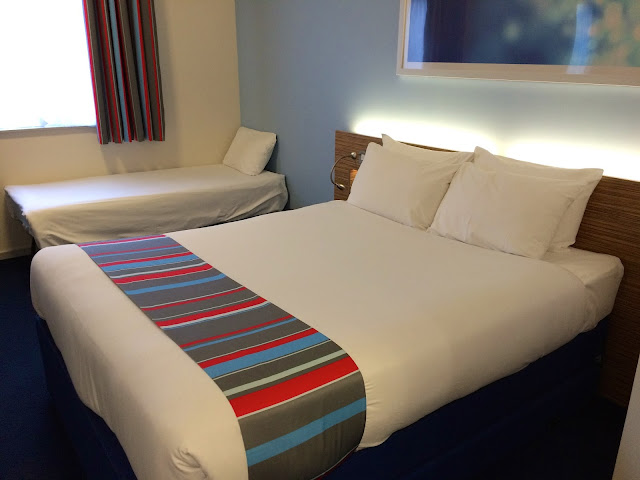 We stayed in the Travelodge in Widnes which is just outside Liverpool.. still an easy, straight forward drive into the town but I didn't want to be right in the centre. We have used Travelodge before however this time we needed a family room now there is 4 of us. 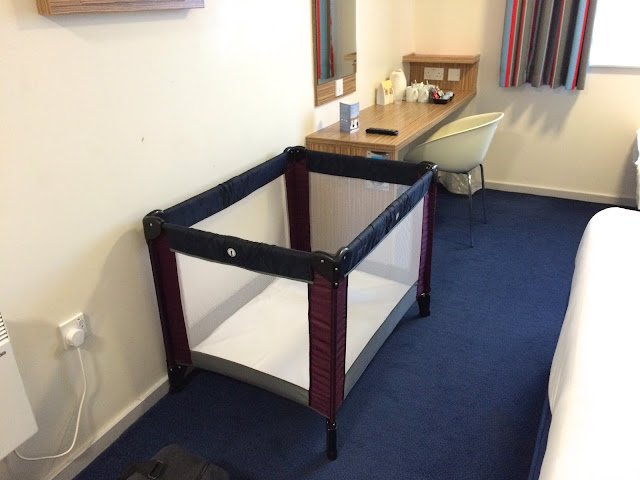 I debated wether to take Aria's moses basket but to be honest, she doesn't sleep that well in it anyway so we decided to opt for the travel cot they provide. Sienna has her own little single bed separately away from our bed which I really liked, it she was right next to us I don't think she'd sleep as well. She was really excited to have a bed in the same room as us as I think at home she feels a bit left out as obviously Aria's in with us and she isn't. 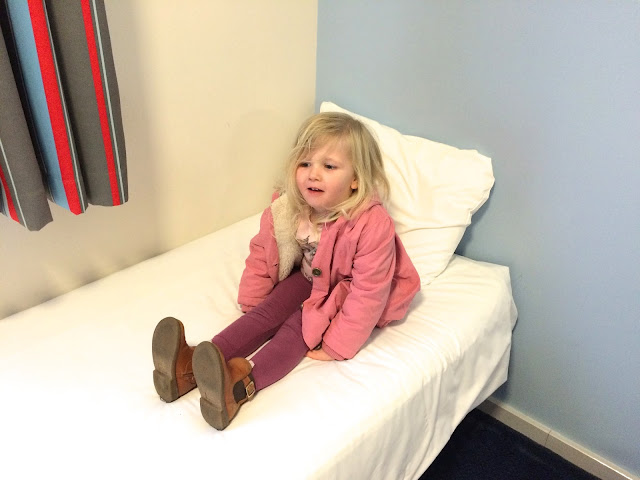 The room was a great size, I was impressed at how much room we had. I did move the travel cot next to our bed as Aria is still so tiny but there was still plenty of room. The room had all the facilities you could need.. I had a coffee as soon as we got in the room, it was very much needed after being up at 4am! 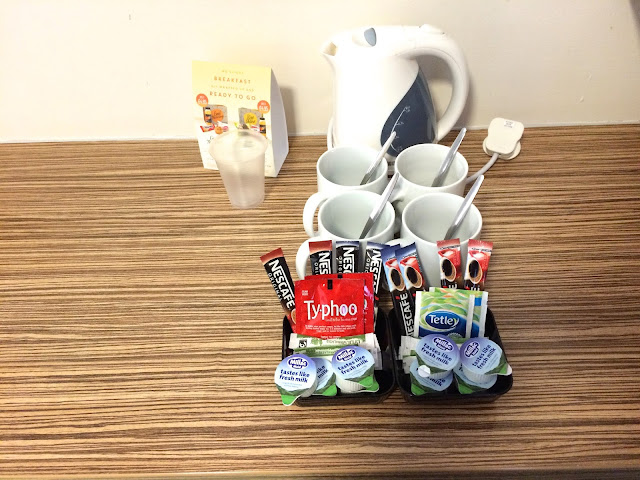 The bathroom was a little outdated with the red tiles however it was extremely clean and had everything we needed for our nights stay including towels.

We also had a TV on the wall, extra towels and hangers which was brilliant. 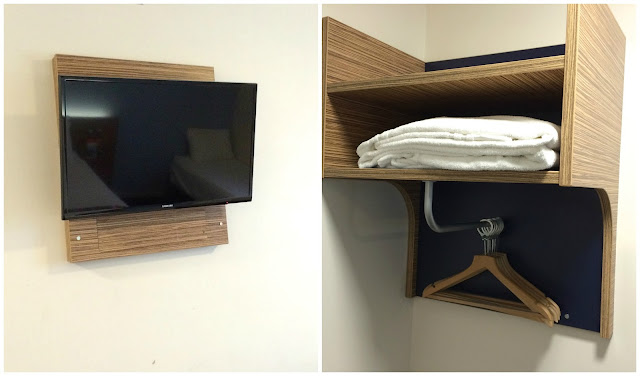 Our beds were really comfortable, Sienna went to sleep really well in hers and magically, Aria slept the best she had done since being born! I have even considered buying her the travel cot to sleep in at home, haha! 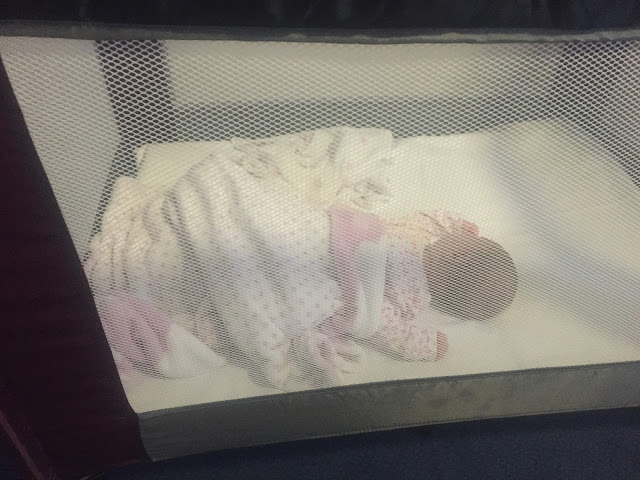 The service at reception was also fantastic when we check in and out and when we had a problem with our room key. She also asked if we wanted breakfast boxes and we said yes as Sienna is always wanting breakfast as soon as she wakes up and not many places are open at 6am on a Sunday ;)

They promptly delivered them at 6:30am just as we asked. We got one of each to see what they were like; the 'Rise & Shine' and the 'Good Morning'.

I must say they weren't the healthiest options, very sugary, but Sienna loved the muffins and bars. I probably wouldn't opt for them again I would try & remember to take something for Sienna instead but as there wasn't any other option for Sienna that early they did come in handy!

We went for breakfast a bit later on with Warren's family so don't worry, I didn't starve! We then decided to head home as it's quite a long time. Although it was short, we had a lovely time in Liverpool and it was lovely for Aria to meet Warren's family.

We'd definitely stay at the Travelodge again as it's perfect for one night and so affordable too!