I feel like there's quite a lot to update on now as Aria is much more alert and awake during the day rather than just sleeping and eating like the really early days. We have noticed likes and dislikes, patterns and 'personality' traits. 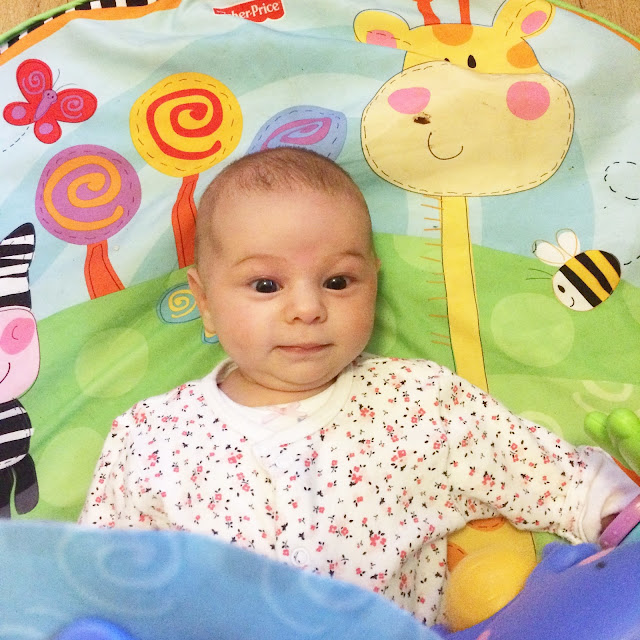 She seems pretty content during the day most of the time.. if she does get a bit grumpy I feel like it's because she's bored.. a change of scenery, walking into a different room or putting her on her play mat seems to help. She loves looking in mirrors so she's a big fan of her play mat just like Sienna was. 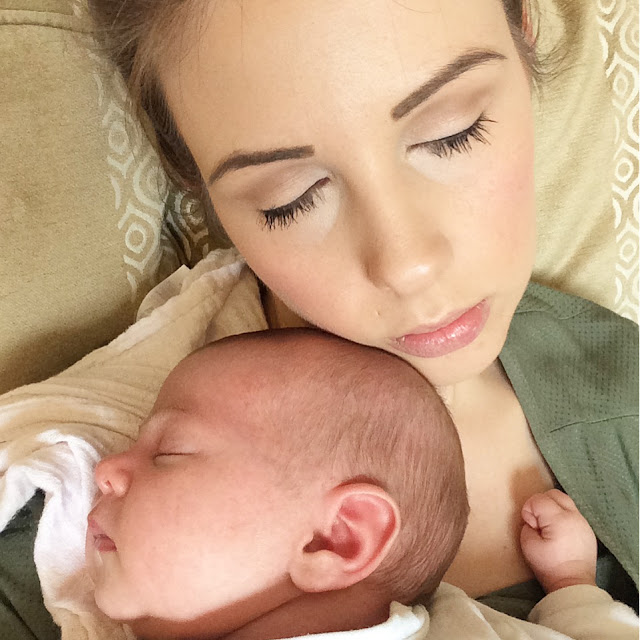 The number one question people ask is.. does she sleep? how's the nights? Well, lets dig into that. She isn't horrendous and she isn't 'bad' but I don't get much sleep. The odd night I have only had 2 hours sleep which is pretty hard but I can get through it. It isn't as if she just screams all night because she doesn't but she just wakes a lot as she doesn't seem to sleep very well unless she is on my chest. She tends to sleep quite well for the first part of the evening and then is more unsettled from sort of 3am onwards. I'm basically up from 3am most mornings or I get 10 minute chunks here and there between 3 and 6 when Sienna wakes up. 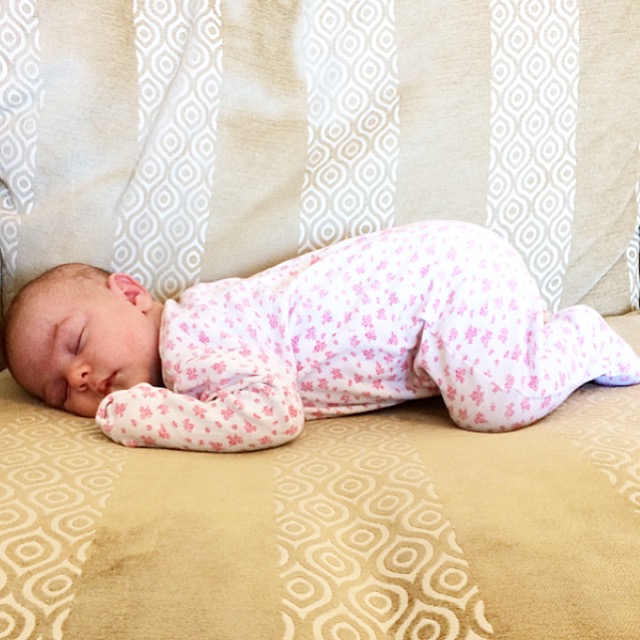 In the day time I can 'trick' her.. she will fall asleep on my chest and then if I put her down on her front, she still feels like she is on my chest so she does tend to sleep for a while longer.. however at night I know it's unsafe to put her on her front so I never do and of course, she doesn't sleep as well. 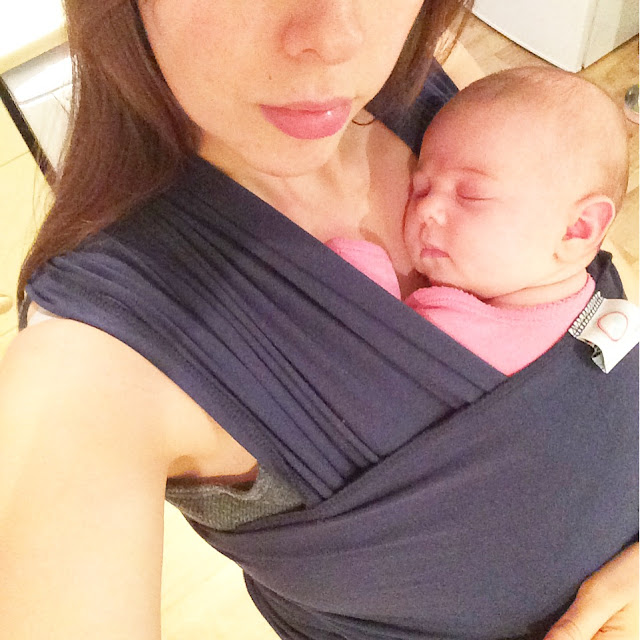 She seems to be quite unsettled in the early evening... she cries and screams a lot and nothing really helps. She is a big fan of being worn in the wrap and baths though so if it gets really bad, we resort to those! She will then completely zonk out between 8 and 9 though and generally sleep until midnight or 1am. I should try and go to bed as soon as she falls into a deep sleep but I'm normally catching up on blog posts (like right now) or I want a bit of 'me time' and catch up on my TV programmes or YouTube videos. 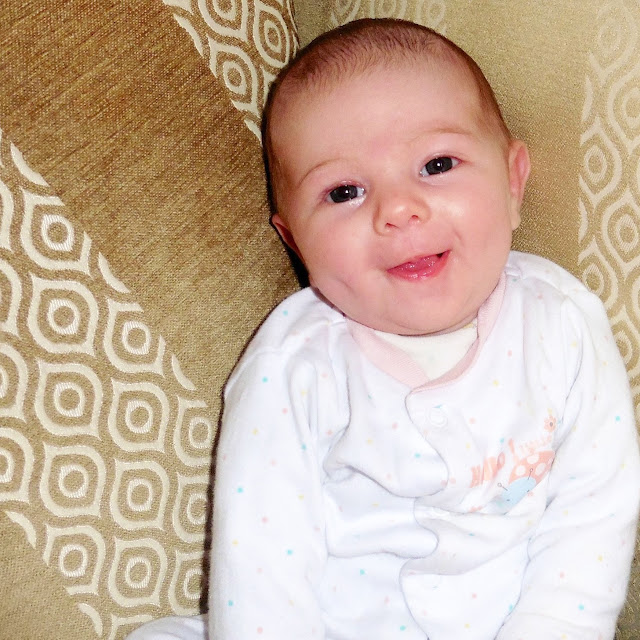 The health visitor and doctor (and us!) are really happy with the milestones she's reaching. She is smiling and cooing, she copies you when you stick your tongue out and she tries to giggle if you tickle her. She has also managed to roll over twice but I'm not sure if it's a fluke! She's also starting to grab things and is always holding on to either my clothes or hair. 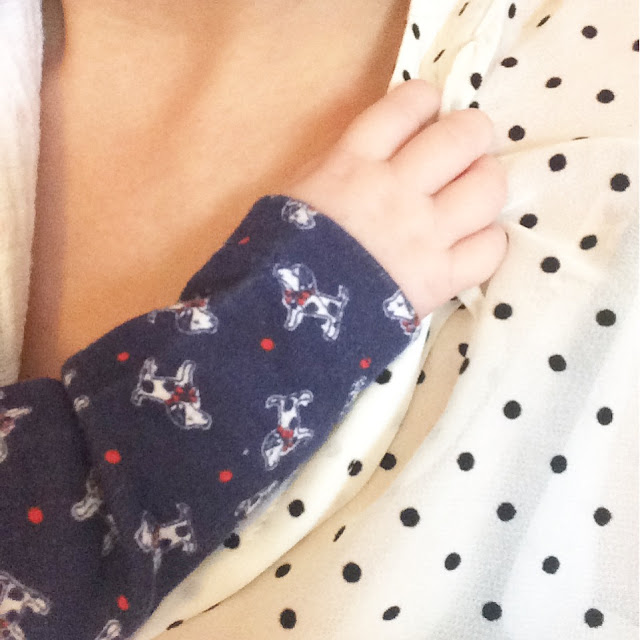 At 6 and a half weeks, she weighed 10lb 4oz which is on the 50th percentile but she was 59cm long which is the 91st percentile so she is pretty long! Breastfeeding is still going really well, hence her weight, the little chunk! She has outgrown her newborn baby grows because of that so they have been put away already.. so sad! 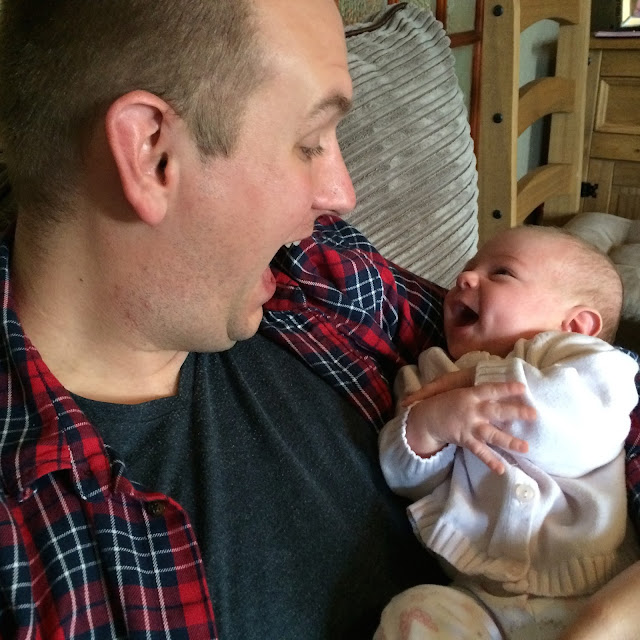 I feel like Warren is bonding more with her now as well, it's so much better now she can react a bit more by smiling and she is just getting more used to him. She even slept on his chest for about 20 minutes the other day which was a nice break and good bonding for him. 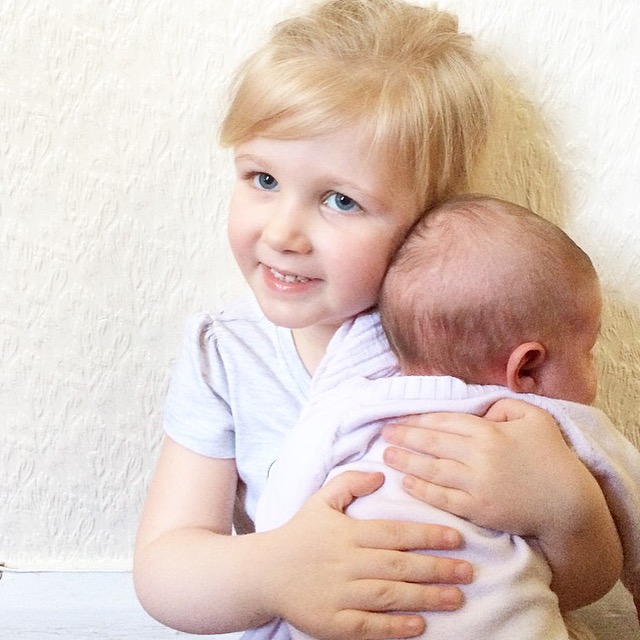 Sienna's also loving the fact that Aria can smile and tries to talk. She is forever singing to her and I think Aria knows her voice and she turns towards her and is always smiling at her. I can't wait until they can interact a bit more, it will be so fun.

Things are slowly getting easier as we get to know what she likes and doesn't like and what settles her. I don't feel like I panic so much when she cries now like I did in the early days so things are becoming more enjoyable as I'm more relaxed about taking her on days out or to friends houses etc.

I'll do the next update at 2 months which is slowly creeping up on us, how crazy!