Postpartum | How I reclaimed my body after pregnancy

This isn't my story, it is a guest post by Rebecca, however our stories are so similar I really wanted to share it! 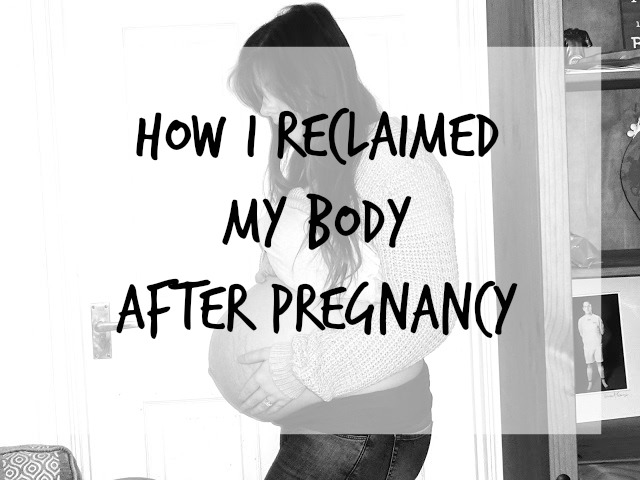 I’m going to put it out there – pregnancy was NOT for me. Not any of it.
Obviously, I was thrilled to be expecting but what started out as a little queasiness suddenly turned into a tidal wave of omni-present nausea that wouldn’t quit. I felt utterly betrayed by the term “morning” sickness; I had morning, afternoon, evening, middle of the night, early hours of dawn sickness. Don’t let them trick you into thinking that just because you aren’t hospitalised for sickness, it isn’t as debilitating. Some days just standing up was enough to have me running for the bathroom, much to the dismay of my husband. It got to the point where he began to resent taking me out for nice meals, or indulging in home cooking because he knew where his efforts would end up.
So due to this, I spent A LOT of time either sitting or lying down when I was pregnant, and began to live on orange Lucozade and cheese crackers because it was the only thing that I could stomach. Do you know how much sugar is in a litre bottle of orange Lucozade? I didn’t know, and even if I did, I wouldn’t have cared – but for the record it’s around 120 grams. 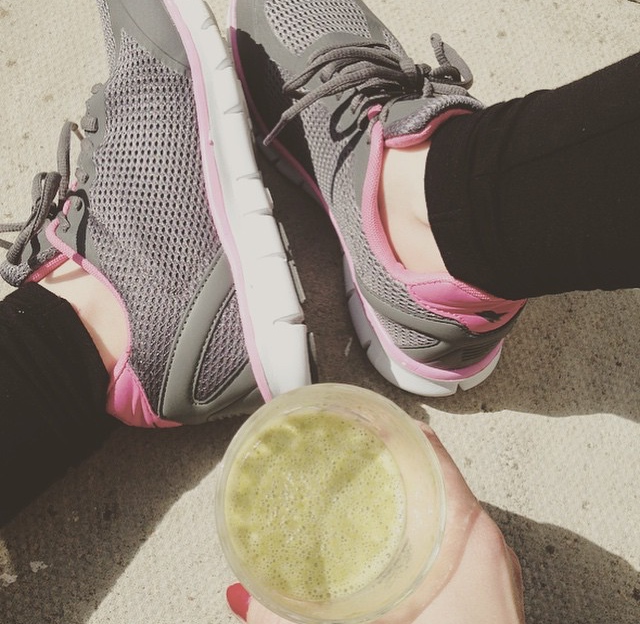 Before I came pregnant, I was OBSESSED with my weight and my body, probably bordering upon unhealthy. I didn’t eat refined carbs, I prepared all of my meals in advance so that I knew what I was eating and I wouldn’t have gone within 5 feet of a fizzy drink, unless it as sparkling water daaahling. I knew what my weight was, I knew what my measurements were and I sometimes went to the gym twice a day.
I think throughout my pregnancy, I ventured to the gym a handful of times. I couldn’t muster the energy, I couldn’t shake the sickness and to be perfectly honest, I couldn’t be bothered. Even walking on a treadmill made me feel sick and dizzy.
So I did a complete U-Turn and once I could stomach solid food again, I ate A LOT of it. I wanted all of the carbohydrates and I wanted them THEN. Bread and cheese, mashed potato, macaroni cheese and big macs. I was on a one woman mission to prove that the ‘eating for 2’ myth was necessary. My husband is one of those infuriating people that can eat as much as they like and never gain weight, so he was more than happy to accompany me on my trail of food destruction. 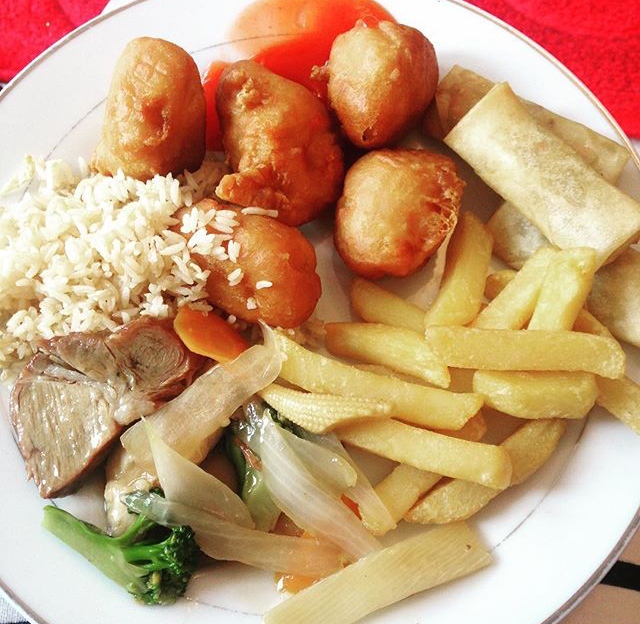 Because I was quite slim to begin with, I never reached proportions that were deemed ‘unhealthy’ by others, but to me not caring was so alien. But I turned my obsession to the battle against stretch marks. Twice a day I religiously smothered myself in handfuls of cocoa butter mixed with vitamin E oil; just for the record I don’t have anything against stretch marks, but I DO have something against relinquishing control and wanted to regain some of my body. Whether it was down to the hundreds of pounds spent in Boots or good genes – I got through pregnancy with ONE stretch mark on my belly button.
By the time my little girl had emerged (very quietly) into the world, I was left with 3 extra stone but was convinced that breast feeding would help me lose it – it didn’t really. When she was 3 months old, I took a picture in my underwear that only I have seen. When she was 4 months old I joined a gym and never looked back. (I actually attempted Insanity at 6 weeks post-partum, but that was a ridiculous joke and it isn’t worth visiting that memory).
Don’t get me wrong, it was a long hard slog and took a lot of dedication. Being a control freak that thrives on routine meant that Gina Fords ‘Contented Little Baby’ book was my bible and little Belle slept 12 hours a night from 12 weeks old. I feel like I should mention at this point that I know Gina Ford isn’t for everyone, but feeding ‘on demand’ didn’t work for us, and I picked and chose what I wanted to use; for instance I didn’t use the ‘cry it out’ method, but her routine was right up my street. I knew when she would feed and I knew when she would nap and I could plan our early morning walks and afternoon walks that I did RELIGOUSLY (2-3km), my cooking/eating time and gym trips at times that meant I wouldn’t compromise precious time with her. As she got older, I would do a home Yoga DVD around 7:30am after she had had her first bottle and would laugh at me from her play mat. I also suffered mildly from post-natal depression, and the difference that changing my eating habits and exercise had was phenomenal.
After being at the gym for almost 4 months and not seeing the dramatic results that I was expecting for all my hard work, I was coerced by my brother in law to try taking protein. He is a personal trainer and boxing coach, and while I trusted his judgement, I was sceptical to say the least. Mainly because I was convinced that I would start to look like Jodie Marsh when she took up body building, and no offence intended, but that wasn’t for me. However, he was an expert and I followed his advice. Immediately after a workout (that had now progressed to 30 mins of HIIT training and 30 minutes of strength/resistance training) I mixed 1 scoop of protein with water (sometimes with almond milk for a treat!) and despite my scepticism, saw impressive results – I actually had a waist again. I mean, my hips looked abnormally large now in comparison, but I had had a BABY for crying out loud. 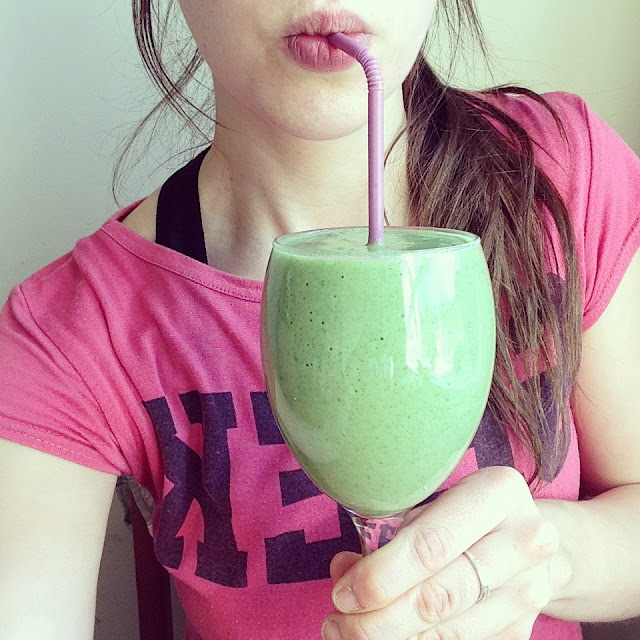 I had already changed my eating habits quite dramatically; swapping potatoes for sweet potatoes, white pasta and rice for their whole grain counterparts or quinoa. Toast for breakfast became eggs, spinach and turkey sausage (from Asda of all places!!), after walk snack was strawberries and blueberries with Greek yoghurt, lunch was chicken, whole grain pitta, sweetcorn and avocado, I even made my own sweet potato crisps to snack on as well as nuts and vegetable sticks. I suddenly became really aware of what I was putting in my body and how amazing I felt because of it. I read up about the danger of ‘low fat’ foods and concentrated my efforts in restricting the amount of sugar that we as a family ate. Sugar had become the enemy; for those who aren’t aware – ‘low fat’ foods doesn’t equal heathy. Low fat means that the items sugar content has been jacked up far higher than the full fat version, which you are better of sticking with.

When I went back to work, I made a new routine. But I was also lucky enough o work with a group of people who were all on their own health/fitness journeys and learnt so many amazing tips that saw me reduce my body fat percentage from 27-21% in 6 weeks. Tips like, making sure you are drinking 2 litres of water every day. Adding a relevant amount of simple sugars (I use honey) to your post work out protein, because it raises your insulin levels and makes sure that the protein you consume afterwards is taken to the muscles that need it. Also, drinking a black coffee and a protein shake an hour before you work out to ensure your body has an extra boost of energy for your workout.
I’m not super woman and I don’t claim to be, I just really badly wanted to be the best mother and wife I could be, and for me that started with trying to reclaim my body to something that resembled a pre baby body, where I felt happy and confident. And in control – Can you sense a theme here?
Another added benefits of our food overhaul was that when Belle was weaning, she ate much of the same food that we did; mashed banana, blueberries, Greek yoghurt (Petit Filous have 9 grams of sugar in a pot!), mashed avocado and sweet potato. It progressed to baby lead weaning with the same meal that I/we were eating, and I have a little love that still adores these foods. Now I have a 3 year old, and between full time work and newly acquired night terrors, I definitely have a more relaxed attitude to my fitness regime, but things I budge on are;
These things do make such a difference, especially when you are a busy mum! I think the only way to start is with a clear goal in mind. Do you want to drop a dress size, lose a certain number of inches or just gain more energy?
I’d stay away from aiming to lose weight because the likelihood is you will gain muscle – making you leaner, but heavier so your weight may begin to increase as you become fitter. This is what I have against programme such as Slimming World; why pay money for someone to encourage you to eat less and lose weight when you could spend money on a gym membership (or exercise outdoors/at home and spend nothing!) and eat MORE. It just doesn’t compute it my brain, they seem to pray on people who are confused and vulnerable.
Whatever your goal is, it CAN be done, just make it work for you.