When the food shop takes all day...

The food shop.
A rather boring part of a mums week that takes approximately one hour... or one day when you have a 10 week old velcro baby.

I dropped Sienna off at pre-school this morning and thought I'd go and do a food shop as we DESPERATELY needed food. I normally do it online but everyone says Aldi is cheaper so I wanted to try it and see. Now that Aria is 10 weeks and goes a bit longer between feeds, I thought I could easily do it while she slept in the carseat and be home before her next feed.

haha. What a good joke that is! 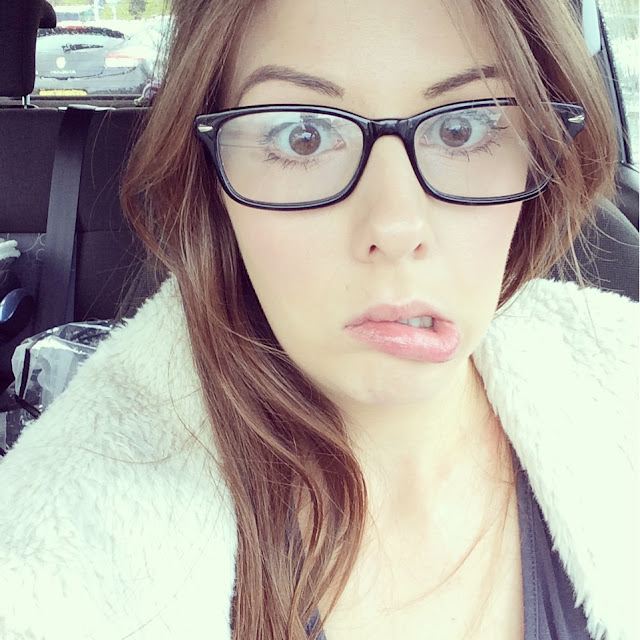 I should have known that after about 5 minutes of being in Tesco, she'd wake up screaming like she had never been fed before! I tried to carry her, wind her, use the white noise app on my phone.. nothing would stop the screaming so I guessed she was hungry.. even though I had only fed her 40 minutes previously before we left the house.

I had a few things in my trolley already and didn't just want to dump the trolley so I raced to the self service to check out without trying to knock anyone over (I can't see over the top of the carseat when it's on one of those trolleys that hold them! #shortgirlproblems). I got to the till and Aria had gone from just screaming to holding her breathe, so I had to get her out the carseat and try to bounce her up and down over my shoulder, whilst leaning over to unload my trolley and scan it and pack it.


I tried to pay and my card wouldn't work (it says chip not detected. I guess it's a dodgy card? I'll have to order a new one #thankslife) so I had to call one of the assistants over and she had to fiddle with it, swiped it and printed a slip for me to sign one handed. (Please note: Aria is back to screaming so loud, people are looking at me like I am pinching her on the sly)

I get to the door and I see it is absolutely hailing and raining like nobodies business so there's no way I can carry Aria out. I have to put her back in the carseat that she hates so much and put the rain cover on. The screaming increases and she starts holding her breathe again.

I race back to the car while sweetly saying 'it's ok baby, we're nearly there' when in reality I just want to scream and chuck myself on the floor like a 2 year old. I cannot get the bags in the car quick enough, get her out the carseat and sit in to feed her. Ahh peace. It's ok, it's done now I think myself. And we even have half a smile. 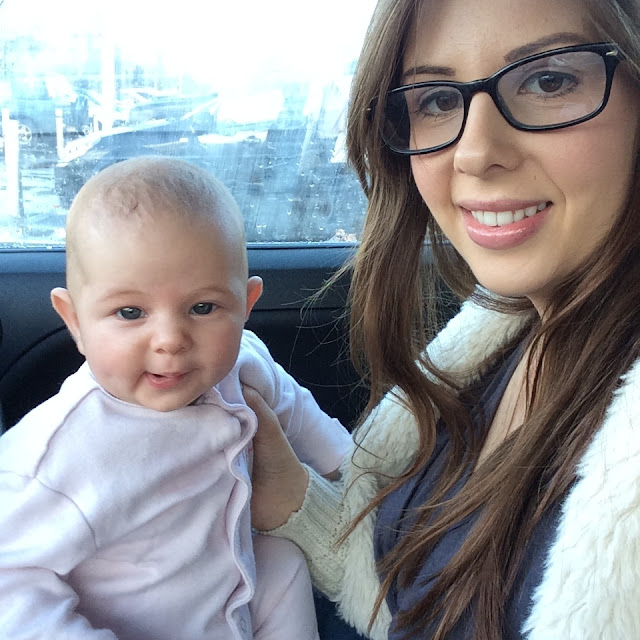 Until I realise I only got almond milk and coffee. The essentials yes, but it's not quite going to feed the family for a week is it?

After feeding and winding Aria.. I head to Aldi as I just can't face going back to Tesco and everyone says it is cheaper anyway. The second I put her back in her carseat the screaming starts again, so I whip out the white noise app and it seems to work...

I get to Aldi and just shove my car in the first space I can find as she is screaming bloody murder again. I know, I think to myself... I'll carry her across to Aldi (now the hail has stopped) and put her in one of those trolley's with the seats on.. she might be happier in that as I know she doesn't like being in the carseat. What a good idea.. I mentally give myself a high five and feel like I've cracked it. 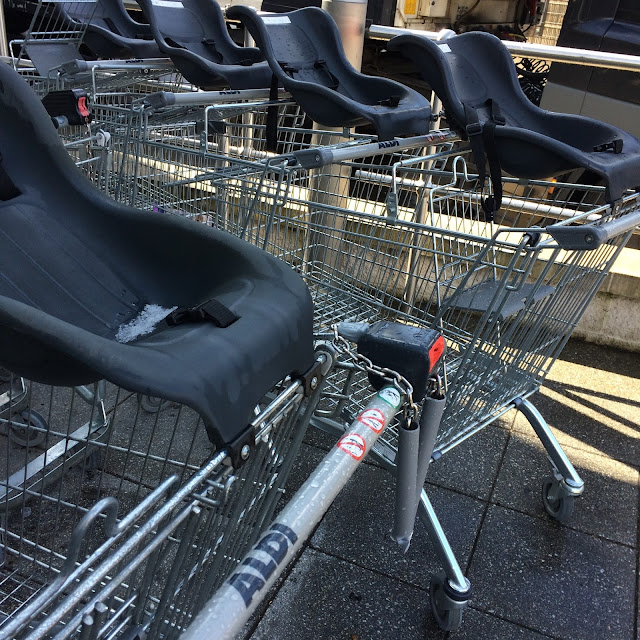 Then I see all the trollies with the baby seats on have been left in the hail and rain. Brilliant.

I'm so angry I just turn round and march back to the car to think of plan F.

Pretend everything that has just happened, hasn't happened and pretend we just got to Aldi to do a food shop. Aria goes back in the carseat with the white noise app and I carry her to a trolley with the carseat holder on and strap it on. I peek into the carseat and she is wide eyed but not screaming. Result.

I manage to do the Aldi shop and she falls asleep and stays asleep, as long as I keep the trolley rocking when I stop to look at something and have the white noise on loud. I get funny looks from everyone else in there as to what that noise is or why I keep trying to trip them up with the trolley.. but I don't care as finally, after 2.5 hours of being out of the house.. it looks like I might just get the food shop done! Getting home and packing it all away is another story though..


PS. if anyone's interested.. My Aldi weekly shop was half the price of my usual online Asda one. But was the stressful morning worth it? I think I'd rather pay for the online convenience!