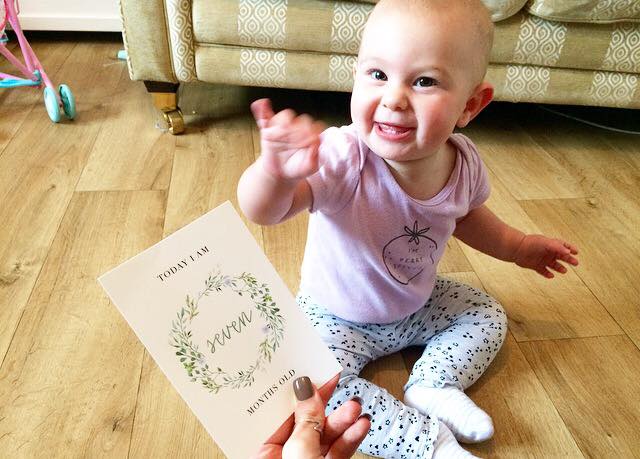 I'm going to do a quick 7 month update on Aria as I just realised I hadn't done it and she's 8 months today, whoops! These few months have whizzed by what with the lead up to the wedding and honeymoon, I feel like I've blinked and she's gone from 6 months to 8! It's madness! 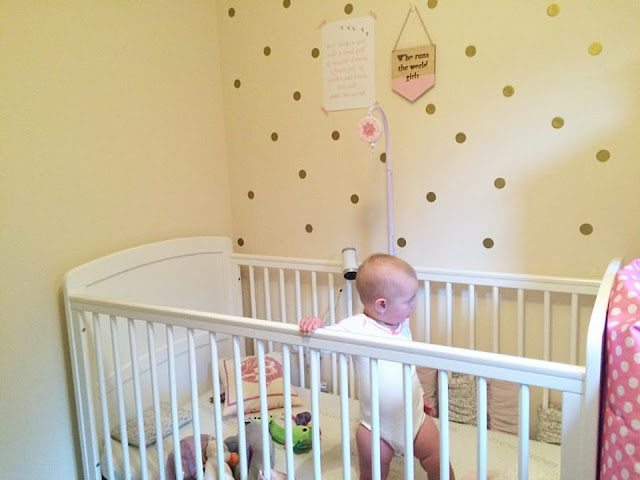 In this last month, Aria has learnt to crawl and pull herself up on anything and everything and now she casually let goes with one hand. She's actually let go with both hands a few times and stand up for a few seconds. It's crazy! I was hoping our second wouldn't be as advanced as Sienna but it seems she can't wait to be able to join in! We're pretty sure she'll be walking around the same time as Sienna (which was 9 months), if not before! Her hair is growing, she has a little fluff head going on, it's so adorable! She has also kind of learnt to clap.. she can seem to do it if she has something in her hands, I say can you clap and she ants them together but she can't figure how to bring her hands together with nothing in them. She has also learnt to really shriek which is lovely of course ;) She also dances to any music.. by dance I mean if she's stood up she will rock from side to side or if she's sat down she jumps up and down on her bum and flaps her hands around. She still seems to love music as much as she did when she was in my tummy! 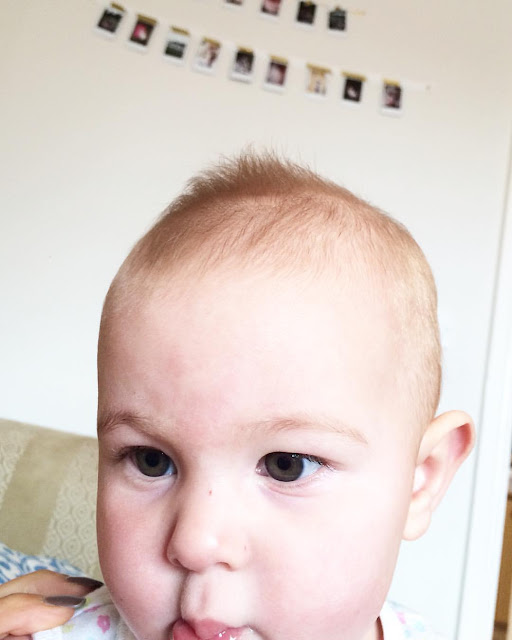 Sleep has been better! Woo! She now will generally only wake once in the night. She goes down about 6:30/7 and wakes around 12/1 and will then sleep through until 6/6:30 which isn't too bad. I mentioned in her 6 month update that she will only go down using white noise for sleep and this is still the case. I tried to stop her as people said she would get used to it and never be able to sleep without it but then she wouldn't sleep at all and everyone was grumpy so I gave in. I found Fade Away Sleep Sounds and have been using that. The main reason I switched to using this one is because as well as the baby sleep sounds to soothe, it also helps wean them off the sounds as the tracks gradually fade away at the end, so that baby can eventually fall to sleep on their own. It's made me feel so much better about using white noise again as it is designed to help her get to sleep on her own as well. I also love that they offer more 'grown up' sounds such as oceans, rivers and thunderstorms as I can't stand the noise of the hairdryer or vacuum! If you haven't tried white noise or the Fade Away Sleep Sounds, I highly recommend giving it a go. It's the only thing that will work for Aria! 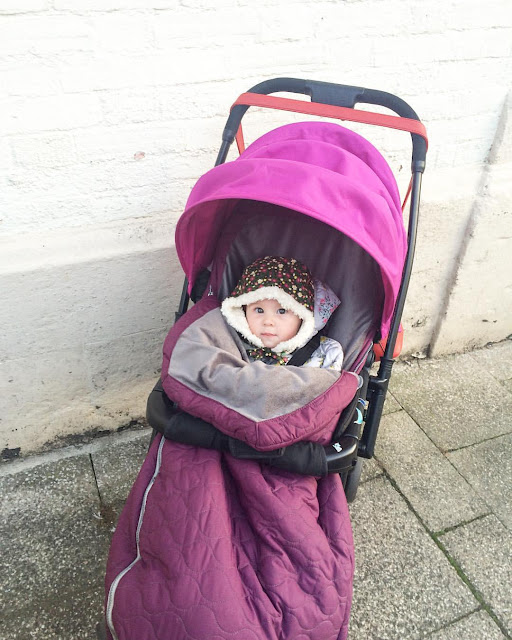 Eating is going so well, she loves most foods and will have a go at anything. We;re still 100% babbled weaning and she seems to love it. Her pincher grip is amazing and she has no problem picking up peas and shovelling them in! She generally eats whatever we eat, the only 'baby food' I buy is some apple flavoured rice cakes and the organic ginger bread men. I try to give her these if we have dessert as I don't want her having proper sugary dessert yet! They're also an easy on-the-go snack to take in my changing bag.She still not a fan of milk, she rarely finished a bottle and is having about 5 in 24 hours but generally will leave a good couple ounces in each one, so she's probably only drinking 3-4 7oz bottles in 24 hours. She's still putting on weight though so I'm not too worried! 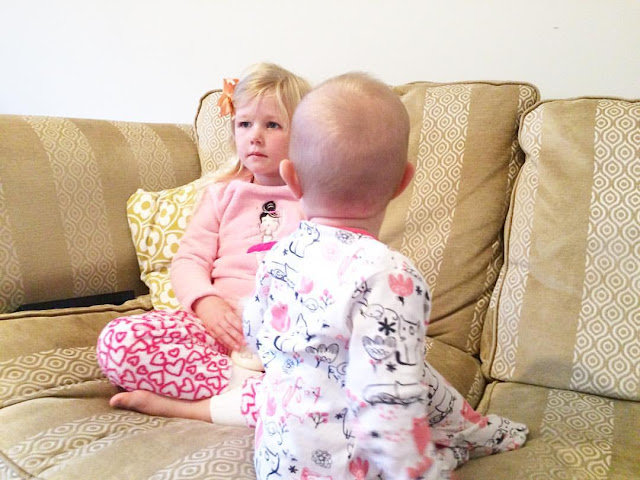