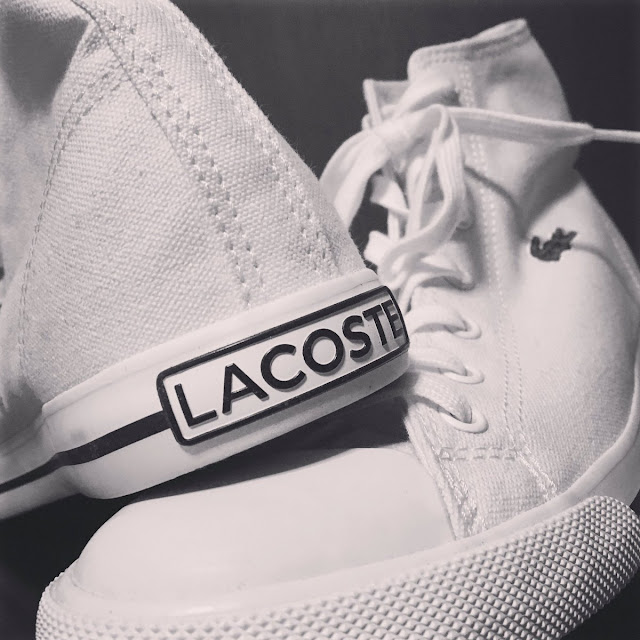 When was the last time you thought about Lacoste? Most of us probably remember them as the brand with little gator on the shirts that tennis pros and golfers wear, and maybe some of the preppy boys from the early 2000s. And the majority of us could probably identify their signature scents, given how school-aged boys liked to douse themselves in it in lieu of a shower.

But if you're like me, the familiarity ends there. Over the years the brand sort of fell by the wayside. It was something considered more functional than fashionable, and when it was in fashion, it felt like Polo's less attractive alternate. It just wasn't the same.

But today, I'm seeing the brand just about everywhere. Apparently, Lacoste has started a resurgence that has some fashionistas revisiting the style from their school days. A recent exposé on Lacoste from Fortune provided insight into the brand's recent revitalization back into the world of high-fashion, undeniably thanks in large part to the athleisure trend.

By closing stores, and redirecting their focus on "less fashion, more elegance," Lacoste is challenging brands like Adidas and Nike with an upscale athleisure alternative.


The majority of their clothes stick to classic polos and well-fitted tops. But they're also peppering in some new, crush-worthy styles. The current Lacoste selection on Lyst highlights several new pieces from the brand, including current trends like A-line midi skirts and several pairs of athletic pants. Of course, it doesn't hurt that one of their signature styles, bright white sneakers, made a huge comeback this year. That one they just got lucky with.

And the changes don't end with new athleisure pieces. Lacoste is also expanding their name by using their athleisure rebranding initiative on a global level. In another highly publicised move, the brand recently won the 2024 Olympic and Paralympic bid according to a report from WWD.

Lacoste's chief executive officer, Thierry Guibert, told WWD, "We are proud to support those who carry the French colours for the Paris 2024 bid. Inspired by sport, our collection embodies to perfection the idea of French chic in an elegant, relaxed way.”

Hmm...chic, elegant, and relaxed? Sounds like some crave-worthy athleisure styles to me.

It might be time to revisit the brand. None of us are probably participating in 2024 Olympics, but the very least, it's always fun to reminisce about your school days, right?

*in collaboration with Stacy Jameson