Disney on Ice with a toddler!

Last Wednesday evening, we were invited to see Disney on Ice at the Cardiff Motor point arena and being such big Disney fans, we couldn't turn the opportunity down! We had VIP meet and greet tickets as well, meaning we could meet Mickey & Minnie before and have a picture with them. The girls also got goodie bags complete with Donald duck cuddly toys, Disney colouring books, Disney on Ice books, little dish snacks and a bookmark, amazing! 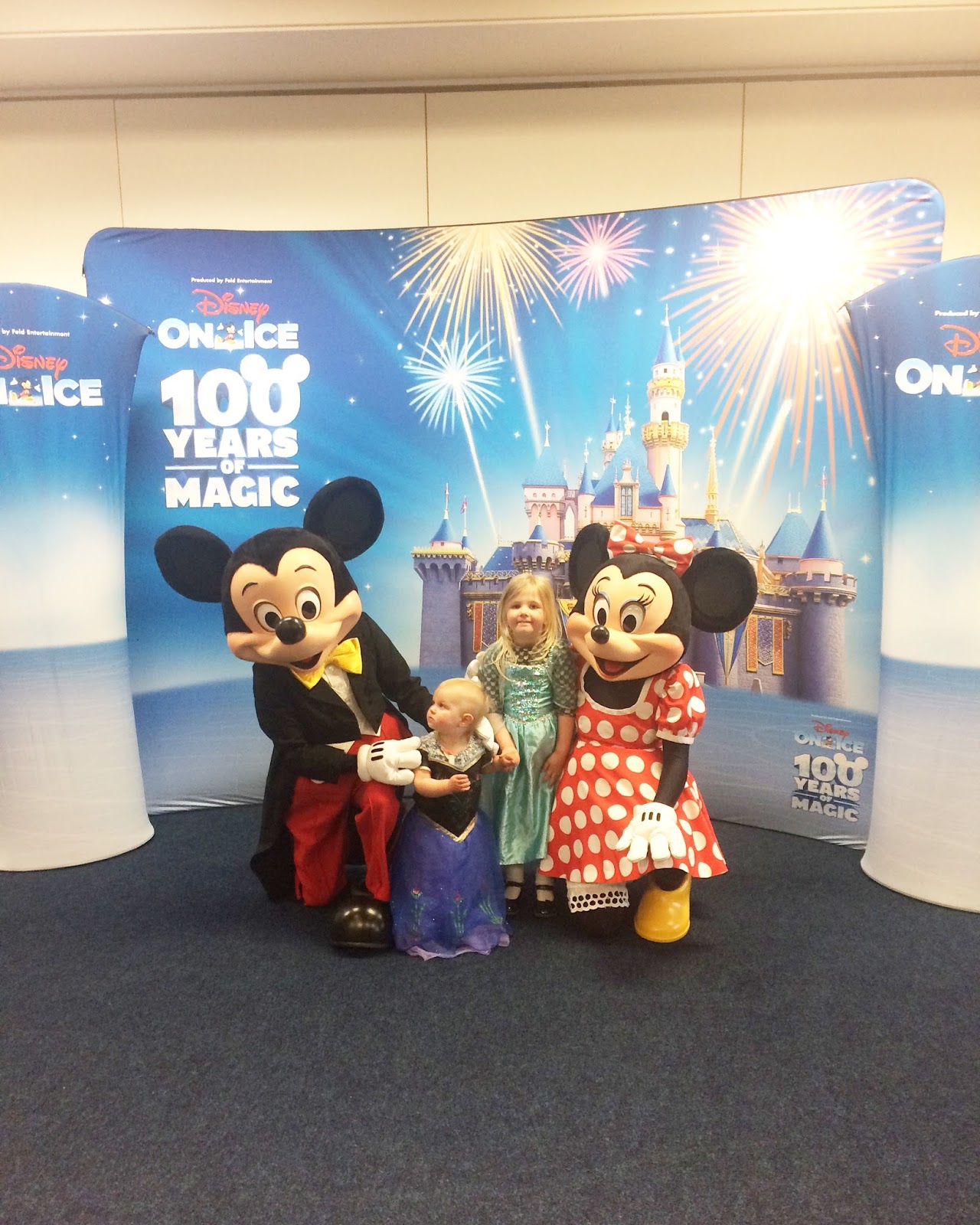 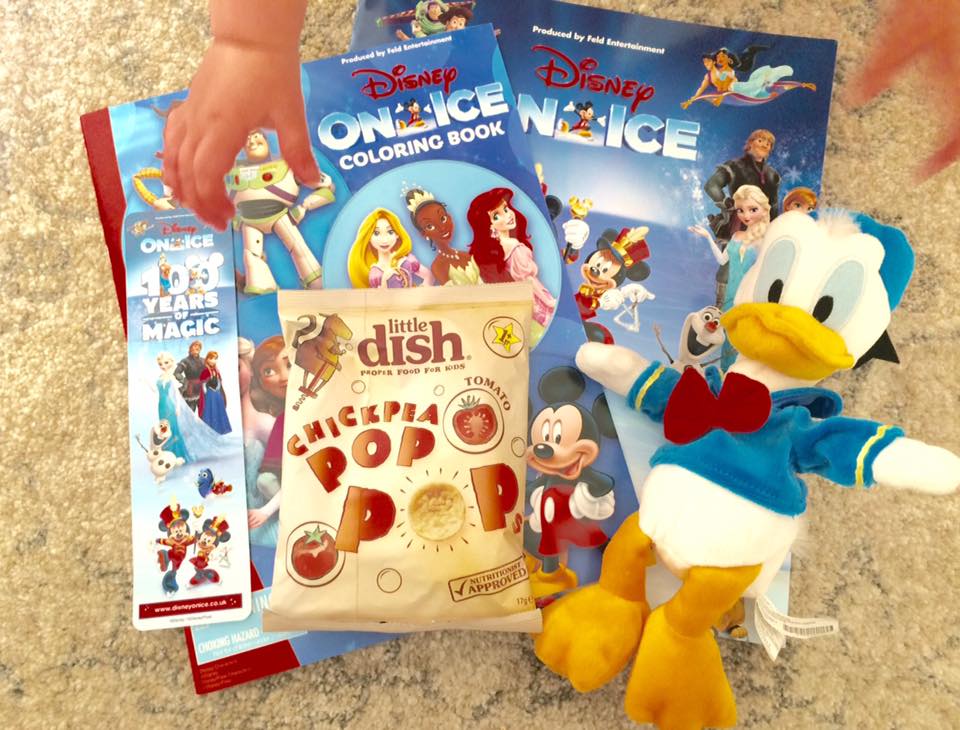 When Sienna found out where we were going she was SO excited bless her. She wanted to dress up as Elsa and I couldn't help but put Aria in the Anna costume.. my little Elsa & Anna looked so adorable! We hit lots of traffic on our way to Cardiff & we were almost late.. we were the last in the queue to get a picture with Mickey & Minnie but at least we got one! 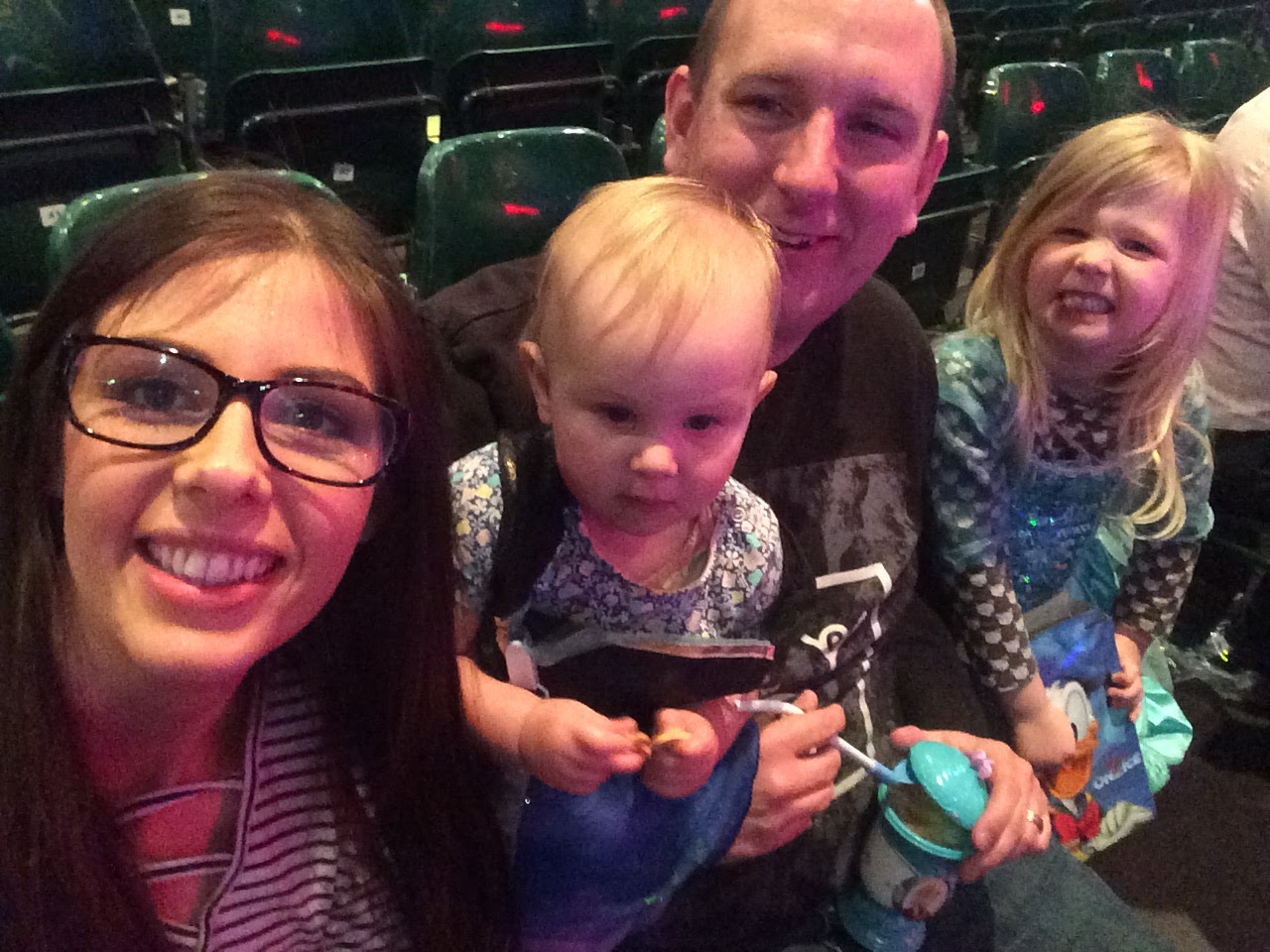 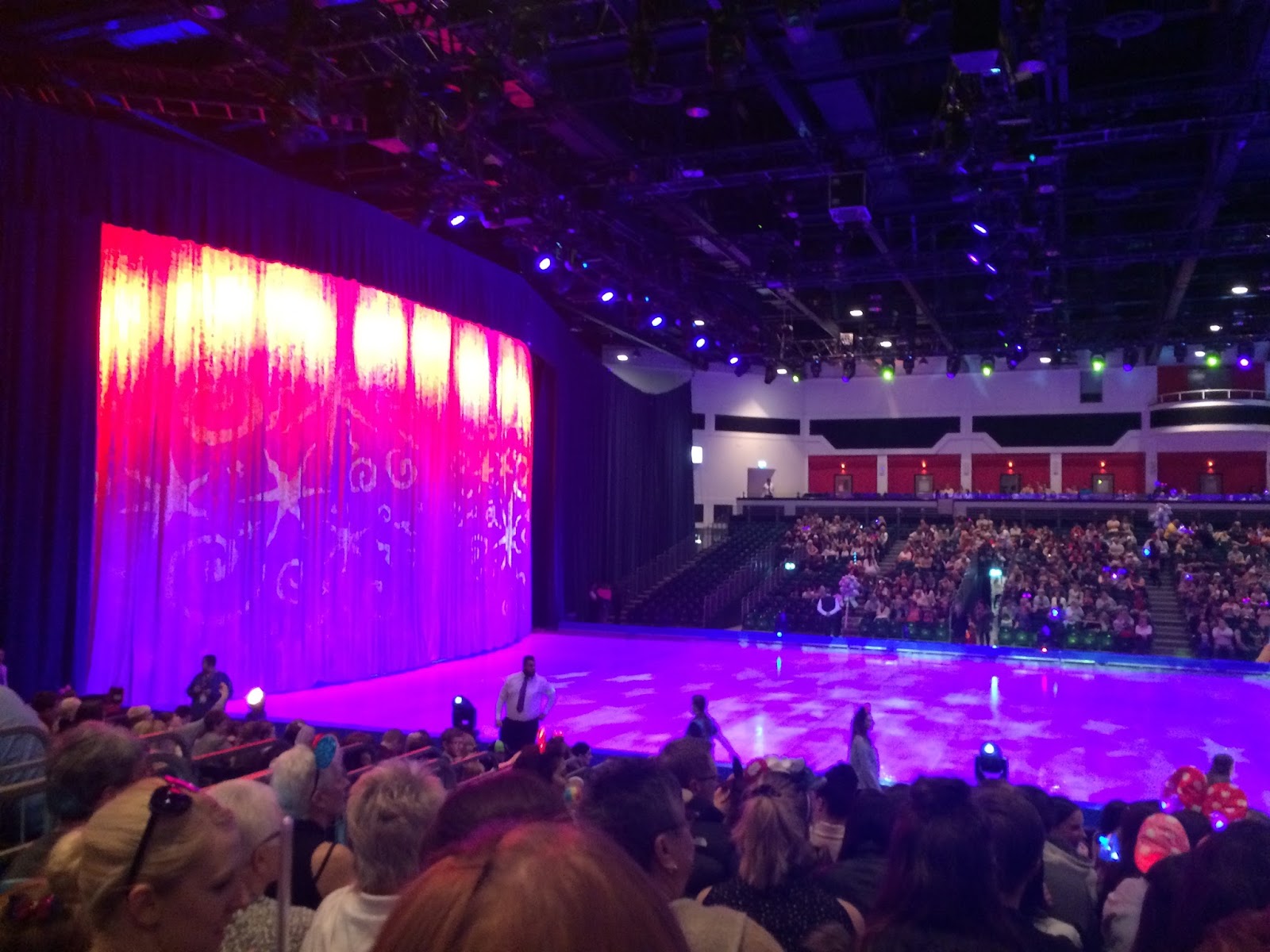 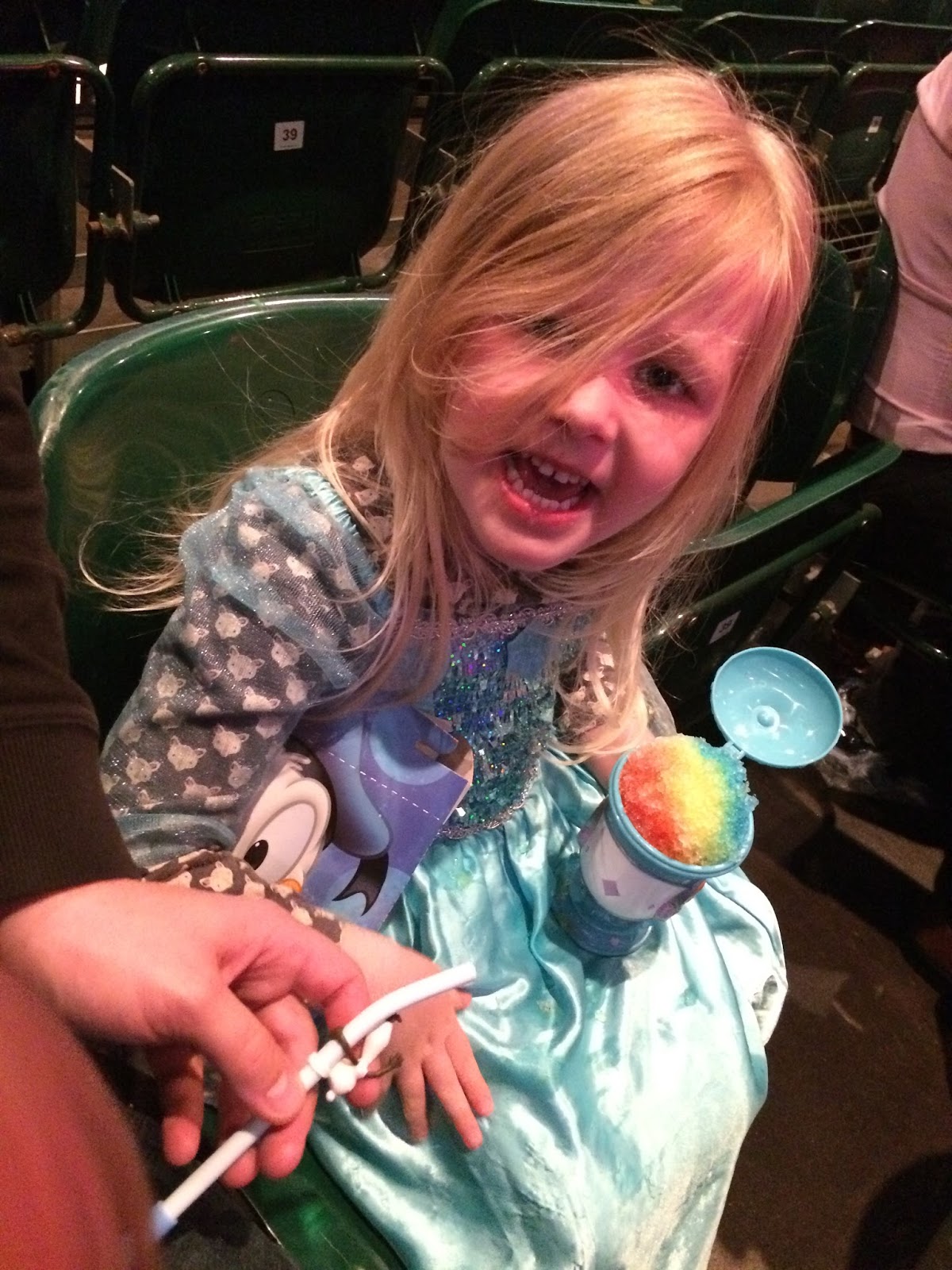 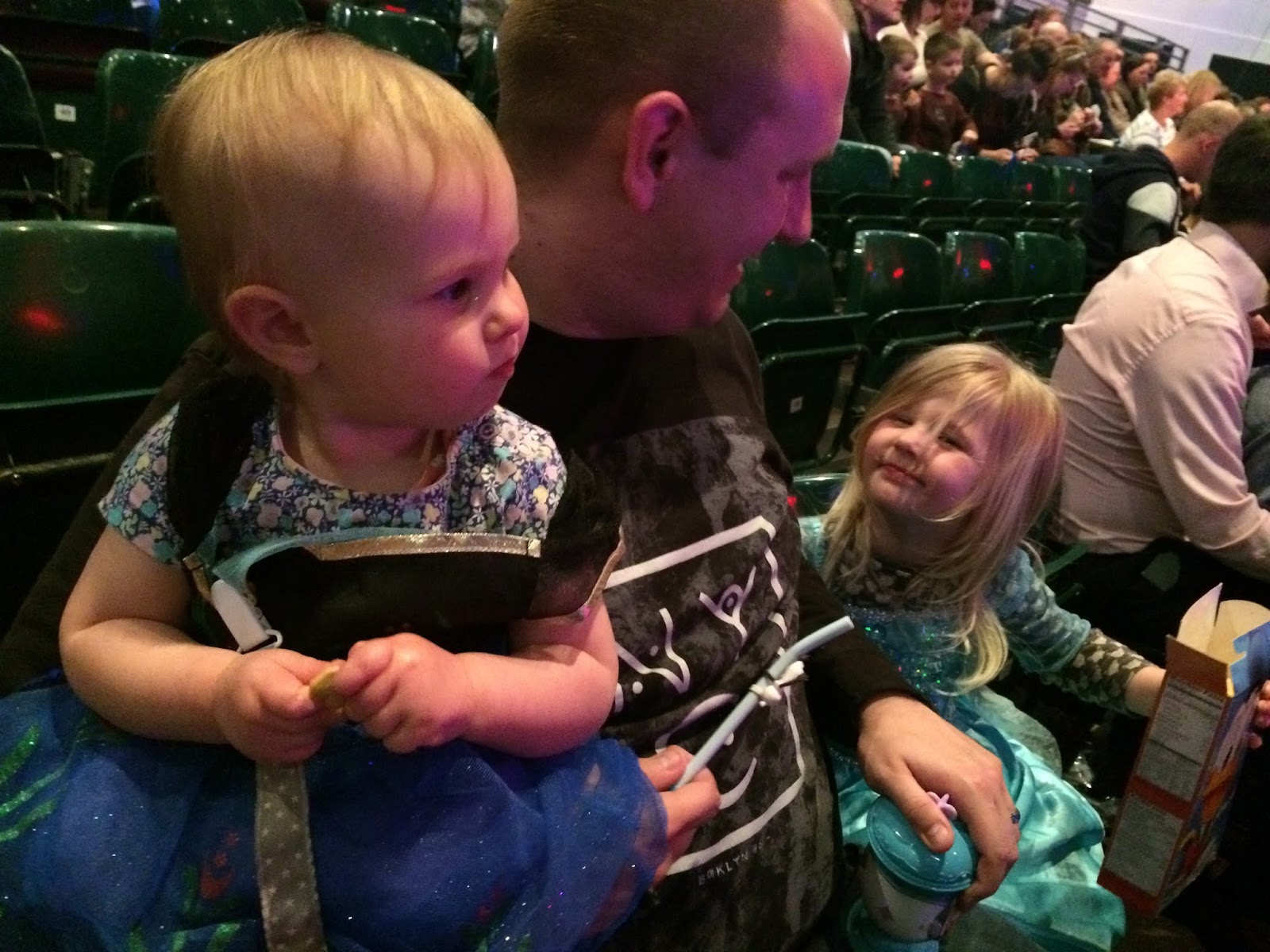 I was a little anxious about taking our youngest Aria to watch a show as she's only 13 months old and to say she doesn't sit still is an understatement! It also started at 6:30pm which is usually her bedtime so I was worried she'd be too grumpy and tired. For us, Cardiff is 2 hours away so I didn't put her down for her afternoon nap and she napped the first hour in the car which helped. Before the show started, we got some snacks and drinks to help keep both of them occupied which worked really well actually! We got Sienna one of the slushy ice drinks in a Frozen cup and bought an empty Rapunzel cup for Aria. We spooned some slush into Aria's cup for her to eat with her spoon and it was a good distraction and kept her happy.

We were sat on Block A, Row R and seats 40-44 and we had quite a good view I'd say. I was also glad my one year old had her own seat as she wasn't happy on my lap and wanted to sit next to her big sister. We didn't have anyone in the 2 rows behind so half way through I let her stand on her chair to watch which helped distract her and change her position as well. We also alternated laps between me & my husband. 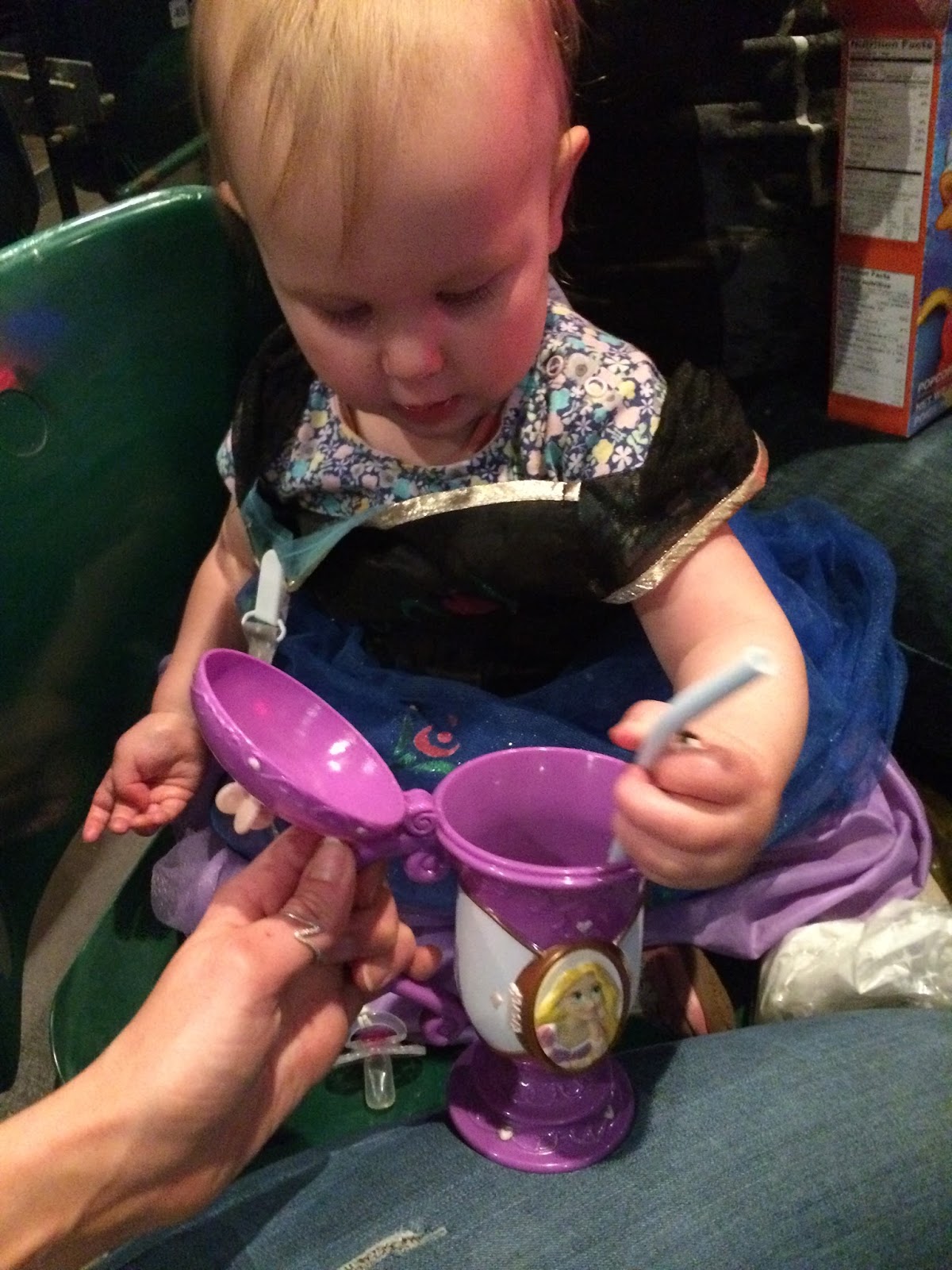 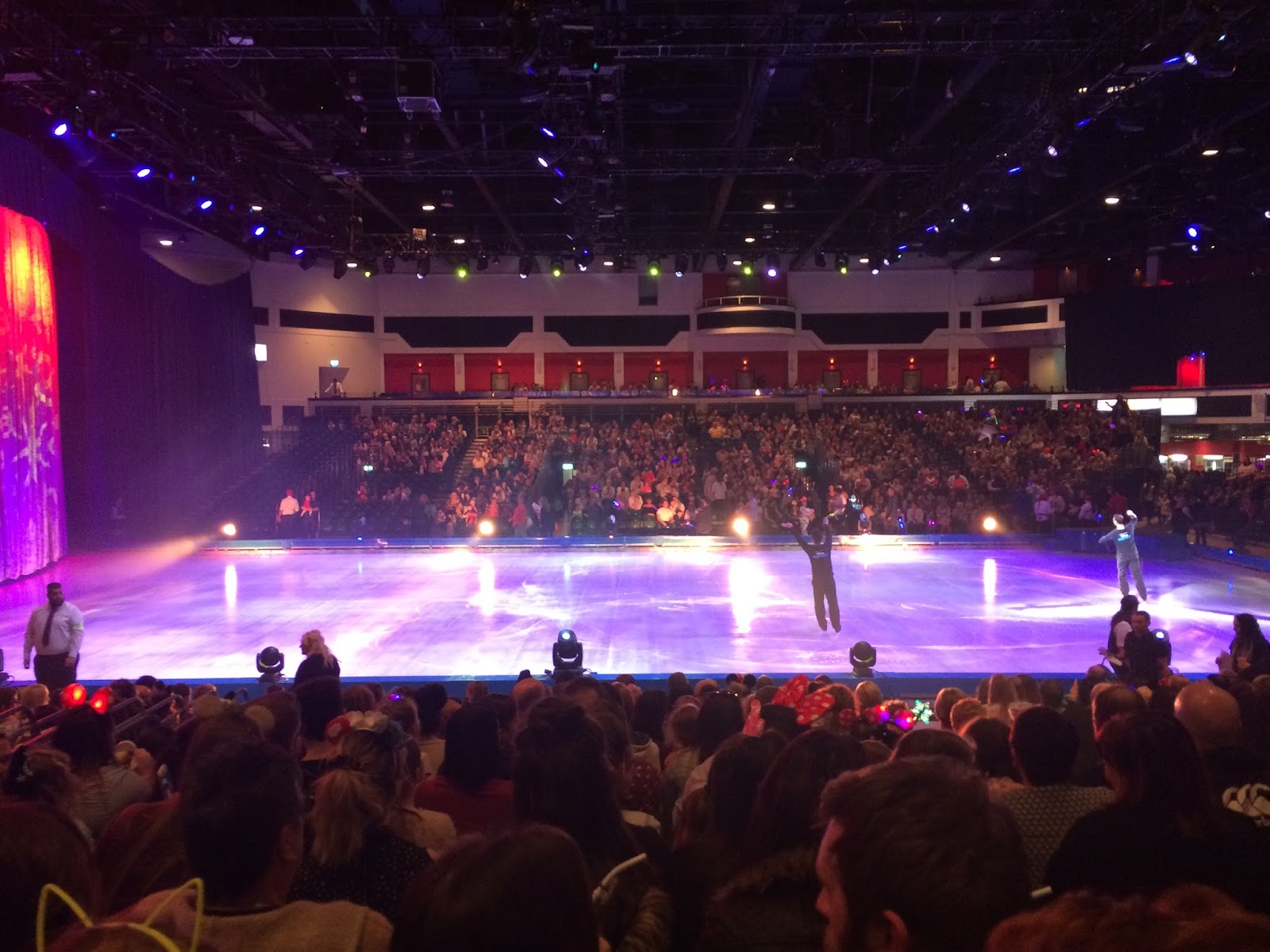 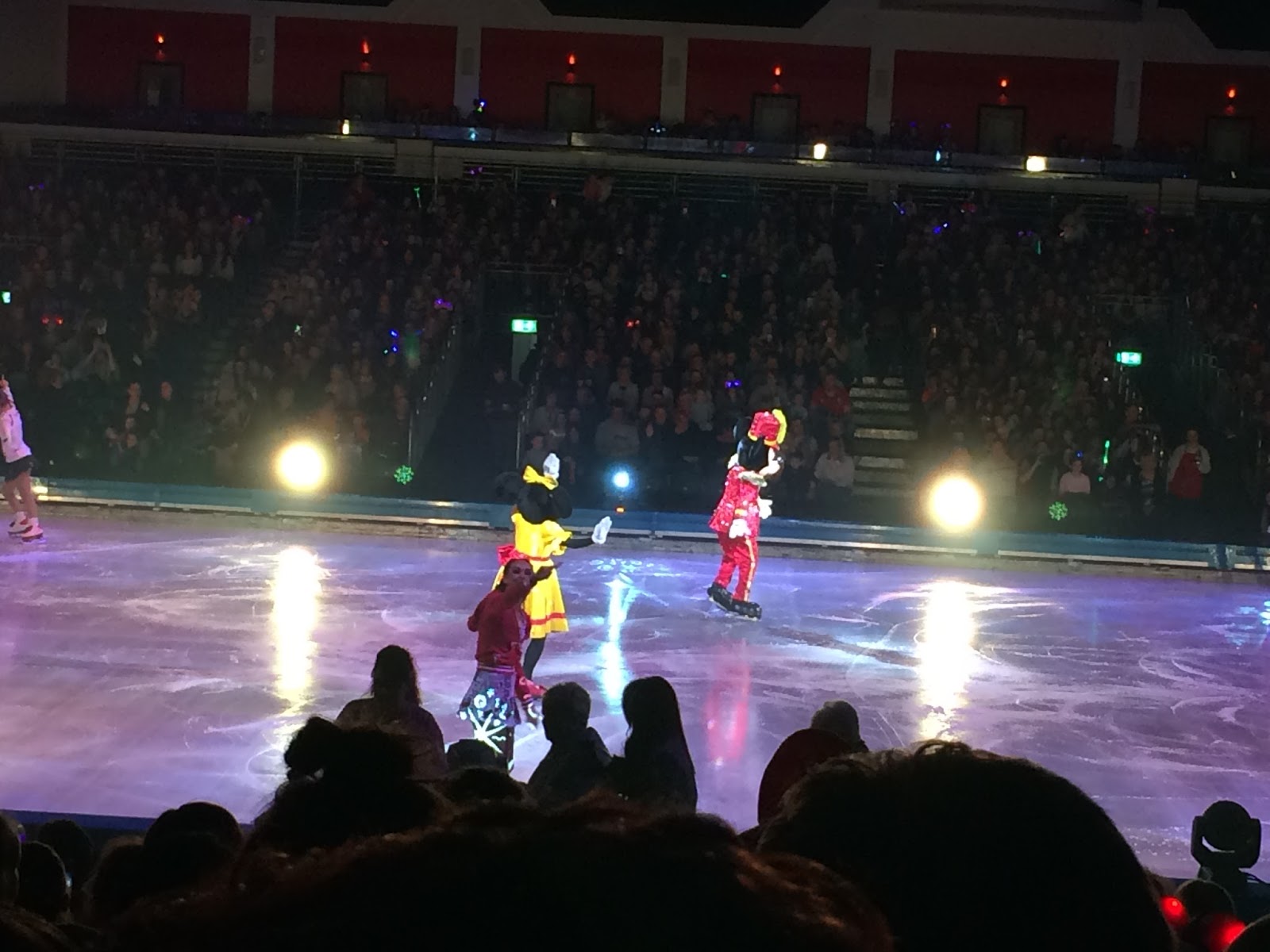 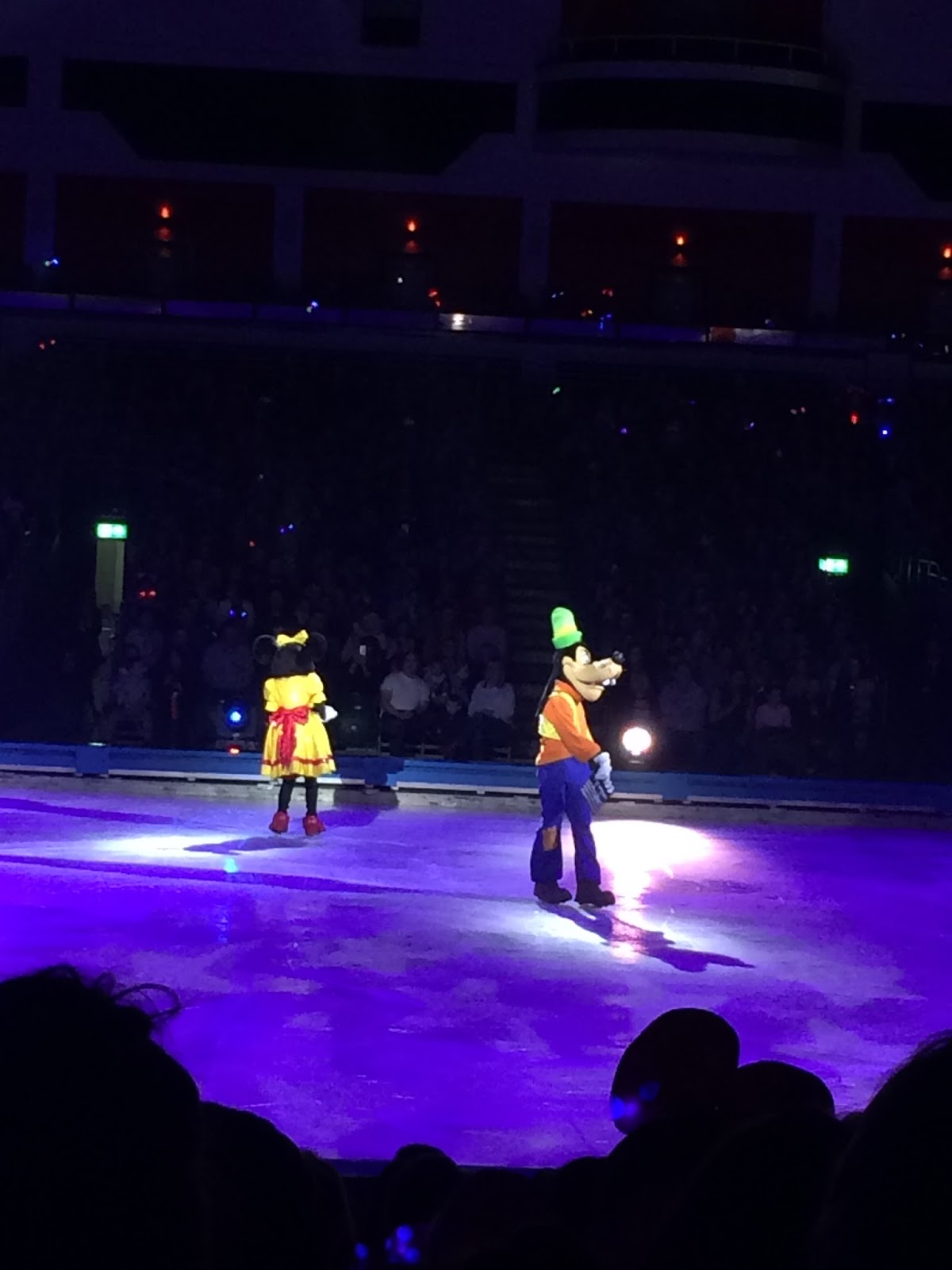 The show was absolutely brilliant, all the characters are so enthusiastic, the costumes are great and they act out the scenes of the movies so well! The kids recognised the scenes straight away and sang along with the songs. The staging and props were amazing too, we especially loved when it started snowing during the Frozen scene.. and not to mention the skating is phenomenal. Our one year old actually sat mesmerised by it all for the first 40 minutes which shows how magical it is ;) 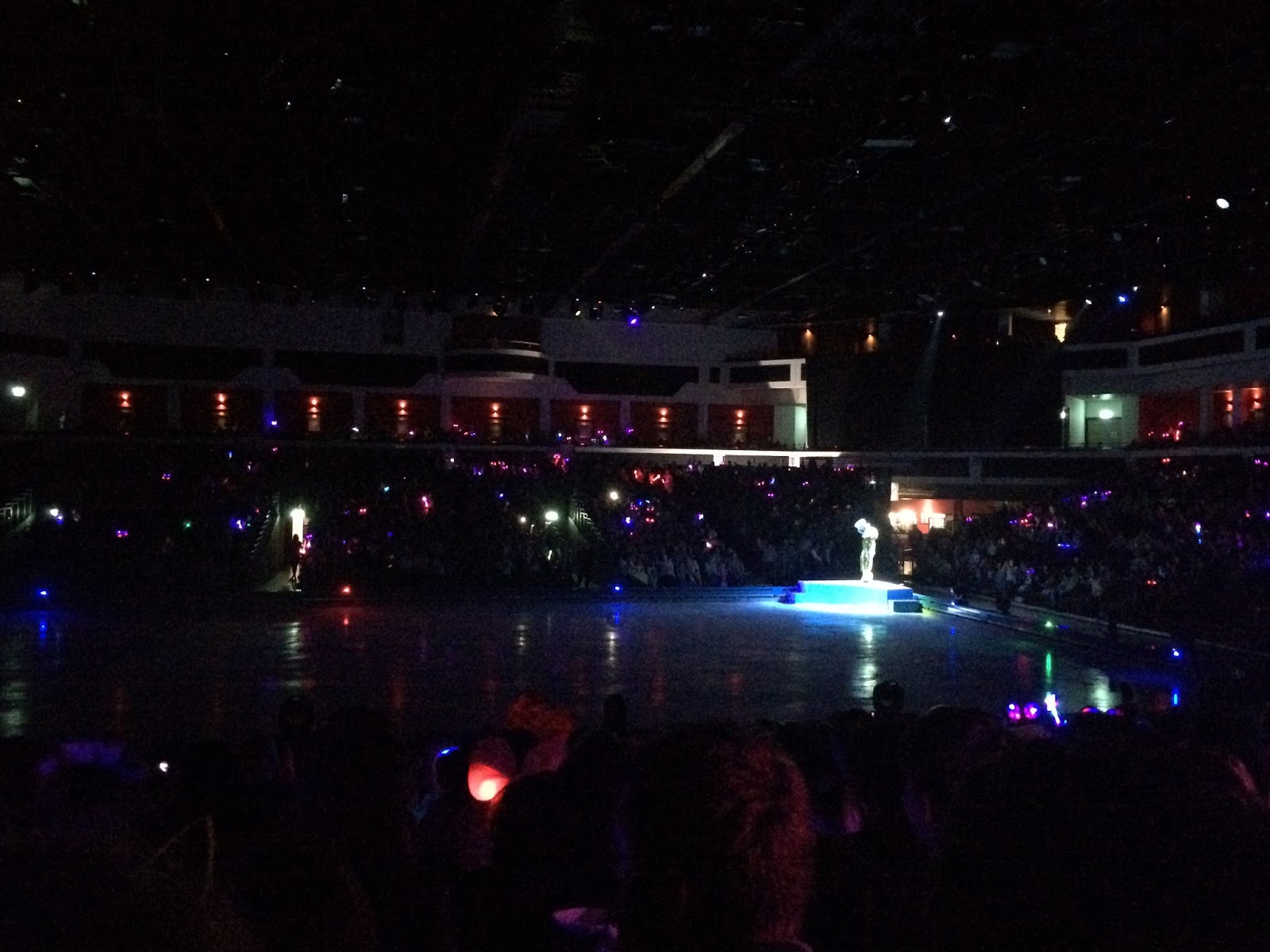 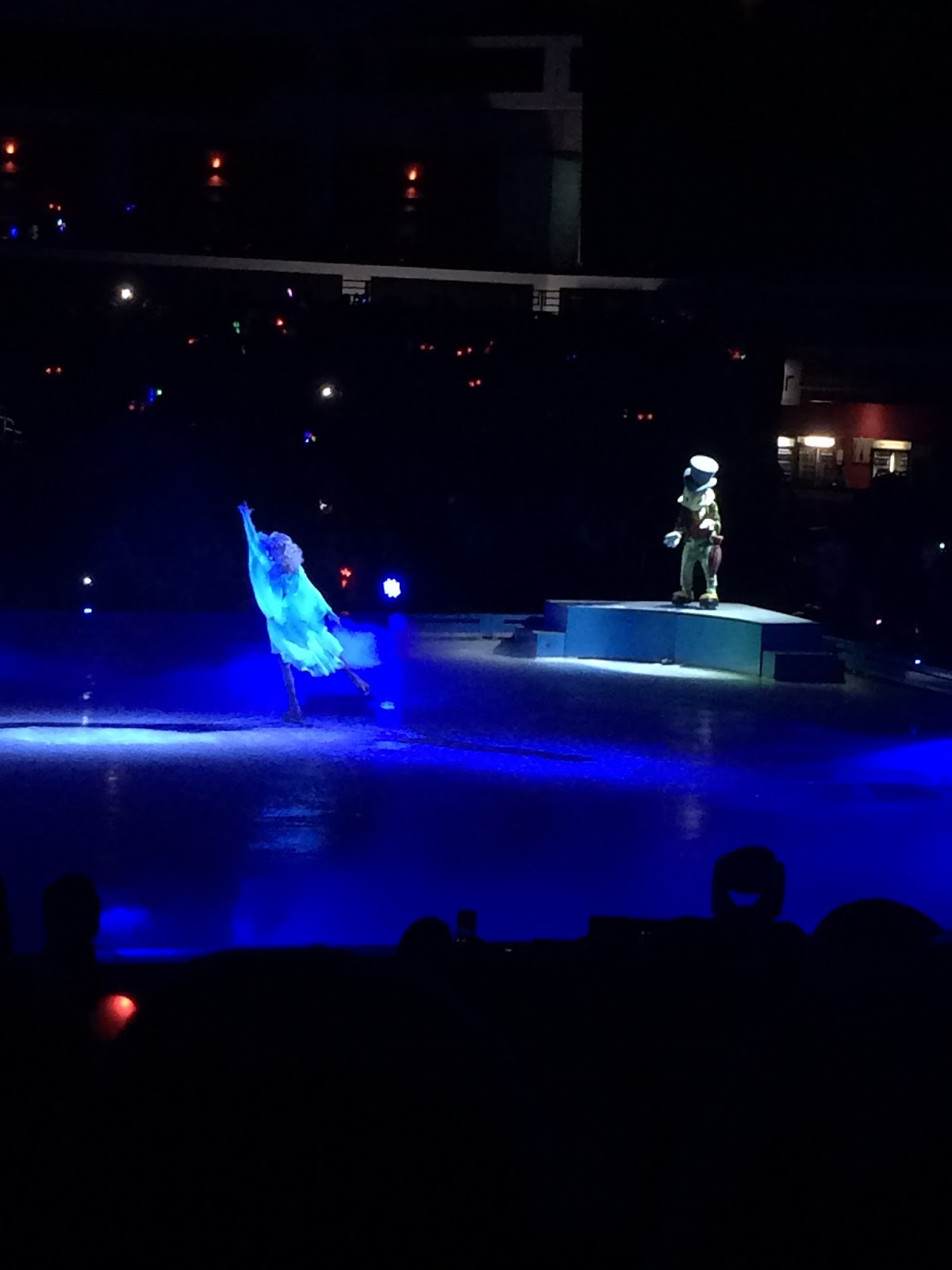 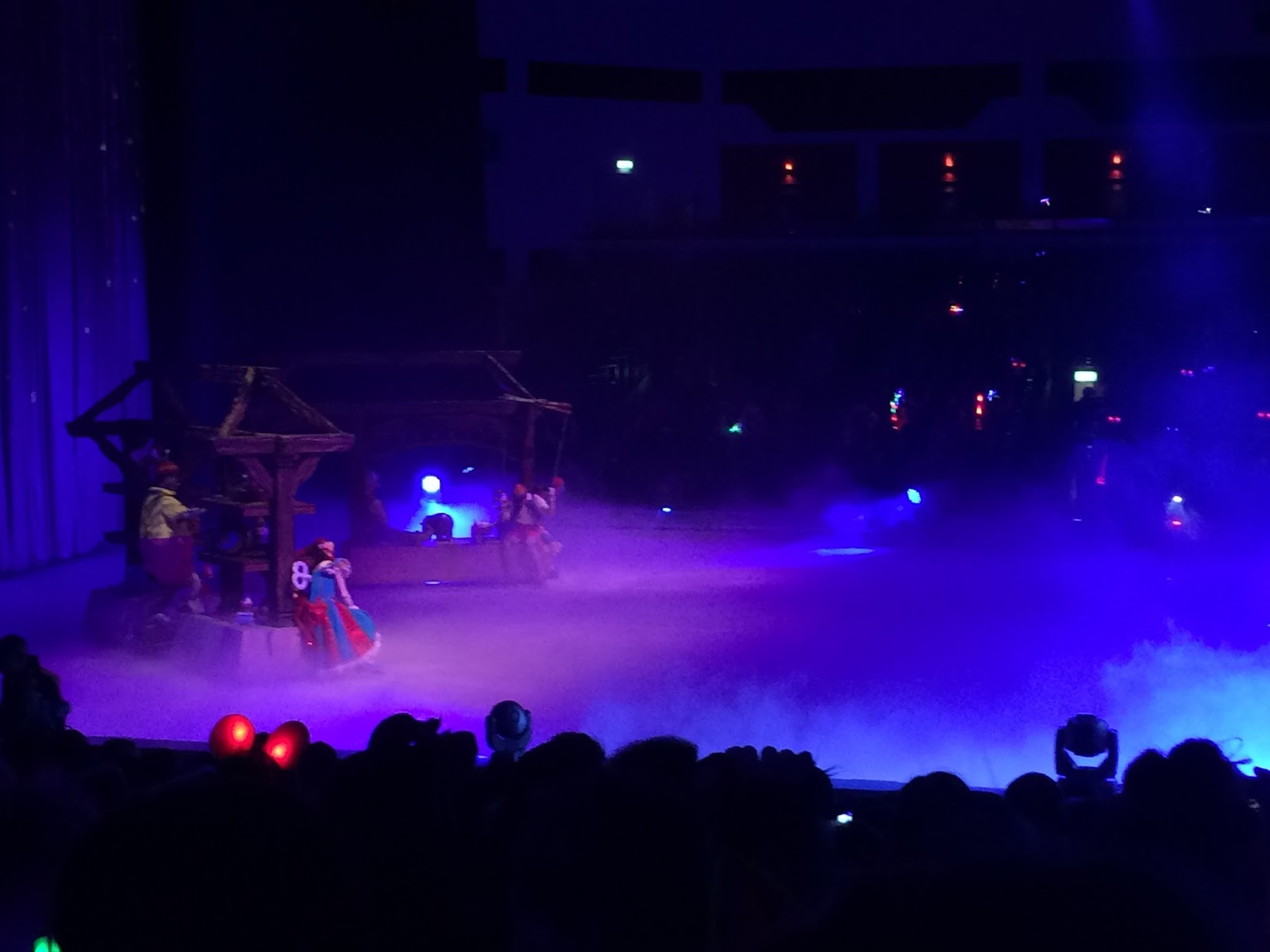 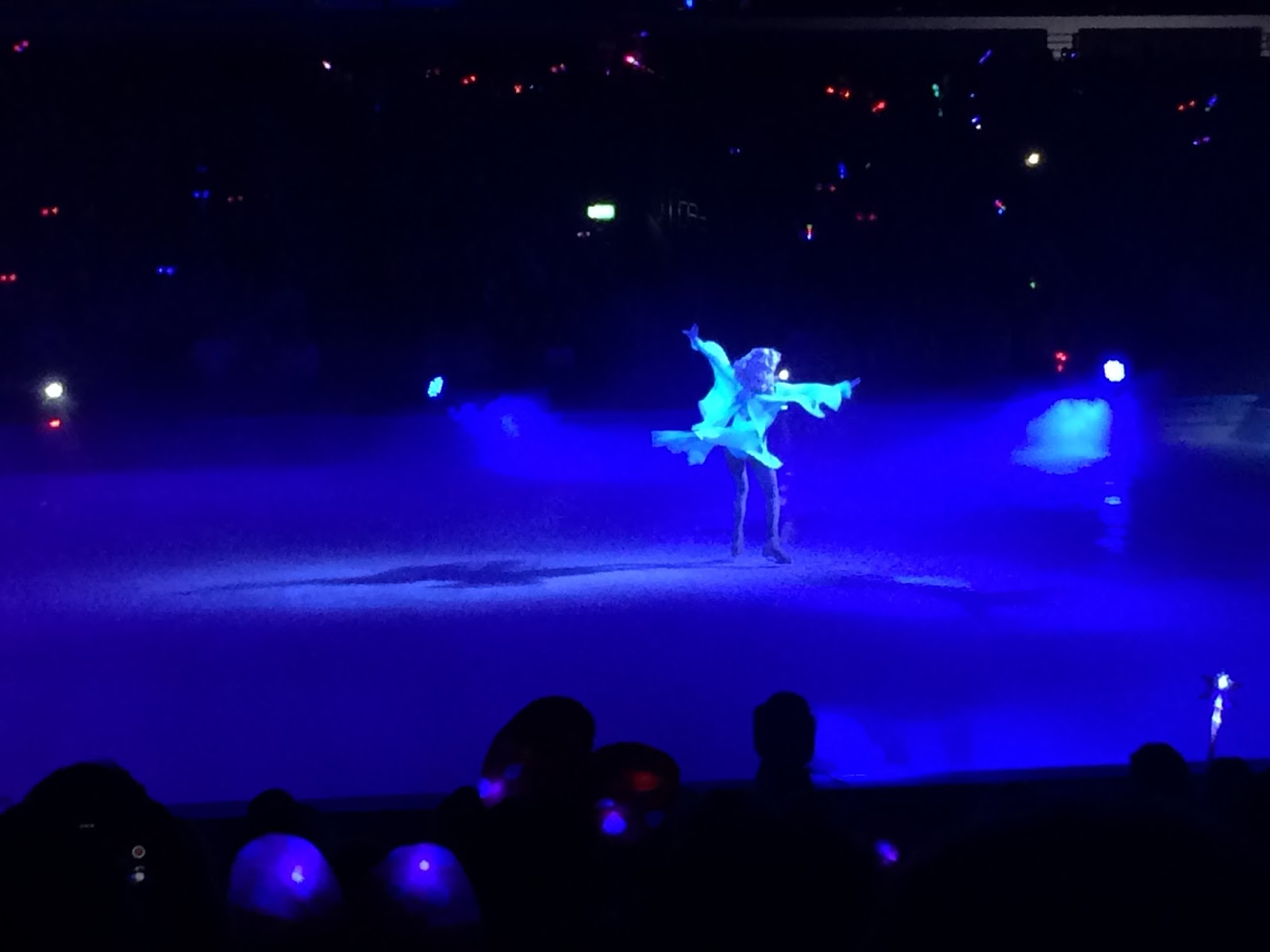 Aria started getting a little antsy towards the 50 minute mark but the interval came after 1 hour so it wasn't too bad. Kids were encouraged to dance and sing along anyway so it wasn't like we had to keep her quiet and still. During the break, we needed the toilet but the queues were huge as you'd expect. I made sure to let her stretch her legs and have a little run around even though it was busy, I kept a close eye on her!

A down side for us was that during the short break, we didn't manage to locate a baby change. I queued for ages at the disabled toilets thinking there may be one in there but there wasn't. I had to crouch down and do her nappy on my lap, so not ideal! I know this is to do with the venue rather than the show but still something to bear in mind if you are taking younger children. I actually queued so long, that we missed the first 5 minutes of the second half. 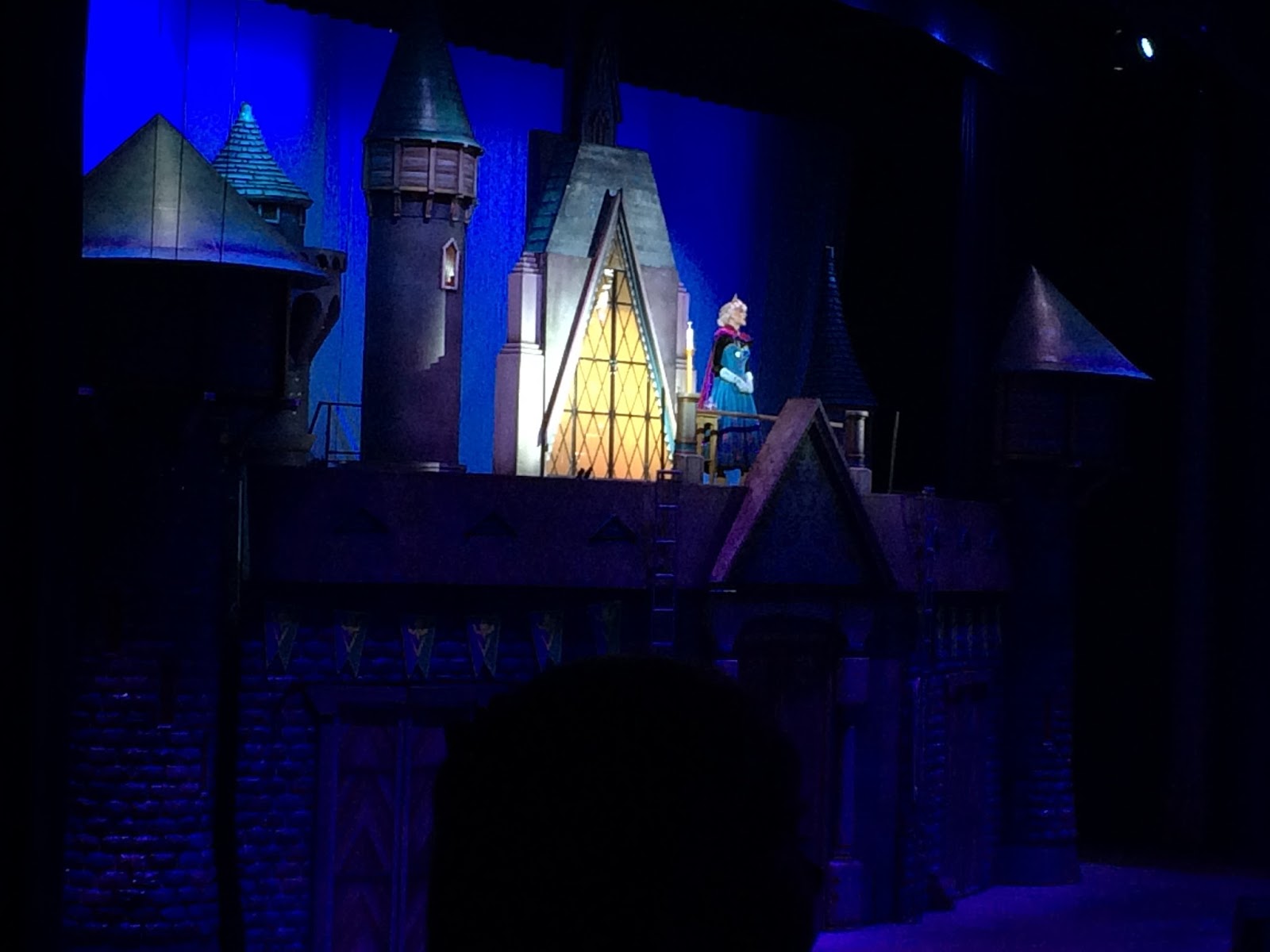 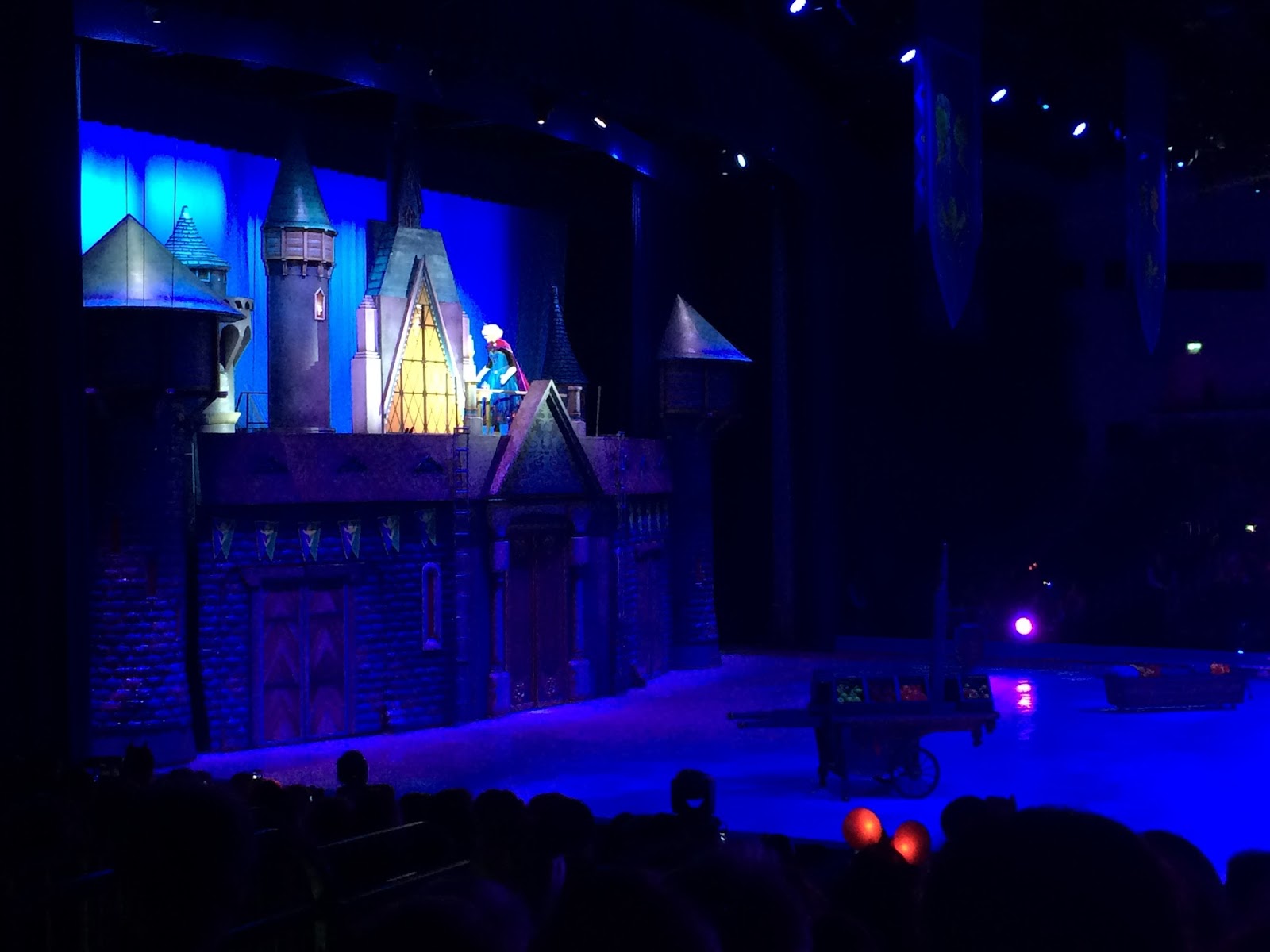 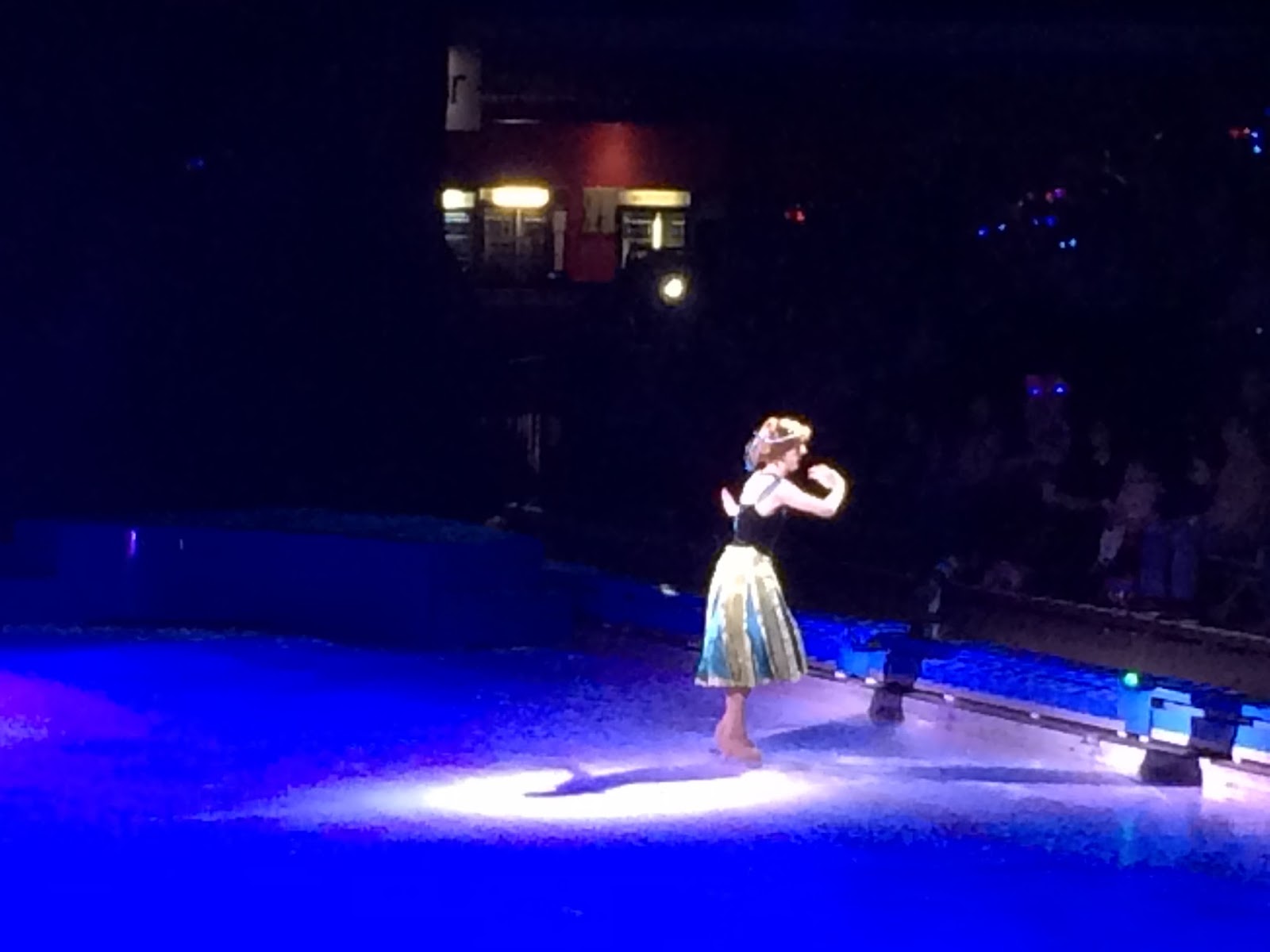 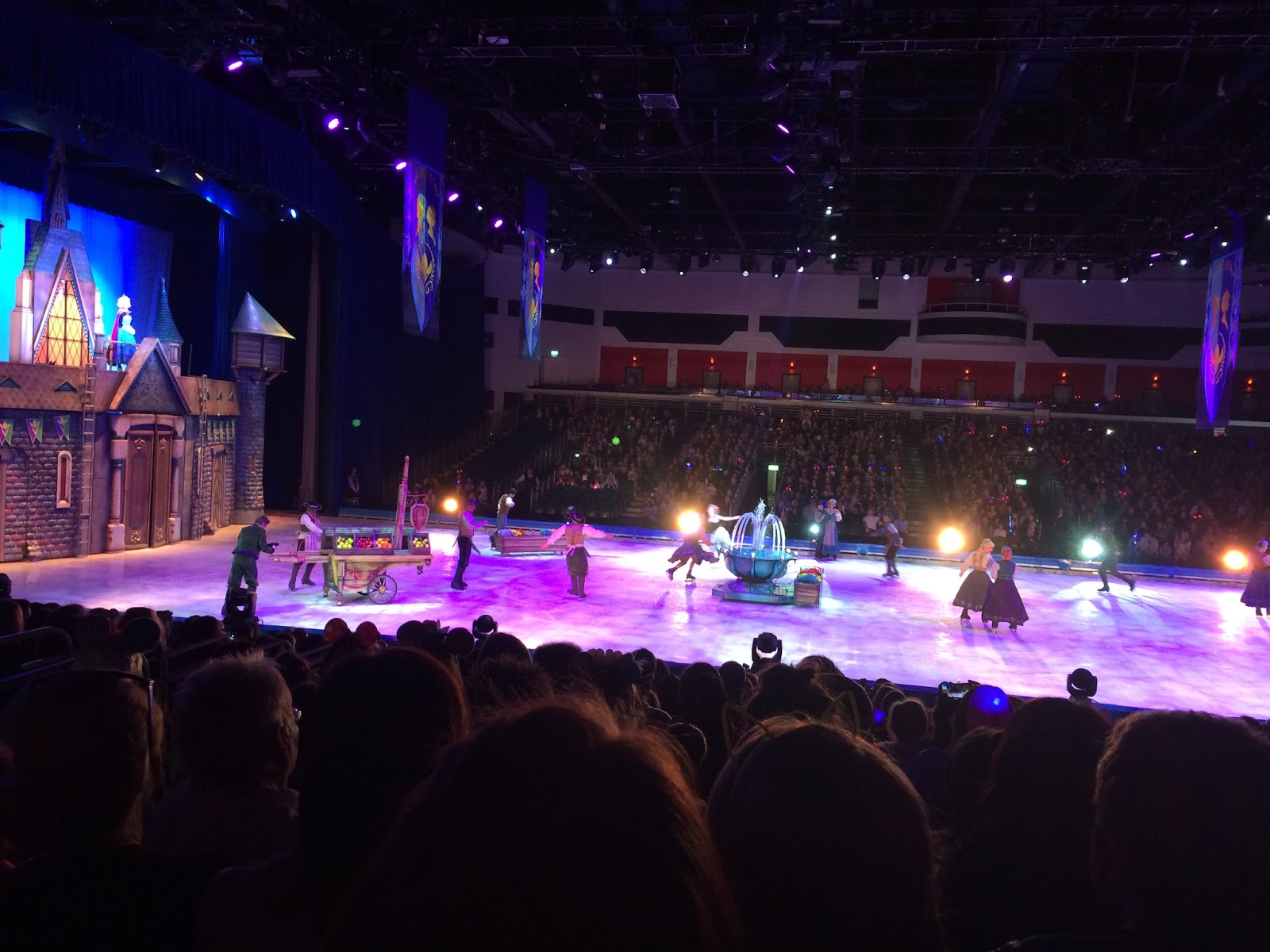 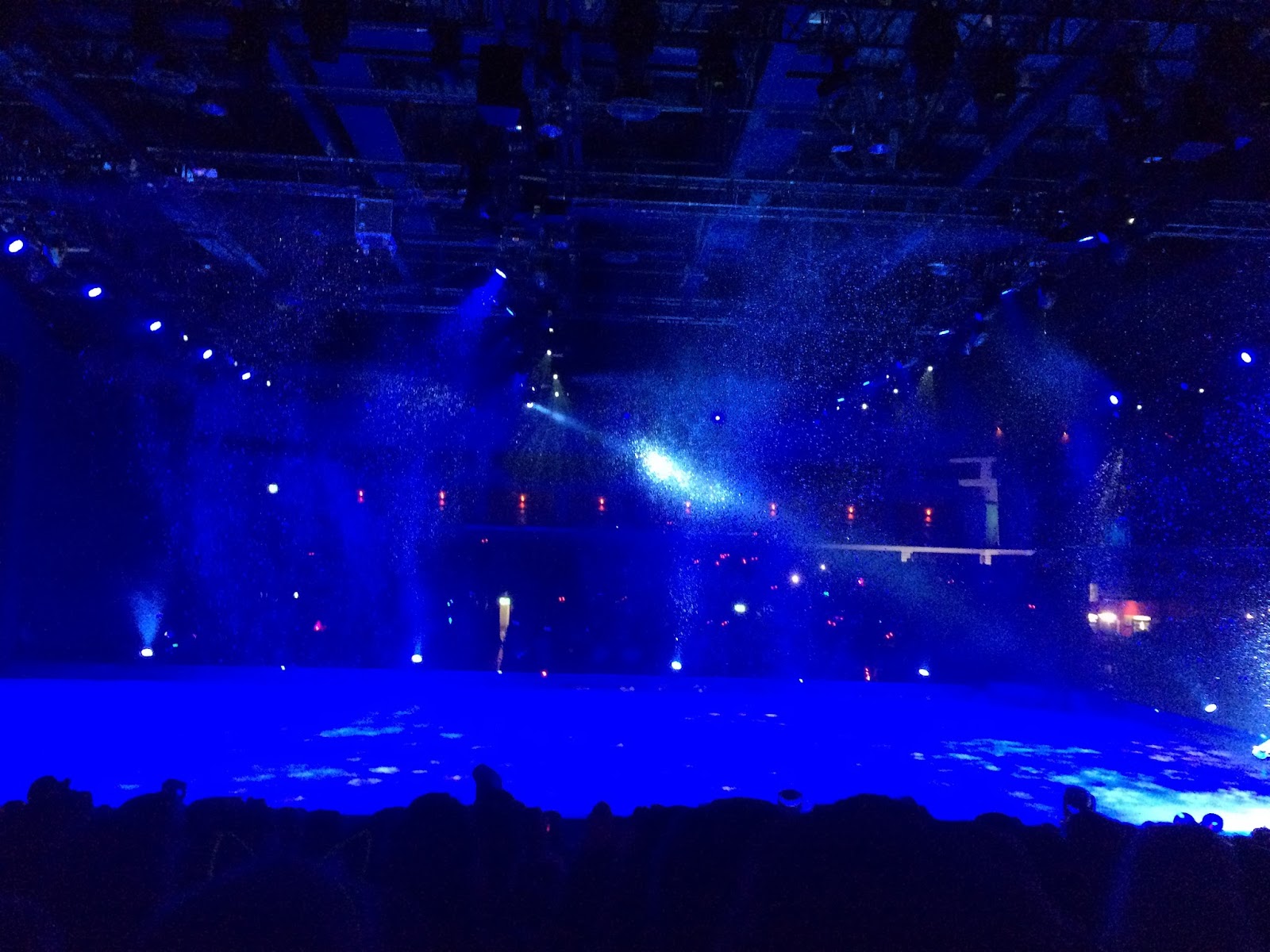 The second half was only about 40 minutes long which seemed to whizz by (especially as we missed the first bit!), so the show finished around 8:30pm which wasn't too bad.

We had an absolute blast.. we left a little tired and dishevelled with a 2 hour drive home ahead of us but we left with happy hearts & memories made!

Tips for Disney on Ice with a toddler..

- Book them their own seat, it gives them a bit more freedom to move around,
-If you can, choose aisle seats so it's easier to get in and out if they do get too bored,
-If you can, book the VIP meet & greet tickets, totally worth it in my opinion, it adds to the whole magical element of it all!
-If they're in nappies.. try to locate a baby change in the venue beforehand so you don't waste interval time looking for it.. if there isn't one, make sure you have a changing mat and be prepared to change it in the foyer. I would leave 5 minutes before the interval starts so it's quieter,
-If it's due to start around your toddler's bed time, try to put them down for a later nap in the day, so they go a bit longer in the evening,
- Buy snacks and drinks to keep them happy & occupied (the slush drink we got was actually refillable for free if you wanted),
- Try and let them stretch their legs and have a run around during the interval, but keep a close eye on them as it's super busy!
- There are some pyrotechnics.. it was pretty mild, she didn't cry but it did make Aria jump a few times and we had to reassure her with smiles and clapping. This is something to keep in mind if your child might be sensitive to things like this.
- Get excited too. Aria's face lit up when she saw us all enjoying it so much, she was mimicking our reactions, clapping and singing and dancing. It helps keep the engaged and entertained.
- If it's going to be a later night than usually for them, take their pyjamas and change them either in the interval if you have time or when you get back to the car. We didn't get home until about half 11 but she slept most of the way home and then we just transferred her to her cot with minimal interruption. 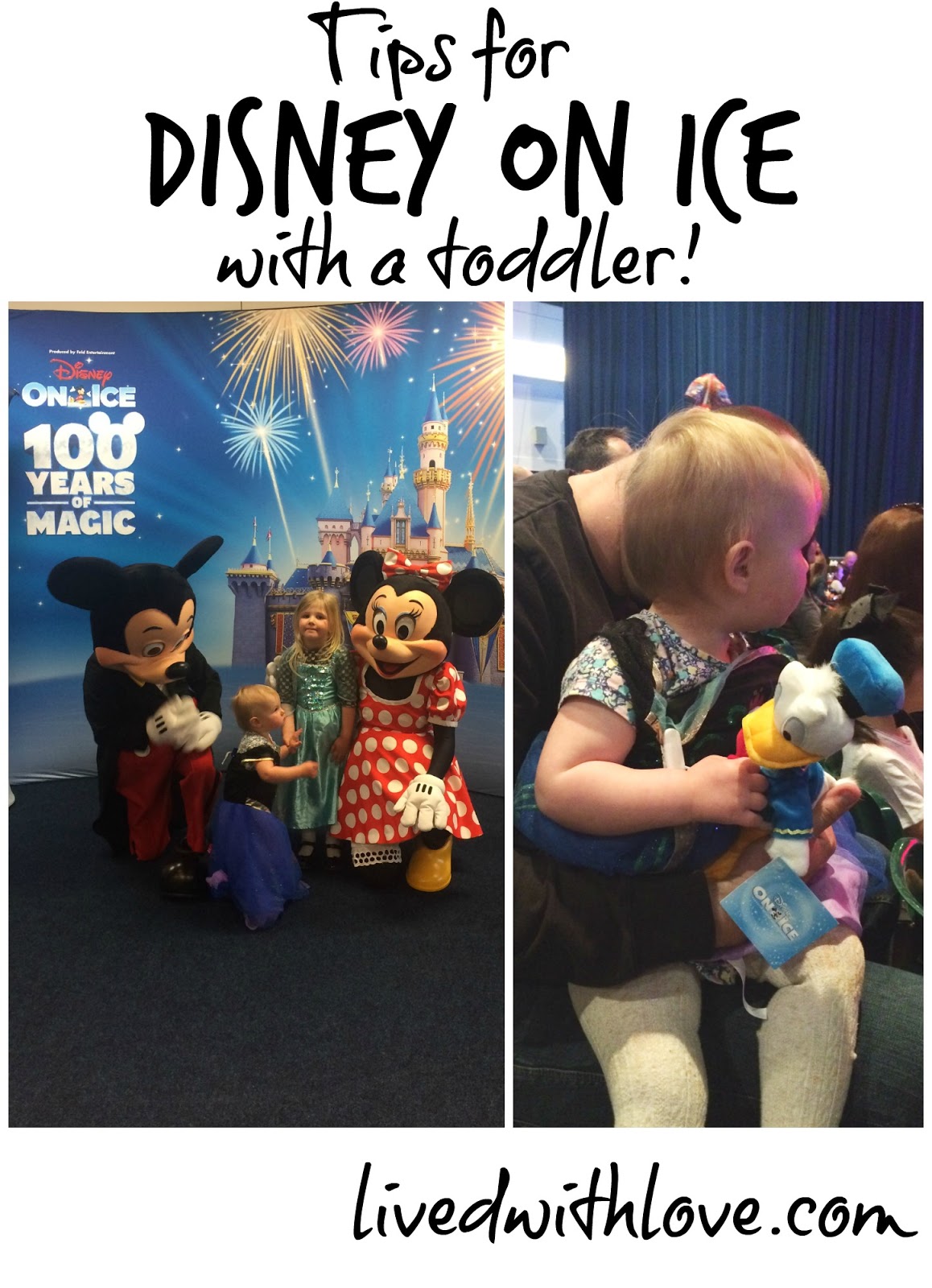 So if you're wondering wether or not to take your toddler to Disney on Ice, I'd say go for it! I can't imagine Aria missing out, she loved it just as much as the rest of us!

Here's our footage from the day; 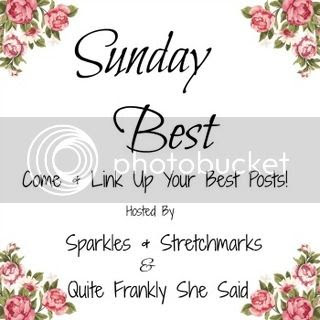 *We were given complimentary tickets to review the experience but all thoughts are honest & my own.