We've been travelling quite a lot this year.. we are trying to squeeze as much in as possible before Sienna starts school and before we only have the half terms and summer holidays to play with. We've already been to France and had a UK staycation in Weymouth and we have the best one still to come - Disneyland Paris at the end of August! 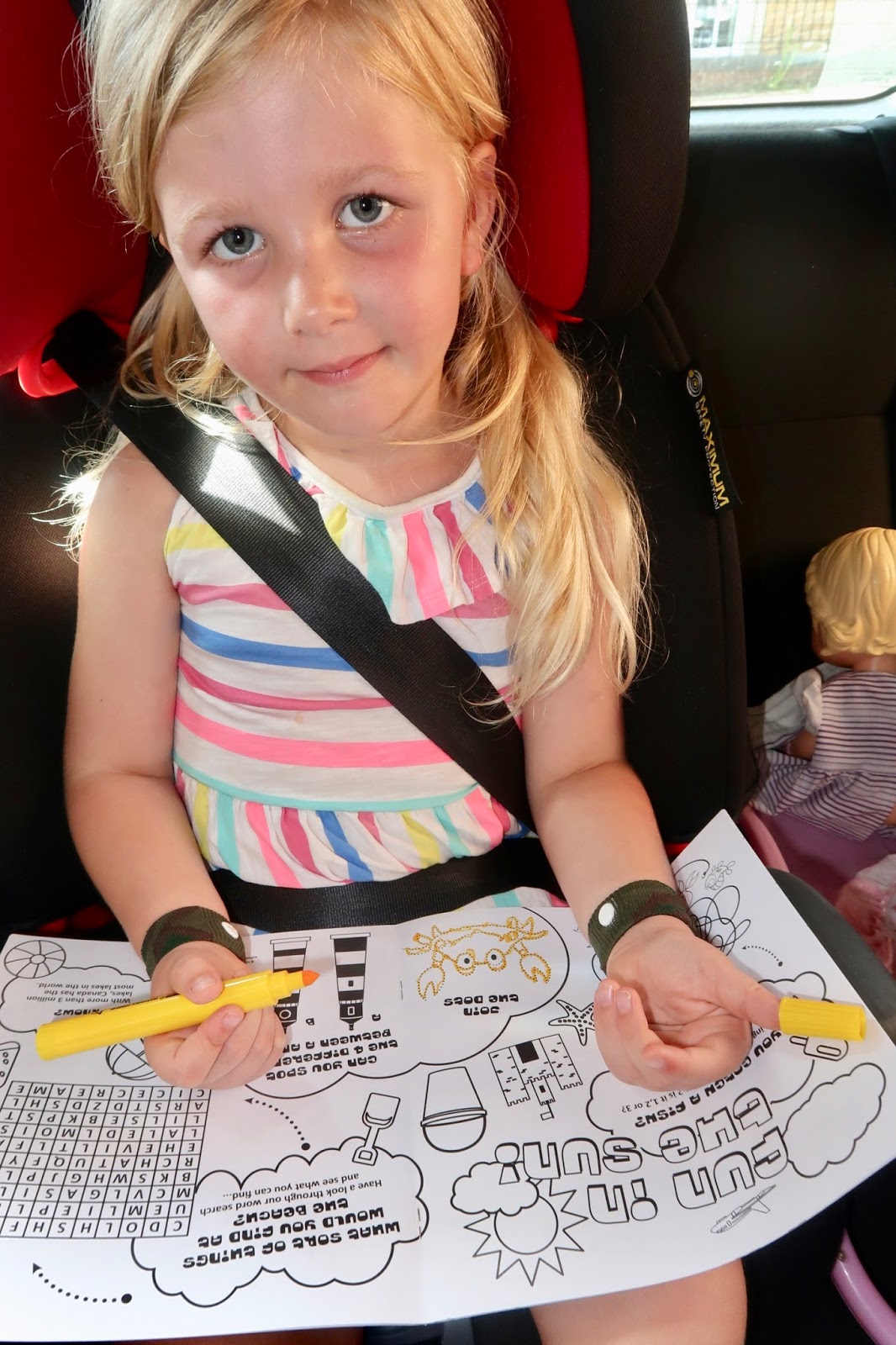 While both girls love exploring, the travel side can be a bit stressful as Sienna has suffered with travel sickness ever since being a baby. I can't count the amount of long journeys we went on that ended in Sienna throwing up before we realised it was travel sickness. Now that she is slightly older, it has calmed down a little bit and she's generally ok if it's only a couple of hours. However, saying that, she did suffer a little bit in Weymouth and said her tummy started hurting...We only had a plastic bag to hand but luckily the nausea passed when we stopped for fresh air. 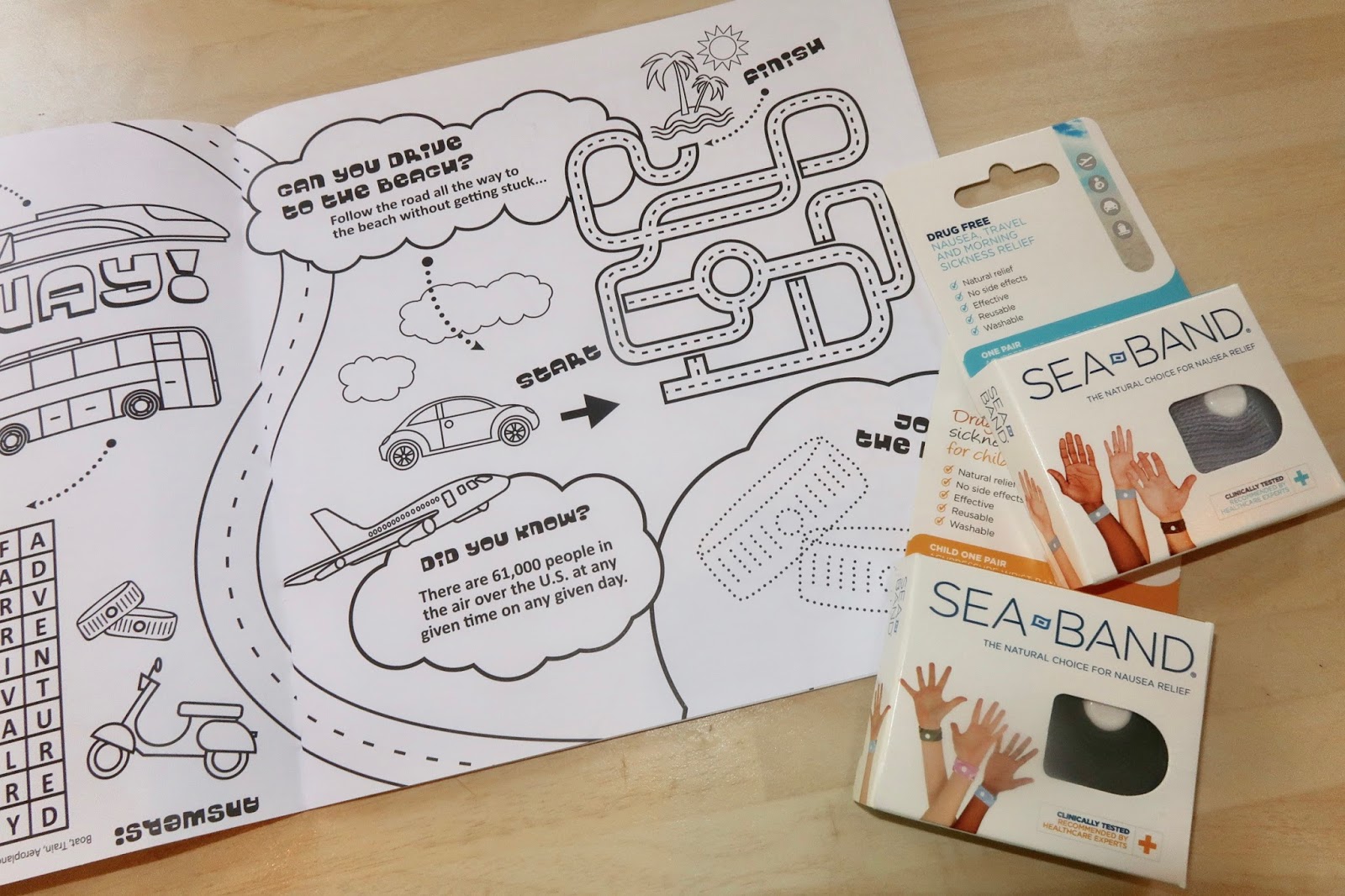 For Disneyland Paris, I want to be a little more prepared, as for us, it is the trip of a lifetime and I don't want any mishaps to tarnish our experience. Sienna is likely to be very excited too (she doesn't even know we're going yet!), which can make her tummy hurt even more.

We have teamed up with Sea-Band to ensure our travel goes smoothly. Sea-Bands are a drug-free solution to travel sickness which apply pressure to an accupressure point on the wrist to reduce nausea and vomiting. They typically work within 5 minutes, even if nausea has already started which is amazing.

I have used Sea-Bands personally with all my pregnancies as I suffered bad nausea and morning sickness and they really worked. When I was pregnant with Sienna, I kept them on until I was about 7 months as I was terrified the nausea would come back if I stopped wearing them.
Sienna has tried out the child's ones on a few journeys that have been just over an hour and said she didn't feel sick at all, so she seems to approve of them too. She's also been enjoying the 'Happy Holiday' activity book as well which is fun... it's full of facts, dot to dots, games and colouring. It helps take her mind off either the travelling or waiting around in traffic. They will be so good for the airport and on the plane to Paris to keep her occupied as well. 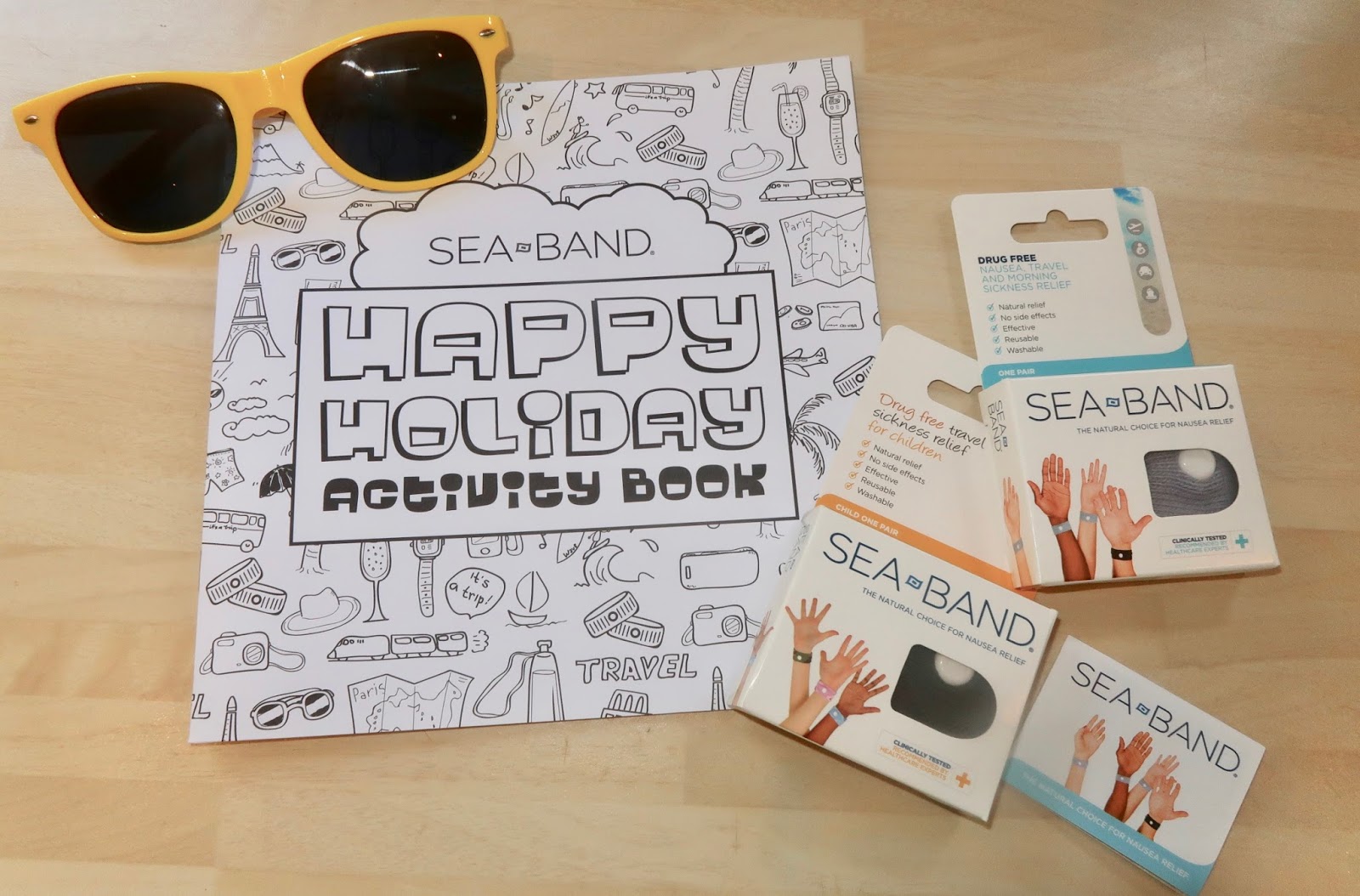 Enter by answering the question below in the comments & entering via the rafflecopter below!

Q: What does pressure on the acupressure point on the wrist reduce?