Our weekend in London - The shard view & city cruise along the Thames!

For Warren's birthday back in April, I bought him an experience day in London which included a view from the shard and then a city cruise along the Thames. I have been looking forward to it ever since I booked and can't believe it took us until last month to actually go! That's parent life for you ;) haha!

The girls came with us to London but stayed with Warren's sister while we went to the shard so they were excited to have a sleepover and we were excited for some kid free time. 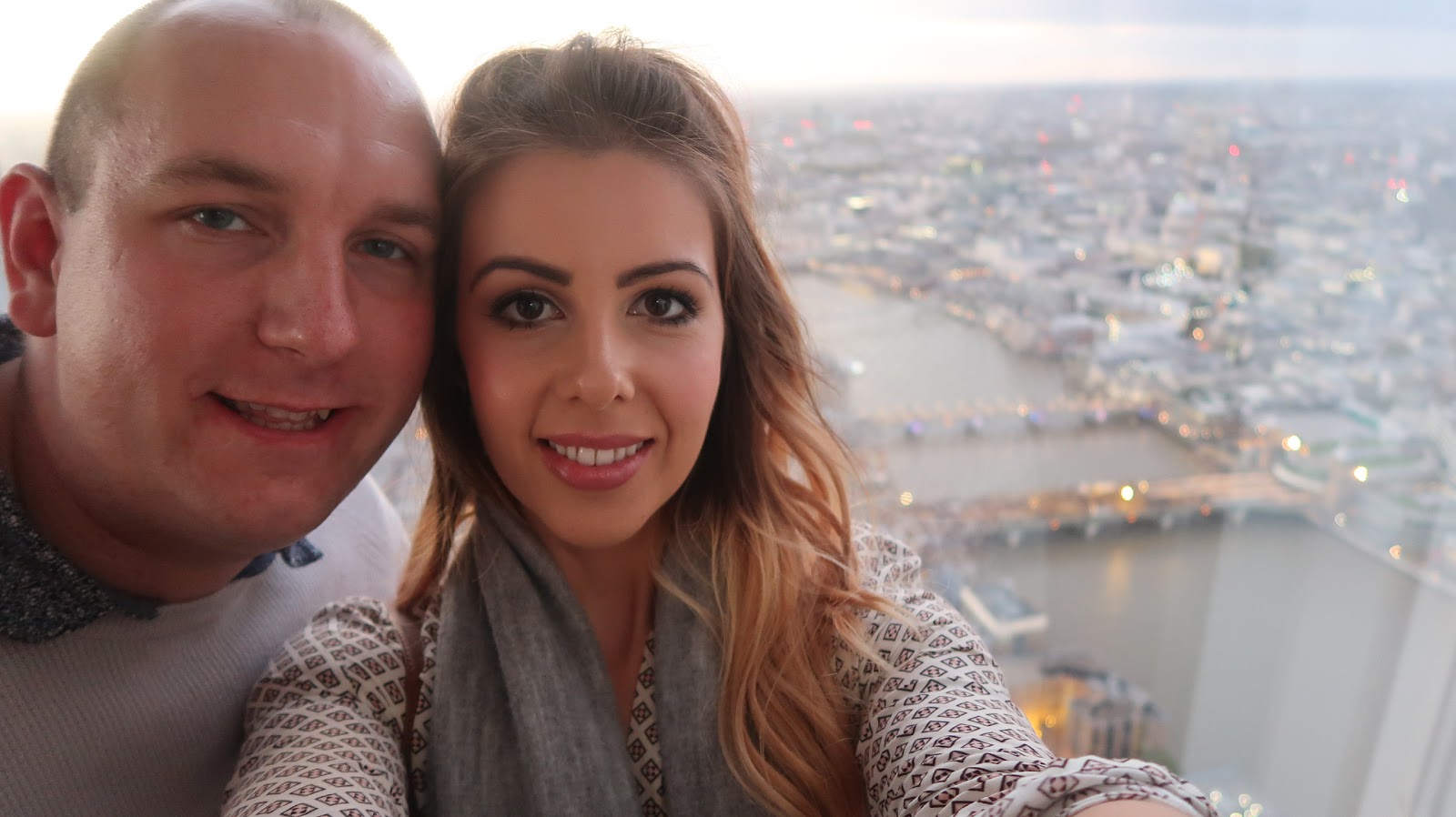 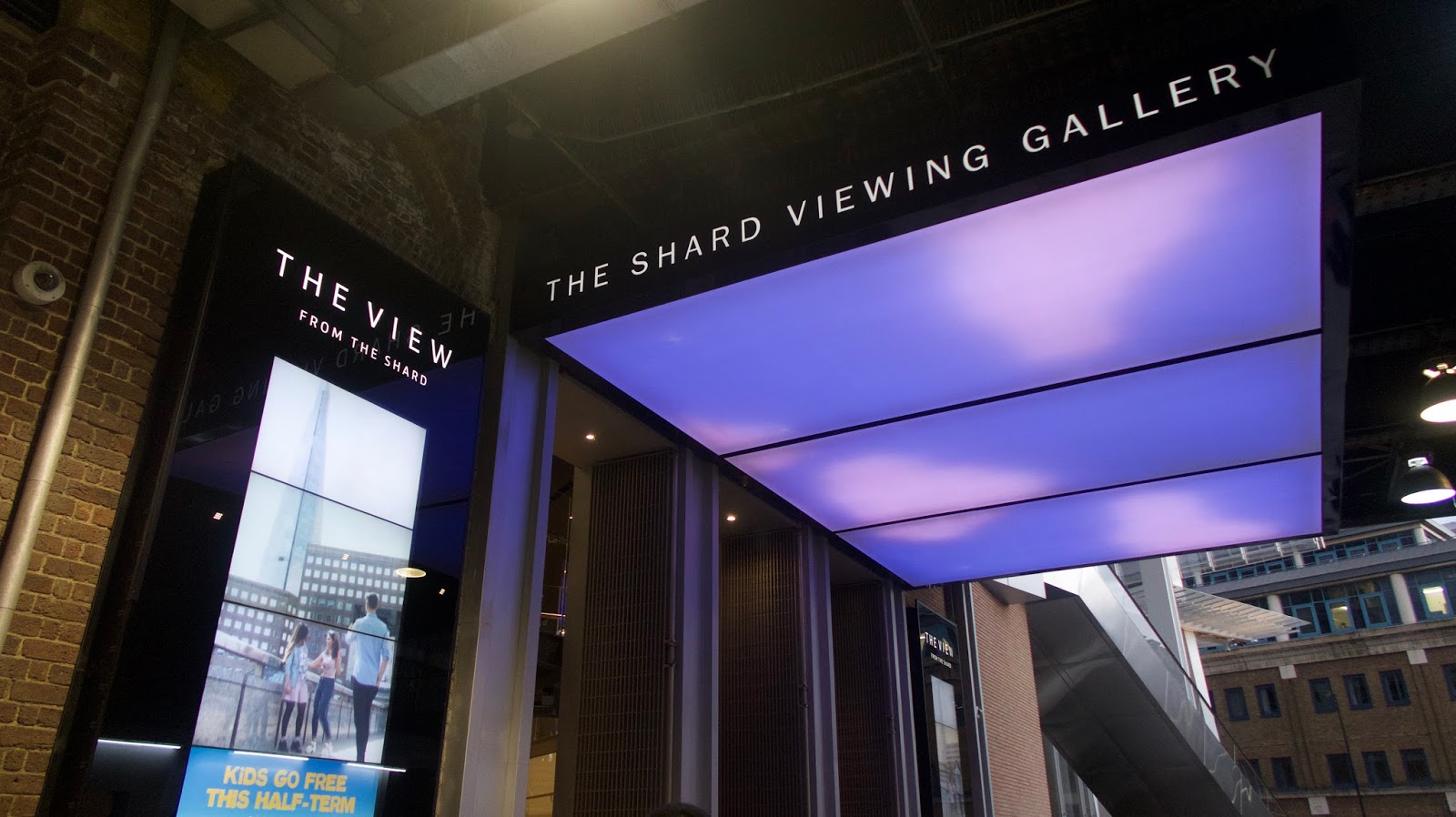 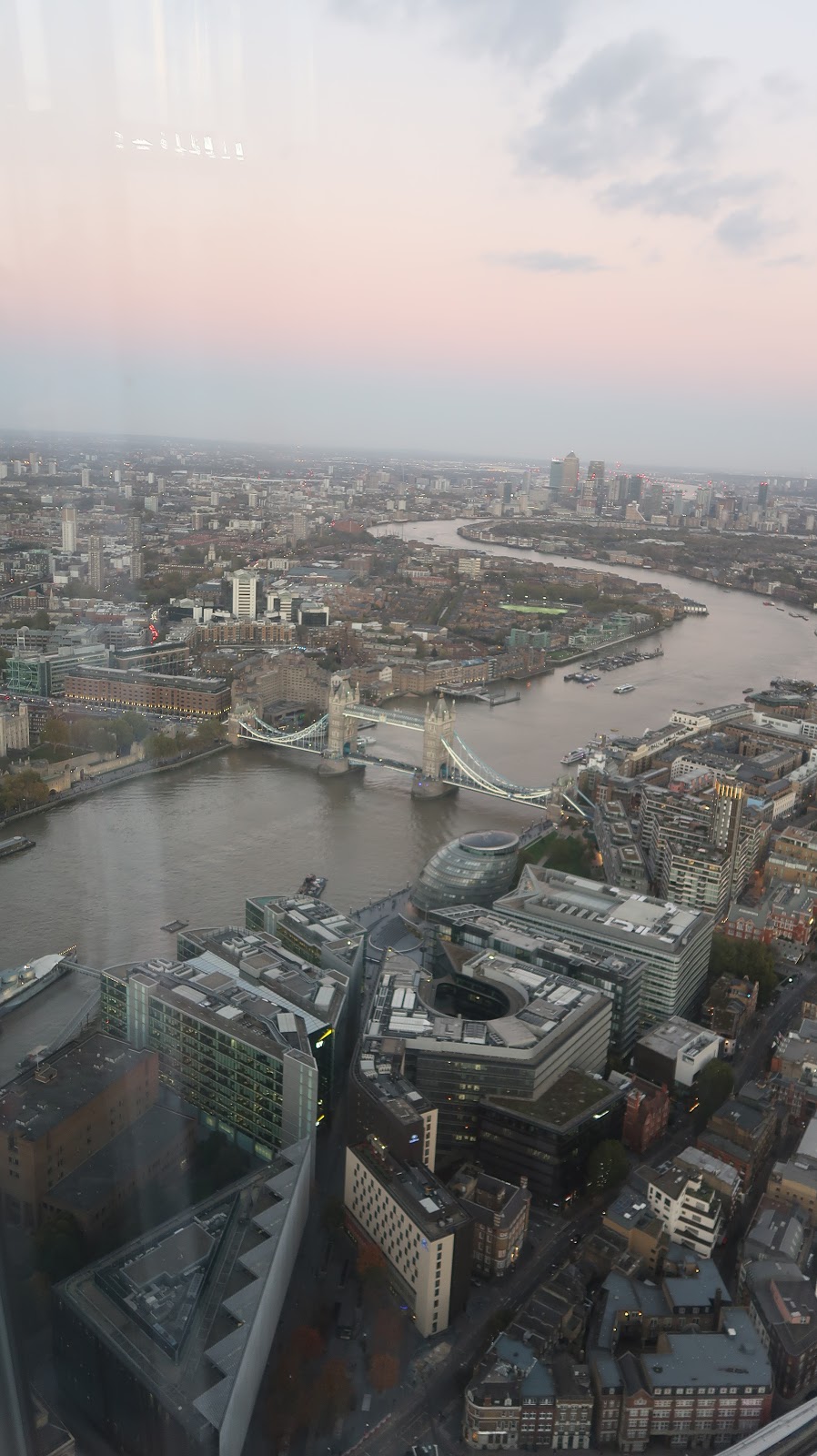 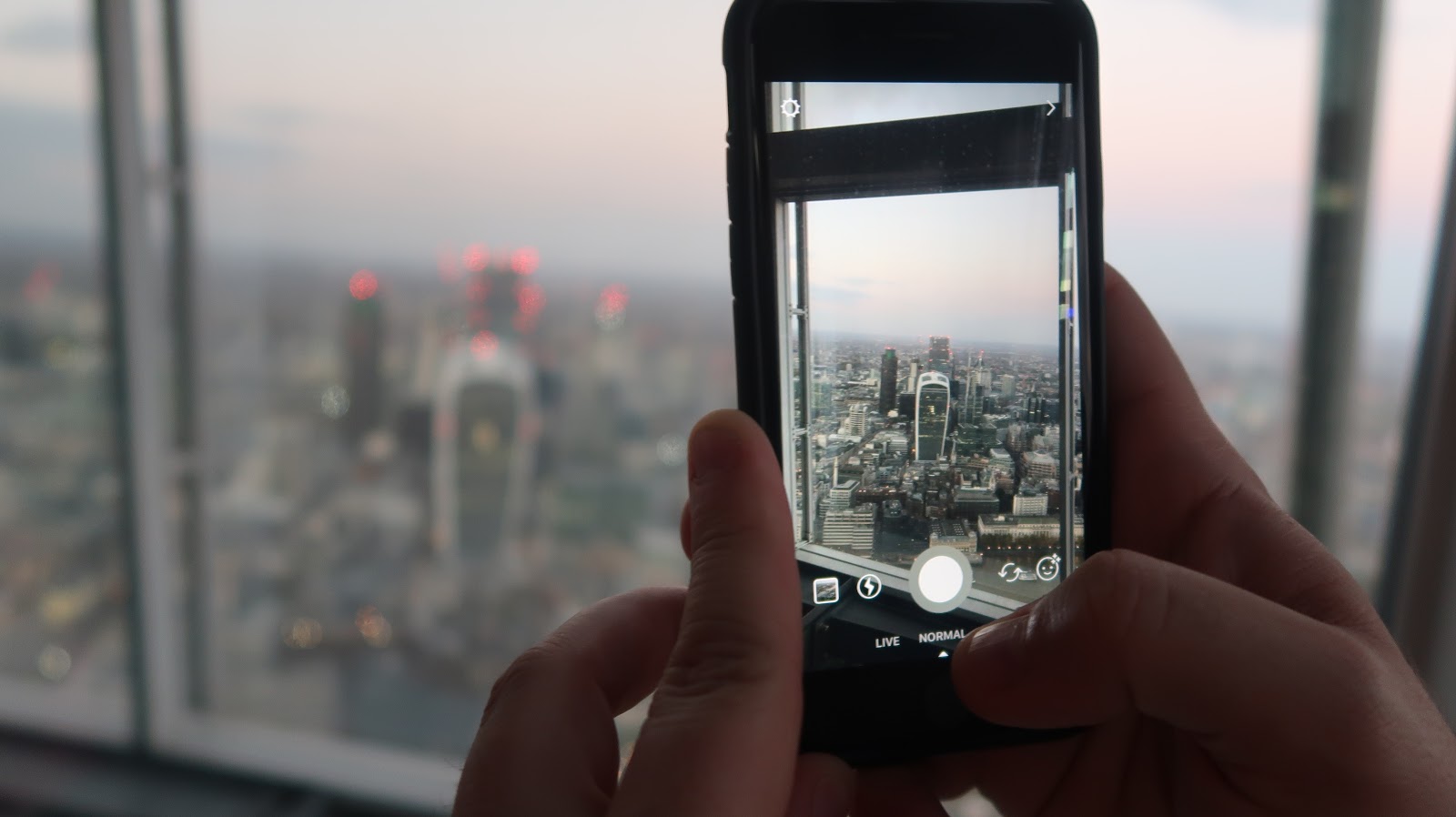 As soon as you step out of the lift, you see the amazing view right in front of you. The lady in the lift that worked there said we had just missed the sunset which was a bit of a shame but still got to see it  gradually getting darker as the sun went down further and further. 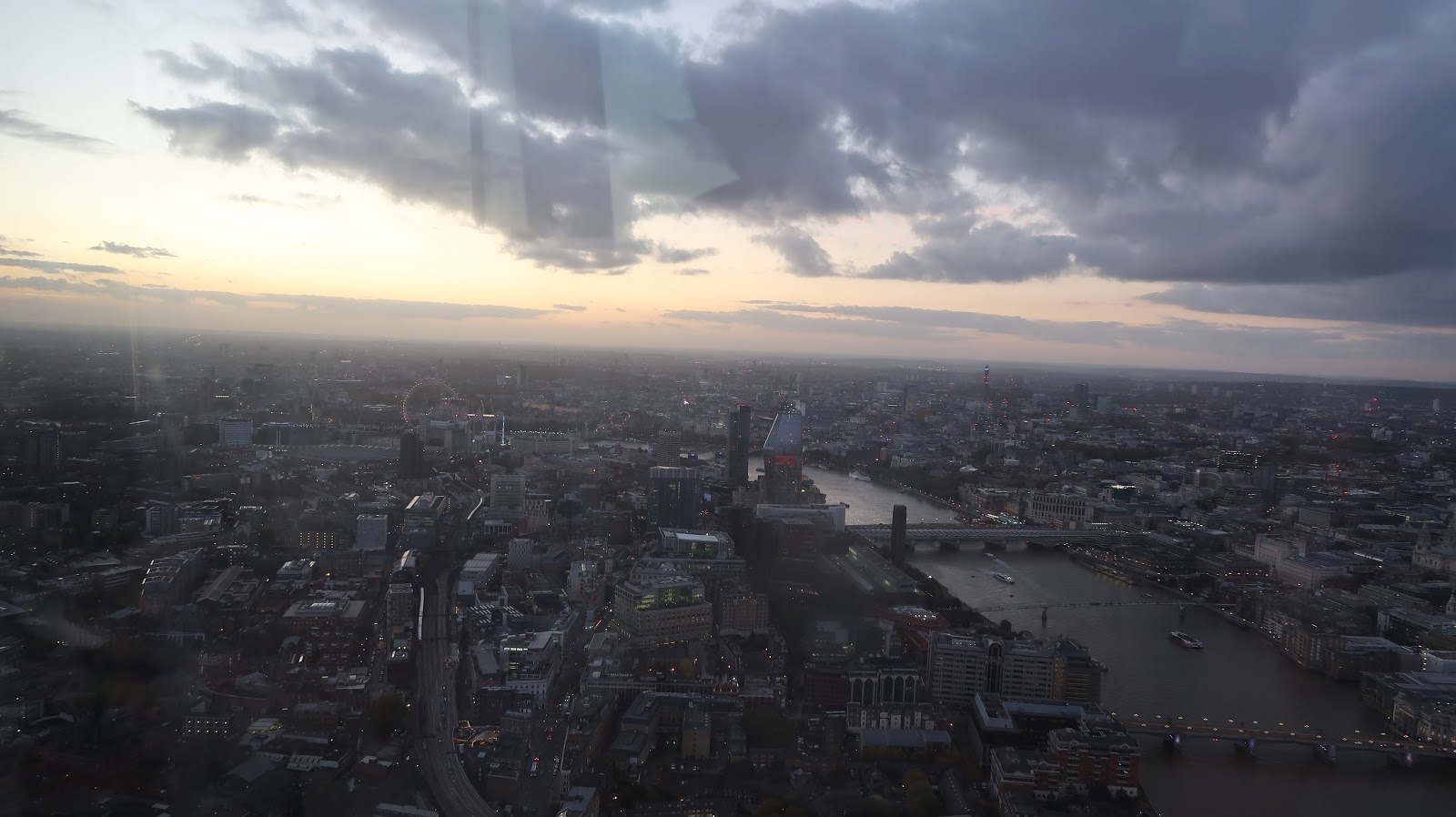 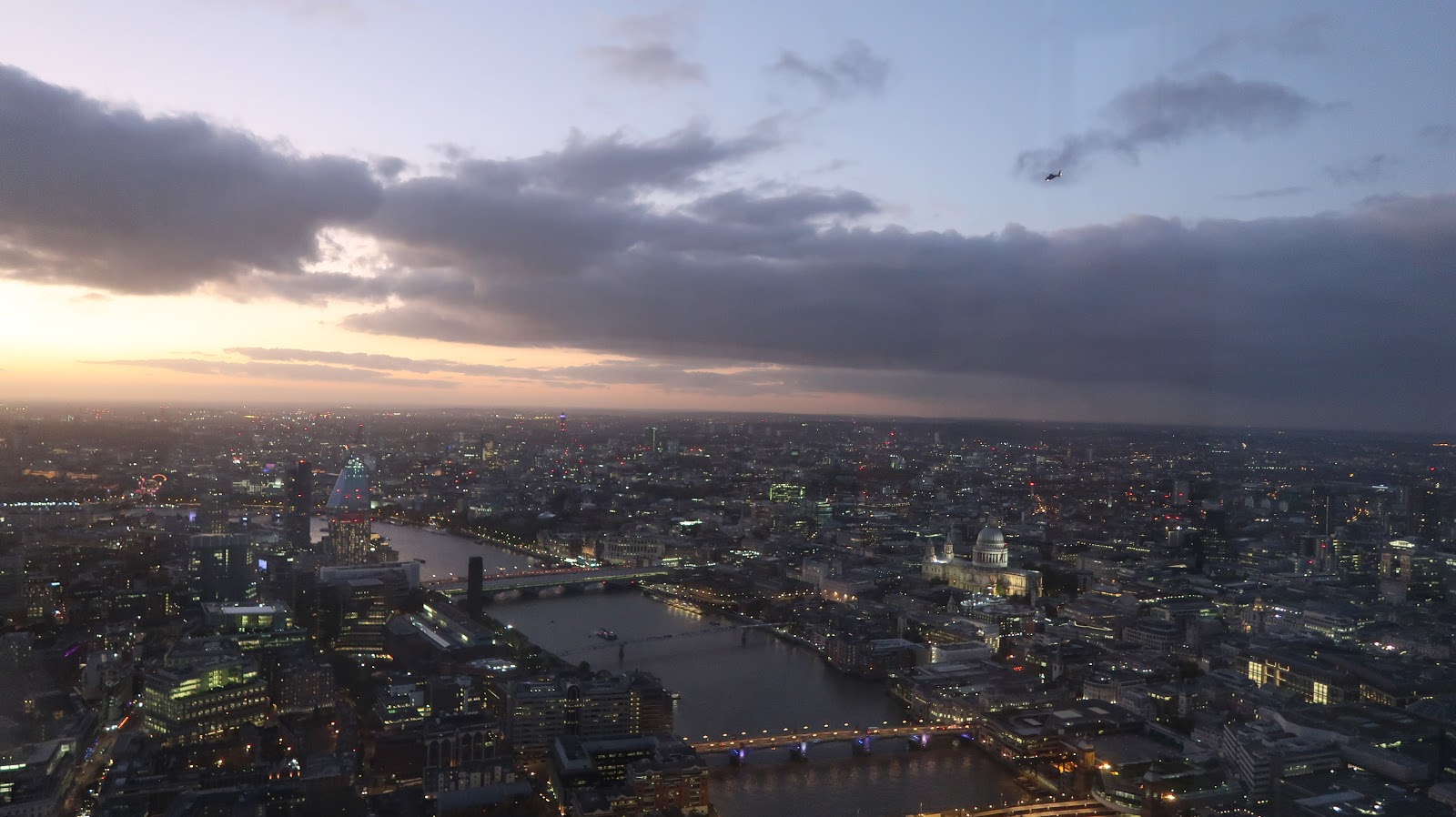 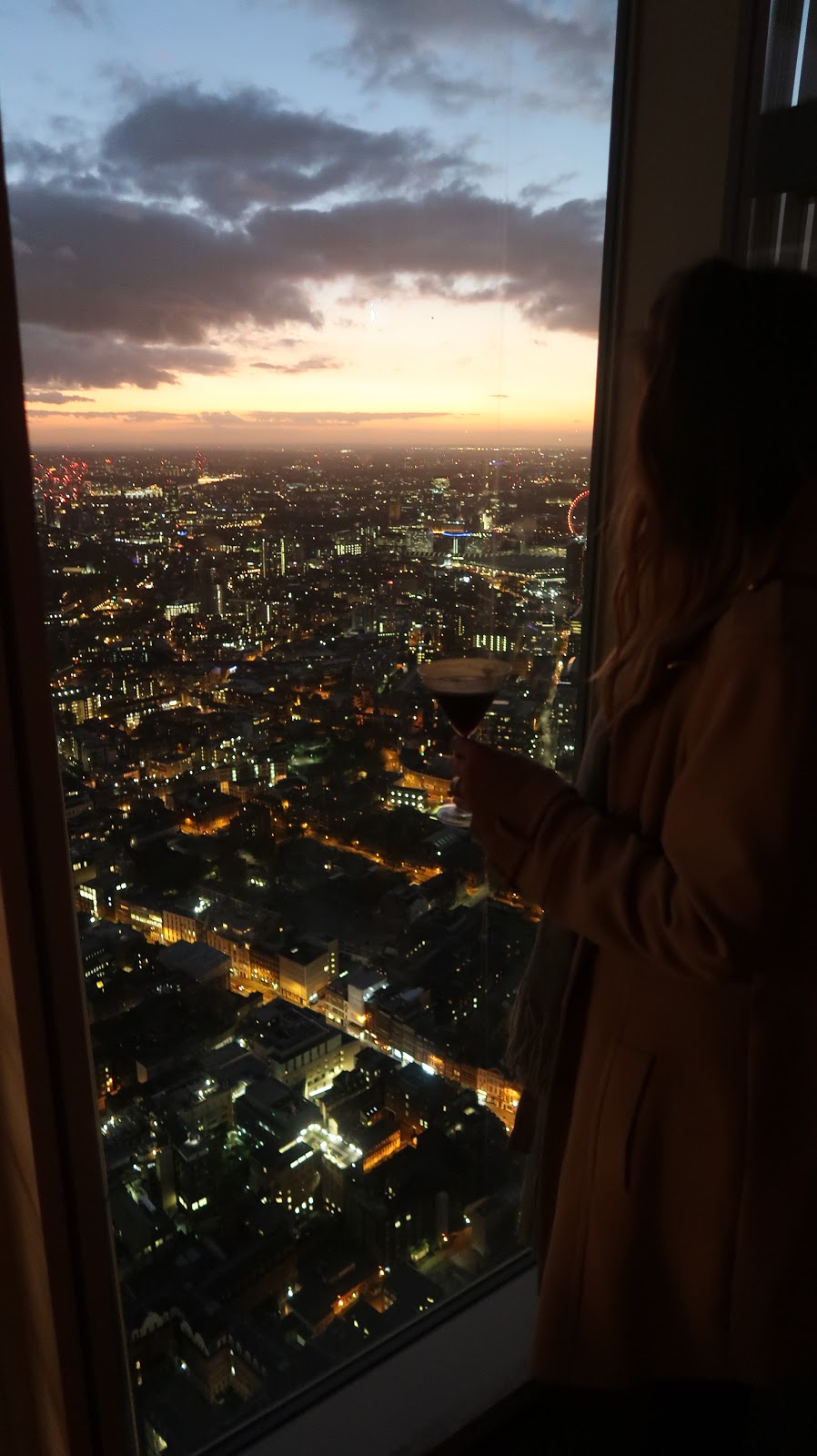 We got some cocktails while we were there and were happy to see a 'now serving espresso martinis' sign as these are our favourite. I can report back they were super delicious too made even better by the beautiful view! 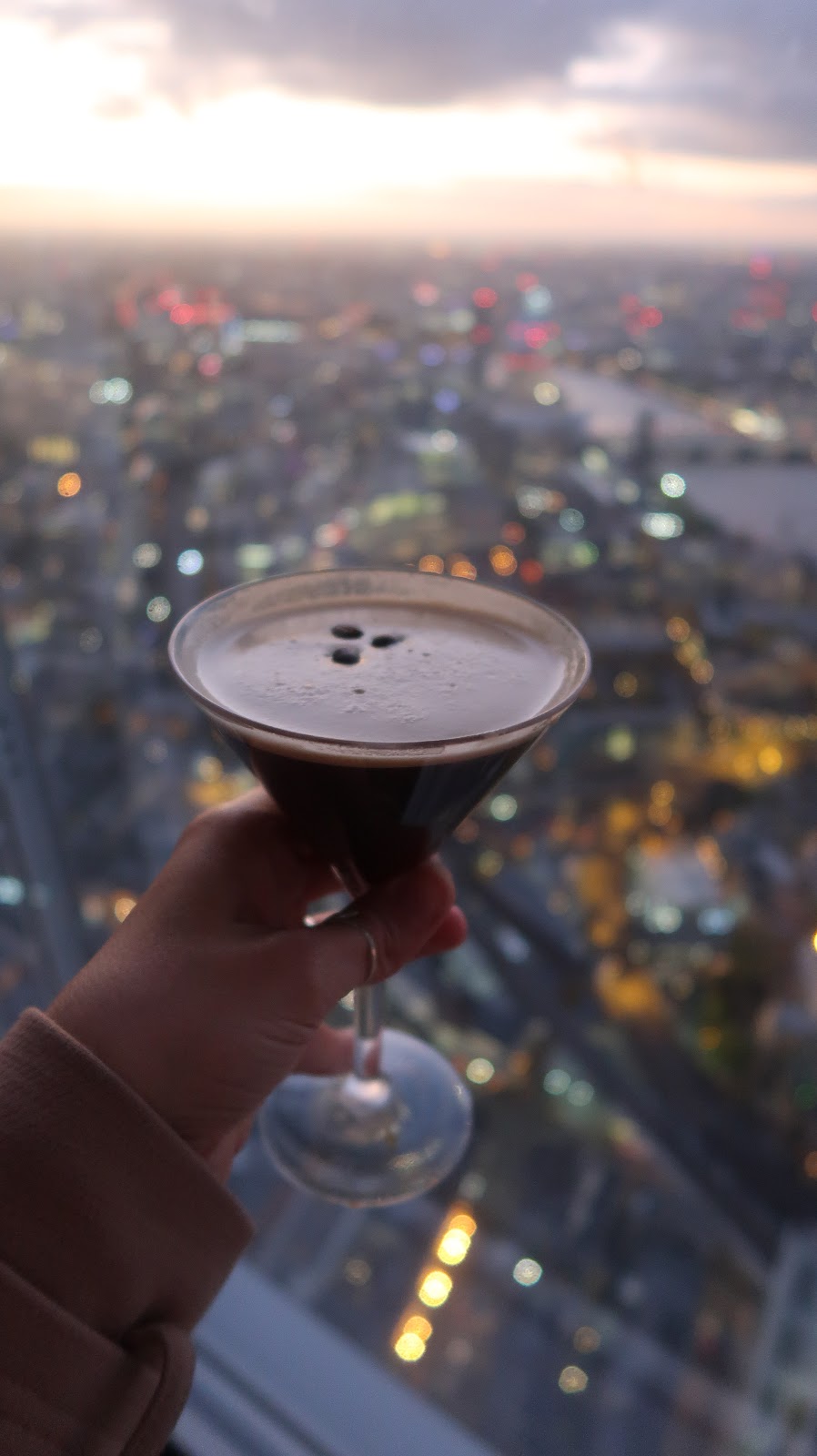 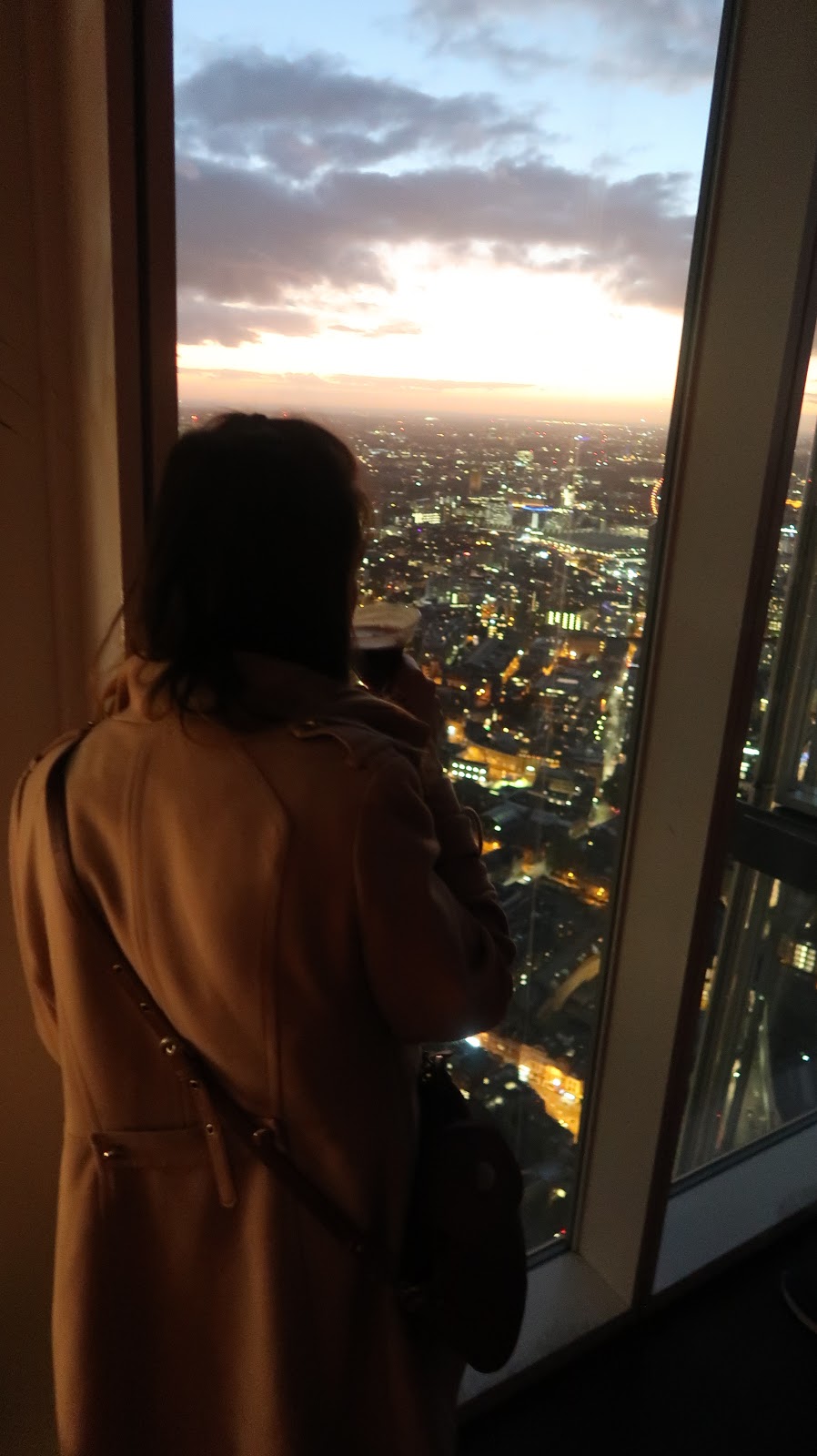 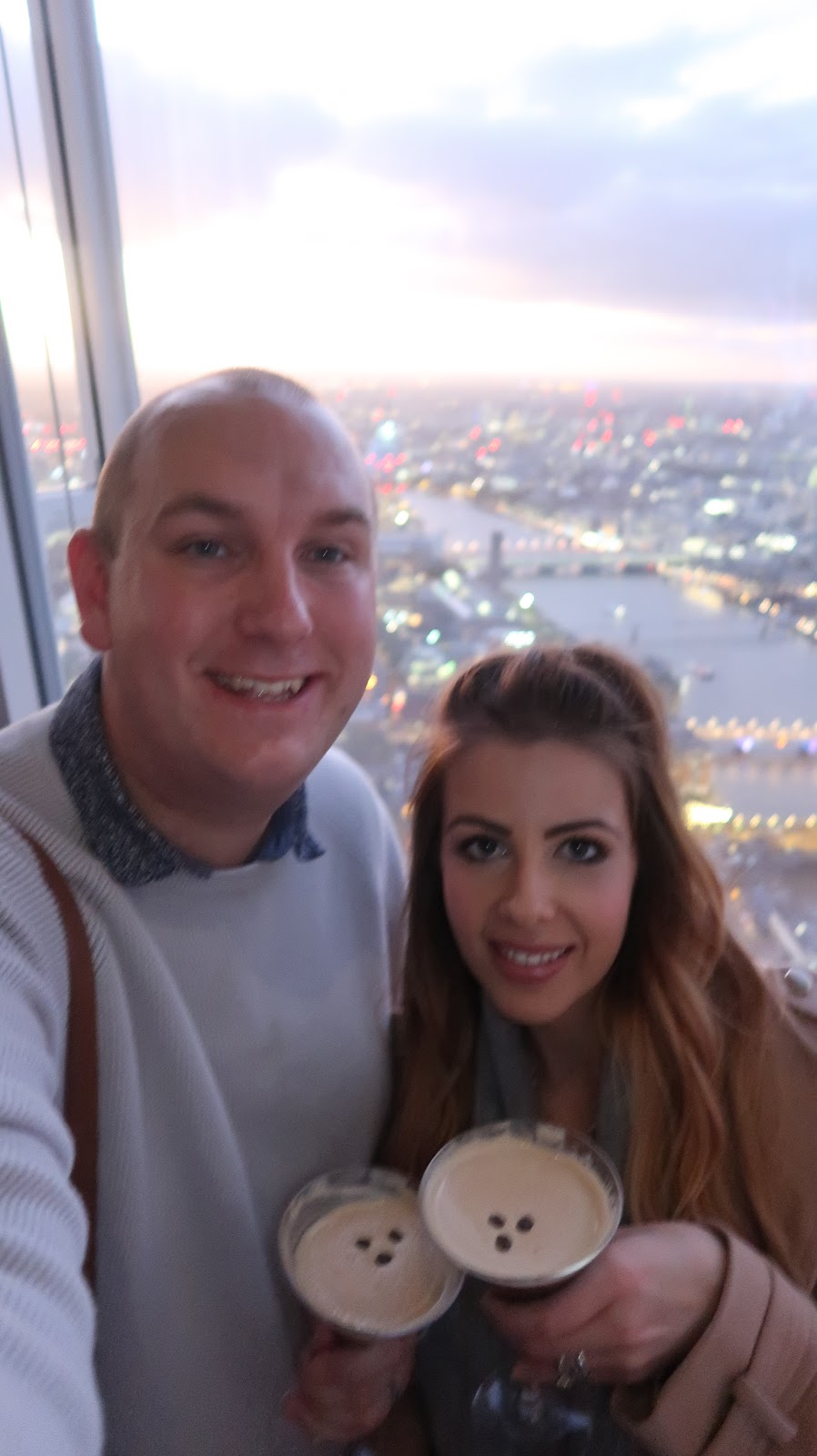 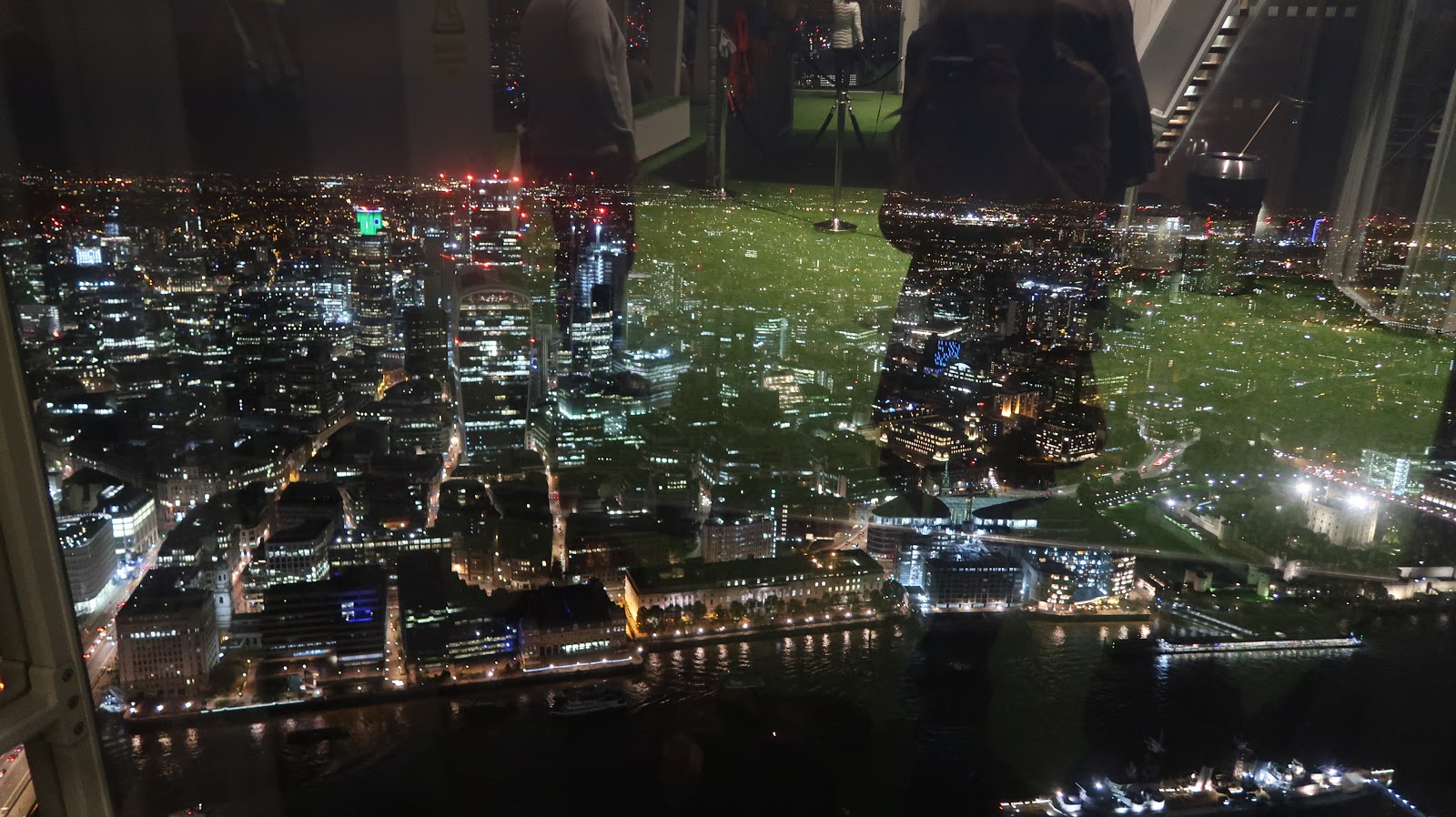 Once we'd finished at the shard, we made it down to the river to get our city cruise which wasn't too far. London in the dark is so magical, it really is one of my favourite cities! 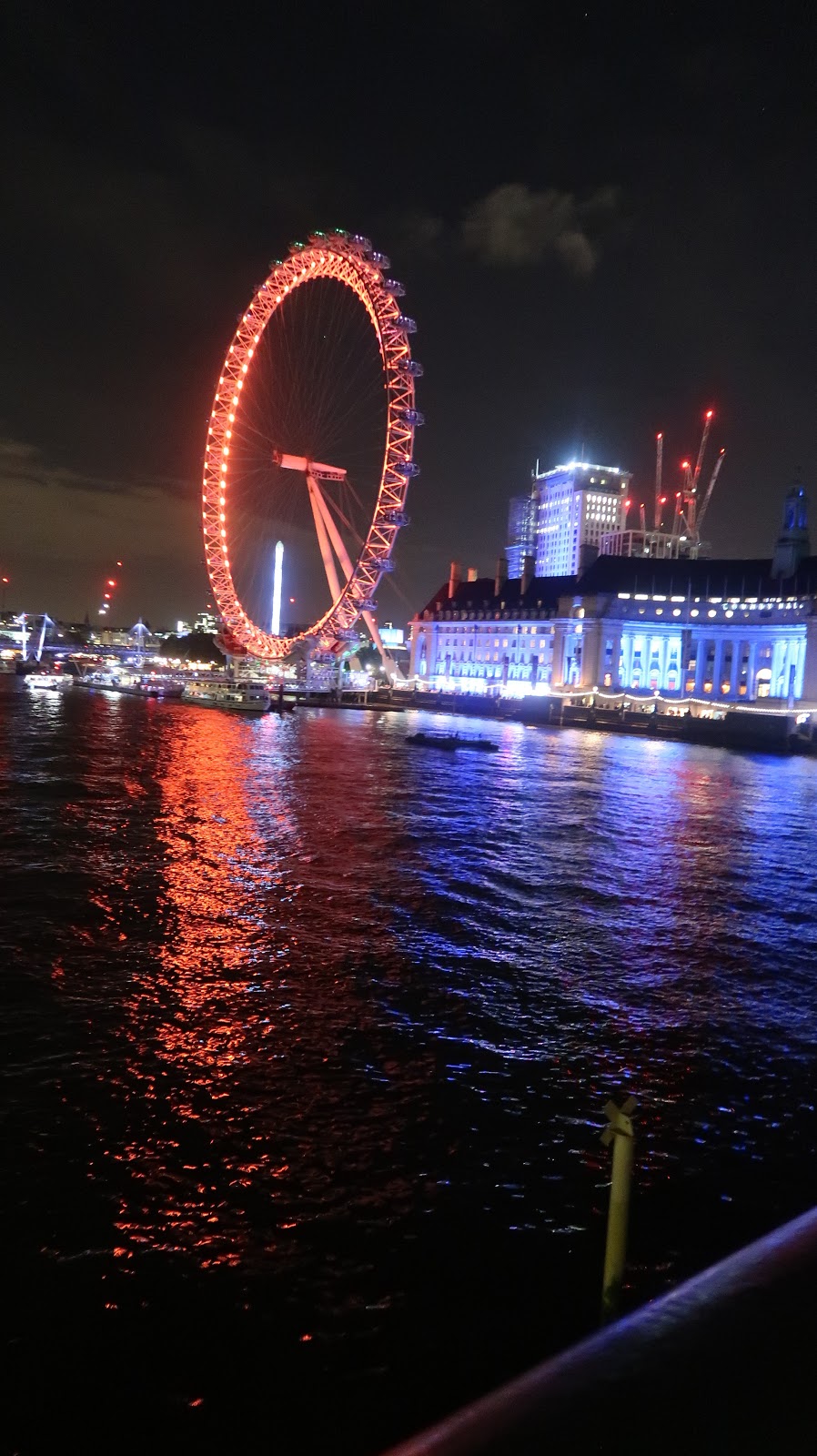 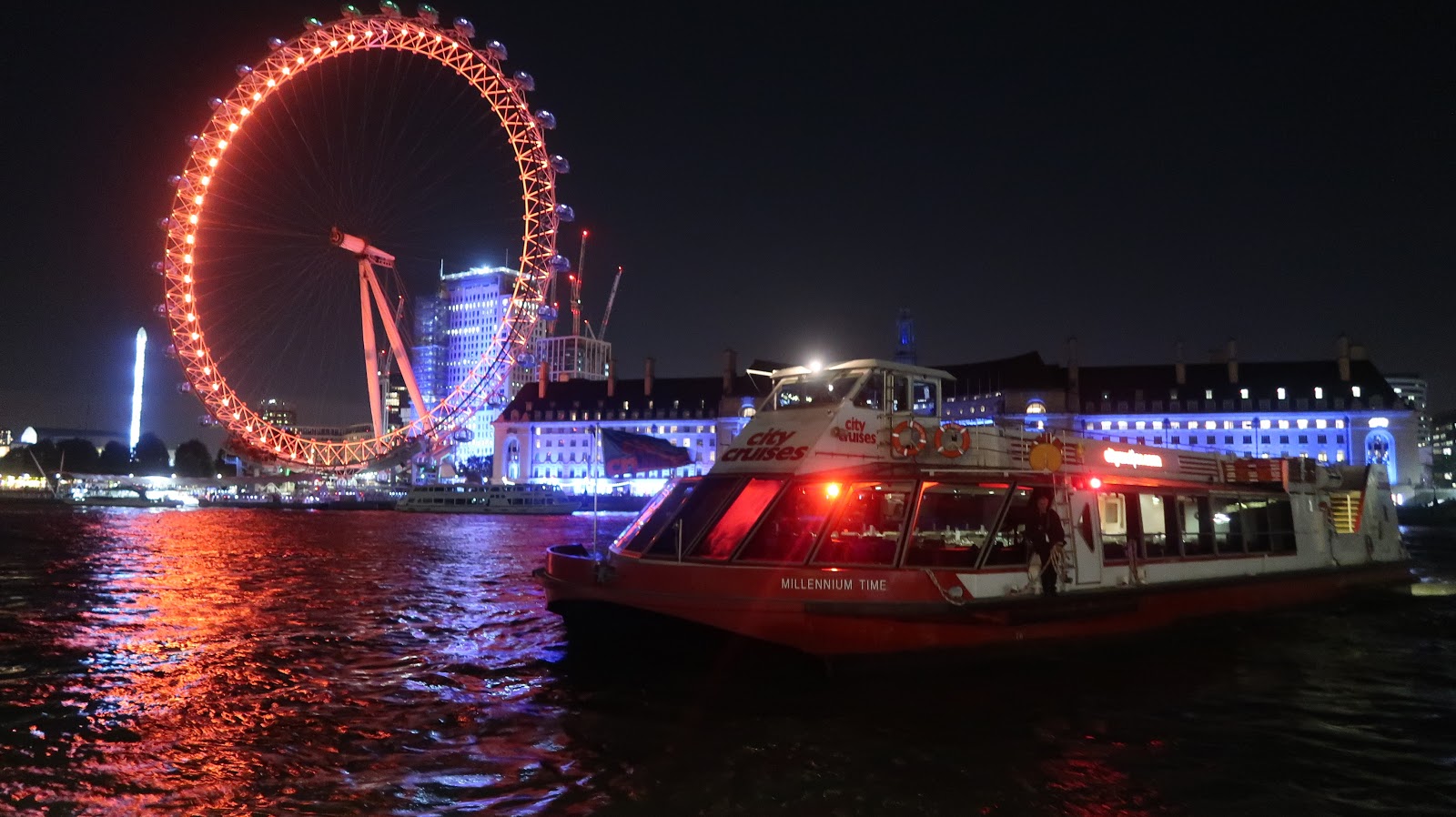 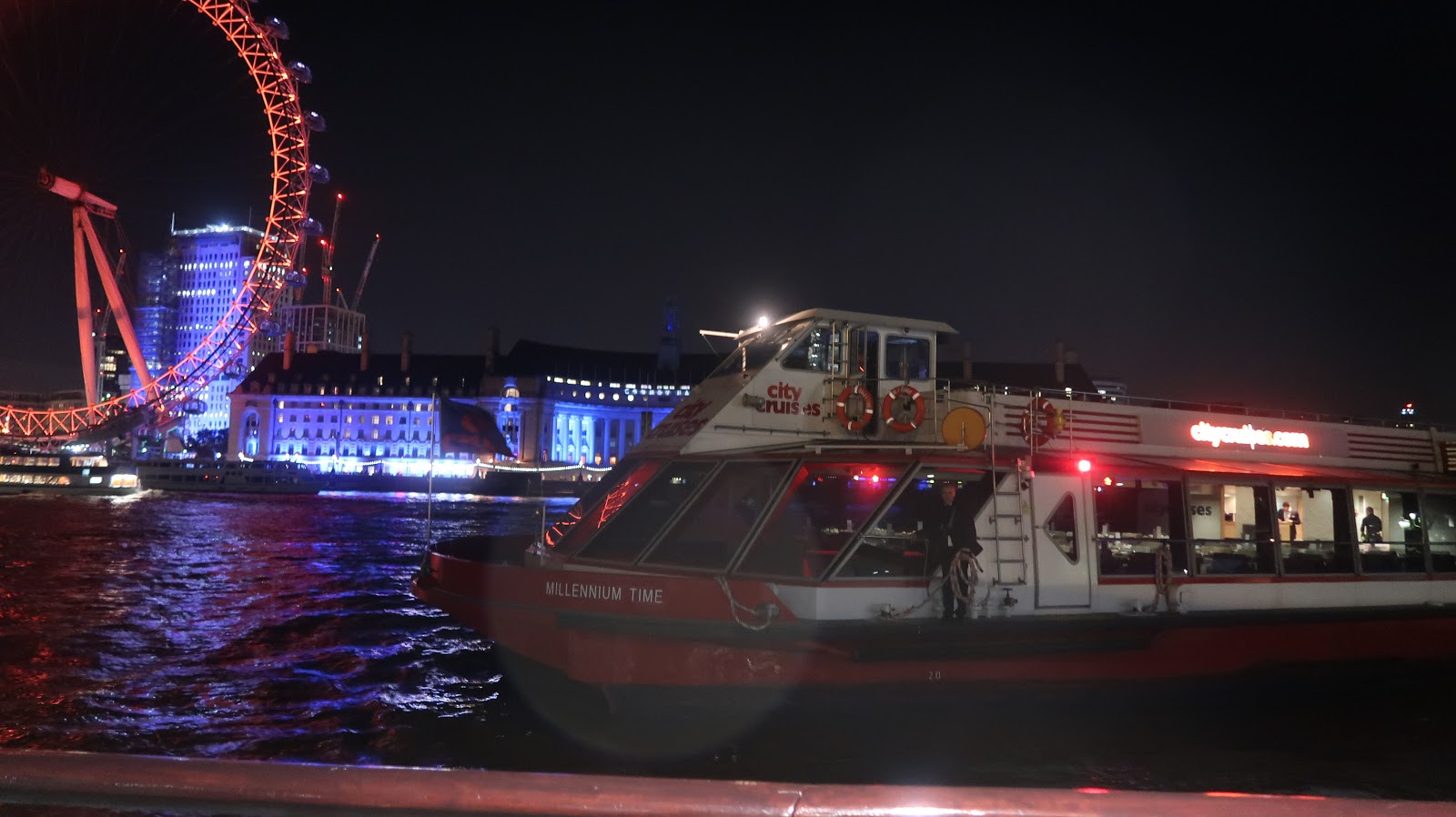 I was a little hesitant about the cruise as I get travel sick but once I was on the boat I didn't really think about it at all. It was smooth sailing and the entertainment and food took my mind off it. 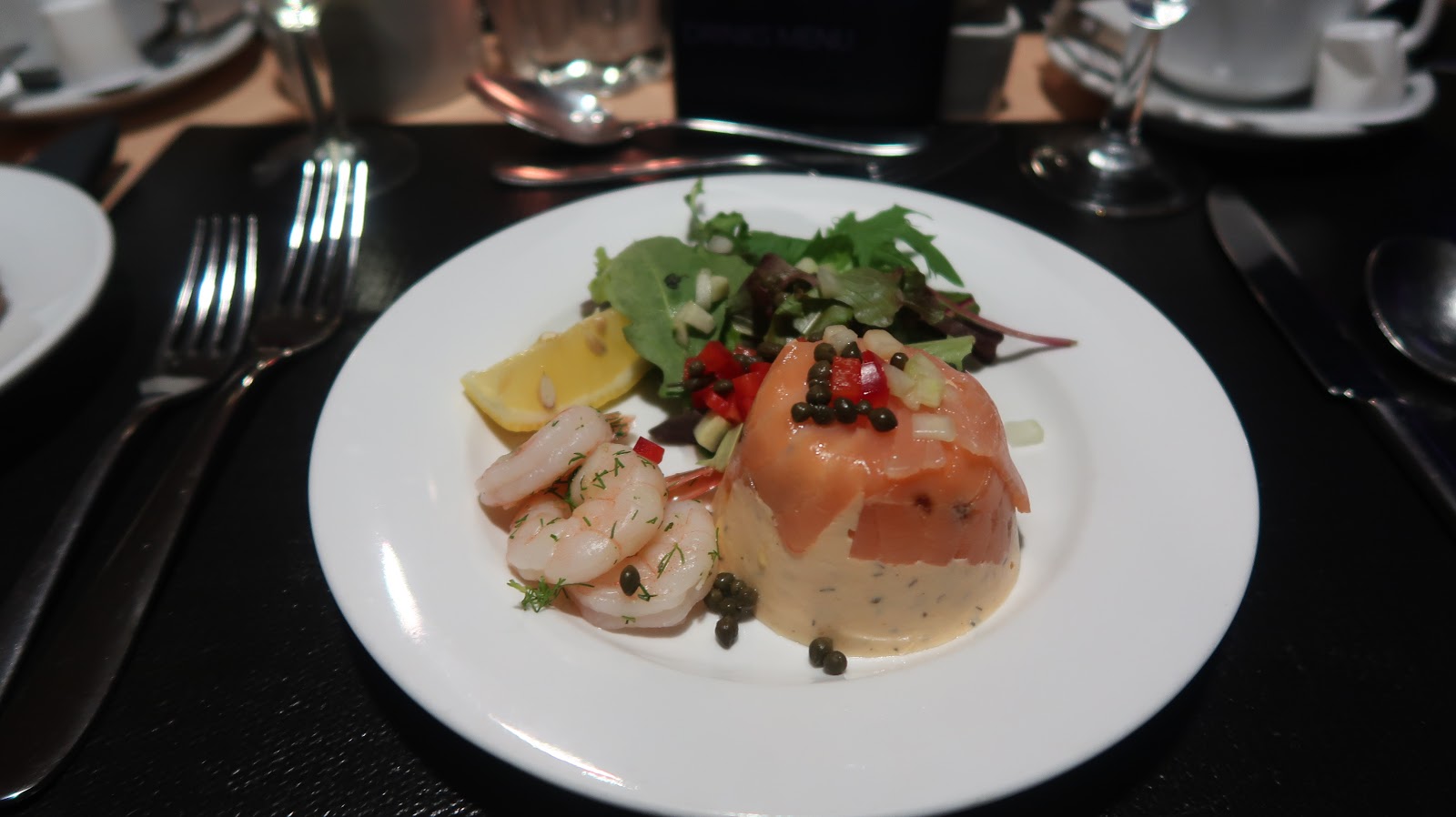 When we sat down our starter was already waiting for us which was salmon and cream cheese with prawns on the side. I must admit I'm not a huge fan of smoked salmon but I gave it a try and it was actually really good, I managed about half of it. After that we had warm tomato and basil soup with bread rolls which was tasty. 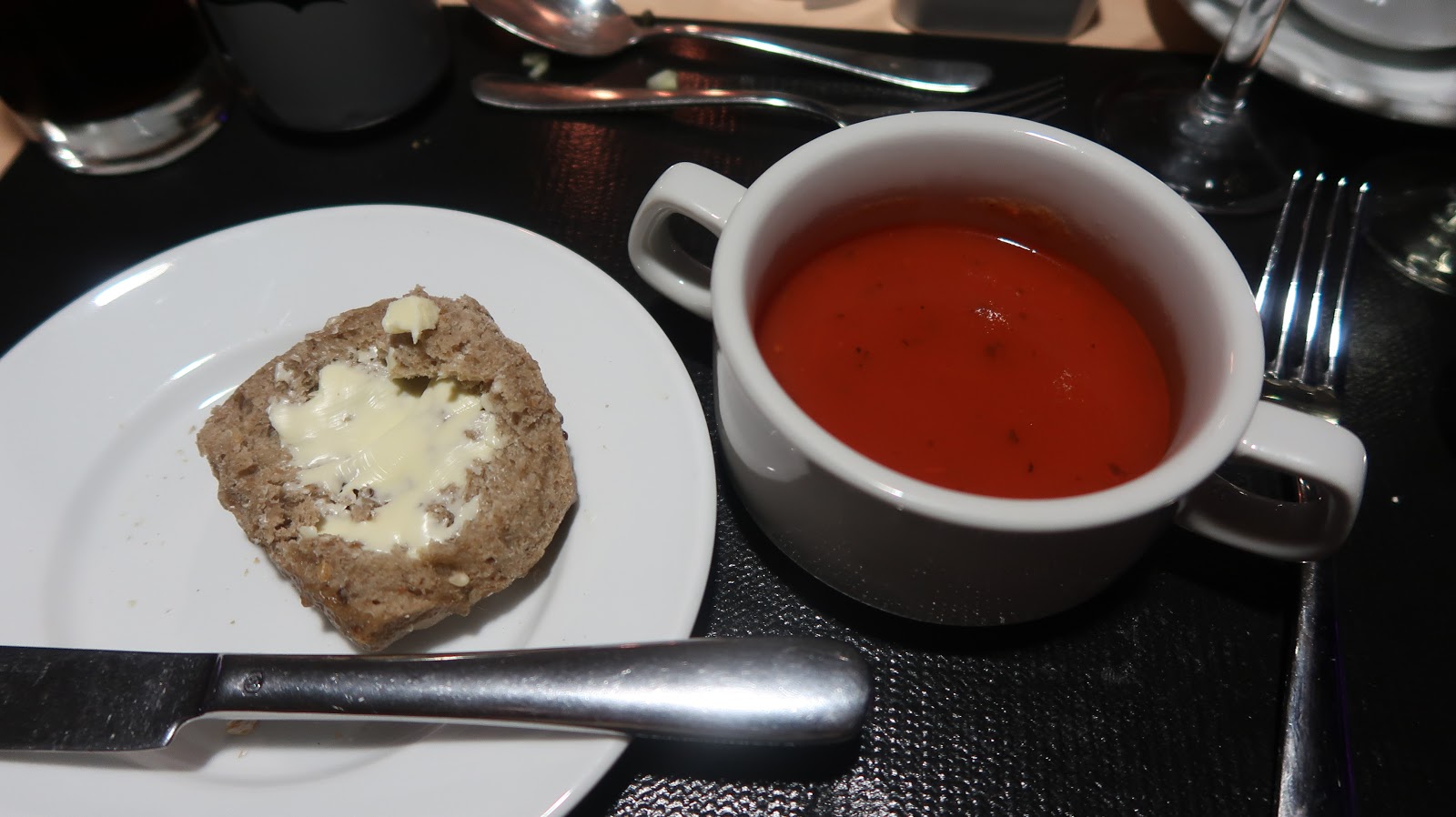 The main was chicken in a mushroom sauce with dauphinoise potatoes and veg and they were really good, the chicken was cooked so well and the mushroom sauce had so much flavour. 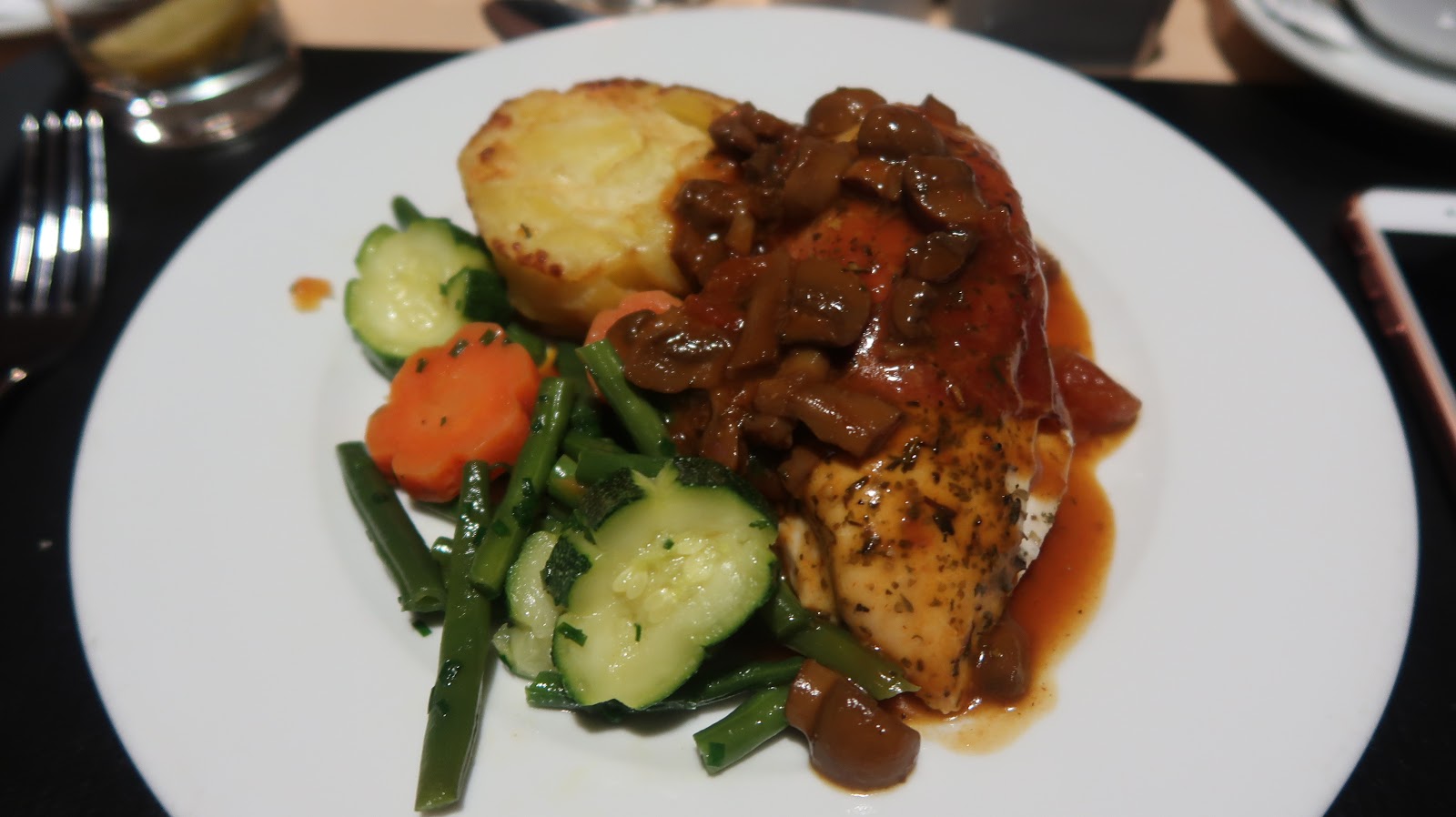 The dessert wasn't as good as it looked, it wasn't that rich or flavoursome but it was still nice enough. 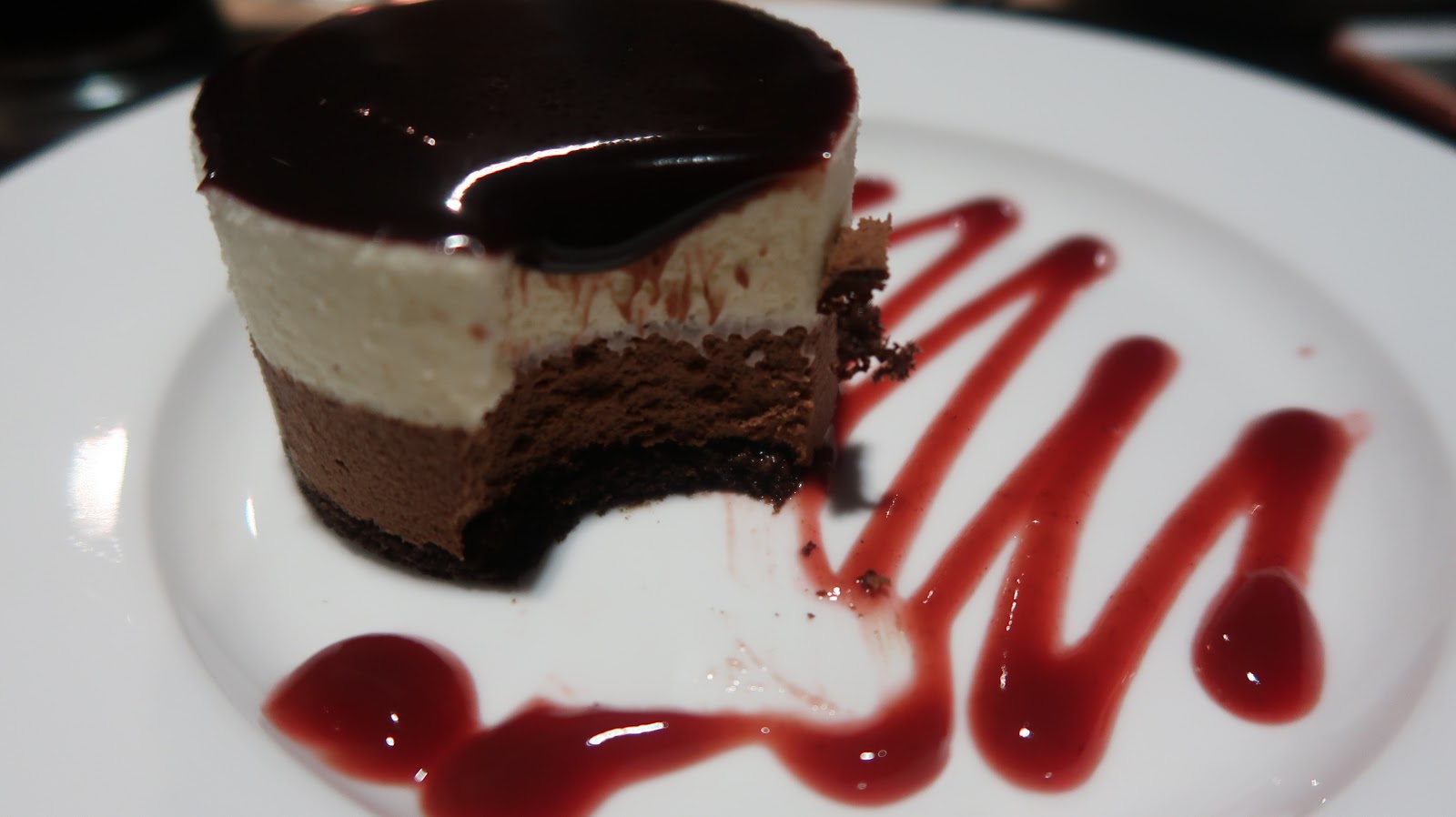 The views from the boat were amazing, it was so fun being able to see it from the shard and then from the river Thames, it looks so different from 2 different views but equally as beautiful! 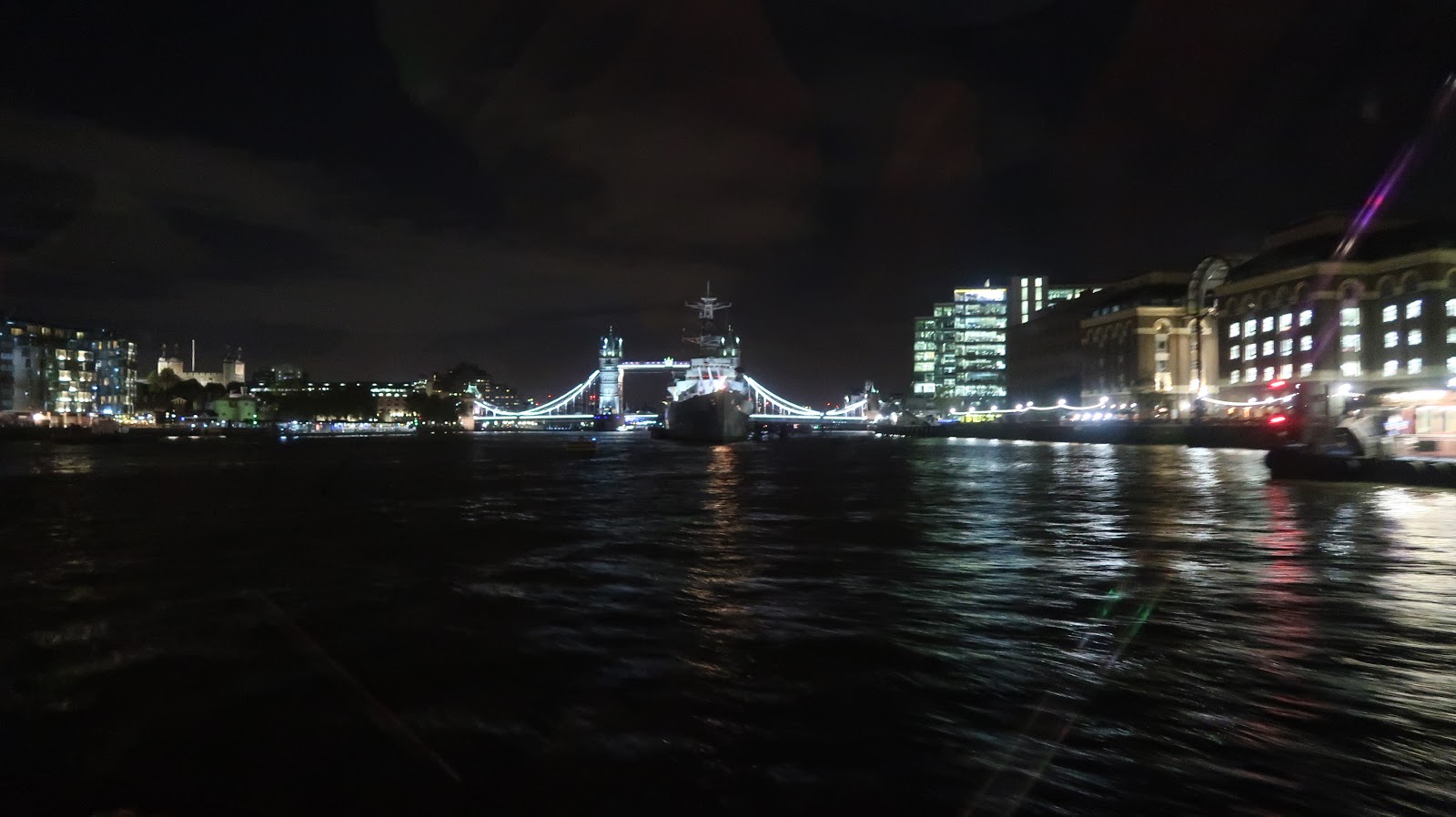 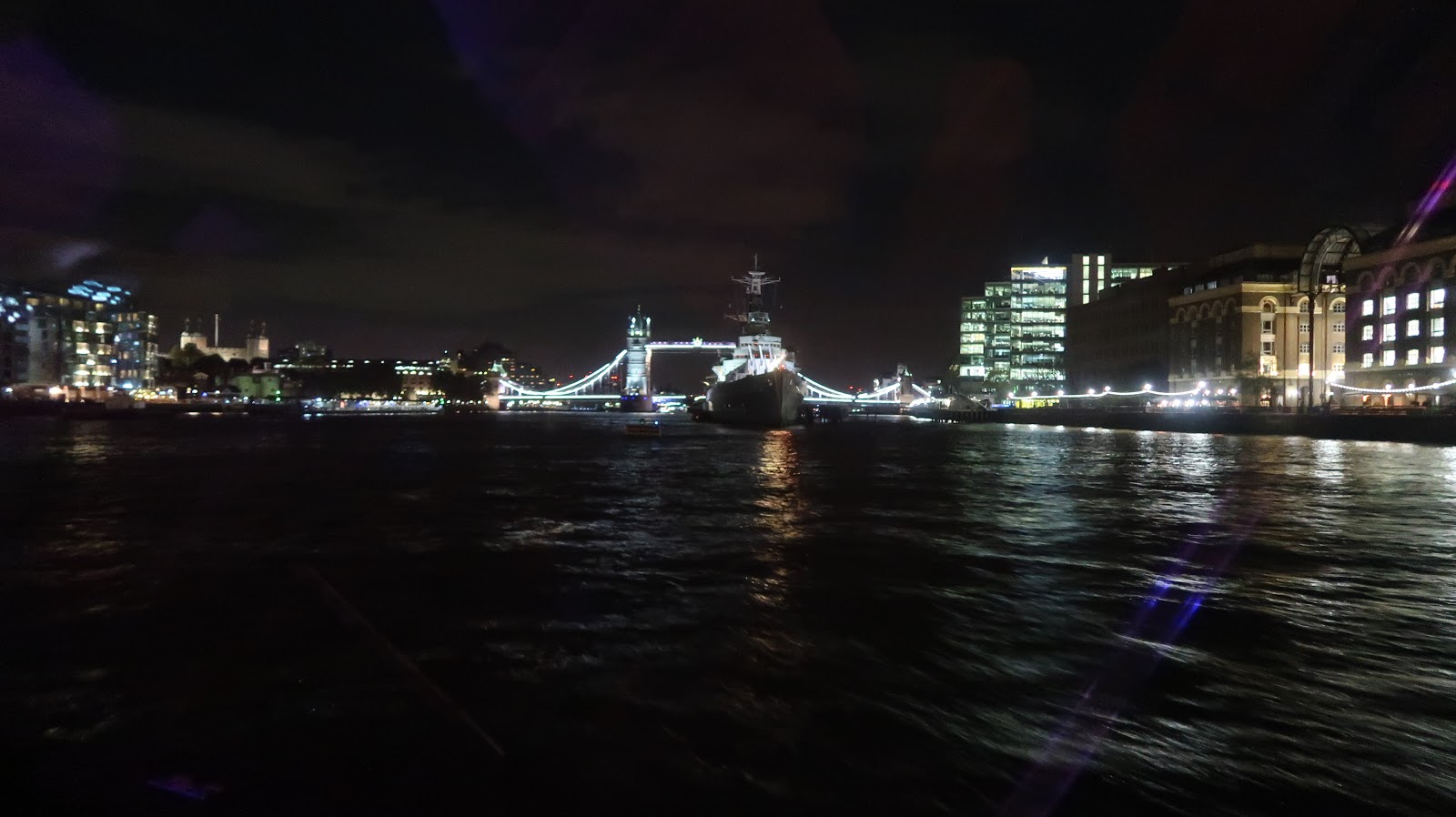 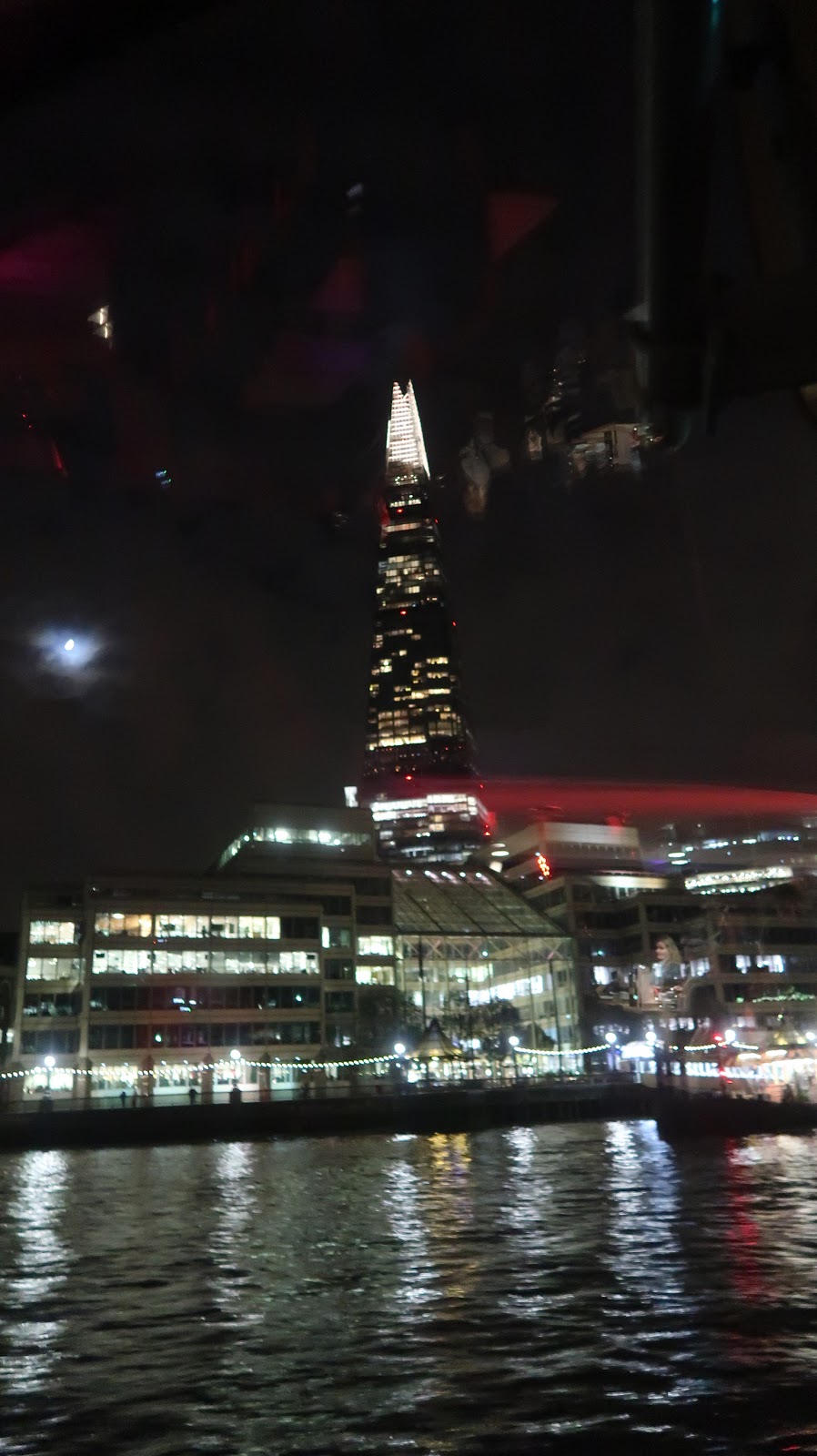 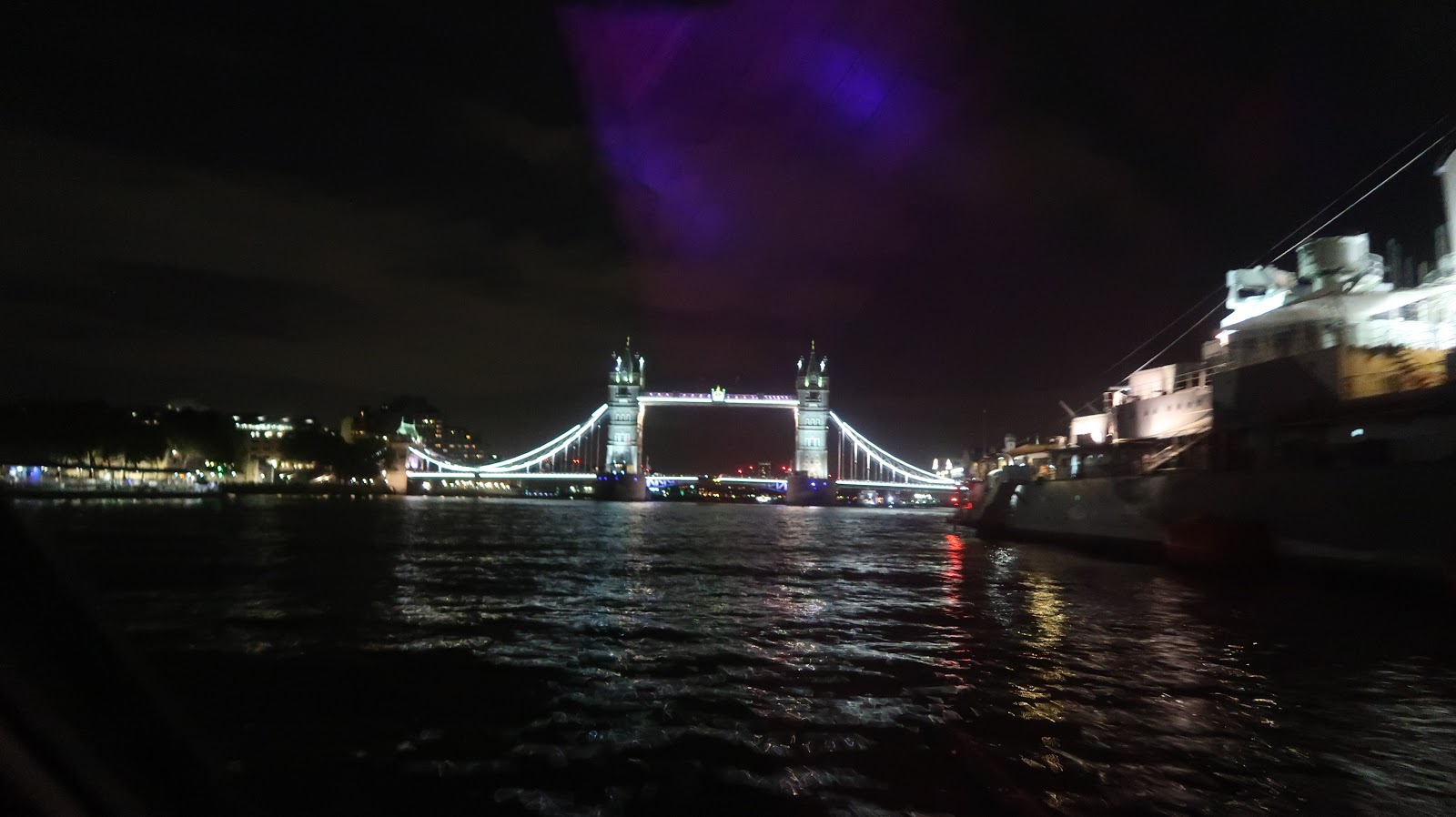 The onboard entertainment was music and then a live singer, there was a good variation of music. We had various age ranges on our boat and everyone was singing along and at the end we actually all got up for a group dance! It was so much fun and a lovely experience, it definitely made a good birthday present and we've actually mentioned doing something similar for a relatives birthday as we'll know they'll love it! 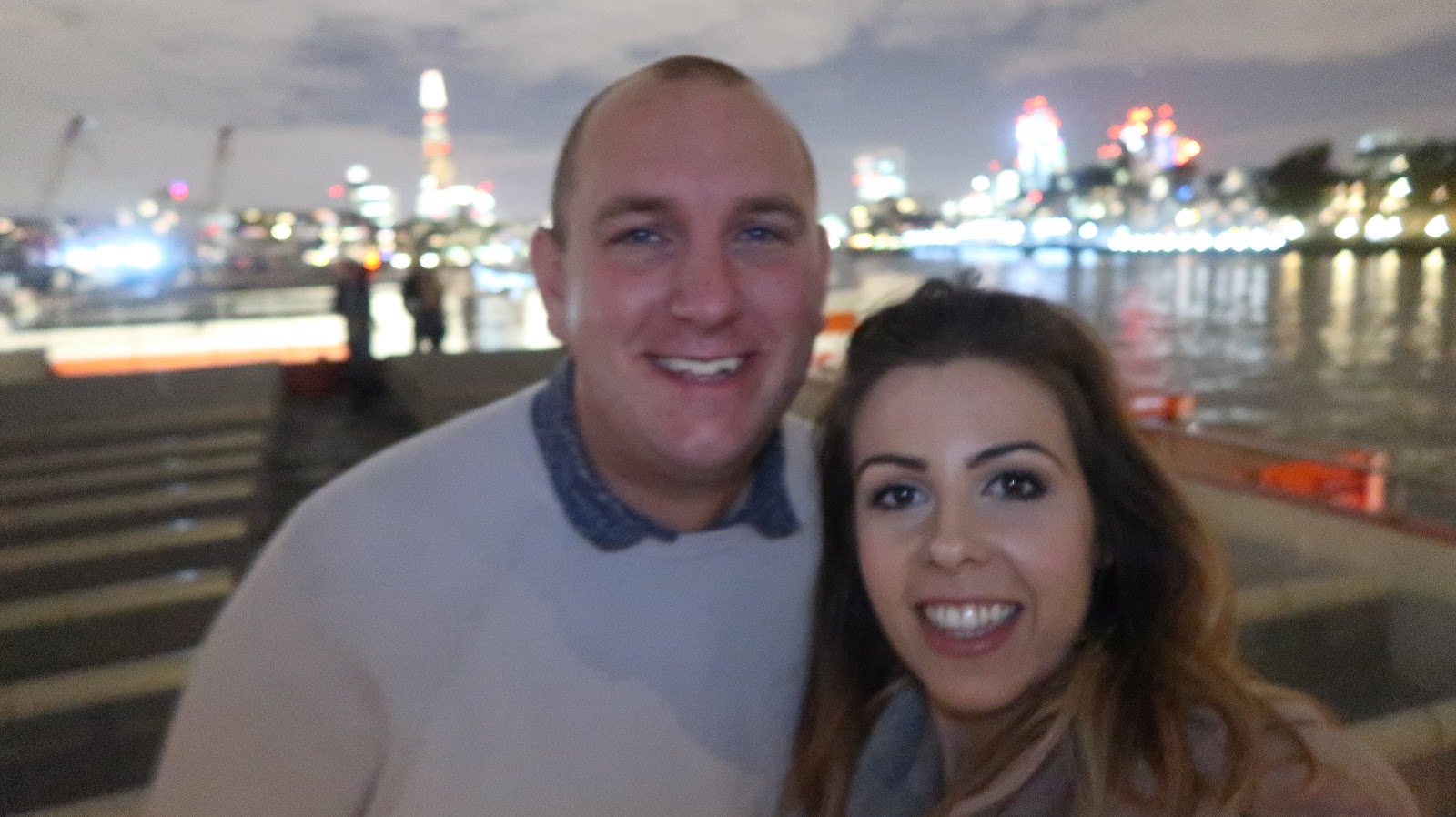