This blog post may be slightly different than what you're used to reading on here and in particularly from Kerry, but I urge you to stick with it please and understand its not 'just a story about football'. Many people don’t watch or enjoy football & that’s fine, but let me explain to you why, for me, it’s more than 'just a game'.

Around the time of spring of 2004 my parents had split up. Divorced. My dad moved out & we didn’t speak for months.

After some time, our relationship began to rebuild, it didn’t always go well but we didn’t always argue either, sometimes it just felt like there wasn't really much to talk about anymore but one thing held us together more than anything. Liverpool football club. His love for this club which had been passed down to me, was so deeply entrenched between us, it was our common ground, the basis of which a father & son could build a new relationship from. 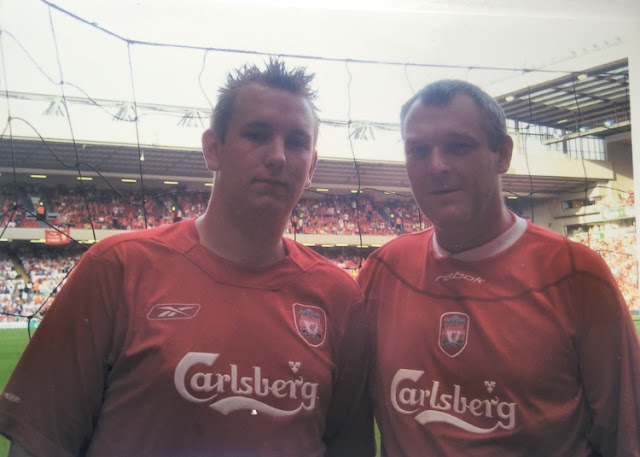 For as long as I can remember I’d watched Liverpool games on the TV with my dad, listened to them on the radio & had stood with him on the Kop at Anfield. We had watched on together as Liverpool had won every trophy there was to win over the years, their last league title came in the 1989/90 season, I would’ve just turned 2, so whilst it’s not in my living memory, I know for sure it’s in his. There was one trophy we hadn’t seen them win, the European cup.

Cue the 2004/5 season, at this point I have to shout out my mum! She fully stepped up to embrace the football rollercoaster with me & during that season Liverpool made it through to the European cup final & honestly I never thought that would happen in my lifetime. We had beat the likes of Juventus & Chelsea on route to the final & now we were set up to play AC Milan in the final.

On the 25th of May 2005, I was 17, it was the eve of 3 of my AS-Level exams, I sat down with my mum & a few mates to watch the reds in the final of the European cup for the first time. I can’t remember the last time I had spoken to my dad at this point, our relationship was still fractious. 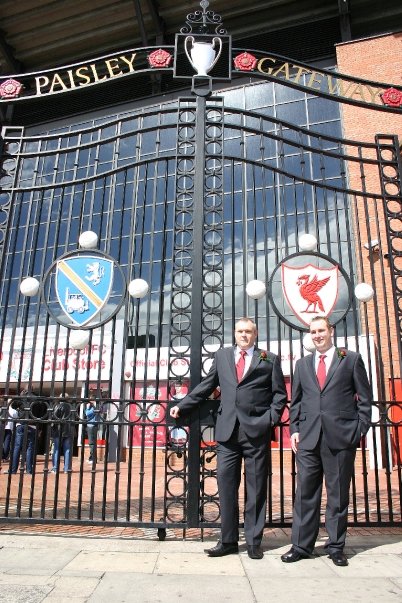 Back to events on the pitch & most of you will know the story of this final but if you don’t, AC Milan were 3 goals up by half time, 3-0. AC Milan were European giants, a class above and Italian teams knew exactly how to hold onto a lead. My first European cup final experience was going to be a harrowing one.

My phone rang at half time & I seen on the screen it said ‘Dad’ I almost didn’t answer, I felt sick & I couldn’t really talk but I walked into my bedroom and answered, I don’t think I even said hello, I just answered. Dad started talking, mentioned a few things about the game, but it’s what he said next that literally changed everything, one word, ‘Believe’... I wasn’t even in a mindset of thinking we could still actually win this thing, more of a let’s just not get thrashed by 6 or 7 in a cup final, but he was. ‘You have to believe’ he said ‘if you don’t believe now then it’s already over, WE. ARE. LIVERPOOL. You have to believe’. We said our goodbyes and I walked back into the room.

The 2nd half kicked off and within 15 minutes the score was 3-3...We had done it, the old man was right! Liverpool had done the impossible. Listen to the commentary on the game & they’ll tell you exactly that. Liverpool went on to win on penalties and lift the trophy.

Liverpool repeated the trick in 2007 & got to another final of the European cup, vs AC Milan again. I had watched a few of the games on our way to the final this time with my dad but again we couldn’t be together on the night of the final. Our relationship was still building but getting better by now. Sadly AC Milan got their revenge that night and we lost 2-1, but I always believed & I’m never going to stop because we once lived the impossible dream.

Those words at approximately 8:34pm on the 25th May 2005 changed my life forever, Liverpool did their bit too mind but I’m not just talking about football, I mean in life, every single day. We all fight our own battles and have hard times but if you don’t believe in the glorious ending then what else do you have to hold on to in those moments of need?

This Saturday, on the 26th May 2018, I will be sitting down with my dad to watch Liverpool play in the final of the European cup, together, for the first time.
Always believe. 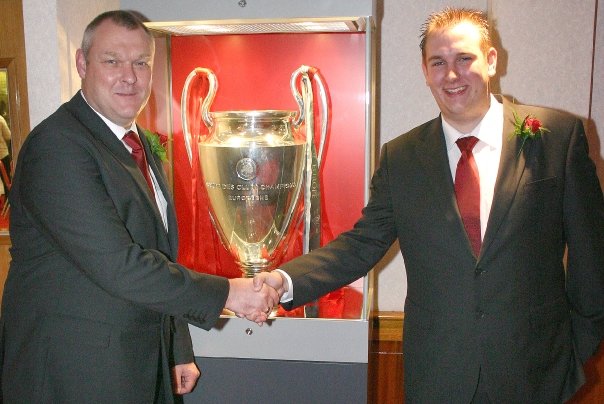